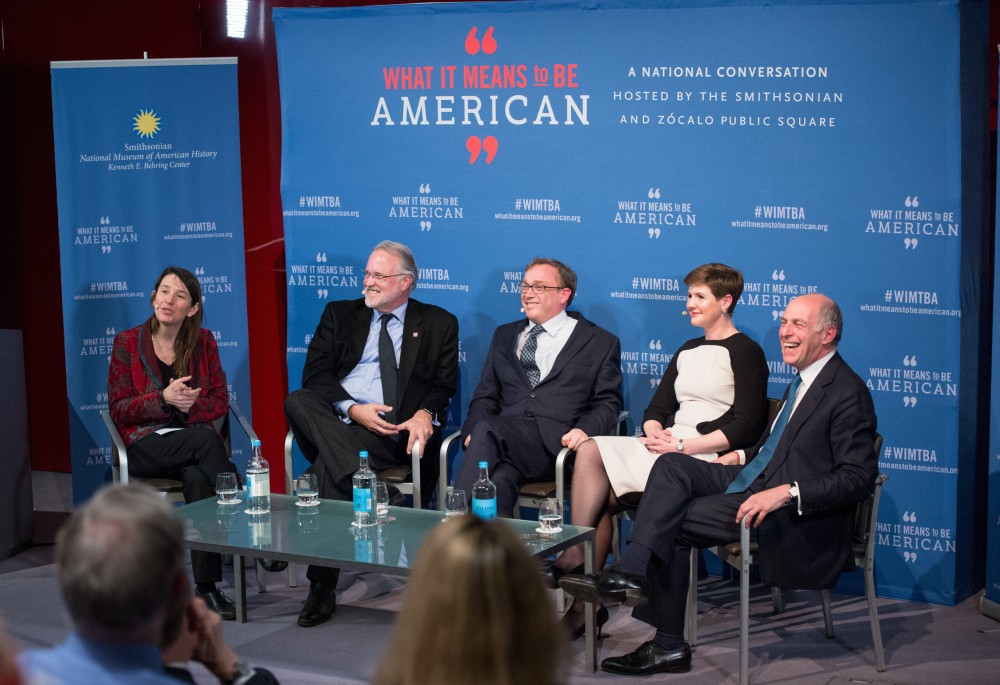 Zocalo Public Square presents "What It Means To Be American" Panel Discussion at the British Museum, London, March 9th 2016

If you’ve ever seen close siblings argue, you will get a sense of the relationship between Britain and America—and a sense of the discussion trying to define this relationship at a Smithsonian/Zócalo “What It Means to Be American” event at the British Museum in London.

In front of a full auditorium, a panel of experts challenged, interrupted, and joked with one another in a wide-ranging conversation that covered McDonald’s, gun control, President Obama, and English philosopher John Locke. There was no doubt that America owed a great deal to Britain, but the question of the night was how much it remained influenced by its former overlord.

Panelist Adrian Wooldridge, of The Economist, staked out the position that America remains fundamentally British. But panelists Craig Calhoun, director of the London School of Economics and Political Science; author Erin Moore; and moderator Brooke Masters of the Financial Times—who were all born in America but live now in the U.K.—pointed out the ways that America has forged a very distinctive path since those early British days. Panelist Loyd Grossman, a broadcaster and entrepreneur who was born in America but also has the title of Commander of the Order of the British Empire, was somewhere in the middle—and often defused the tension with wry humor.

“I’m making the case that America is fundamentally a British colony,” Wooldridge said. “… The DNA are British and about the relationship with the British. And everything else is of secondary importance,”

He noted that the ideals of life, liberty, and the pursuit of happiness, enshrined in the Declaration of Independence, represented a twist on Locke’s argument that political society exists to protect a person’s life, liberty, and estate. America also inherited Britain’s Protestant religion and common law that set the blueprint for American laws. And when the 13 colonies rejected monarchs, titles, and aristocrats, it was a reaction to the King of England’s rule.

Wooldridge pointed out that when Queen Elizabeth II visited America in 1976 to celebrate the 200th anniversary of the Revolution, politicians were still falling all over each other to wrangle an invitation to the dinner President Ford was hosting for her. Ford, he noted, thought he’d lose more friends over the queen’s dinner than anything else he’d ever done.

Moore, author of That’s Not English: Britishisms, Americanisms, and What Our English Says About Us, said characterizing America as still a British colony was unfair. “What we have is really more like a long-term, long distance relationship,” Moore said. “Over our history, we have had moments of falling in love and moments where the tides just went out on the relationship.”

Calhoun said that the influence Britain has over America is much weaker than it used to be. For one thing, there’s a sense that America embraces its identity as an “immigrant country” more strongly than Britain does. “With the migrant crisis here [in Britain], you get people saying, ‘I don’t know why other people want to move,’” he said. “They should just stay [where they came from] and fight for a better country like my ancestors did.’”

He pointed to religion as another point of difference—there are higher rates of church participation in the U.S. than in British society, which values secularism much more highly. Calhoun also pointed out that America has a more decentralized form of government compared to the very centralized form of government that characterizes Britain right now. Schools don’t close when there is a federal shutdown, he said. Healthcare is run by the private sector. The American federal government “is not the go-to institution in most cases,” he said.

In higher education, Calhoun said he has witnessed some particular differences. For one thing, while he had to study British history when he was younger, there is almost no market for people earning doctorates in British history now. And, at least in the area of college admissions, there’s a clear distinction in what is considered just. There’s a sense in Britain that standardized tests and taking people out of their contexts will make admission fair. But in America, what is fair is whether a university class is representative of the population.

“It’s not that one of them is egalitarian and the other is inegalitarian,” Calhoun said. “They are both in many ways are inegalitarian. … There are inequalities [in Britain] but they’re organized differently.”

Grossman added: “You could say that both societies are extremely elite and the major difference is the extent to which they pretend not to be.”

Said Moore: “The thing I think of when I think of America, that makes you proud to be American, is the idea is you really believe you can be, do, or have anything, if you’re willing to work for it. That’s something I think is that frontier spirit, the can-do spirit of optimism … I don’t get that here [in Britain].”

Masters pointed out that Americans’ experience with the frontier has led to great differences when it comes to gun control—with Americans feeling as if the freedom to bear arms is an absolute right.

But Grossman said that Britain also had a “frontier” with which to contend: “The British did have this thing called the British Empire, which involved people who were very ambitious and going out and taking over other countries, just as we did in the United States.”

Wooldridge took issue with many of the other arguments. He noted that he once visited a National Rifle Association exhibit in Nashville where one pro-gun participant was selling piles of books by the Oxford historian Christopher Hill; he said that figures on social mobility show that the U.K. and the U.S. are the two least socially mobile societies so the McDonald’s employee’s lot was probably fairly similar in both countries; he pointed out that Social Security is a very centralized system of government entitlement; and if America is getting more diverse in its population, the U.K. is as well.

As he saw skepticism in his fellow panelists’ eyes, he remarked, “I’m trying to defend this indefensible proposition.”

“And it’s very British of you,” Calhoun quipped back.

But there were concessions on both ends. Moore said some of the biggest “influencers” of American culture are British—the heads of Vogue, the Wall Street Journal, and American Idol, for example.

And Wooldridge said that the idea that the British are really funny and American are really serious has faded away as much as the idea that England is really good at making television, while America is terrible at it. “Both those things have been completely reversed in the last few years,” he said. “You can put on Radio 4 and comedy is abysmal and all the best television—you know, Breaking Bad—it all comes from the United States.” 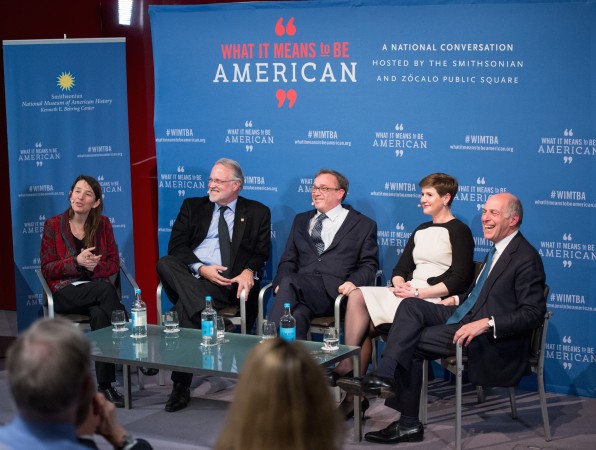 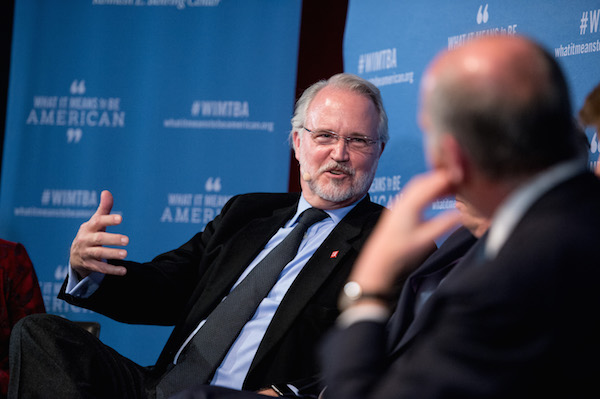 Craig Calhoun, panelist and director of the London School of Economics 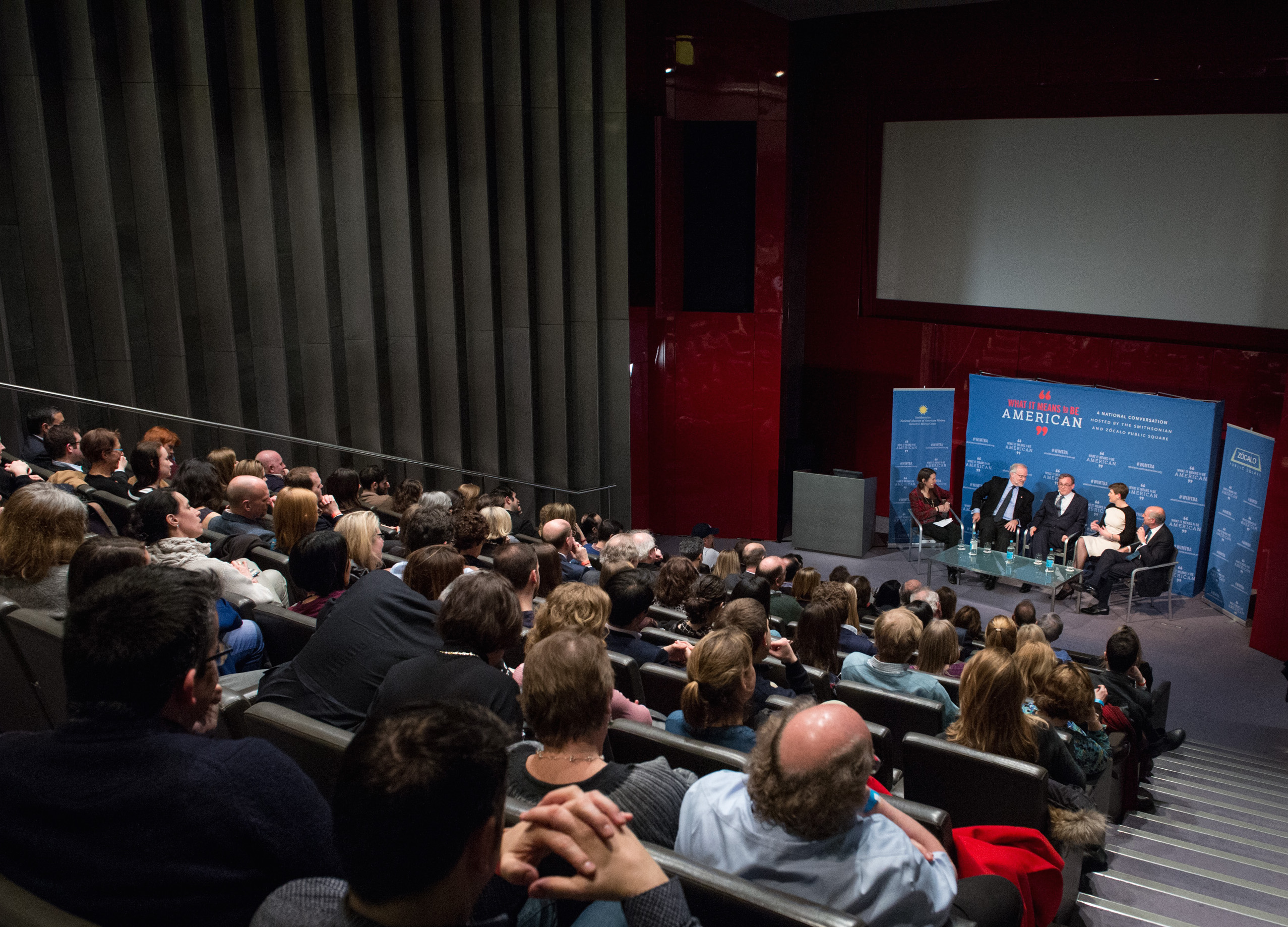 Full house at the British Museum 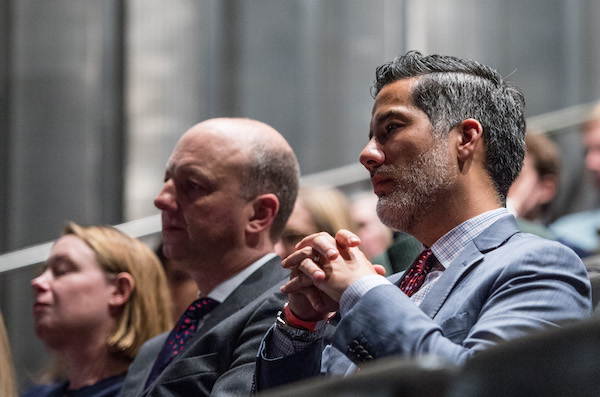 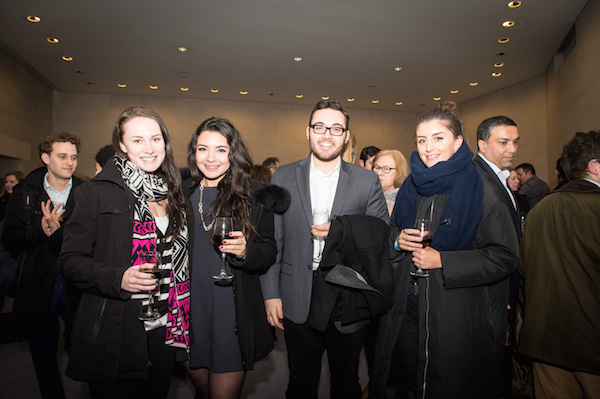 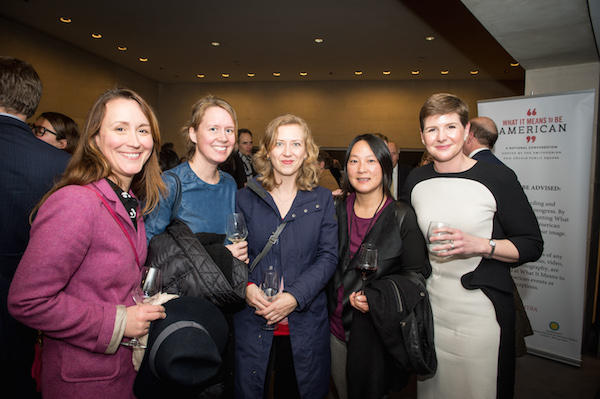 Panelist and author of That’s Not English Erin Moore, right, with guests at the reception