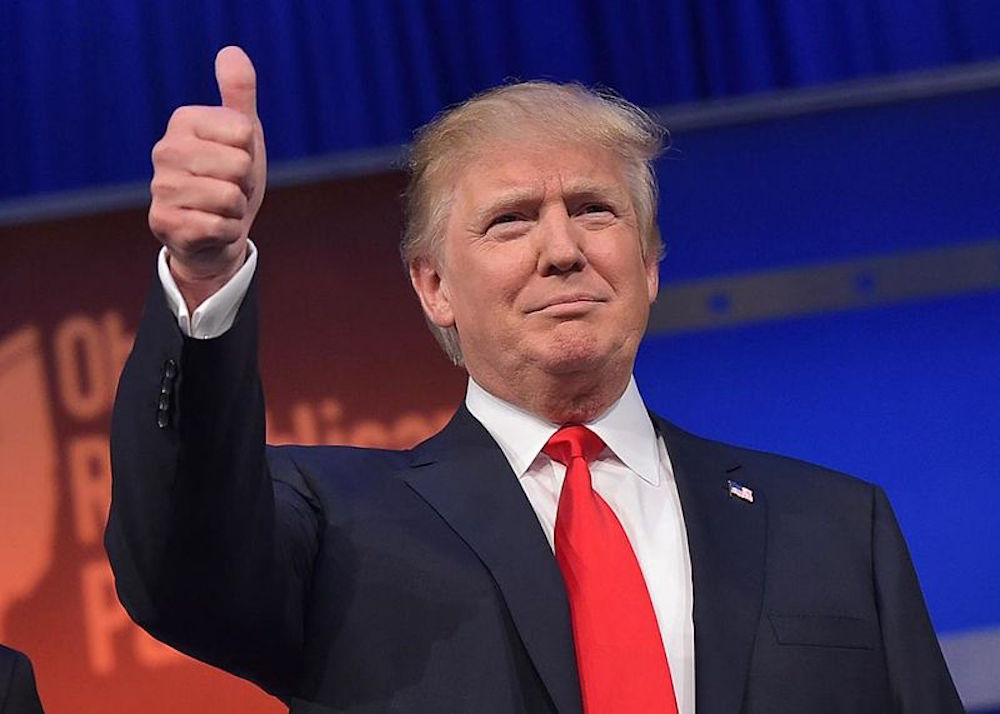 Sorry, America, but we Californians are not going to stop Donald Trump for you.

To believe otherwise is to misunderstand California.

I can see how you got your hopes up. Trump might be less popular here than Bill Cosby. Polls show at least three out of every four of us don’t like him. California Republican strategists have launched a campaign to deny him a victory in June’s presidential primary, and thus prevent him from getting the delegates he needs to secure the Republican nomination. And many California voices want to go further. Immigrant advocacy groups have declared him “persona non grata” in the state; cities have discussed denying him permits for rallies, given his propensity to incite crowds to violence.

And, yes, he deserves every bit of our scorn. Trump stands against almost everything that our state now represents. Our culture and economy are built on diversity and integration; he divides and race-baits. Mexico is our top trading partner; he slanders Mexicans and wants to build a wall across a border that already slows down too many Californians in their personal travels and commerce. We’re devoted to science; he spews discredited nonsense about vaccines causing autism. We have big industries—technology, entertainment, logistics—built around trade; he wants to start a trade war that would damage California’s economy.

So why aren’t we up in arms? Because Californians, having reached rough consensus on almost every major political and policy issue, simply have no time to be up in arms about anything. And that’s especially true when the subject is American politics, which takes place in a country, if not a planet, different than our own. It’s also pretty rich of Americans—who hold the most important presidential contests in states smaller than some California counties and limit us to just two senators to represent 39 million—to expect Californians to save them from their own democratic decisions.

In other words: Trump is your problem, America, not ours.

This attitude was perfectly expressed in a joke Gov. Jerry Brown told recently: “If Trump were ever elected, we’d have to build a wall around California to defend ourselves from the rest of this country.”

Fortunately, President Trump is still a long shot. And, despite Californians’ famous ability to mass-produce fantasies, we are cold-hearted realists, loath to waste any of the precious time we don’t spend in traffic. More than 70 percent of us can’t do anything to stop Trump in this election; the only people who can vote in the GOP primary here are a small, rapidly dying subspecies of homo Californiens called Republicans. And, no matter how those Californians vote in June, is there anything that would make Trump go away? Isn’t he one of those chronic conditions of modern American life—like skin cancer or diabetes—that you just have to manage?

More than 70 percent of us can’t do anything to stop Trump in this election; the only people who can vote in the GOP primary here are a small, rapidly dying subspecies of homo Californiens called Republicans.

In other contexts, like public health, California does know how to stop things—and even ban them. Though that requires a complicated mix of court rulings and regulations. And we love to pick on small targets. We’ll ban foie gras or shark fin soup in the blink of an eye. We bar teenagers from tanning salons and are in the process of separating grocery shoppers from their plastic bags.

But Trump is too big and unwieldy a creature for our infrastructure of prohibition. I suppose that could change. Maybe he’ll set himself on fire, and we could throw our anti-smoking laws at him. If he takes a swim in one of our rivers, state biologists could go after him as an invasive species. But even though his campaign rhetoric is a threat to our civic environment, the California Environmental Quality Act—a favorite California tool for delaying new projects of any kind—can’t be used to stall his campaign past the primary date. (Though if somebody wants to try that legal tactic, please be my guest.)

The idea of stopping Trump also bumps up against the one cultural tendency Californians share with him: over-the-top hucksterism. He’ll sell crummy casinos and steaks and bogus “university” classes just as Hollywood sells formulaic sequels as must-see and Silicon Valley’s “serial entrepreneurs” describe dumb apps as innovations. Our excessive behavior can compromise us when we get moralistic. I’d love to see Santa Barbara’s Katy Perry or Long Beach’s Snoop Dogg issue an anti-Trump anthem, but how exactly would stars like that call him out on his outrageous antics?

Of course, we do have a few levers of power that would make life difficult for him, but it’s unlikely we’d use them. Theoretically, our media could limit coverage of his nonsense, or at least give opponents equal time—but there’s zero chance of that happening. Our pro sports facilities could deny him space for rallies (they could do it in solidarity with the L.A. Dodgers, whose general manager Farhan Zaidi is a foreign-born Muslim, and thus one of a class of people Trump wants to keep out of the country). But watch them give Trump the space and rental fees. We could boycott the Trump National Golf Club in Palos Verdes, and its $180 greens fees for the public, but that would require L.A. gourmands to deny themselves the “Trump Seafood Tower” of lobster, shrimp, oysters, crab claws, and caviar for $59 (or $66 with two glasses of champagne) at one of the club restaurants.

If we were serious about stopping Trump, we’d have already rallied Silicon Valley to the cause. These days, most difficult California problems—from taxation to marijuana legalization to cancer immunotherapy—are addressed by texting Sean Parker, the former Facebook president and early backer, and asking him to apply his brain and dollars to the issue. And if Twitter’s rules were seriously enforced (which they aren’t), CEO Jack Dorsey would have already suspended Trump’s account. After all, those Twitter rules say plainly: “We do not tolerate behavior that crosses the line into abuse, including behavior that harasses, intimidates, or uses fear to silence another user’s voice.”

Heck, if our fervently anti-Trump legislature really wanted to make life difficult—and make a point—it could pass a law declaring that California businesses don’t have to serve hatemongers and their campaigns. Such a move also would offer a rejoinder to laws in other states—nearly all of them won by Trump—that permit businesses to discriminate against gays and lesbians. Call it a reverse North Carolina.

But California isn’t serious about stopping Trump. And that may be just as well. He feeds on opposition, and would use attempts to frustrate him to portray himself as a victim. Which is why, as California spends May in the spotlight of the presidential campaign, the best strategy may be to stay true to ourselves, and to ignore Trump as best we can.