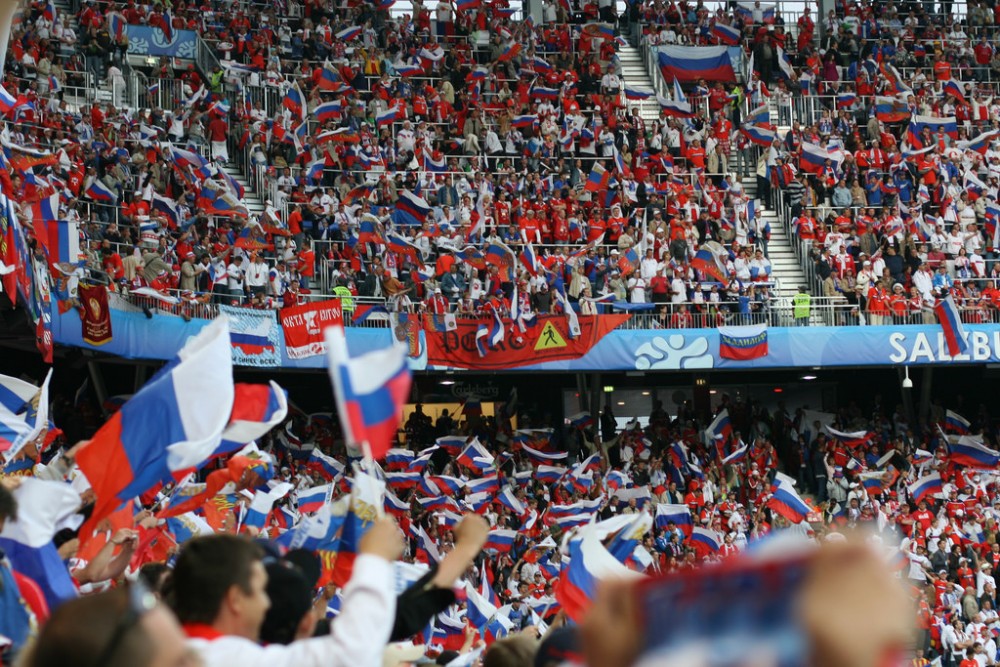 In authoritarian political systems, sports take on outsized importance. After all, national greatness is part of the bargain. A measure of democratic freedom is traded for strength and victory, whether on the battlefield or in the stadium. That logic holds for Vladimir Putin’s Russia, too—which is why you could say Putin has had very bad month.

In France, at the Euro Cup, the violence of Russian hooligans almost got the national team banned before a humiliating loss to Wales took care of that, sending the Russians home doubly embarrassed. Days later, the International Olympic Committee upheld a ban on Russian track and field athletes at the forthcoming Rio Summer Olympics in response to evidence of a widespread, state-sponsored doping project. Seeing as the legitimacy of the Putin system comes less from the ballot box than from the deliverance of national pride and success, it was likely not the most upbeat of weeks inside the Kremlin.

Dating back to the Cold War, Soviet rulers embraced sports as a vehicle to prove communism’s superiority at whatever the cost. International sporting events are a way of forcing the West’s acceptance—as Putin achieved in hosting the Sochi Winter Olympics two years ago—and of delivering a sense of national pride by winning. The Russians were so desperate to win, we now know they resorted to extensive doping.

These days, it seems like international sports deepen Russians’ sense of grievance and isolation from the world. Sports have become a microcosm of Russians’ conflicted desire to gain the respect and validation of an international world order whose legitimacy they question as well as seek to undermine. 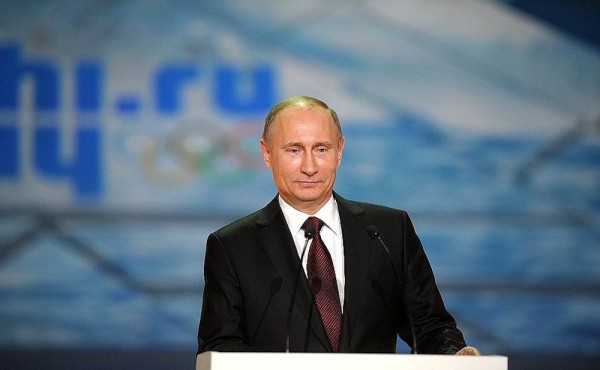 Successive generations of Kremlin rulers have tried to project the image of the country as a besieged fortress, alone in the world and surrounded by enemies. For Putin and those around him, Russia’s latest tribulations in the world of global sport seem to bear out that worldview. First came the clashes in Marseille, in which Russian soccer fans fought with England supporters during the Euro Cup. Some Russian fans shot flare guns towards the English section of the stands and burst into the section as the match ended. Fights spilled out in the streets as well. More than 30 people were hospitalized, including several with critical brain injuries.

Russian soccer fans are late to international hooliganism, but the Western press and French law enforcement still managed to make it sound like there was something novel and sinister about the Russian version of the problem, calling Russia’s violent fans “well-trained” and organized. Russians, in turn, pointed to the bad press as yet another example of Western institutions’ inherently anti-Russian ideology.

Similar to how Russian officials have responded to, for example, Western sanctions over Ukraine, they hit back on criticism over fan violence, conceding nothing and instead raising the rhetorical temperature. Vladimir Markin, a top Russian law-enforcement official, suggested that Europeans couldn’t handle Russia’s soccer fans because they are more accustomed to gay pride parades than dealing with “real men.” Igor Lebedev, a deputy in Russian parliament and a member of Russia’s football union, said, “Nothing wrong with fighting. Keep it up boys!”

With time, however, the tone changed. The Russian team was fined 150,000 euros and given a suspended disqualification from the tournament—one that proved superfluous after the disastrous 0-3 loss to Wales—which appeared to convince Russian officials that the matter was serious enough not to be laughed away. The ugliness of the violence immediately raised questions about Russia’s ability to host the 2018 World Cup, which will be held in 11 cities across the country. Even before the brutal scenes in France, Russia’s World Cup was already tarnished, marred by the specter of corruption and vote buying. Putin has been a lonely defender of ousted FIFA president Sepp Blatter, the man who presided over the selection of Russia to host in 2018 and who has since been brought down by allegations of corruption. With an event of such national prestige at stake, Russian officials began to display uncharacteristic contrition. The country’s sports minister, Vitaliy Mutko, said that violent fans in masks “brought shame on their country.” For his part, Putin condemned the attacks in Marseille, calling them a “disgrace.” But Putin couldn’t help himself, adding, “I truly don’t understand how 200 of our fans could beat up several thousand English.”

Although some anonymous British officials theorized the Russian hooligans were part of the Kremlin’s strategy of “hybrid war”—using a patchwork of covert, deniable means to undermine the Western security order—that seems an unfounded and paranoid exaggeration. Over the years, nationalists and football hooligans have periodically been convenient allies of the Kremlin, but ultimately the Putin state is wary of uncontrolled violence, which could one day threaten its own power. The young men who came to France from Russia may have been well prepared for a fight—armed with metal bars and fingerless gloves—but in many respects, their inspiration comes more from the English football hooligans of the 1970s and 80s than anything homegrown.

Sports have become a microcosm of Russians’ conflicted desire to gain the respect and validation of an international world order whose legitimacy they question as well as seek to undermine.

Just days after the soccer hooligan controversy, on June 17, the International Association of Athletics Federations, the governing body for track and field competitions, banned Russian athletes from the 2016 Rio Summer Olympics for sustained and wide-reaching doping violations. The decision was historic, as individual athletes have been barred from international competition for doping but never entire national teams. Investigations into Russian doping suggested an illicit program with alleged support of the country’s security services. To date, Russia’s response to the allegations, which have gathered in strength and damning detail in recent months, has been to try and cauterize the wound, admitting to a certain degree of malfeasance while denying a deeply rooted culture of doping condoned at the top. After the ban was announced, Putin tried this tactic anew, suggesting doping violations were limited to a few individuals, and that banning the whole track and field team amounted to “collective punishment,” saying it was akin to a prison sentence for “an entire family” if one relative committed a crime.

The International Olympic Committee upheld that ban, while keeping open the possibility that individual Russian athletes who go to extraordinary efforts to prove they are clean could be allowed to compete. Either way, the whole affair casts a far more humiliating note on Russian sporting exploits. It’s possible Russia may turn its back on Rio in a huff. A widely circulated tabloid with Kremlin ties asked the question, “Is it worth Russia going to Rio?” After all, the editorial posited, “They want us to crawl to them on our knees, ask forgiveness, and beg to be let in.”

For Putin and those close to him, efforts to exclude or punish Russia, whether for its annexation of Crimea or support for state-sponsored doping programs, are seen sees as pieces of a larger conspiracy. Today’s Russian elite sees plots against its power and authority everywhere it turns. Some of those visions are grounded in actual Western policy, if a distorted understanding of it; others are nothing more than baseless, paranoid fantasy. And, like its poorly performing soccer team or apparently state-run doping program, no small number are problems of Russia’s own making.

After the loss to Wales, a fitting joke started to make the rounds, playing Russia’s sporting woes off the geopolitical tensions it has encountered over the years. Echoing a comment that Putin made in 2014, when he said that unidentified soldiers in Crimea weren’t Russian troops but had purchased their military gear in a shop, the joke has Putin saying, “Those aren’t our soccer players on the field, they just bought their uniforms in a shop.”