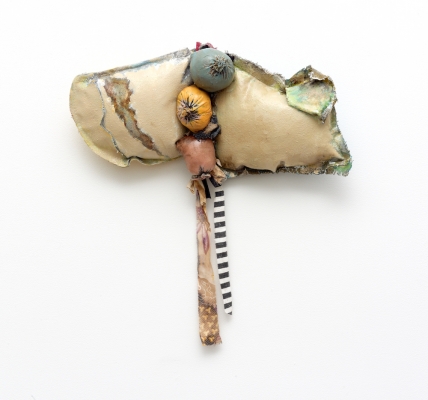 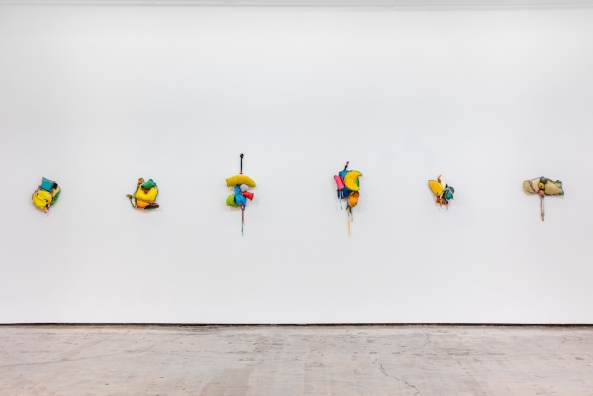 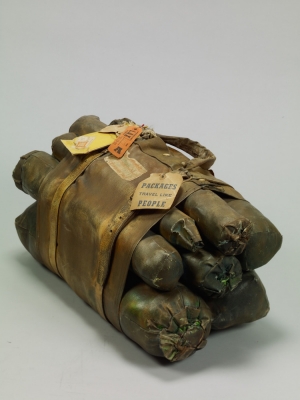 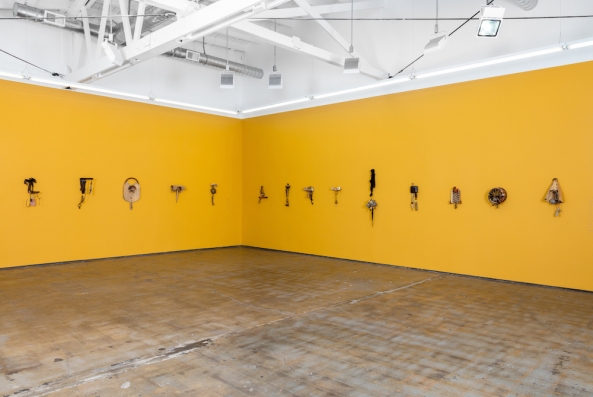 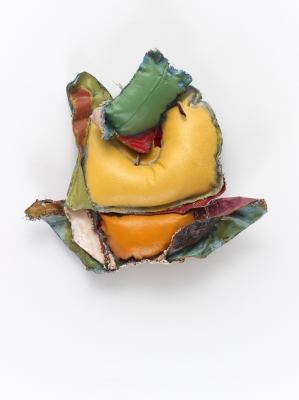 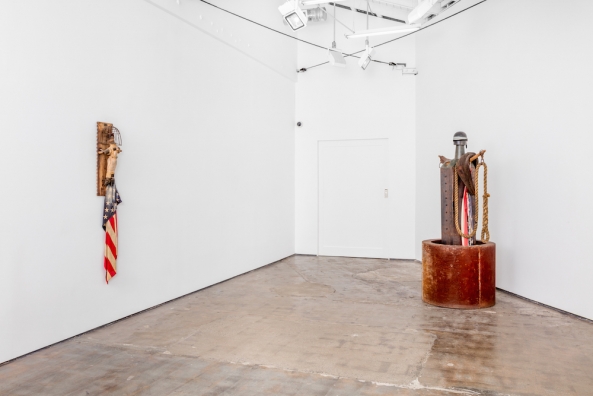 John Outterbridge has spent more than eight decades noticing, saving, and recombining parts of his surroundings. It’s an artistic method. His sculptures bring together different found materials, and the resulting assemblage turns what might seem like random detritus into a concentrated aesthetic experience. But it’s also a philosophy. “At its root,” Outterbridge explained recently in an email interview, “is the idea that everything has value. Everything has meaning. Everything has impact.”

Outterbridge was born in 1933 in Greenville, North Carolina, where he saw and felt the effects of segregation and took in from his mother the need to “press on” despite racist oppression. He arrived in Los Angeles in 1963, two years before the Watts Riots. Anne Ellegood, senior curator at the Hammer Museum, explained recently how assemblage was part of that moment. For African-American artists, a practice that made profound meaning from what society had cast off was part of a general demand for recognition of under-served communities and unrecognized histories. Assemblage has a varied history—back to Marcel Duchamp’s readymades, at least, and including Robert Rauschenberg’s combines, Joseph Cornell’s boxes, and Edward Kienholz’s installations. Outterbridge is part of a prominent group of black artists—including Noah Purifoy, Betye Saar, John Riddle and Senga Nengudi—who nurtured their careers in Los Angeles and remained inter-connected as they rose to prominence. They brought a modernist genre into conversation with African-American heritage, which Angelenos were reminded of in “Now Dig This!” a group show of L.A. black artists active in the 1960s and ‘70s presented at the Hammer and part of 2012’s “Pacific Standard Time,” a multi-venue exploration of Los Angeles’ art scene.

Like several in that set, Outterbridge took his creative practice into arts education and organization as well as art-making. Centering these efforts in the South Los Angeles region, he cofounded the Compton Communicative Arts Academy in 1969. He was later director of the Watts Towers Art Center, housed next to Simon Rodia’s iconic Watts Towers—a mosaiced monument meticulously embellished with salvaged shells, tile and glass—and co-founded by Purifoy after the Watts Riots. Outterbridge worked there for 17 years. He lived the belief, as Ellegood put it, that “art has a social role and can actually change society.” Outterbridge’s assemblage is uniquely suited to this kind of change—since it is open to and valuing all. “Wherever I was,” he said, “anything was available and anything could be used and was used.”

It was a lesson that connected the evolving conditions of L.A. with Outterbridge’s earliest experiences. He learned as a boy the beauty of folk art and the aesthetic wisdom of everyday practices. “The rags that hung out to dry blew in the wind like colorful tapestries,” he remembered, “and I was touched by the perfect order that those rags had.” He treasured ad-hoc assemblage in his neighborhood like “the glass bottles in the trees that made music for me and my siblings.” Outterbridge’s father worked as a so-called “junk man” who would collect and resell discarded objects, so “John really grew up with that kind of ethos,” Ellegood said. “Things could always be re-used.”

The current show—called “Rag Man”—emphasizes how Outterbridge’s recent work, especially, looks back to these childhood lessons. A series called “Rag and Bag Idiom” reuses bits of textiles discarded by L.A. manufacturers—in brightly painted, abstract sculptures that seem more organic the more one looks. Other works are drawn from a series using dolls and reflecting on the way different cultural and religious traditions employ such objects. Curated by Ellegood and Jamillah James, the exhibition opened first at Art + Practice in Los Angeles and is on view this month at the Aspen Art Museum. While it’s not a retrospective, it demonstrates the continuities of Outterbridge’s long, steady career.

Assemblage makes that longevity an especial asset. Recollections are so many bits of material, too. “I put memories … away in pockets and places,” Outterbridge said. “I wrap things up and save them for a time they might be useful. That’s the nature and the practice and the process of assemblage.”

But that’s also, he added later, “what life is. We take it all in and we push it right back out in some other form.” For Outterbridge, his art is a creativity, a philosophy, a politics, an education—and “a celebration.” It’s “an affirmation of life.”