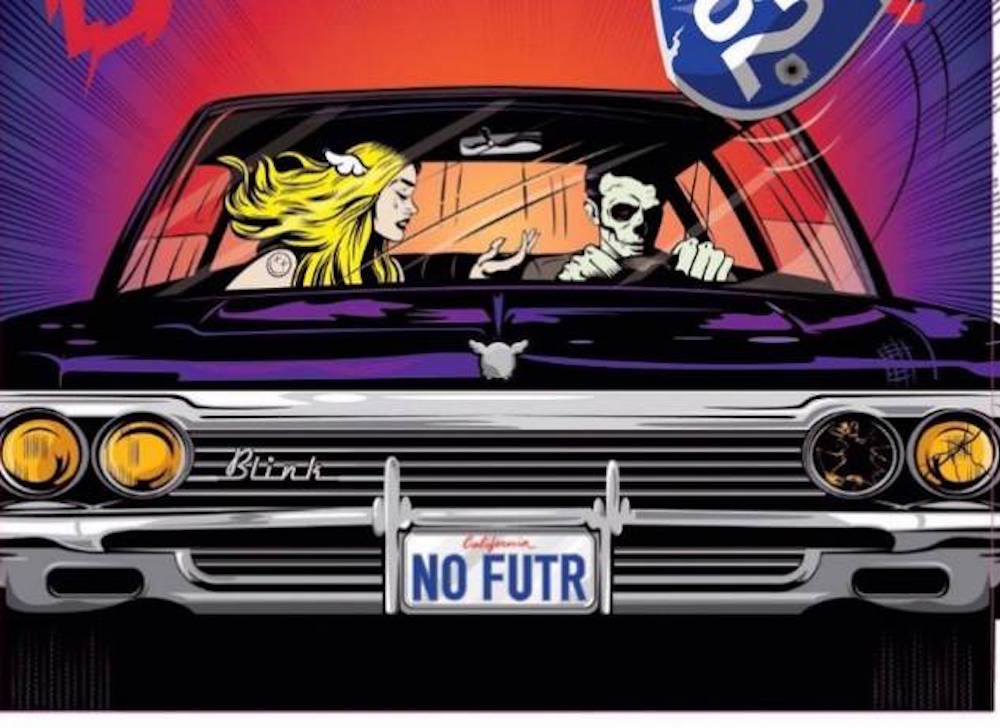 How is California doing these days? The answer may depend on whom you believe: Governor Brown or Blink-182.

This summer has exposed a divide in perception of California, between the political triumphalism of our elected officials and the decidedly more anxious state of affairs depicted in the broader culture.

Our state’s political and media elites are selling the idea of a “California comeback.” They say—in speeches, op-eds, and books—that the Golden State, not so long ago dismissed as dysfunctional, is the closest thing America has to a working man’s paradise. Looking at the state through the lens of its government, they even suggest we are a global model of balanced budgets, bipartisan cooperation, and progressive policies in climate change and gun control.

But in the midst of a summer when California is at the center of the culture (from the film Finding Dory to the origins of the “Pokemon Go” craze), the portrayal of California by non-political storytellers is far less triumphant. This is particularly true if you turn on the radio. Musicians are singing about a California of frustrations, forgotten places, and human struggles to find a footing here.

No document speaks to this alternate view more powerfully than California, the terrific new album from Blink-182, the legendary pop-punk bank formed in Poway, outside San Diego, two decades ago. Last week, Blink-182’s California rose to number one on the Billboard 200 Chart, which ranks the top albums across all genres using Nielsen Music’s compilation of album sales, audio on-demand streaming, and digital sales of tracks from the albums.

The album’s lead single, “Bored to Death,” became the band’s first number one track in more than a decade—that’s the kind of return to form after a long hiatus that Jerry Brown, now in his second stint as governor, could understand.

But the album California has no talk of comebacks. Its first song is called “Cynical” and it gets rougher from there, with tracks in which the narrator just tries to prevent decline. The band’s song about hometown, “San Diego,” is a goodbye to a place they’d rather not go back to—“I can’t sleep cause what if I dream of going back to San Diego.”

Their song “Los Angeles” references the demolition of the Sixth Street Bridge and the voices of people living on the streets in Downtown, asking, “Los Angeles, when will you save me?” In “Rabbit Hole,” the band tries to convince itself “I won’t fall down … I’m barely standing on the ground.” In “Left Alone,” the chorus asks, “Can you remember the last time we woke up sober?” And in “Home Is Such a Lonely Place,” Blink-182 sings, “We’re falling faster than we can fly/ Forgotten seconds out on Sunset Drive/ And I hold on tight/ But not enough to hold you back.”

The hit, “Bored to Death,” is even bleaker in its sense of disconnection in a California in which “life is too short to last long” and people are “broken, lost and cold, and fading fast.” The album’s title track begins: “Beige little boxes in a row/ Neighbors and friends that you don’t know/ Here’s a form go wait in line.” My favorite song on the album is “No Future,” with its infectious and taunting chorus: “You don’t know a thing about it/ Hours lost to dawn from dusk/ Yeah, they don’t care about you.”

[Blink-182’s] song “Los Angeles” references the demolition of the Sixth Street Bridge and the voices of people living on the streets in Downtown, asking, “Los Angeles, when will you save me?”

Of course, Blink-182 is punk, of a sort, and punk isn’t supposed to be happy. But the same sense of anxiety and foreboding about California has been a strong recent theme even from more upbeat singers. Last year’s California-heavy album Wildheart from Miguel, the Grammy-winning guitarist and singer from San Pedro and Inglewood, was popular for its frankly sexual songs but couldn’t disguise an underlying fear of decline. “Heart caught in a rip tide, cold Pacific waters keep on pulling me under,” he sang in the album hit, “Leaves,” with its chorus juxtaposing “sweet California, sour California, bitter California.”

Blink-182 writes about not being able to go home again, the same idea that is at the center of the plot of Finding Dory, the animated film from Emeryville-based Pixar that is this summer’s top-grossing movie. Dory, a Pacific blue tang fish with Ellen DeGeneres’ voice, rides a current to California, where she escapes a nasty giant squid who tries to eat her fish friends. She and those aquatic buddies end up in a scary California aquarium.

But Dory, it turns out, is from Morro Bay. And like so many Californians who grew up in the coastal counties, she dreams of figuring out a way to return home and live near her parents. While this is very difficult for human Californians, given the daunting combination of stagnant incomes and sky-high housing prices, Dory is a fish in a movie fantasy so—spoiler alert!—she escapes the aquarium and follows a trail of seashells back to her family in the waters of San Luis Obispo County. (Fear not—Central Coast tourism officials are already busy exploiting this cinematic opportunity).

Of course, these days, no California triumph can be celebrated whole-heartedly. The San Francisco start-up Niantic (a spin-off from Google) had little time to celebrate the global triumph of its “Pokemon Go” before a massive public backlash against the free smartphone game began, with authorities blaming it for car accidents, falls, and robberies. And then hackers shut it down, ruining everyone’s fun.

California’s mix of political triumphalism and cultural anxiety has left the public somewhere in the middle. In a new Field Poll that focused on attitudes about government and politics, a narrow majority of voters says the state is “on the right track,” even as other surveys show big and broad concerns about the economy, drought, and the country as a whole.

The best cultural approximation of this middle ground comes from a new song “The Other California,” written by Erin Friedman who, along with her bass player-vocalist-husband Craig, makes up the country-folk duo Still Married. Their song, the first of what promises to be a future album, is a celebration of the far north part of the state—the musicians also run a mailing and shipping business in Redding—that’s forgotten, full of fight, and “rugged, raw, and real.”

On the phone, Erin Friedman said she saw the state’s struggles but, in her part of California, “I see a younger generation and a lot of movers and shakers that are very optimistic about the future … that will keep this area surviving and economically feasible.”

As we talked, I asked her to name her favorite California song and she mentioned The Eagles’ “Hollywood Waltz,” which argues for finding a middle ground between California’s boosterish hype and its bitter disappointments.

“So give her this dance,” goes the chorus of that 1975 hit, “She can’t be forsaken. Learn how to love her with all of her faults.”