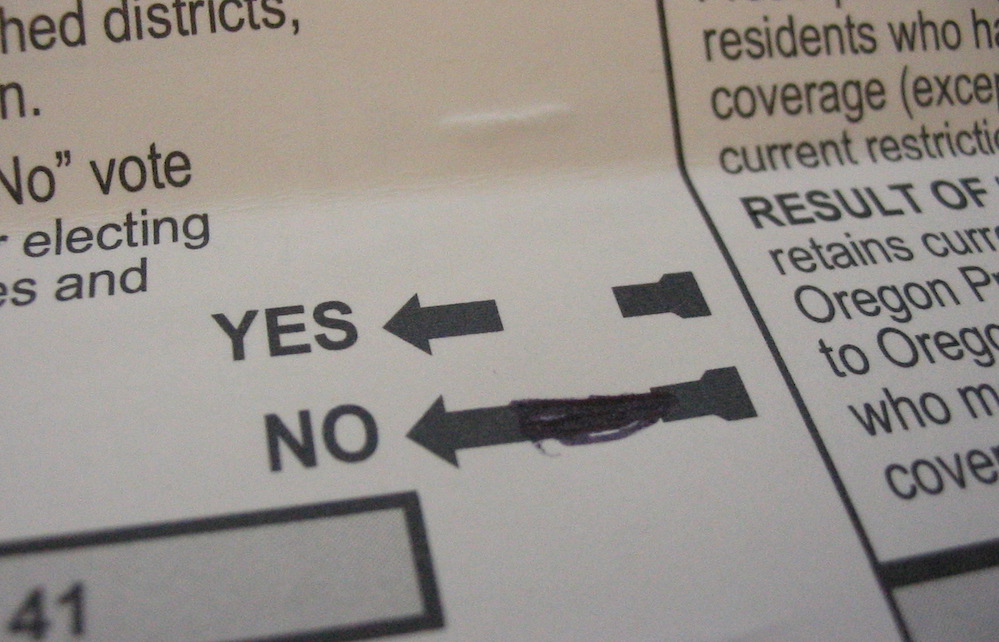 Do you think Brexit was a singularly British form of folly, having little to do with California? Think again. California is the global capital of Brexit-style votes, and this November’s state ballot is littered with mini-Brexits.

Don’t think of “a Brexit” as a vote to leave a larger political or economic union. (California isn’t about to leave the U.S.—though a Trump presidency would sure stir a movement for Calexit). Brexit is better understood as a special kind of ballot measure—a plebiscite. Plebiscites are placed on the ballot not by civic or interest groups to advance a cause but by powerful politicians to serve their own political needs.

And plebiscites—to put it bluntly—are cursed. The term comes from the Latin pleb-, the common people, and scitum, decree. But given the way it’s played out, these days it may as well mean “backfire.”

The plebiscite curse—a phrase I first heard from political scientists studying direct democracy globally—describes a tendency of plebiscites to blow up in the faces of the powerful people who pursue them. There are hundreds of examples around the world. Among the most famous was Chilean strongman Augusto Pinochet’s 1988 plebiscite to extend his constitutional power; clever dissidents exploited the opening to beat the plebiscite and end his hold on power (a campaign brilliantly portrayed in the 2012 Oscar-nominated film, No).

The British Brexit was a classic of the plebiscite curse. Here, the self-cursed politician was Prime Minister David Cameron, who wanted his country to remain in the European Union but put the Brexit question to the voters in order to quiet, once and for all, the anti-EU voices within his own party. He assumed that after wresting some pro-British concessions from the EU, he could win the vote, and put the Tories’ longstanding Hamlet-like “to be or not to be European” debate to rest. Instead, the British voters decided to leave—and the U.K. lost its way in the world, and Cameron lost his job as prime minister.

This should all sound vaguely familiar to Californians. Our elected officials have long put measures on the ballot—and been hurt by their defeat or hamstrung by the unintended consequences of victory. The biggest and most recent example of the plebiscite curse here was Gov. Arnold Schwarzenegger’s 2005 special election for four ballot initiatives of his own making. All four lost, and he only saved his governorship by repudiating his own effort and replacing his top advisors. Governors going back a century—including Ronald Reagan, who distanced himself from his own failed budget reform Proposition 1 in 1973 by saying he himself hadn’t understood it—have been damaged by their own cursed plebiscites.

And while similar outcomes are seen in other states and countries that permit ballot measures, no place has been as frequently or deeply cursed as California. One reason: our state is the only place where a law made by ballot initiative can’t be changed except by another vote of the people—forcing even plebiscite-averse politicians to go to the ballot.

When powerful elected officials use the ballot for their own devices, they can raise serious questions about the credibility of our democracy.

Indeed, California’s inflexible form of direct democracy—and a good part of the famously dysfunctional and wickedly complicated systems for budgeting, taxation and regulation that direct democracy has spawned—is itself a plebiscite curse. In 1911, Gov. Hiram Johnson held a massive plebiscite—with 23 measures on one special election ballot—to alter the constitution, introducing the initiative and referendum process. It didn’t take long for Johnson to rue his own creation—he was badly weakened by a defeat of his own 1915 plebiscite to make state elected offices nonpartisan.

This year, the November ballot is getting criticism for its excessive length—17 statewide ballot measures—but we should pay extra attention to the handful of these that amount to plebiscites, the ones placed on the ballot by elected officials who seek advantage in calling on the people to deliver their desired results, instead of relying on the power of their offices.

Gov. Brown has his own plebiscitary initiative on the ballot. It would liberalize sentencing laws, but it’s risky, and not just because it might keep more dangerous people on the streets. With crime up a bit in California and public safety a bigger concern nationally, Republicans (including San Diego’s ambitious mayor Kevin Faulconer, who is leading the campaign against the Brown measure) might defeat it and cripple the governor’s larger efforts to reduce the state’s prison population and boost programs to better re-integrate former prisoners into California communities.

Gavin Newsom, the lieutenant governor, is taking on the plebiscite curse even more forcefully with two initiatives—one to tighten gun controls and the other to legalize marijuana. He’s using both measures to show leadership and gain popularity as part of his nascent campaign to succeed Brown as governor in 2018.

But his gun control measure is resented by some Democratic legislators who are pursuing similar measures in the Capitol. And the possibility of a greater curse is real. If marijuana legalization creates social problems, Newsom will be blamed. And if Newsom’s two plebiscites lose, it could badly damage his candidacy—and his career.

The legislature also has put two measures on the ballot that should count as plebiscites—one loosening restrictions on bilingual education, and an advisory measure calling for repeal of the U.S. Supreme Court’s Citizens United decision. If they are defeated, they could hurt movements for language-immersion schools and for campaign finance reform.

The dangers of plebiscites go beyond the risks to politicians and their causes. When powerful elected officials use the ballot for their own devices, they can raise serious questions about the credibility of our democracy. Attorney General Kamala Harris has faced criticism for writing favorable ballot titles and expediting legal reviews of plebiscites put forth by the governor and other allies. In another eyebrow-raising move, the California Supreme Court, whose chief justice has been pressing for more funding for the courts, recently allowed the governor’s sentencing plebiscite to make this year’s ballot despite alterations to the measure that have delayed previous ballot initiatives. It would seem direct democracy can be more direct for insiders.

As the Brexit vote in Britain reminds us, when the leadership of a state or country loses credibility, great and risky political earthquakes can result. From Europe to California, the plebiscite is a curse that can feed on itself.