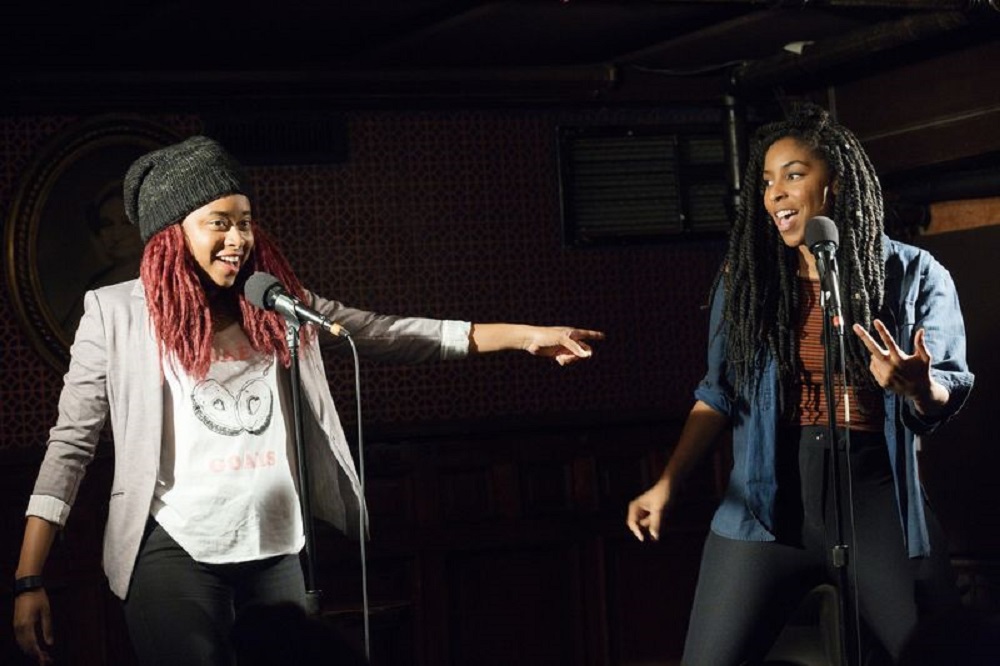 Recent conversations dominating the comedy world in the past few years have a lot to do with a changing status quo. We’ve heard it in the arguments about whether the internet is really a democratizing force that rewards the best output (content is king!). We’ve seen it in the back-and-forth over the female comics alleging incidents of sexual harassment and assault.

Finally, and perhaps most visibly, we’ve witnessed it in the debate about whether there’s a place for political correctness in comedy—that profession that profits from poking fun at others, playing with taboo, and pushing the proverbial envelope. From Dennis Miller to Jim Norton to Daniel Lawrence Whitney (a.k.a. Larry the Cable Guy), spates of comics are bemoaning the infringement on their freedom of speech wrought by overly-sensitive listeners. Even Jerry Seinfeld, famous for his harmless observational patter, took to the Late Night with Seth Meyers to voice his objections to what he sees as: “A creepy PC thing out there that really bothers me.” As an example, he refers to a joke in which he dons a stereotypical gay male affect. It hasn’t been going over too well, he says, but explains that it’s only because audiences are too afraid to laugh for fear of seeming bigoted.

While some among the anti-PC ranks are comics of color, like Chris Rock and Russell Peters, and a few are women, like Lisa Lampanelli, queen of shock comedy, those most vocal about this are, by and large, straight white male comics. A male sense of humor has long stood in as humor genera. But with the advent of Twitter, Facebook, Tumblr, Reddit, Instagram, and other social media, fans have myriad avenues for challenging this presumption of a shared comic sensibility willing to take potshots at the disenfranchised, and for finding alternatives that better fit their tastes.

Of course, these conversations are not new or even symptomatic of social media. From the Culture Wars of decades past to more modern debates about multiculturalism and diversity, there have always been those lamenting shifts in our shared identity. Though the critics may cloak it in the language of having the right to say whatever they want, what they’re really trying to safeguard is an old idea of who “we” (as a group, a university, a nation, an industry) are. In the case of comedy, the debates about political incorrectness hit on core questions about who gets to join and stay in the club: What do we think is funny? What isn’t? Who can get away with certain jokes? Who can’t? You can see why the deliberation gets so heated.

The internet has also added an extra layer of public scrutiny to these complex questions. Smartphone videos and social media virality have allowed material once confined to intimate comedy clubs to easily make its way to critical audiences across the world wide web. We’ve already seen this phenomenon in full force: Criticism for Daily Show replacement Trevor Noah’s handful of tasteless anti-Semitic and sexist tweets. A social media storm over Daniel Tosh’s joke about a female audience member being gang-raped. Offense taken at Tracy Morgan’s anti-gay rant. Outrage over Michael Richard’s racist outburst at a heckler. The trend even prompted New Yorker writer Ian Crouch to ask “Is social media ruining comedy?” His answer, for the record, was a definitive “no.”

Social media has, however, undeniably changed the power dynamic between performer and audiences. Spectators, emboldened by these new platforms, are unafraid to unleash cavalcades of criticism aimed at comics who they perceive as expressing homophobic, racist, anti-Semitic, or misogynistic worldviews.

… it’s a false presumption that being more mindful when it comes to producing humor that punches down will somehow create comedy that’s less funny. If anything, it makes it smarter.

What’s notable about these new, louder voices is that they aren’t stifling free speech (that bludgeon so often used by incorrectness defenders). They’re creating more. Comics such as Jim Norton may criticize the internet outrage gang for spending too much time railing about matters that are inconsequential, namely jokes told by comics. Upon closer examination, however, a lot of these “petty” conversations speak to issues of great significance in our society like how we portray and treat historically disenfranchised groups.

Does some of the outrage go too far? Yes. Will fear of backlash lead to some performers self-censoring their material? Perhaps. (Though you’ll note that most of these complainers aren’t exactly being silenced.) But it’s a false presumption that being more mindful when it comes to producing humor that punches down will somehow create comedy that’s less funny. If anything, it makes it smarter.

Here, too, change is afoot in the industry. The “the internet changes everything!” trope is a tired one, but it is impossible to ignore that this connectedness changes the way people produce, circulate, and consume humor. Comics are taking their talents to YouTube, Twitter, Facebook, Instagram, and podcasts. Retweets, likes, and shares can lead to a big breakthrough or, at the very least, help fill seats at a show. Although a late-night TV spot or a network stand-up special certainly helps a career, they’re no longer the only determinants of who becomes successful. Creators and consumers now have more power than ever to shape what becomes popular comedic content.

Through this confluence of a culture of sharing and a culture that’s more open to hearing from diverse comics (and that’s more diverse itself), we’re seeing a flourishing of all sorts of humor that had a hard time finding opportunities to break through. There’s Hari Kondabolu, who recently dropped a critically-acclaimed digital album joking about waiting for 2042, the predicted year when whites will be the minority in America. There’s Phoebe Robinson and Jessica Williams, who cohost 2 Dope Queens, a widely successful podcast that features the rhetorical artistry of the pair chatting it up between stand-up sets by guest comics (who usually aren’t one of the #sooomanywhiteguys they often complain about). And of course there’s Tig Notaro, who in 2012 walked on stage and launched into her now legendary viral set—“Hello. Good evening. Hello. I have cancer. How are you?”—and proceeded to fill in the details of a rough year that included the surprise death of her mother, a break-up with her girlfriend, a C. diff infection, and a diagnosis of Stage 2 cancer in both breasts.

I could go on.

Now, it seems, we’re entering an era where societal shifts in what we consider funny and who gets to be funny are making more space for all sorts of new voices. These are comics that are tackling the taboo—making provocative observations on race, sex, death, money, politics. But they’re doing it from the perspective of those who were usually the punchlines, not the comedians on stage.

At their noblest essence, comedians have always been cultural soothsayers. They levy critiques that let them be voices for the voiceless, prophets of public ills, conduits of catharsis. Despite all the challenges to the status quo in comedy, none of this core has gone away. The changes we’re seeing aren’t killing comedy. They’re just letting more people in on the jokes.