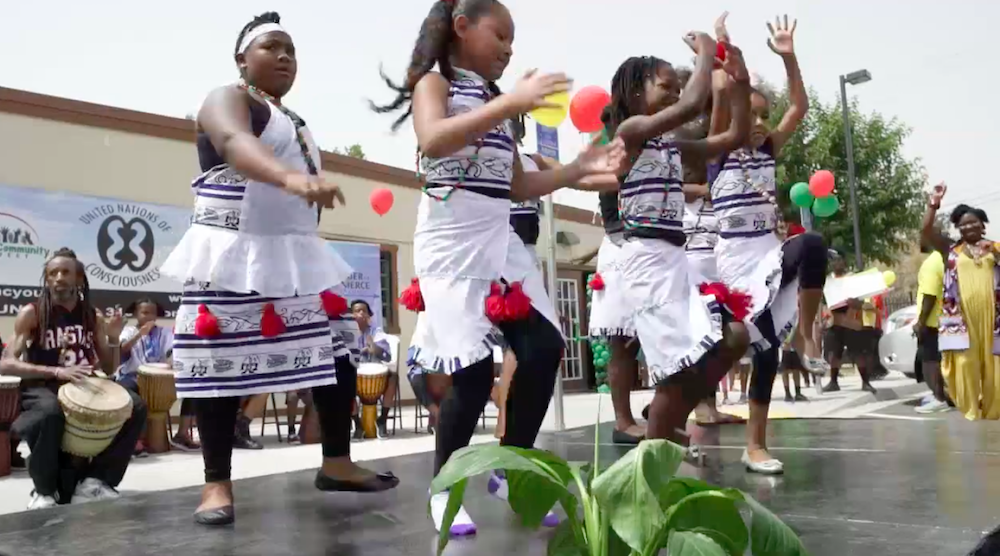 As a teenager, I was the poster child for the school to prison pipeline. Yes, I was the smart girl, but I was the smart girl in trouble. I was the kid who was always in the principal’s office. However, because of strong mentors, I somehow managed to back out of the pipeline. And now, some years later, I’m applying what I learned about that process to my community of San Bernardino, where I’m working with friends and other concerned community members to run a nonprofit that dismantles the pipeline and invigorates the community.

In the early 1990s, my mom, my two older brothers and I moved from South Los Angeles to Rialto in San Bernardino County. During that decade the black population in the Inland Empire increased significantly and many were like us—families in search of jobs and housing away from crime and overcrowding in Los Angeles.

My mom was a nurse and she worked long hours on the swing shift to provide for my brothers and me. I was in the “gifted and talented” program, and I was the queen of softball. But emotionally, I was a mess. When I was 14, I got caught shoplifting and spent three months in juvenile hall, after which I was put on house arrest. Here I was in ninth grade going to school with an ankle bracelet. I was ostracized, bullied, and teased daily. I ditched school to escape, violating my parole.

So it was back to juvenile hall for another six months, after which they wouldn’t let me come home—I was made a ward of the court. Shoplifting was my only crime but I paid dearly for it. My probation officer wanted to send me to the California Youth Authority. To me, that meant I’d get beat up and tortured and possibly killed.

But the judge didn’t look at me as “shoplifter and troublemaker” and, thankfully for me he was compassionate and sent me to a boarding school in Colorado. At boarding school there were mentors who told me that I could change my situation. “You don’t have to be this,” they said. They poured that message and that support into me and they stuck with me. I did well in my classes, excelled in sports, and I even got my first job. I promised myself that one day I would do that for someone else: I would be one of those mentors.

I returned to San Bernardino and spent a number of years climbing the corporate ladder, ultimately securing a well-paying career at a Fortune 500 media company. My salary covered a good home for my two kids and me, a nice car, vacations, and everything we needed to live comfortably.

But I wasn’t comfortable. Inside, I was struggling with the culture—everything from office politics to perceptions about my hair, which I could not wear “naturally” because the clients would not accept it. I felt like it was just me, on an island, by myself.

In 2014, I quit. I re-connected with some childhood friends and we decided we needed to do something for our community. Around this time Trayvon Martin was in the daily news and so was the violence in San Bernardino. With the support of my friends, we officially launched United Nations of Consciousness, a nonprofit dedicated to unifying and empowering people of African descent. Our first official event was a community town hall forum called “S.O.S: State of San Bernardino, Stop the Violence.” 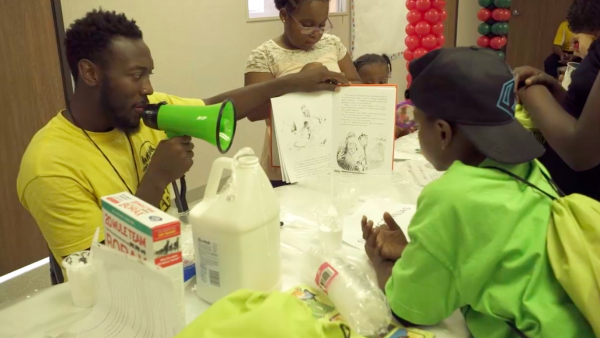 Our motto at UNC is “resources, reach, and results.” A big part of our mission is to bring together all of the many resources in the African American community—including individuals and businesses as well as political and religious organizations. Our core values are rooted in self-sufficiency, economic growth, and development.

After the town hall we began leading weekly clean-ups in our parks and neighborhoods. We held resource fairs with a health clinic on-site, GED sign-ups, and workshops on how to expunge your criminal record. Now, we are doing a lot of work with youth.

We decided to do something about the problem of summer. For some families summer vacation means months of fun in the sun. But for working families that are just getting by it’s a nightmare. How are they going to pay for childcare? Sometimes they’re forced just to leave the kids home alone all day. This summer we held our first summer session for kids, an all-day program for six weeks with workshops and enrichment.

For the summer session we had a partnership with the San Bernardino School District that was supplemented with private donations to ensure our programs were accessible to everyone, regardless of their ability to pay. The session was a six-week, all-day program, including breakfast and lunch. The total cost to San Bernardino families was a $25 registration fee.

We’re also trying to expand our kids’ horizons. Last summer I learned of a program at Cal State San Bernardino called Kids that Code. It was a week-long, immersive boot camp. It was a huge success and incredibly popular. I enrolled my son and he loved it. The fee was $450 per child for the week. This summer UNC replicated that program. We raised the funds and found the instructors to donate their time. The fee per child was just $35, and we were at capacity, with 75 kids enrolled. 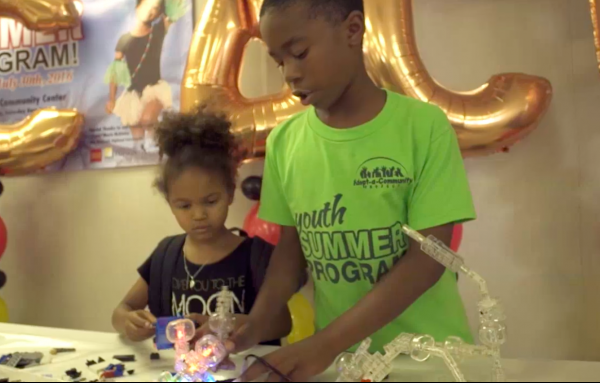 Even while we keep the costs down we keep the quality up. Our staff, our instructors, our visiting speakers are all the cream of the crop. We have regular West African drum and dance classes, open to the entire community, led by Makeda Kumasi, who teaches at UC Riverside.

We teach a Rites of Passage program for boys age 10 to 14, and a parallel Discovering the New Me program for girls, covering everything from life skills, bullying, and character-building to college readiness and finance to grooming and sexuality. Dr. Lawson Nana Kweku Bush V, chair of Pan-African Studies at Cal State LA works with our youth on how to contribute to the community while remaining safe. I have a 12-year-old son and like many in my community I’ve had “the conversation” with him, about how to talk to police—how to interact—to avoid becoming a target. For the girls, we talk about self-esteem. We bring in Tamara Ellison, a youth director at her church, a life coach, and a motivational speaker who grew up in San Bernardino.

In our summer program we had youth who were struggling with some serious issues and had very little, if any support. We tried our best to help them, but it became very clear to us that we need to develop a strategy and resources to provide mental health services and emotional support to really help our youth become successful. Just during the summer program, I had to call Child Protective Services twice in the first two weeks. It was heartbreaking, but at the same time motivating for us to do more. We realized that a lot of the challenges youth are facing are the result of trauma. It is necessary for them to have emotional healing, just like I needed, to even begin to address their academic needs. 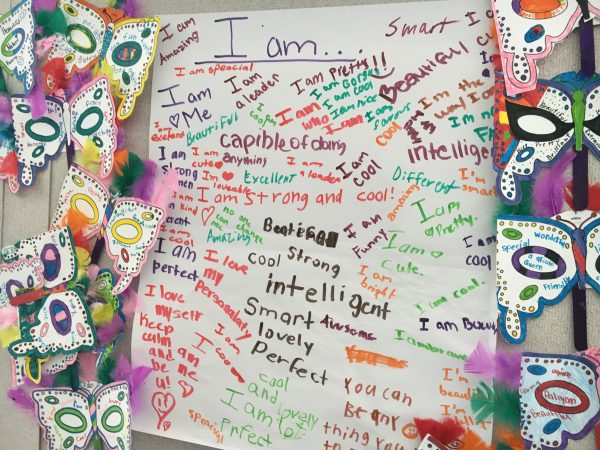 Here in San Bernardino there is an extreme need and the children and community are crying out for change. I believe we do have the resources to help our children, we just need to make the commitment, to come together and focus on helping our community.

You know those kids who give you the most trouble? That was me—I was one of them. Don’t put them in jail. Punishment does not rehabilitate youth. Give them leadership roles and opportunities to pursue their passions. That’s what we need as a society. If they are able to realize their potential in a positive way, they will become the leaders who can change the world. We need people who don’t march to the status quo, we need game changers and we need to put in the work—and take the risks—to help them.