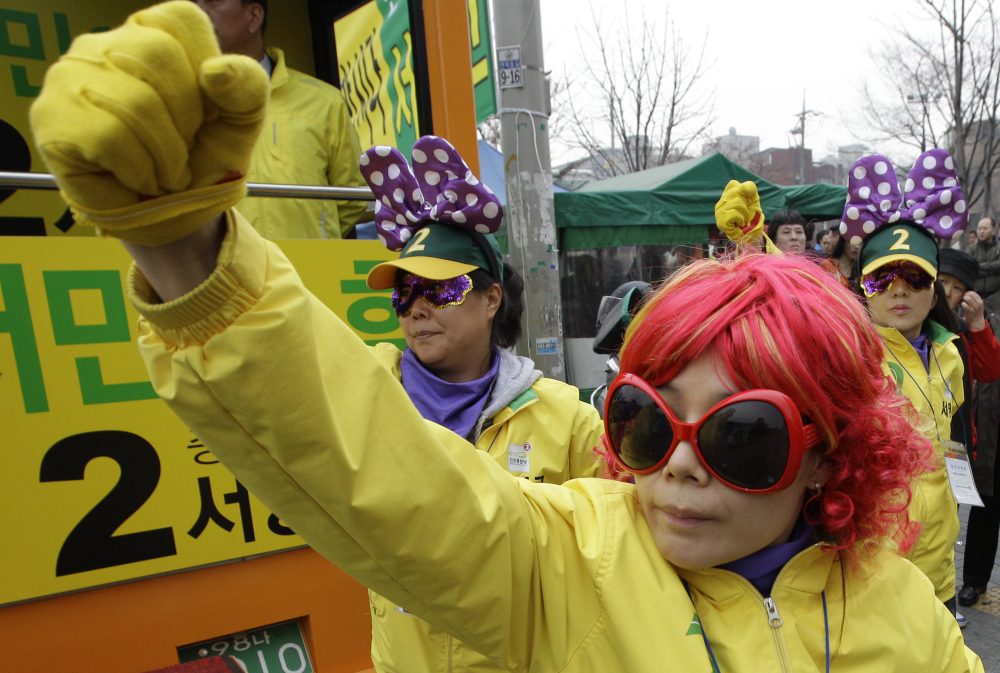 Why did this change take so long? Korea has been in economic recession for many years. It has long been plagued by high youth unemployment and skyrocketing rents in the major cities. And the conservative major party (since 2012 called the Saenuri Party) pretty much ignored these trends, pushing forward its usual business-friendly policies.

Yes, there was criticism when the conservative president, Ms. Park Geun-hye, advanced policies unilaterally, often without broad consultation. But the older generation of voters remained so active—particularly in provinces like Kyungsang, Daegu and richer parts of Seoul—that the party retained its power in the country’s 300-seat unicameral parliament.

Part of the delay involved the opposition of the center-left party. After losing presidential power in 2008, the party engaged mainly in internal fights. Ultimately, the opposition party divided into two parties, leaving the opposition even weaker.

All this made the April results a real surprise. Altogether, the warring opposition parties won a majority of 171, sweeping the greater Seoul area as well the traditional conservative parties of the country. Not one of the opinion polls, which are closely followed in Korea because they are generally accurate, had predicted the results.

It was the very first time since the democratic revolution in the late 1980s, when young students led the struggle to overthrow the military dictatorship, that younger voters dominated the electorate, and the democratic result.

… the rise of digital media supplanted the traditional Korean civil society organizations, many of which have roots in old (and sometimes secret and illegal) associations …

The traditional Korean media missed the shift because the companies that own Korea’s television and newspapers are dominated by conservatives. The media also missed the story because the new youth engagement was built around conversations in social media that weren’t driven by any media organization. New campaigns online pushed the proposals of the opposition candidates and, to an even greater extent, the need to vote. For the first time, individual citizens created the news. Koreans made their own podcasts, YouTube videos, and alternative websites.

During the party nomination process before the election regular internet users exposed several politicians for their past scandals, improper behaviors, false pledges, and criminal records. Some lost their nominations as a result.

In the process, the rise of digital media supplanted the traditional Korean civil society organizations, many of which have roots in old (and sometimes secret and illegal) associations that worked on labor rights, anti-corruption, and human rights during the dictatorship era in 1960s and 1970s.

Slowly, the civic space has changed, with some of the older civil organizations remaking themselves to the technologies of this era. New organizations have also been established. The newest tide of civil groups has its origins not in established organizations but in Facebook and Twitter. These newer groups offer grounded and practical goals; they want to improve the difficulties of daily life, to push for job stability, decreasing rent, and lowering college tuition.

Even before the election, new youth groups, which organized online, raised a lawsuit against the employers and corporations that exploit young part-time employees. One such organization, the “Union of the Unemployed,” established in 2006 but with roots in an online community that dates to 1998, supports the unemployed through counseling. It also offers training in entrepreneurship and campaigns for improvement of labor conditions for the temporarily hired young people.

Then there’s the Slug Union, a collective of young people without their own housing, which pushed for stronger local rent support programs from local governments. They perform flash mobs—fun performances in crowded public areas—to draw the media’s attention and raise awareness of their issues. Their reinterpretation of the demonstration has had the positive—and significant—impact of making Korea’s rough demonstration culture considerably less violent.

This year, these newer groups, of all types, used social media tools to encourage what became a big trend: Young people posting “Proof Shots,” or selfies to prove they had voted, on Instagram or Facebook. This tactic fed on itself, driving up turnouts. (Given the popularity of the practice, such voting selfies were subjected to legal restrictions, including not identifying candidates or parties in the frame, and not taking the photo inside the ballot booth).

The boost in youth turnout wasn’t just about social media-driven technology. Recent election reforms from the National Election Commission made voting more convenient. The commission instituted a new integrated electronic voting register system for the 2013 elections. This allowed people to vote anywhere in the country, with only an identity check required. Previously, voters had to register in advance and could only vote at assigned places.

The 2013 reforms also included early voting, which made it easier to bring young people to the ballot. These changes increased the early voting rate for those younger than 30 from less than 25 percent (in 2012) to more than 40 percent this year.

All these shifts combined to create the surprising result. For the first time in modern Korean history, an election took place with a more democratized sphere, and young people flooded this newly open space.