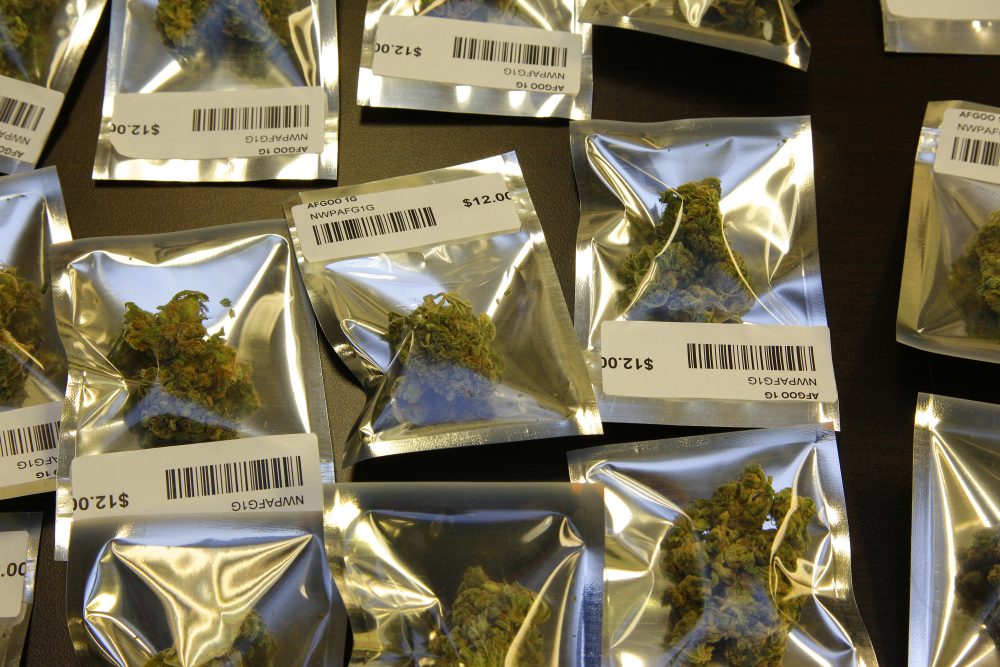 California’s marijuana industry will soon begin its transition from an illicit ecosystem fraught with guns, cash, and cartels into a regulated economic juggernaut.

The stakes of getting it right are high. Not only will the industry produce an expected $1 billion in annual tax dollars for youth drug prevention, restoration of the environment, and enforcement against the black market, but legal marijuana will influence the state’s economy, reshape the national market for marijuana, and likely determine when and how the rest of the United States adopts paths to legalization.

For all the drama inherent in bringing an industry out of the shadows, the success of the transition may depend on seemingly boring details: specifically, the technical business processes that could allow rapid progress towards an industry that looks and feels like a traditional consumer market.

And at the center of a progressive structure is distribution.

I’ve operated businesses in a variety of consumer industry sectors—including several years re-building a historical New England beer brand—and that gives me a deep appreciation for the significance of logistics and distribution. When building its nascent supply chain, California should prioritize the success of the distribution function in this regulated industry.

Modern distributors, regardless of industry, build the logistical and transportation infrastructure that their supply chain partners use to conduct commerce. By developing a sophisticated, modern logistics system, California can reduce waste, protect current industry operators, and hasten the industry’s transition from its black market roots.

The distributor is a natural middleman. And, given the estimated 30,000 to 50,000 marijuana producers in California, plus an expected 10,000 eventual retailers, California’s cannabis industry requires an organizing center with a group of operators tasked to monitor and police the system from the inside.

Good distributors serve as built-in rule followers and can therefore be trusted to take on system functions—such as taxation and test-monitoring—in order to reduce the government’s expensive and significant oversight burden. Distributors will be even more important in this case, due to marijuana’s status as an illegal drug under federal law. As such, the cannabis industry lacks access to the U.S. banking system and remains dominated by cash transactions. As middlemen, cannabis distributors will be in a great position to create “chain of custody” systems, provide credit terms, and deliver the temporary financial lubrication that this industry so desperately needs.

I’ve operated businesses in a variety of consumer industry sectors … and that gives me a deep appreciation for the significance of logistics and distribution. When building its nascent supply chain, California should prioritize the success of the distribution function in this regulated industry.

Then there is security. A truck full of marijuana products is a multi-million dollar asset that requires protection, whether it’s on the roads or parked at a warehouse. The bulk of the security responsibility rests with distributors, who will need to build sophisticated apparatuses to track and protect assets throughout the supply chain. You can bet that newly-displaced organized crime outfits and common criminals alike will try to pick off low-hanging fruit. In fact, the Central Valley has recently encountered a criminal enterprise stealing truckloads of nuts, a product that delivers a significantly smaller dollar payload than marijuana does.

The best chance to successfully transition cannabis into a safe, regulated, and tax-paying economy will come if California designs its cannabis policy by borrowing frameworks and best practices from similar industries and then adjusting for elements that are unique.

The obvious analog is the alcohol industry, due to its own similar transition from an illicit economy after the repeal of prohibition in 1933 and its 84-year history of success since then. As a small beer operator I certainly had my frustrations with the system, but the big picture looks quite good: There’s no tainted product, no mob control, and no moonshining anymore. Alcohol also mirrors marijuana as a “sin product” that has age limitations, social stigma, and public safety challenges.

As we approach 2018, when California will begin regulating the commercial sale of cannabis, much of the Sacramento sausage-making hinges on the issue of distribution. Nearly everyone agrees that there ought to be three distinctly licensed supply chain segments—production, distribution, and retail. But an intra-industry schism threatens the question of whether a distributor should also be allowed to hold additional license-types. That is, should the system allow operators to vertically integrate, or should it contain rules that limit certain business activities from co-ownership?

Many current industry operators support a hands-off approach that allows cultivators and manufacturers of cannabis to continue distributing their own products directly to retail stores. On the other side, a coalition including law enforcement, small growers and current distributors support the concept of “mandatory independent distribution.” In short, the coalition wants to prohibit those holding distribution licenses from owning businesses in other market segments simultaneously. (There would be an exception for small operators, who could hold end-to-end microbusiness licenses or something similar.)

In the fight over “mandatory independent distribution”, as with any good Sacramento battle, big labor has a dog on both sides. The Teamsters have long supported the distributors’ coalition, and the United Food and Commercial Workers have thrown in with the current industry big players. In short, the debate pits a strict rules-based design against one that lets the free market determine the industry’s outcome over time.

I launched a company last year with former California Attorney General Bill Lockyer that has participated in this debate, which will ultimately determine how the legal cannabis system will work. We have spoken to multiple stakeholders, both inside and outside the industry, and we are very much in the rules-based design camp. A free market approach can be attractive, but it comes with a significant risk of non-compliance.

If distributors collect taxes and monitor testing compliance, then allowing them to be producers or retailers leaves the fox guarding the proverbial henhouse. Transitioning an industry whose operators have never existed inside a regulated environment will be challenging. Allowing companies to monitor themselves seems naïve.

By designing independent distribution into the system at the outset, the state of California will have a good chance of transitioning this complex industry successfully. Without it, failure points appear around every curve.