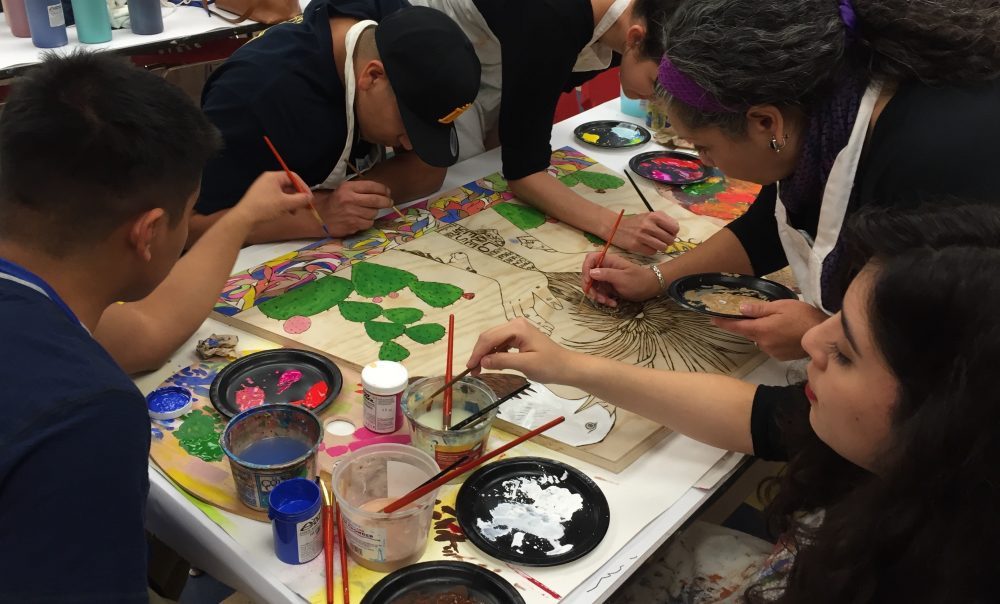 Can the arts save California?

On every public policy challenge other than climate change regulations, the state seems stuck. We can’t transform our underfunded and underperforming education system to meet the needs of our diverse people, expand our universities to prepare for future economic requirements, or build nearly enough affordable housing. Silicon Valley, which still bills itself as savior of California and the world, has revealed itself to be more interested in grabbing our data and selling us ads than in making society better. And the vast majority of Californians don’t even bother to vote, much less engage in civic and neighborhood life. Too many of us are lonely and disconnected.

The state’s arts sector is wrestling with all these same challenges: invasive technology, diversifying demography, fading engagement, stagnant education, scarce public resources, economic inequality. Over the past 18 months (after being assigned to edit a series on arts and society), I stepped out of my usual civic-governmental comfort zone to embark on a crash course in how arts organizations are trying to engage us not only with the arts, but also with each other as citizens and community members.

The experience has left me uncharacteristically optimistic. While the arts can sometimes mirror the state’s larger dysfunction, the arts also may be the sector of California best positioned to lead us out of this dark time.

Today, the arts—both in practice and institutionally—retain credibility that other human pursuits such as mass media, politics, medicine, and big business have lost. In surveys, the biggest complaint that Californians voice about the arts is that they don’t have time to enjoy all their state’s many artistic offerings. And the arts are a particular California strength, given that they combine our people’s deep interests in self-expression and self-improvement. What’s more, the arts are vital institutions even in our smaller cities: Visalia has its own smart symphony and risk-taking opera, and Modesto has California’s best community band. (Don’t believe me? Check out its Thursday night performance next week at the Mancini Bowl).

And while technology can leave us feeling isolated in our separate virtual realities, the arts connect us, and give us a sense of meaning, accomplishment, and even happiness. Researchers have shown that people who participate in arts and culture are more likely to vote, belong to social and civic organizations, know their neighbors, and do charitable work. 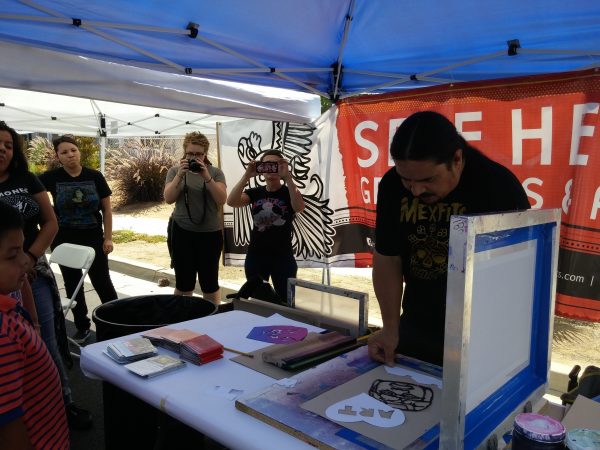 The arts, in other words, encourage us to be sociable. And sociability is becoming a lost (and thus more valuable) art in itself, given how our lives are dominated by screens.

In fact, I’d like to propose that the arts could be the secret sauce of a revival in California’s civic culture. If participating in politics gets you down (and it does), why not skip that city council meeting to take in a local concert or paint with your neighbors? Those are activities that offer the opportunity to exercise creativity, imagination, and empathy—all of which we’ll need to solve society’s most complicated problems.

What’s the secret of the success of the arts?

I’ve been struck by just how much healthy self-criticism there is in the arts. Talk to arts leaders or read the reports they produce, and you’ll hear all kinds of talk about failures—especially about the gap between the level of service the public needs from the arts and what our arts organizations currently give. Part of that shortfall is about money: Everyone fears becoming a “zombie organization,” whose only real mission is to scrounge up enough money to survive. But part is about a lack of ambition and imagination; more arts organizations, especially those that are tax-exempt non-profits, should be putting service to the public over their own institutional needs.

California, however, is fortunate: Across our state, you can find ambitious efforts to use the arts to serve community. Our arts organizations experiment and take chances to tell local stories, and many have figured out how to be a space for tackling polarizing political issues in a sophisticated way. Take the Cornerstone Theater’s six-year series of nine plays on food and equity, The Hunger Cycle. Or witness the Oakland Museum of California’s exhibit “All Power to the People: Black Panthers at 50,” which risked criticism both of cultural appropriation and of celebrating a movement associated with violence and separatism. (The bet paid off, as the exhibition drew an unexpectedly large—and young—audience.)

California is home to many powerful experiments in breaking down walls between the arts and people. The Riverside Art Museum sends staffers to all kinds of community events, from block parties to neighborhood festivals, curating work it supports and conducting surveys on local arts needs. Inside the museum, Riverside makes room for local people to make and display their own work, collaborates with community groups on exhibitions and events, and engaged University of Redlands students to put together an online map of community artists.

The arts … could be an antidote to the antisocial attitudes of Silicon Valley that have trickled into governance.

The Santa Cruz Museum of Art and History has prioritized the work of “social bridging”—intentionally bringing together people from different races, classes, ages, and walks of life. The museum’s executive director, Nina Simon, a leading voice nationally on arts engagement, writes that this involves matching “unlikely partners—opera singers and ukulele players, welders and knitters, Guggenheim winners and backyard artists. Our goal in doing this work is to bring people together across differences and build a more cohesive community.”

When is the last time you saw institutions outside the arts promote that kind of outreach?

These days, businesses, unions, pressure groups, and politicians rarely try to make converts–they instead focus their resources on developing repeat customers, turning out their core supporters, and monetizing every single contact they have. But many of California’s top arts institutions make their events and exhibits free, especially for kids. (Our pro sports teams and theme parks can’t say the same.)

And the arts could do even more for California.

So many industries and organizations are trying to reach the young. But the arts actually do it; when it comes to the making of art, 18- to 24-year-olds are the age cohort most likely to participate. And, amidst a stressful deluge of digital distractions, arts organizations are models of how to filter, so that we see what deserves attention. (It helps that you have to silence your cellphone and resist texting while attending a play or an indoor jazz concert, at least for a couple hours.) Infusing more arts into politics could revive the latter, possibly convincing more young Californians to actually vote in local elections.

The arts also could be an antidote to the antisocial attitudes of Silicon Valley that have trickled into governance. The arts are a case study in the importance of giving people what they need, and the folly of giving them what they want. Scholars have shown how technology and sophisticated audience research can be self-defeating; web sites that give us what we want give us too much of the same thing, thus constraining creativity and artistry, and ultimately disappointing audiences. The arts stand as a direct rebuttal to this data obsession because great art, and the feelings it inspires in us, can’t be quantified, or justified, by audience numbers or by dollar-for-dollar economic studies—even in those cities that chase art as an economic development strategy.

All this is an awful lot to ask of the arts, particularly at a moment when arts funding is hard to come by in California and the Trump administration is trying to zero out the budget for the National Endowment for the Arts. But our arts organizations provide us with one of the few hopeful templates for pulling together broad networks of people and imagining very different realities in California. Which is why we need the arts now, more than ever.