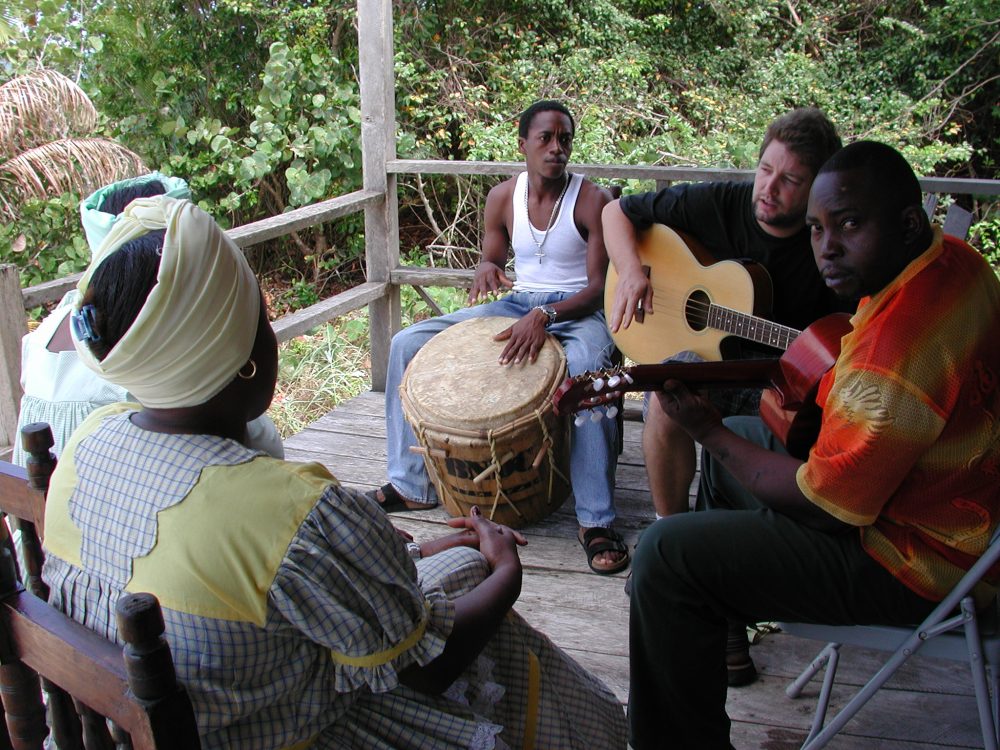 A recording session with the Garifuna Collective in Belize. Courtesy of Stonetree Records.

What reggae is to Jamaica and samba is to Brazil, Garifuna music is to my country of Belize, a small Central American nation wedged between Guatemala and Mexico.

This vibrant music was brought to Belize by the Garifuna, or Garinagu, people, descendants of shipwrecked African slaves and Carib and Arawak Indians who were uprooted from their homeland in the Caribbean island of St. Vincent in 1796 and later settled in small communities along the coast of Belize, Honduras, Guatemala and Nicaragua. Not so long ago, this music was in danger of extinction, because its master practitioners were growing old and dying off, and the music was being lost to younger generations of Belizeans.

But in the last 20 or so years it has staged a remarkable comeback, a process in which I like to think that my label, Stonetree Records, has played some part. A major element in reviving Garifuna music has been rebuilding a network of musicians and composers, both old and young, and strengthening the communities that support them, both in Belize and abroad.

My love of music came early. My parents emigrated to Belize from Barcelona, Spain in 1972 and set up a small publishing house in the remote town of Benque Viejo del Carmen, in Western Belize, near the Guatemala border.

At home they played Bob Marley, The Rolling Stones, and Silvio Rodríguez, and I was constantly listening, but my parents also instilled in me a deep respect for Belizean culture in all its manifestations.

Later, I studied music in Havana, Cuba, and developed a great love for the blues, Jazz and modern African music. Gradually, I began to realize that I had something equally great, right there in my own backyard: Garifuna music. I realized that Garifuna music has the same soul and power that existed in some of my favorite recordings, whether it was Fela Kuti, Jimi Hendrix, or Muddy Waters.

But outside of Belize, almost no one knew about it. And because Belize is a small, mostly poor country, it didn’t have the resources to develop a strong local music industry. There weren’t any professional recording studios and very little infrastructure when I started Stonetree in 1995.

For many years everybody thought that I was totally insane. Everybody thought, “What is this guy doing recording all these old people’s music?!” This was in the early ’90s when everybody in Belize was trying to be more modern than anything else, because in Belize we were a little bit behind all the time. 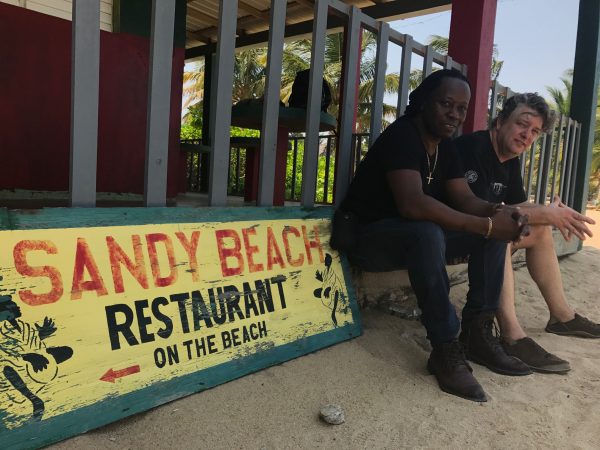 When I first discovered Garifuna music, there were two completely separate scenes in Belize. One was devoted to the totally traditional, almost ceremonial aspect of the music, where there are many drums, chants, and in some cases—like in paranda, a genre of Garifuna music—there also is acoustic guitar. That was almost dying out. And then there was the more popular punta rock scene, which was what the younger kids liked to dance to.

I wasn’t very interested in that; I was more interested in digging into the roots of Garifuna music, the styles of music that were considered by most Belizeans as “not-cool,” and even primitive. That was also the case within the Garifuna community’s younger generation. They thought, “That was my grandma’s music, that has nothing to do with me.” For them it was all about the modern sound of punta rock, drinking Belikin beer, and partying all night.

But to me it was always about the soulfulness of those paranda melodies, that I found always very intriguing, and the traditional drum patterns that went with them.

At that time, all the veteran Garifuna musicians were playing only in their own communities and weren’t popular. There had only been a handful of musicians who had performed outside of the country. Closer to home, their appearances were mostly confined to folkloric-type cultural presentations, like, “The Queen of England is visiting, let’s have a Garifuna, a Creole, and a Maya group perform!” and they would dress in colorful outfits and play. But this had little to do with what was really happening on the ground. You never got that sweat, and that dirt, and that dust that the music had.

Our first real breakthrough was with the Paranda album (Stonetree 1998). We spent nearly four years recording all of the remaining Paranda maestros, the music felt like it was in its dying stages but these artists still had the strength to pull off one last act.

It was a painstaking process: We literally had to recreate in the studio something that almost didn’t exist anymore. Our process in some ways was similar to what Alan Lomax did when he made his field recordings in the American South. We were talking to the elderly musicians, and they would tell us how the music was played, how back in the day the paranderos would go from house to house singing songs, and people would give them food and rum, and they would make up songs on the spot. Back then, Garifuna paranderos were both entertainers and storytellers for the community. We wanted to create that ambiance again, with them in the studio. 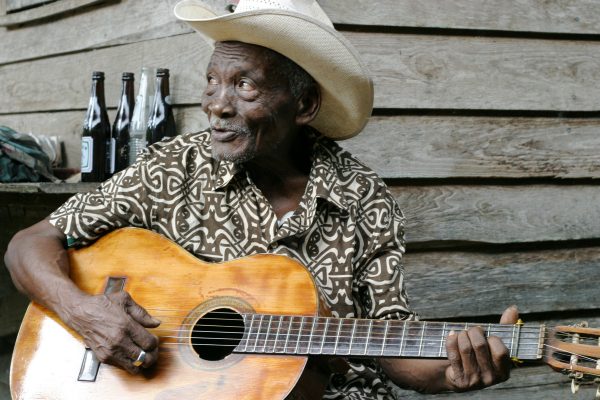 The late Paul Nabor, a Garifuna musician who helped popularize the paranda style of music, which has experienced a revival in popularity in recent years. Courtesy of Stonetree Records.

And when that album came out, in Belize everybody loved it. Why? Because the songs were so beautiful, the melodies were so timeless, this was the first time they were hearing it on a record. And when they heard them, that’s when the whole appreciation of paranda music came back in full force. Back then I thought that would be the last paranda record we would do because there wasn’t anyone else to record. At that time, everybody thought the next big thing coming out of Belize would’ve been a punta rock artist, with 10 dancers in a sexy-looking video clip. Nobody expected all of a sudden the attention would be on 72-year-old Paul Nabor singing these beautiful songs about his community, and being invited to perform in France! By reviving Garifuna music, Belizean musicians are building new communities of listeners, and reaching new followers of this centuries-old cultural heritage, both at home and in North America, in Europe, and in other parts of the world.

I believe young paranda artists like Andy Palacio and Aurelio Martínez are the true heroes for having revived paranda music after the album was released. They took this music around the world and more importantly they instilled a new sense of cultural pride in the younger generation.

Of course, this music is not for mass consumption; we’re not trying to compete with Brazil or Cuba or Jamaica or any other musical powerhouse. But you have this little niche and this almost precious little thing going that, hey, when people discover it, they will pay more attention because it is so unique.

We’re still struggling today in Belize with recognizing that what we have that is special and worth supporting. Still today, many people in the country, including the political classes, don’t realize the full value of it. We’re still a society that thinks that development means more paved roads and cement sidewalks and fewer trees. No one will ever get more votes for supporting local culture.

But creating a group identity isn’t just about building more roads through the jungle. And music plays such an essential role in that identity, in defining who we are as a nation and as a culture, because it’s so direct, it has no filters. All you need to have is your ears and a soul. We need more musical roads to the soul of Belize.