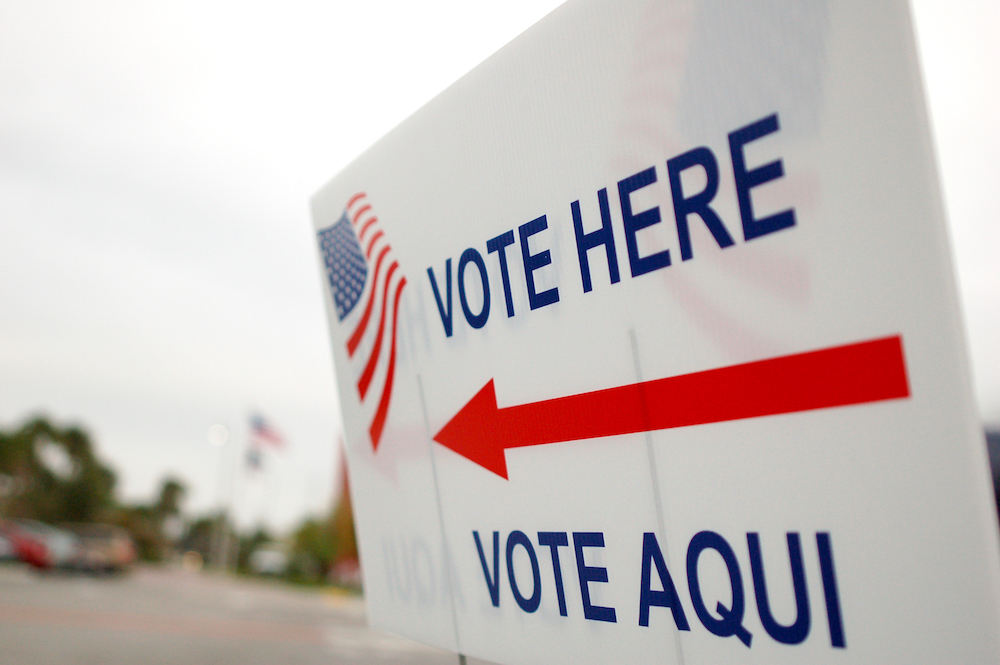 President Trump claims that California allowed millions of non-citizens to cast ballots in the 2016 elections. This allegation, while totally bogus, has put California and its political leaders on the defensive. They are forced to respond as Trump and his allies use the lie to justify a new federal commission devoted to making it harder for all Americans to vote.

Californians should go on offense—by embracing Trump’s ugly lie and transforming it into a beautiful civic truth. Let’s make our state more inclusive and more democratic—by guaranteeing non-citizens the right to vote in our local and state elections. Non-citizens should also be able to run for local and state offices.

Sounds radical, right? It’s not. In this country, there is no constitutional prohibition against non-citizens voting; states decide who gets to vote. And for the majority of American history, voting by non-citizens was commonplace. Given the stakes of this awful moment for foreign-born people in our state and country, we should seize the opportunity to give the franchise back to non-citizens. Make California Great Again.

Nearly 11 million of California’s nearly 40 million inhabitants are foreign-born. Of those, a little less than half—about five million—are now naturalized U.S. citizens. That leaves nearly six million or so who are non-citizens. Of those, about five million would be old enough to vote if not for their lack of citizenship—making them the largest cohort of disenfranchised adults in our state.

Most Californians will tell you they live in a democracy, but a crucial characteristic of a truly modern democracy is that all its inhabitants have the right to vote. And California fails to meet that standard: Roughly one in six California adults can’t vote because they’re not citizens.

This is a violation of the principles upon which our country is supposedly based. Taxation without representation? These non-citizens pay taxes, but they are not represented. Consent of the governed? Noncitizens must follow our laws—but they do not have the vote to consent. The home of the brave? Noncitizens serve in the military in significant numbers, but they cannot vote for the government that sends them off to war. Family values? Non-citizen adults are the custodians of their children, the vast majority of whom are citizens, who must depend on their parents to act as their legal representatives.

Non-citizens might be called second-class citizens, if they were citizens.

When we look at systems like this in other countries, we call them apartheid. But this state of affairs doesn’t occasion much outrage here, even though we know that the lesser status of non-citizens—especially the estimated 2.4 million Californians who are undocumented—makes them more vulnerable to discrimination, abuse, and removal from their families and the country they’ve helped build. Their lesser status also makes it harder for them to speak up when they’re wronged.

The nasty truth is that, for all California’s professed love of immigrants, we have become accustomed to this state of affairs: It is simply the way things are. It’s supposed to take only five years to secure U.S. citizenship but, unless you’re rich or well-connected, it now takes more than twice that. And the federal government’s failure to reform immigration over the past generation—to make legal the millions who have made their homes here—have trapped people who have been Californians for 20 or even 30 years in a legally vulnerable position.

As political theorist Michael Walzer has observed, “The rule of citizens over noncitizens, of members over strangers, is probably the most common form of tyranny in humanity.”

What can California do about this? To its credit, the state has taken many steps on behalf of non-citizens. Californians who aren’t U.S. citizens now enjoy in-state tuition to our public universities, driver’s licenses, the ability to practice the law and other licensed professions, and—if they are children—state-funded health care.

But none of this is really enough. All Californians won’t be equal until all have the right to vote.

This lesson of history has been too easily forgotten. To deny the vote “is to make us an exception, to brand us with the stigma of inferiority,” said Frederick Douglas. A century later, Martin Luther King, Jr. prioritized voting rights because they gave African Americans the ability to fight back against discrimination: “So long as I do not firmly and irrevocably possess the right to vote, I do not possess myself … Give us the ballot and we will no longer have to worry the federal government about our basic rights.”

Americans like to remember Douglas and King and tell themselves that our country’s story is one of extending the franchise over time—to African Americans, to women, to 18-year-olds. But non-citizens have a different story: They had the right to vote, and lost it.

In this country, there is no constitutional prohibition against non-citizens voting; states decide who gets to vote. And for the majority of American history, voting by non-citizens was commonplace.

For most of our history, from the founding of the United States in the 18th century until well into the 20th century, non-citizens had the right to vote and exercised it in dozens of our states and territories—in local, state, and even federal elections. The main objections to this came before and during the Civil War from Southerners, who feared the political power of immigrants and their tendency to oppose slavery. A ban on voting by noncitizens was a major feature of the Confederate Constitution.

But after the Civil War, non-citizen suffrage was restored in the South and was encouraged in the growing West, as a lure for settlers and as part of the assimilation process. What better way to integrate fully with our culture, to educate yourself and your children in our civic traditions, than voting?

It was only before and during the First World War—and its accompanying xenophobia—that a backlash formed against noncitizen voting in state elections. By 1926, every state had banned the practice.

Such voting has been permitted in limited local form. Today, New York, Chicago, and (as of 2016) San Francisco, allow non-citizens to vote in school board elections. Some cities in Maryland permit non-citizens to vote as well. And in recent decades, as global migration has increased, two dozen countries have established voting rights for non-citizens. Sweden, for example, permits foreigners who’ve been residents for three years to vote in state and local elections, while New Zealand permits non-citizen voting in its national parliamentary elections.

The U.S. Supreme Court precedent is clear: States can let non-citizens vote if they so choose. While the federal government explicitly outlawed non-citizen voting in federal elections during the 1990s, the door is still open for local and state elections.

California should walk through that door.

Non-citizen voting would not merely re-enforce our commitment to protecting our most vulnerable people; establishing truly universal suffrage would be a call for cohesion in a very polarized time.

Non-citizen voting would be good for California, too. Our electorate is far older and whiter than the state as a whole; non-citizen voting would make the population of voters more representative. Expanding the franchise in this way would also reflect the reality that citizenship, like California identity itself, is as much a state of mind as a legal designation. If you’re an Angeleno who roots for the Dodgers, pays our too-high taxes, battles our traffic, volunteers in your community, picnics in our parks, and sends your kids to public schools, how are you any less of a California citizen than me?

By the same token, the arguments against enfranchising non-citizens make little sense. The idea that non-citizens constitute some distinct, isolated group that doesn’t fit here is at odds with reality. California’s non-citizens are a diverse array of people by origin, class, and education, and most, as longstanding residents, have more in common with different groups of actual citizens than they do with each other.

And the go-to argument of the anti-immigrant crowd—that excluding non-citizens from voting makes our society cohesive—is disproved by today’s nasty political division over immigration itself. Jamie Raskin, a legal scholar who now represents Maryland in Congress, has pointed out the “tautology” of keeping non-citizens from voting: “When opponents of inclusion make an argument about insufficient commonality, they are only reinforcing and deepening what they claim to bemoan: the social and existential distance between those on the inside and those outside seeking admission.”

Practically, establishing non-citizen voting would be hard. It might require a new governor; Jerry Brown, in vetoing a 2013 bill to make noncitizens eligible for jury service, declared that voting should be reserved for U.S. citizens only. Those who want to replace the Electoral College with a national popular vote for president fear that a different standard for voting in California could undermine their cause. And in an era of mass deportation, few undocumented Californians would register to vote, since it would mean putting your name and address on a public list.

But that shouldn’t stop us from enfranchising five million Californians. The safest way to do that is to permit voting only in local elections. Allowing non-citizens to vote in state elections is dicier. It would likely escalate our war with the federal government, since in the United States our votes for federal representatives are conducted via state elections, and non-citizen voting for federal offices is currently illegal.

But escalation is inevitable. Trump and his supporters have shown that they will attack and lie about California and its voting practices, whether we let non-citizens vote or not. So why should federal opposition get in the way of doing the right thing?

California should take the clear position: Universal suffrage means universal suffrage. When Trump attacks our immigrants, we should hit back by saying he’s really attacking the right to vote, which belongs to all citizens.

If America is going to persist in calling itself a democracy, there ought to be at least one state in this country that is an actual democracy.