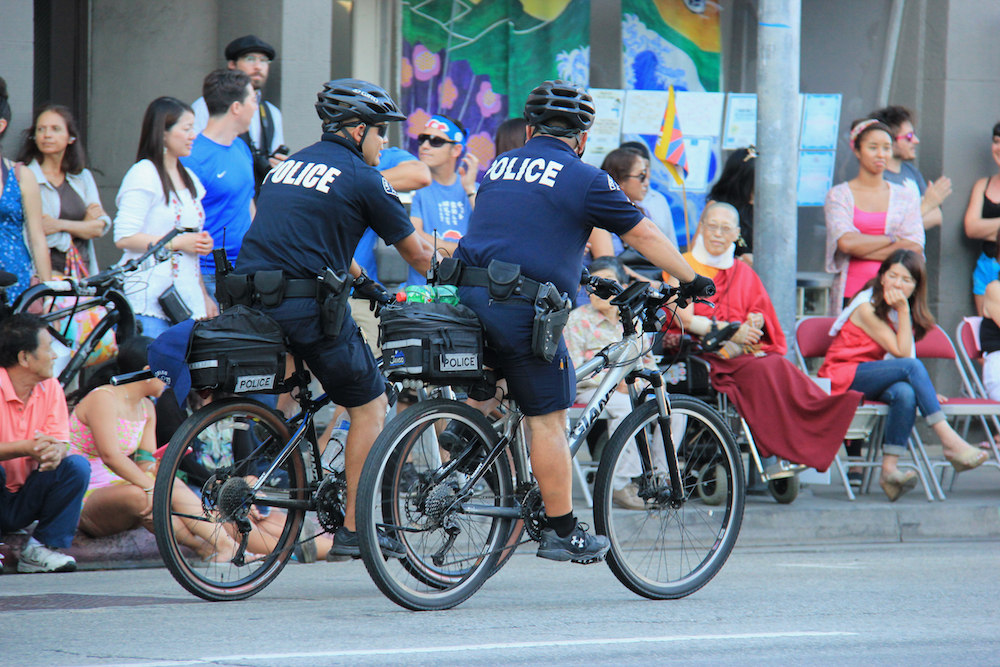 Given the history of our City and our Department, the Los Angeles Police Department makes it a priority to build relationships with our diverse communities.

Since last November’s election, and the widespread protests and fears we’ve seen and heard in its aftermath, we’ve had to step up relationship-building and do even more, especially in our immigrant communities where the anxiety has been greatest.

That has meant a lot of dialogue. This is a city of 400 square miles and more than 4 million people, 500,000 of them undocumented. We have been purposeful in our resolve to have meaningful conversations with immigrants in every corner of the city. To date, that’s meant more than 150 meetings this year. As the chief of the Central Bureau, I’ve been to a couple dozen meetings myself.

These meetings are not police forums. We put them on with various community stakeholders—from businesses to neighborhood associations—as well as other city departments and advocacy groups. The meetings are held in various settings: schools, city council field offices, churches, and conference rooms of hospitals. We’ve had a few at police stations, but generally avoid them, because we don’t want to discourage attendance by undocumented immigrants who might worry about stepping into a law enforcement facility.

The meetings are designed to facilitate real conversation, and also to send a clear message to the community. They typically last one to two hours, and not all the questions are about immigration; we usually get queries about chronic quality-of-life or crime problems specific to that particular neighborhood.

Our first and foremost message as police is that the LAPD is not responsible for, nor has the authority to, enforce federal civil immigration laws used to detain and remove undocumented immigrants from the United States. We do not work with the federal Immigration and Customs Enforcement (ICE) on immigration-related violations. And we don’t go with ICE when they knock on doors or conduct field enforcement. They are a law enforcement agency with their own mission, and they are not going to be supported by LAPD in that mission.

We don’t stop there. At these forums, we also talk to people about their rights. For example, if ICE comes to your door and they knock without a warrant, you don’t have to let them in. The mayor’s office and some advocacy groups have provided “Know Your Rights” cards that they hand out explaining this. We’re already seeing that this particular lesson has been learned in some communities.

LAPD’s confidence in this message is the product of our history. Since 1979, we’ve worked and served under our policy specified in Special Order 40, which means that our officers will not stop and detain an individual with the sole purpose of trying to determine their immigration status. Special Order 40 has withstood scrutiny and proved its worth: It should give communities confidence that they can report crimes to us either as a victim or a witness without being in jeopardy because of their immigration status. Our primary purpose is to ensure we follow the law and the Constitution.

We see our approach as a form of crime prevention. Our chief, Charlie Beck, often talks about how, when people are afraid, they are driven into the shadows, and shadow communities are created. Such communities are prime ground for criminal predators to thrive, because they know that someone who is worried about their legal status is less likely to report a crime or identify a criminal suspect.

I enjoy the meetings, because I love Los Angeles and everything about it. I’ve been with the LAPD for 29 years; I’m a third-generation Mexican American, raised in Northeast Los Angeles. And I know how important it is in a city like this to be able to talk with people about the role of our Department.

…the LAPD [doesn’t] go with ICE when they knock on doors or conduct field enforcement. They are a law enforcement agency with their own mission, and they are not going to be supported by LAPD in that mission.

Twenty-nine years ago, our department was not as diverse as it is today. Early in my career, I worked in Rampart Division, and we were working on a problem in the Cambodian community and we never really resolved it because we couldn’t communicate with the family. It made you feel helpless, which is the worst thing for a cop; the reason you get on the police department is to have the power to help and protect people.

Today, we have officers of Cambodian heritage, and we wouldn’t have this same problem. The department now looks like the city; next year, we’ll be majority Latino as a department, which is a first for our Department.

But for all our diversity, LAPD faces a real issue right now. Despite these meetings and messages, we’re seeing some changes—a feeling of anxiety and fear, really—in our immigrant communities. Some of this hesitancy is coming from kids—and it’s heartbreaking. Our officers report seeing tears in some children’s eyes, and even fear. This is different; most of the time, when kids see officers, they approach us, and want to touch badges or our equipment belts. But it’s understandable; kids in this city have seen parents or family members or neighbors removed and arrested, and they’re unsure about law enforcement.

In our roll calls and squad meetings, we’ve been talking a lot about this fear and anxiety. And we’ve been reminding each other: Take a little extra time with the people you encounter, try to understand clearly what they’re feeling and what they’re asking.

And we’re taking steps to be even more present and welcoming. In the next couple weeks, school will resume in L.A. Unified, and we’ve made arrangements to be in the majority of our elementary and middle schools as invited guests for Back to School Nights and Parent Nights. We don’t want to be the focal points of these events, but we want to get 15 to 20 minutes to restate our focus on crime, not immigration, and to encourage people to come to us as victims or witnesses of crime. That message is also being reinforced in our popular cadet and Police Athletic League programs.

Our conversations aren’t just with the community. We’ve also built a working group with key stakeholders in immigration law and advocacy that has already met a half-dozen times. More than 15 groups—including the ACLU, CHIRLA, the UCLA Labor Center, and the National Day Laborer Organizing Network—participate in this coalition, and we see ourselves as being focused on working together. We spend most of the time making sure we’re on the same page, and that we’re sending very clear and consistent messages to communities. Recently, the working group has been refining a “Frequently Asked Questions” document in Spanish and English that outlines the role of the police and people’s rights in this particular time. We’re also working with the group to update some language in our department manual and policy.

At the LAPD we do talk to ICE, to keep open lines of communication, and avoid confusion. One issue that is very important to us is that ICE report to us when they’re conducting enforcement. Just as the Alhambra police department should let us know if it’s coming into Los Angeles to serve a warrant, ICE should let us know when they are conducting an action in our city. Because when they do take action, it’s LAPD that is going to start getting phone calls, and we want to be able to tell people who call that this is ICE, and that there are no LAPD personnel with them.

So far, we think the work we’ve done is reassuring people and having a positive impact, but there are some things we are concerned about. In the first quarter of the year, we were alarmed when we saw a substantial decrease in reports of sexual assault and domestic violence in the Hispanic population. And we naturally wondered if this reflected the current fear about immigration enforcement. But with the second quarter results, we’ve leveled off to where we were last year. We’re not exactly sure why the numbers did that, and we’re continuing to look at it.

More recently, we’ve been keeping a close eye on declines in calls for service, and 911 calls, in three of our predominantly Hispanic communities: Hollenbeck, Rampart, and Mission. Hollenbeck has a 10 percent decrease in calls for service this year, and Rampart is down six percent. So we want to make sure we’re being especially diligent about strengthening our community relationships there.

We’re also doing more on social media with these messages. And we recently spent a day setting up a phone bank at Telemundo. We had 15 or 20 officers—traffic officers, monitor officers, collision investigators—there to take calls from viewers about traffic enforcement and the rules of the road. But many of the calls morphed into conversations about immigration. It was like a telethon for our times. I believe our juvenile division is doing something similar as well.

In these times when there are so many things to worry about, the LAPD shouldn’t be one of them. Don’t be afraid of us—or of asking a question. Our effectiveness as a police department depends on trust of its communities. We’re only a phone call away.