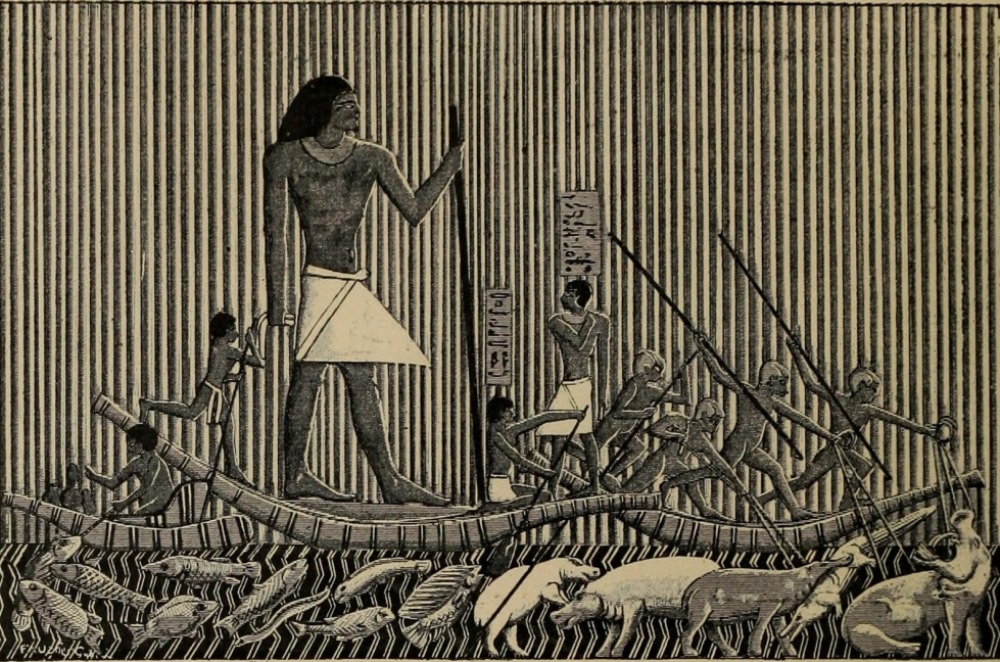 The ancient Egyptians, the Inca, and other civilizations relied heavily on fishing to feed their workforces and to sustain sailing expeditions to new lands. Image courtesy of Flickr.

Of the three ancient ways of obtaining food—hunting, plant foraging, and fishing—only the last remained important after the development of agriculture and livestock raising in Southwest Asia some 12,000 years ago.

Yet ancient fisher folk and their communities have almost entirely escaped scholarly study. Why? Such communities held their knowledge close to their chests and seldom gave birth to powerful monarchs or divine rulers. And they conveyed knowledge from one generation to the next by word of mouth, not writing.

That knowledge remains highly relevant today. Fishers are people who draw their living from a hard, uncontrollable world that is perfectly indifferent to their fortunes or suffering. Many of them still fish with hooks, lines, nets, and spears that are virtually unchanged since the Ice Age.

The world’s first pre-industrial communities emerged in the Eastern Mediterranean around 3100 B.C. Other states developed independently, somewhat later, in Asia and in the Americas. The entire superstructure of the pre-industrial state, whether Sumerian, Egyptian, Roman, Cambodian, or Inca, depended on powerful ideologies that propelled the efforts of thousands of anonymous laborers, who served on great estates, built temples, tombs, and public buildings, and produced the rations that fed not only the ruler but also his armies of officials. Some of the most important were the fishers, who, along with farmers, were the most vital of all food purveyors.

As city populations grew, fish became a commodity, harvested by the thousands. Fishers transported their catches to small towns and then cities, bringing fish to markets and temples. For the first time, some communities became virtually full-time fishers, bartering or selling fish in town and village markets in exchange for other necessities. Their catches were recorded and taxed. In time, too, fish became rations of standard size, issued to noble and commoner alike. The ruler and the state required hundreds, even thousands, of skilled and unskilled laborers. Their work might be a form of taxation, but the king had to support them in kind, often with fish.

The Land of the Pharaohs depended heavily on its fisher folk. Nile River catfish were easy to harvest, especially during the spring spawn, before they were gutted and dried in the tropical sun on large racks. The authorities assigned teams of fishers to catch specific quotas within set periods, especially when the flood was receding. Large seine nets provided much of the catch, deployed and hauled in by teams of villagers.

The demand was enormous. Building the Pyramids of Giza alone required thousands of people. The workers’ settlement lay close to the royal tombs. In 1991, the Egyptologist Mark Lehner excavated two bakeries, including the vats for mixing dough and a cache of the large bell-shaped pots used for baking bread. A huge mud brick building next to bakeries contained troughs, benches, and tens of thousands of tiny fish fragments in the fine ashy deposit covering the floor.

Dried fish fed merchant seamen crossing the Indian Ocean from the Red Sea to India; dried cod from northern Norway was the beef jerky that sustained Norse crews as they sailed to Iceland, Greenland, and North America.

The fresh catches had to be dried and preserved immediately. Lehner believes that the fish were laid out on reed frames to dry on well-ventilated troughs and benches in a production line that provided protein for thousands of people. At its peak, the line must have employed hundreds of people and processed thousands of fish per day—precise estimates are impossible. The fishers were thus only the first stage of an infrastructure of hundreds of people needed to process and store the dried catch for later consumption. The demands of this operation must have led to large, temporary fishing villages springing up at the same general locations every flood season.

The Ancient Egyptians were not alone. Mid-19th-century travelers, who crossed the Tonle Sap lake in Cambodia after the monsoon as the water was falling, reported catfish teeming so thickly under their canoes that one could almost walk across the water on their backs. The ancestors of these large fish fed thousands of Khmer laborers as they built the nearby stupendous temples of Angkor Wat and Angkor Thom in the 12th century.

On the other side of the world, along the arid North Coast of Peru, the inshore anchovy fisheries, nourished by natural upwelling from the sea bed, yielded enormous numbers of small fish that, when dried and turned into meal, made a valuable protein supplement for farmers in fertile river valleys inland, such as the great settlement at Caral, about 120 miles north of present-day Lima. Caravans of llamas carried bags of fish meal high into the Andes, where the fish became a major economic prop of the Inca empire. Tens of thousands of anchovies were netted, dried, and stored before being traded on a near-industrial scale.

Fish were major historical players in many places. Dried fish fed merchant seamen crossing the Indian Ocean from the Red Sea to India; dried cod from northern Norway was the beef jerky that sustained Norse crews as they sailed to Iceland, Greenland, and North America.

Those who caught the fish that fed pre-modern civilizations were anonymous folk, who appeared with their catches in city markets, then vanished quietly back to their small villages in the hinterland. Perhaps it was the smell of fish that clung to them, or the simple baskets, nets, and spears they used to harvest their catches that kept them isolated from the townsfolk. Perhaps they preferred to be taken for granted. But their efforts helped create, feed, and link great civilizations for thousands of years.

Centuries ago, urban populations numbered in the thousands, but the demand for fish was insatiable. Today, the silent elephant in the fishing room is an exploding global population that considers ocean fish a staple. Deep-water trawls, diesel trawlers, electronic fish finders, and factory ships with deep freezes have turned the most ancient of our ways of obtaining food into an industrial behemoth. Even remote fisheries are being decimated.

Despite large-scale fish farming, humans face the specter of losing our most ancient practice of food-gathering—and thus leaving behind an ocean that is almost fishless.