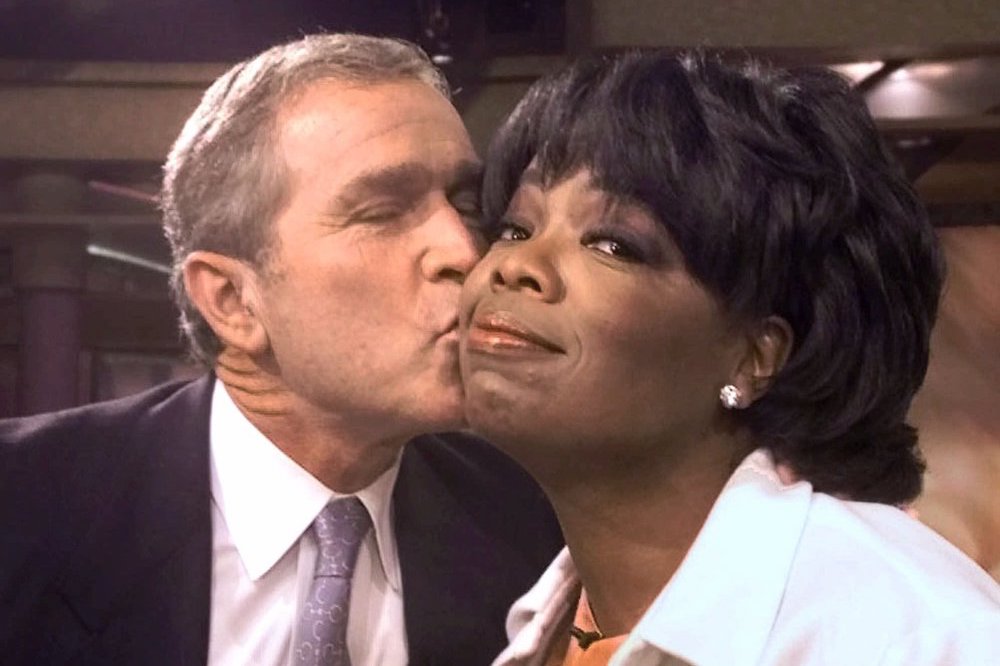 A local government position in a small place 90 miles north of L.A. might sound like a comedown for a billionaire known as the Queen of All Media. It isn’t. For all the wealth and natural beauty that drew you and other celebrities, your county of 445,000 is now the most challenged place in California: Santa Barbara County’s poverty, housing crisis, economic development, water shortages, and environmental vulnerability would test every one of your myriad skills as a leading American mogul-host-actor-producer-philanthropist.

That was true even before the recent disasters that you have experienced personally. Yes, Santa Barbara will need tremendous leadership to recover from the Thomas Fire—the largest in California history, which forced you to evacuate your home for 10 days along with scores of your neighbors. And, definitely, the region will need to rethink emergency response, infrastructure, and development after the subsequent mudslides that destroyed more than 100 homes, and killed 20 people, as of this writing.

I realize that being a local politician was the furthest thing from your mind in 2001 when you bought a 42-acre spread in Montecito for $50 million and named it “The Promised Land,” which you’ve said was a reference to the famous final April 1968 speech (“I may not get there with you …. ”) of Martin Luther King, Jr.

No, you loved the idea of Santa Barbara as a magical quasi-island on the land—a place cut off from the world by the sea and the mountains, but still close enough for you to take a chopper to a lunch meeting in Hollywood.

The geographic isolation that you (and your neighbors like Ellen DeGeneres, Rob Lowe, and former Vice President Al Gore) like so much has a dark side for county residents. Santa Barbara County is now dangerously cut off from the rest of the state, making its problems costlier and more complex.

To understand the price of this isolation, consider the area’s chronic water problems. Santa Barbara is one of the few places where the drought didn’t end after last winter’s rains—the drought in your region is now in its seventh year. Why? The landscape that makes the city of Santa Barbara and its environs so dramatically beautiful—the high mountains right next to the ocean—also make it hard to capture water.

When rain lands, it quickly rushes out to sea, rather than being captured by the local reservoir or seeping into the aquifer. Climate change is making things worse, as rising ocean water seeps into the freshwater supply. Santa Barbara has responded by spending money: buying more water and installing a costly desalination plant. (This is why even the famously laidback Dude—Jeff Bridges—and your other neighbors were pissed when they learned you had dug a new well on your property.)

I realize that being a local politician was the furthest thing from your mind in 2001 when you bought a 42-acre spread in Montecito for $50 million and named it “The Promised Land” […].

Santa Barbara, despite the wealth of many of its people, doesn’t have infrastructure to connect well with the rest of California. The 101 Freeway is a parking lot on many days. The Amtrak train down to L.A. is slow and overcrowded. And despite the recent construction of a fancy $37 million terminal, the airport is mostly empty.

The county lacks the strong civic institutions to make big changes. The daily newspaper, the News-Press, seems more devoted to its owner’s Trumpian politics than to the community. (Maybe you could buy it?) And county government finances could use your Midas touch; the county’s budget has a persistent budget shortfall that is projected to expand to more than $50 million in the next four years.

This reflects the area’s badly imbalanced economy. Santa Barbara County has wealth, but much of it comes from people who move here after making their money elsewhere; the business base in the county isn’t broad or strong enough. While the jobless rate is low, too many of those jobs are in low-wage industries—agriculture, tourism, and other service industries. By one ranking, Santa Barbara has the second-worst income inequality in California after the Bay Area.

When you look at advanced statistics on poverty—which account not just for income but for Santa Barbara’s high cost of living—the picture is even bleaker. Those high costs speak to exorbitant housing costs in a region that has built far too few homes in recent decades. Adding to the problems, wages are just high enough in the county to make many working poor people ineligible for social safety net benefits.

One result: Santa Barbara County has become California’s unofficial capital of child poverty. The Public Policy Institute of California found that nearly one-third of young children in the county live in poverty, under the advanced statistics.

I know that Santa Barbara poverty looks very different than the poverty you grew up with in inner-city Milwaukee. But it’s damaging nonetheless.

I suggest you drive up to Santa Maria—which is the most populous city in the county. You’ll see pretty parks and schools and single-family homes. But when you knock on the doors, you’ll discover two and three families packed into many homes. You’ll also hear plenty of concerns about crime in neighborhoods with high murder rates. And you’ll also find children who can seem cut off from their beautiful region.

So, while you’re there, make some young friends and drive west on Main Street until you reach the Rancho Guadalupe Dunes Preserve, a county park that sits right on the ocean. You’ll find that many Santa Maria kids haven’t experienced the roaring waves or the 550-foot dunes, the tallest on the West Coast, even though they live 10 miles away.

That’s the kind of thing you could do as a county supervisor that you couldn’t do as president.

Yes, the White House offers awesome power. But you’d also find yourself constrained by partisan gridlock and polarization. To take that job, you’d have to give up your media empire—unless you want to be criticized and investigated as ceaselessly as the self-enriching current president is.

As a county supervisor, you could keep your businesses while serving your community. You’d be less constrained in pursuing your agenda—county supervisors in California are both the legislative and executive branches, so supes who can collaborate with colleagues can make a ton of difference.

And then there’s the power of your example. Americans spend far too much time obsessing over the madness of our crazy national politics, while ignoring the more fundamental and important work of local governance. You, by becoming supervisor, would inspire imitators all over the country.

You’ve been successful in life because of your ability to bridge the experiences and aspirations of the wealthy and the poor, the fortunate and the not so fortunate. Santa Barbara County needs more bridges like that. Is there any higher public service than to save the place you call home?