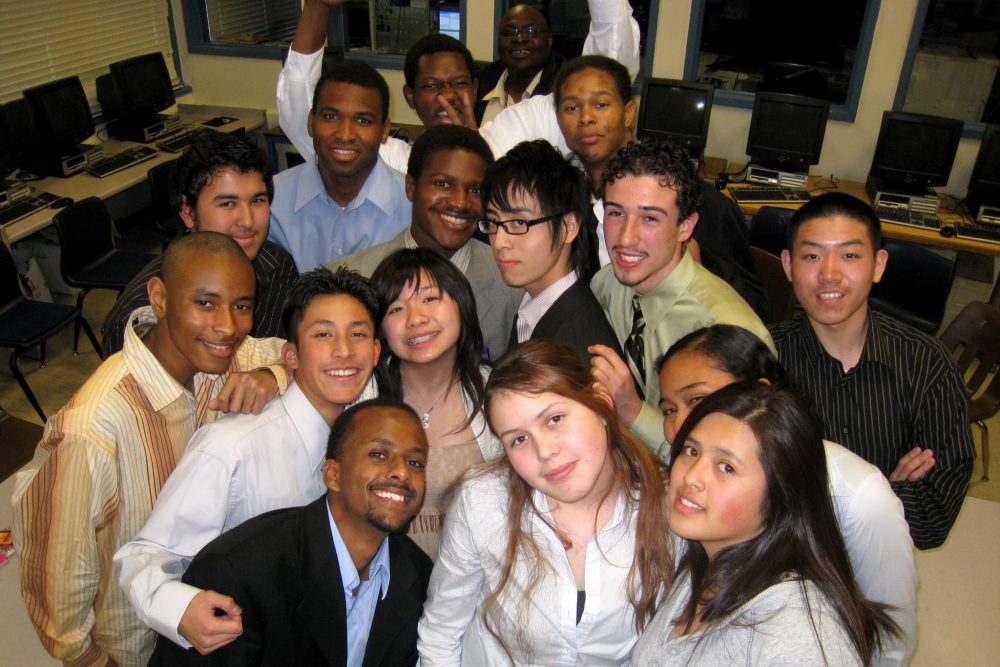 California education finances are an unholy mess—with incomprehensible budget formulas, a new equity funding program that doesn’t produce equity, and cuts to schools even during the current economic expansion. And our state’s so-called education leaders steadfastly refuse to fix the system.

We should let the kids fix it instead.

This isn’t a modest proposal or an off-the-wall provocation: I’m as serious as a month’s detention. To fashion something workable from California’s broken education-funding system, we should give budget powers to the students themselves.

Typically, students in these processes spend less than $100,000 (though Paris, France allows its students to allocate $10 million). But given the intractability of California’s problems, we should expand participatory budgeting for bigger budgets at the district and statewide level.

The natural objection, of course, is to say that decisions about the $80 billion or so that California spends annually on schools should be made exclusively by adults.

Except that we’ve already let the adults do it, and it would be impossible for the kids to do any worse. Indeed, the supposed grownups—the governor, legislators, administrators, school superintendents, teachers’ unions—in charge of school funding have long acknowledged that the system is so complicated that they themselves don’t really understand how it works. As a result, they can’t predict its outcomes.

LCFF was supposed to bring democracy, equity, and simplification to school funding. It eliminated existing spending categories and instead created a new formula to direct more money to poorer school districts. This LCFF system also required local school districts to work with teachers, parents, and students to set goals and make plans—called Local Control and Accountability Plans, or LCAPs—to determine how the money would be present. Governor Jerry Brown has repeatedly touted this as a new form of democracy.

But, in practice, it’s not at all democratic. The Local Control and Accountability Plans aren’t local, don’t really provide control or accountability, and aren’t even plans. Instead of setting their own goals, communities have to answer a series of complicated questions posed by the state, creating technical and bureaucratic documents that are often hundreds of pages long. Asking someone to read one ought to be prohibited under the Geneva Convention.

Without real plans or accountability, LCFF spending is becoming a multi-billion dollar black hole. No one really knows what’s happening to the money, or whether the dollars are used for equity purposes, like closing the achievement gaps between poor and minority students and other California students.

This uncertainty doesn’t seem to bother state officials: Jerry Brown has told the news organization CALmatters that no one should expect achievement gaps with disadvantaged students to be closed.

“The gap has been pretty persistent,” the governor said, “so I don’t want to set up what hasn’t been done ever as the test of whether the LCFF is a success or failure. I don’t know why you would go there.” Closing achievement gaps is “pretty hard to do,” he added.

In other words, the grownups have surrendered. We should turn to students to fill the void in leadership, and to fill that achievement gap. And the most proven and democratic method would be participatory budgeting.

Participatory budgeting has been used in cities around the world since 1989. Typically, a piece of a municipal budget is handed over to citizens, who make plans that are put up to public vote. Both the United Nations and the World Bank promote it as a best practice of good democratic governance.

In recent years, schools and colleges have begun using participatory budgeting. In these processes, students, with adult assistance, study a question in committees, and make plans or recommendations that are put up to a public vote of the school community. Studies of participatory budgeting in schools have found that the process develops leadership, magnifies the voice of students, and improves relationships between students, teachers, parents, and administrators.

Recently, I watched students at Phoenix’s Central High vote on spending proposals from their fellow students on improving their campus facilities, during a conference organized by the Participatory Budget Project, Arizona State University, and other groups. Student turnout was 89 percent and the county elections office provided official ballot stations and ballot scanners for use. (The office also registered many eligible students to vote in Arizona elections.)

In California, participatory budgeting processes have been run at Sacramento’s Met High School and in San Jose’s East Side Union High School District. In San Jose, students, given $50,000 of Overfelt High’s discretionary funds to budget, voted to spend the money to connect students to college, buy new uniforms for sports teams, and revive a driver education program that had been the target of budget cuts.

Scaling such processes up in order to budget LCFF money would be challenging, but doable. Students in each school district could elect their fellow students to committees that would decide how best to spend the money. The plans made by those student committees then would go back to the student voters for approval. (And yes, I would include not just high school students but middle schoolers and even some fifth graders for elementary school representation.)

This would be more than just a real civics class for California kids. It would provide a dose of democracy—and authentic local control—for an ineffective system dominated by a few adult interests in Sacramento. Students also could force simplification of the complicated funding system, insisting on plain language and simpler budget rules. They also could press for more accurate accounting; today, California school districts routinely disguise both their soaring spending on retirement benefits for yesterday’s employees—and the resulting cuts to today’s classrooms.

Student control of school budgets shouldn’t stop at LCFF. Let students design a real system of rankings for comparing schools—so they can junk the confusing color-coded system that the state Board of Education recently approved.

And I’d love to see students replace the misbegotten constitutional formula at the heart of California school funding—Prop 98. Voters approved that ballot initiative 30 years ago, more than a decade before today’s public school students were born.

Prop 98 established a funding guarantee that has helped keep school funding below the national average for more than a generation. Surely California’s students could design something better.