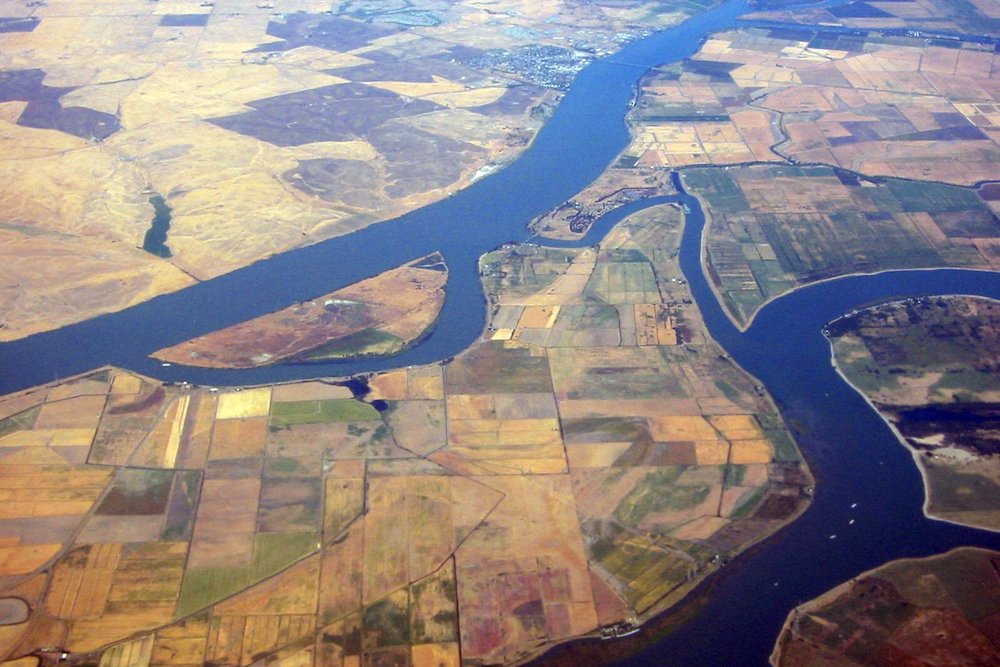 Let me be clear: L.A. needs to produce much more of its own water for its long-term resilience and security. And leading Angelenos are right to ramp up stormwater capture, groundwater clean-up, recycling, and conservation so that more L.A. water is local.

But the idea currently being sold by many elites—that L.A. can become completely self-sufficient on water—is a fantasy. Just meeting more reasonable goals—for L.A. to get half of its water from local sources—may prove exceedingly difficult and costly.

Which makes L.A.’s current deluge of self-deception dangerous. Leading Angelenos are now broadcasting statewide the message that L.A. can handle its own water needs—at a moment when the state is debating a vital plan to shore up a crucial piece of the region’s water supply: the California Delta.

That proposal would construct one or two tunnels to carry Sacramento River water under the Delta (which is faltering environmentally) to the Central Valley and Southern California. The project, estimated to cost anywhere from $10 to $30 billion, wouldn’t add to the water supply, but it would protect the approximately 30 percent of L.A. water that now runs through the Delta.

Those of you in other parts of the state may have different opinions on the tunnels, but the project should be a no-brainer for a Southern California that runs on imported water. So for city officials in Los Angeles to suggest that the tunnels are unnecessary because Southern California doesn’t need imports, as they are now doing, is akin to the city of Paris repudiating the necessity of romance and baguettes. It is an unthinkable attack on the lifeblood of one’s own city.

But no one is thinking clearly in L.A. when it comes to water. Instead, the city, under Mayor Eric Garcetti—a smooth-talking optimist full of plans and presidential ambition—has reached a point where it believes it can make transformational changes without too much trouble.

Such triumphalism is rooted in the city’s current winning streak. In recent years, L.A. has won the 2028 Olympics, rebuilt its once-decaying schools, revived South L.A., transformed its downtown into a major urban center, embarked on the massive expansion of its transit system, and devoted major new resources to housing the homeless.

But water is different, and all that winning seems to have gone to our heads. The best example of over-the-top water triumphalism was a recent L.A. Daily News op-ed by Garcetti. First he framed his drive for water self-sufficiency as the seizing of a “Mulholland moment,” a strange choice given that William Mulholland helped usher in the water imports that Garcetti now rejects.

Then the mayor went completely off the deep end, blasting the Delta tunnels that are proposed to serve L.A. as somehow unnecessary, even detrimental to the dream of L.A. self-sufficiency, writing: “We will never be able to solve our water needs if we have tunnel vision.” Finally, in a bang-your-head-against-the-wall declaration, he wrote of a city that gets more than 70 percent of its water from elsewhere: “I’m often asked if we have enough water in Los Angeles for our future. And I always answer that we have plenty of water.”

Why should other parts of the state send water to us, if our leaders say we don’t really need it?

That claim, while laughable, shows how the nature of Los Angeles water cons has changed. In Polanski’s film, water was so vital to the city that those who could bring it here could get away with anything. In our contemporary version of Chinatown, our sustainability pretensions are so important that those who uphold them can get away with anything, even taking positions that undermine the water supply.

Garcetti isn’t alone in his hubris. Last week, the L.A. City Council voted 13-0 to oppose a staged plan for the tunnels if it ends up costing too much. That vote reflects fears of local environmental and consumer groups like the Food & Water Coalition and Consumer Watchdog that have used the myth of self-sufficiency to oppose the tunnels. In a show of force, these groups have campaigned for the firing of the L.A. Department of Water and Power’s thoughtful ratepayer advocate, Frederick H. Pickel, for the crime of telling the truth—that L.A. could afford the water that the Delta tunnels would bring.

Of course, interest groups and politicians aren’t the only Angelenos selling fantasies of self-sufficiency. UCLA has issued a Grand Challenge that includes many smart ideas for creating more local water, but also leans into the self-sufficiency myth, setting out the goal of transitioning L.A. County to “100 percent local water” by 2050. The challenge’s leader, the brilliant and usually sober-minded environmentalist Mark Gold, embraced the madness with a Los Angeles Times piece, titled “Let’s Go Local on Water,” that touted “complete water self-sufficiency.”

Gold at least acknowledged that a real transition to local water would be extremely costly. Other Angelenos who oppose the Delta tunnels prefer to talk about the tunnels’ high sticker price and how it would get passed on to ratepayers and property taxpayers. But the truth—a dangerous thing to utter in Los Angeles—is that tunnels would be far cheaper than all the expensive new and upgraded infrastructure needed to make Southern California’s water more local. (And that cost of local water would hurt households, which, for example, would pay an estimated 12 times more for stormwater than for tunnel water).

And the tunnels are a real project. L.A.’s various self-sufficiency water plans never really explain how such a transformation would be paid for. And lately, L.A.’s water has gotten less local. The 2012-2016 drought increased L.A.’s reliance on water imports, and the city’s own data show it using more from both the Delta and the Colorado River.

The combination of that greater dependence on imports—and L.A.’s statement that it doesn’t need them—is dangerous. Why should other parts of the state send water to us if our leaders say we don’t really need it?

So, my fellow Californians, especially those who are water-rich, I would like to apologize here for Angelenos’ lack of gratitude for the water that comes from your communities to ours. I wish I could promise you that we Angelenos are going to come to our senses, and cool the water self-sufficiency rhetoric while the state debates the tunnels.

But c’mon, Jake, you know what town this is.