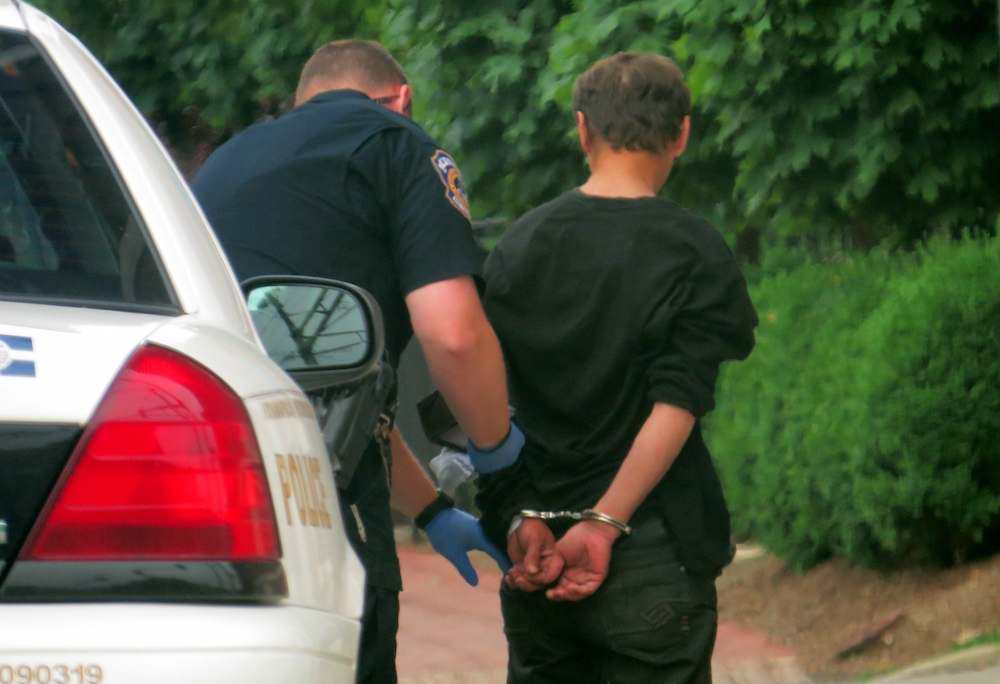 If you’ve ever watched an American television crime drama, you probably can recite a suspect’s rights along with the arresting officers. Those requirements—that prisoners must be informed that they may remain silent, and that they have the right to an attorney—are associated in the public mind with Ernesto Miranda, convicted in Arizona of kidnapping and rape in 1963.

But the “Miranda rights” routinely read to suspects as a result of the 1966 Supreme Court decision that overturned his conviction have their roots in a much earlier case: that of a young Chinese man accused of murdering three of his countrymen in Washington, D.C. in 1919.

The nation’s capital had never seen anything quite like it: a triple murder of foreign diplomats. The victims worked for the Chinese Educational Mission and were assassinated in the city’s tony Kalorama neighborhood. With no obvious motive or leads to go on, the Washington police were baffled. But once they zeroed in on a suspect, they marched into his Manhattan apartment, searched it without a warrant, and pressured him to return to Washington with them. There they held him incommunicado in a hotel room without formal arrest to browbeat him into a confession.

The young Chinese man, Ziang Sung Wan, a sometime student who had been seen at the death house on the day of the murders, was suffering from the aftereffects of the Spanish flu, and the police took advantage of his distress. He was questioned day and night, even when he was in severe pain and did not wish to speak. After nine days, he was brought back to the scene of the murder and subjected to harsh interrogation. Food and water were denied, as were bathroom breaks. Racial epithets were hurled. Finally, under extreme duress, he confessed and was immediately arrested.

At trial, Wan recanted his confession, which he claimed he had made only to stop the relentless grilling by the detectives. But the judge refused to exclude it, and he was convicted of first-degree murder, which carried the penalty of death by hanging. His attorneys made their objection to the confession the centerpiece of their appeal to a higher court. But the appellate court, citing an 1897 U.S. Supreme Court precedent, sustained the verdict, ruling that only promises or threats from the police would have given cause to exclude it.

When President Warren G. Harding refused to commute Wan’s sentence, his only hope lay with the Supreme Court, to which his attorneys immediately appealed. Under the leadership of Chief Justice William Howard Taft, the Court had been passive on civil liberties, if not hostile to them. So it was a surprise to many that it chose to consider the case.

As it happened, there was good reason to accept it. In the quarter-century since the 1897 ruling, the country had been embroiled in a robust national debate about the ethics and efficacy of what had come to be called the “third degree.” Creative detectives had come up with many methods of extracting confessions from unwilling suspects, some of which amounted to nothing short of torture. As techniques like quartering suspects in pitch-dark cells, turning up the heat to “sweat” confessions out of them, and even blowing red pepper or releasing red ants into their cells were exposed, the public reaction was strongly negative. The newspapers began decrying the practices as brutal and un-American.

At the same time, there was a fierce debate going on in the judiciary as to what kinds of interrogations and police conduct actually were prohibited under the law. All of this, on top of the staggering evidence that Wan’s confession had been coerced, provided ample justification for the Supreme Court to bring order to the chaos surrounding confessions.

After oral arguments were heard, the task of drafting the opinion fell to Justice Louis D. Brandeis. The Harvard-educated jurist—an unapologetic progressive and civil libertarian and a tireless fighter for social justice, freedom of speech, and the right to privacy—was the ideal choice. All the justices eventually united behind his ruling, the power and seminal nature of which can be found in its elegance and brevity. In throwing out Wan’s confession, the Court affirmed that the Fifth Amendment permitted only voluntary confessions to be admitted as evidence in federal proceedings and that voluntariness didn’t rest solely on whether a promise or threat had been made.

Food and water were denied, as were bathroom breaks. Racial epithets were hurled. Finally, under extreme duress, [Wan] confessed and was immediately arrested.

Wan was retried—twice, in fact—without his confession being admitted into evidence. But after two hung juries, both with majorities favoring acquittal, the Justice Department gave up prosecuting him. His case, however, lived on as a cause célèbre.

Two important challenges lay ahead before all of America’s accused could enjoy full protection under this new principle of law. First, because Wan had been tried in the District of Columbia, where the federal government was in charge of local affairs, the new standard applied only to cases before federal courts. The privileges promised to the accused in the Bill of Rights had not yet been determined to apply to the states and localities. This convoluted process, known as the “incorporation doctrine,” actually took decades. And second, the new standard lacked clarity. For all his eloquence, Brandeis hadn’t provided a satisfactory definition of what made a confession voluntary, or instructions as to what had to be done to ensure a confession was lawful.

As a result, the concept remained open to interpretation for decades, and as the Supreme Court heard case after case in which law enforcement ran roughshod over individual rights, and defendants—especially minorities—were mistreated between arrest and trial, it became palpably clear that in order to ensure voluntariness, police behavior would again have to be addressed explicitly. But this time the remedy would not involve outlawing nefarious police practices that might negate it so much as mandating constructive behavior that would ensure it.

In writing the opinion in the 1966 case of Miranda v. Arizona, Chief Justice Earl Warren quoted liberally from Ziang Sung Wan v. United States. And he mandated safeguards that were ultimately condensed into the summary statement familiar to most Americans today as Miranda rights. They serve to inform suspects in clear and unequivocal terms that they have a right to remain silent, that anything they say may be used against them in a court of law, that they have the right to counsel and that if they are unable to afford one, an attorney will be appointed for them.