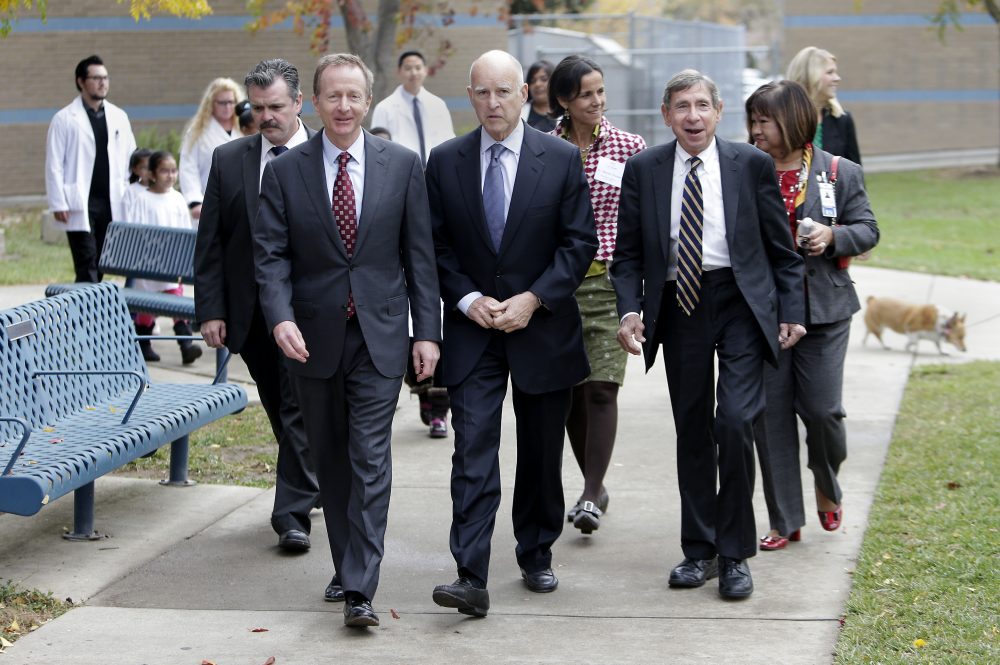 No Californian inspires me more than Austin Beutner.

Haven’t heard of this Los Angeles investment banker? Your loss. Because following his example could change your life.

Beutner’s recent career exposes the lies we Californians tell ourselves about our limits. Sure, we want our children to believe they can grow up to be anything they want. But we believe that rising to the top in a field requires years of preparation, not to mention knowledge, and experience.

In this decade alone, Beutner has gone straight to the top in no fewer than four fields in the City of Angels—without having to pay his dues in any of them.

It started back in late 2009, when Beutner convinced Mayor Antonio Villaraigosa to appoint him to be first deputy mayor of the city of L.A. Without any prior experience in local government, he helped manage 13 city agencies. During that stint, he was named interim general manager of L.A.’s most fearsome government agency—the Department of Water and Power—without experience in utilities.

After leaving city government, Beutner, without experience in journalism, took over as publisher of the Los Angeles Times, and the San Diego Union-Tribune.

But all those were a mere appetizer for his latest job. Last week, Beutner became superintendent of the Los Angeles Unified School District. With 600,000 students, it’s the largest school district in California and the second largest in the nation.

And if you think that earning such a position would require Beutner to have experience in school districts, you’re not thinking the right way.

What’s most impressive about Beutner is that he has had all these jobs in less than a decade. His stays in all of them were brief, about a year or so. Indeed, he also has managed to squeeze the building of a nonprofit called Vision to Learn, which provides free eye exams and glasses to children, into his sprint through L.A.’s major institutions.

Now, I admit that cynics might look at Beutner’s conquest of Los Angeles—the fastest takeover of a global city since the Visigoths sacked Rome—and suggest that there is something wrong in Southern California. 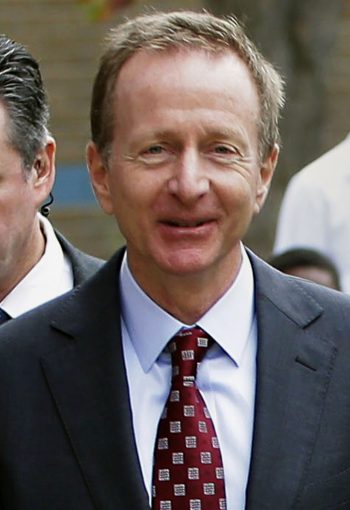 They might say that L.A.’s institutions must be awfully weak to keep seeking services of the same finance guy, no matter how shiny his Dartmouth diploma is. They might find it weird that he keeps getting jobs without producing sustained success at any of his stops.

To such critics, I say, you are prisoners of your small minds and narrow horizons. My fellow Californians, Austin Beutner is a model for us all.

His inspiring lesson for this state is that you can be anything that you want to be, with one enormous caveat. You have to want to be the leader of big, complicated institutions that Californians suspect are destined to fail, no matter who leads them.

Beutner’s method is not for just anyone. In the 21st century, to be able to pick any job you want, you need a background in high finance, which dominates the American economy. Beutner fits the bill: He worked at Smith Barney and the Blackstone Group, and then, after a stint at the U.S. State Department, co-founded the investment banking group Evercore Partners. After suffering serious injuries in a bicycle accident a decade ago, he decided to devote himself to public service—indeed, all public services.

But Beutner’s number one qualification is that he understands that most Californians have given up on governance. This state’s public institutions are so complex and dysfunctional that we feel utterly powerless to fix them.

Beutner’s rise has rested on exploiting this reality. He portrays himself as the rare Angeleno who hasn’t lost all hope in legacy institutions. So he studies up on a particular entity, and maybe forms a task force to produce a report. Then he tells all the rich people who matter in L.A. that he thinks there might be a way to fix it. Those rich people call their friends and the elected officials whose campaigns they fund, and pretty soon Beutner is running said institution.

It’s a double public service—since Beutner the public servant relieves the elites, and all of us really, of the responsibility of thinking about how to improve the city or the schools or the newspaper. No need to feel guilty about our lack of involvement. We’ve got Austin on the case.

In these jobs, Beutner works hard and advances intriguing ideas that might make sense. But nothing ever takes hold permanently because, before very long, Beutner is off to the next hornet’s nest.

And that can’t be blamed on Beutner. By definition these are short-term, no-hope gigs. And the people who fill them are sacrificial lambs (or, in Beutner’s case, sacrificial sharks). At DWP, Beutner was the ninth general manager in 10 years. At the L.A. Times, he was just one of multiple publishers fired by out-of-town ownership. And at L.A. Unified, he’s the latest in the series of superintendents: a district insider, a D.C.-area import, a Colorado governor, a Navy admiral, none considered a success.

The rest of us look at such jobs and ask ourselves, why would anyone bother? Beutner has discovered the answer: There is opportunity in California’s governing hopelessness. What, after all, is there to lose if you fail as school superintendent? Especially when even a modest effort can beat our low expectations?

“Nothing succeeds like the appearance of success,” said the late historian Christopher Lasch, who anticipated the Beutner Era in his classic book, The Revolt of the Elites: “Having given up the effort to raise the general level of competence—the old meaning of democracy—we are content to institutionalize competence in the caring class, which arrogates to itself the job of looking out for everybody else.”

Who are any of us to complain about Beutner’s short tenures, when we can’t be bothered to assist these institutions ourselves? Look at me. Back when Beutner was starting with the city, I was living in Los Angeles with young kids. But did I take over as L.A. Unified superintendent or offer to run DWP? No. To my shame, I surrendered to my own needs and bought a house in a good school district in the San Gabriel Valley.

Beutner is sacrificing so I don’t have to. And building a resume so that one day he might be U.S. senator or even president of the United States, a job for which he is already overqualified.

It’s high time we stopped whining about Beutner and other plutocrats running our institutions—and started emulating them.

Instead of writing this column for various California papers, I hereby offer myself as their publisher. (Would I really be any worse at running these legacy media businesses than their current operators?) Or maybe I should aim higher. Just as Beutner participated in reports on civic institutions before taking them over, I’ve reported on California water policy (I could chair the state water board), elections (I could be L.A. county registrar-recorder), and the arts (I could straighten out the war-torn MOCA in downtown L.A.). Heck, I wrote a well-reviewed book about Arnold Schwarzenegger. That means I probably could be governor or run a movie studio.

The magic of Austin Beutner is that he opens up new possibilities. He never sells himself short. Neither should you.

Yes, his L.A. Unified stay should be short—one board member whose vote he needed to get the job is under federal indictment. But don’t worry—the Los Angeles Opera, LAX, and the Dodgers all could use fresh leadership.

To follow Beutner is to follow the zeitgeist. Today, everyone knows that knowledge is power, and that power corrupts—so too much knowledge is corrupting. Yes, it’s a fallen world. But why not rise in it?