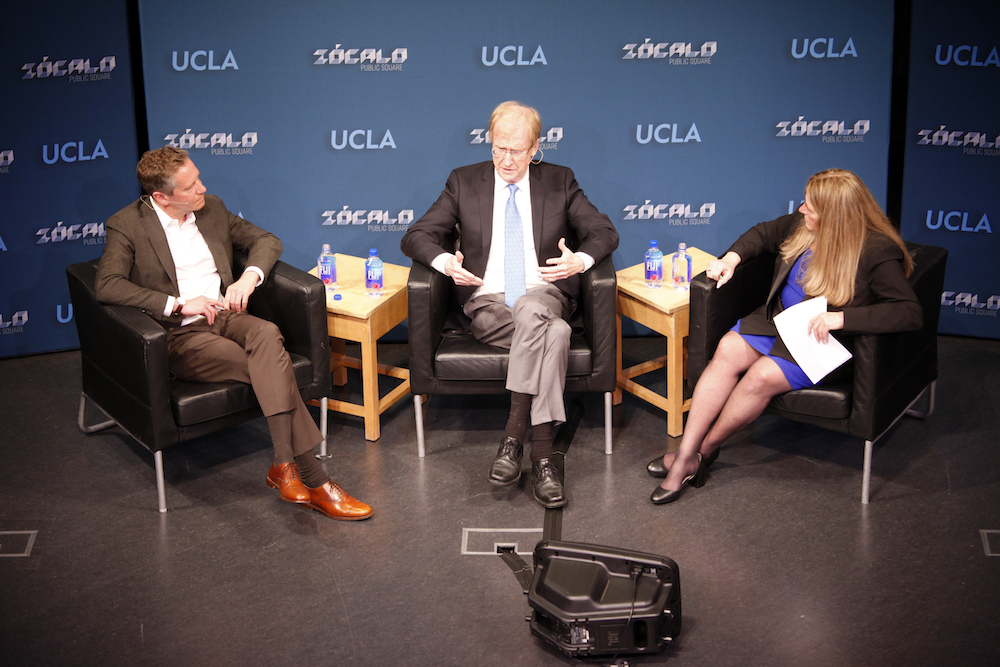 The United States has neither the credibility to effectively promote democracy abroad nor the power to impose its will in favor of or against authoritarian regimes.

Those twinned arguments were among the wide-ranging claims made at a Zócalo/UCLA Downtown event titled “Is America Enabling Autocrats to Run the World?”

Before a full auditorium at the National Center for the Preservation of Democracy in downtown Los Angeles, a panel of two journalists with deep global expertise and two scholars of international relations examined whether President Trump, and previous American governments, have supported autocrats abroad. But the discussion frequently turned back inward to questions of whether the U.S. is truly a democracy and whether democracy is itself prone to authoritarianism.

Attiah, who joined the conversation by phone from Washington because an illness prevented her from traveling, said she had been heartened by the finding from the CIA that Saudi Crown Prince Mohammed bin Salman had ordered the murder, and by strong words from representatives of both parties in Congress about confronting the crown prince and his regime.

But, she added, “I was very disappointed and upset—and frankly scared—by the reaction from Trump and from the White House,” which included public statements valuing the American alliance with the Saudi regime, and the value of weapons purchases by that regime, over the value of a person’s life. She said that the Trump administration “sent a very chilling message” not only to journalists but to anyone who opposes an autocratic regime.

Asked by Giacomo what she would consider to be justice for Khashoggi, she said that would be a credible process, including an independent international investigation, and a trial not only for those who brutally killed him but for the Crown Prince who ordered it. She said there had been some justice in the damage to the reputation of the Crown Prince and the Saudis, and that further justice would come with the release of various other people, particularly women, who are imprisoned by the regime.

“Justice comes in many forms,” she said.

Giacomo, who has visited more than 100 countries and covered eight secretaries of state, pivoted from that conversation to a question about whether the world was becoming less democratic, and whether the U.S. and President Trump are part of the problem.

Kal Raustiala, an international relations and intellectual property scholar who directs the UCLA Burkle Center for International Relations, said that the evidence of democratic backsliding was pretty strong, and that the American president had been cheering on autocrats around the globe.

Americans, Raustiala said, should promote democracy, but “we should be sober about our ability to do it.”

“We can’t impose democracy, and democracy is not just elections,” said The New York Times editorial board member Carol Giacomo.

But, from there, UCLA political scientist Richard D. Anderson, who has worked on the staff of the CIA and in Congress, dominated the conversation by challenging American assumptions and even definitions of democracy.

He said that democracy often elevates more authoritarian leaders who we don’t like—he cited Vladimir Putin, Hungary’s Viktor Orban, and even the two U.S. senators from Texas, Ted Cruz and John Cornyn. But these leaders are democratic actors, who are aligned with the views of the majorities of the voters.

Anderson said he strongly opposed Trump as a president, but said he was undeniably a democratic figure. At the same time, he questioned Trump’s ability to influence what happens in other countries, or even his own.

And he noted pointedly that American support of dictatorships predates Trump. Even President Obama supported the overthrow of Egypt’s elected government and the military dictatorship that followed.

The bigger question, Anderson said, is whether majorities in America or other countries where minorities run the government can organize to stop leaders like Trump. He said such work was hard for Americans because of the fact that America’s founders were hostile to democracy, and because of profound racism and sexual discrimination that make the U.S. less than democratic.

“We don’t want the preservation of democracy,” he said. “We should want its transformation.”

During a question-and-answer session near the close of the event, some audience members pressed on the limits of American credibility, especially given U.S. support for the Saudi regime as well as its history of supporting the overthrow of leaders of other countries, notably the democratically elected Salvador Allende in Chile in the 1970s.

“We can’t impose democracy, and democracy is not just elections,” said Giacomo.

Anderson said that the way to ensure democracy is for citizens to organize for it in their own countries. “That’s the thing about democracy,” he said. “You’ll have it if you all use your voices.” 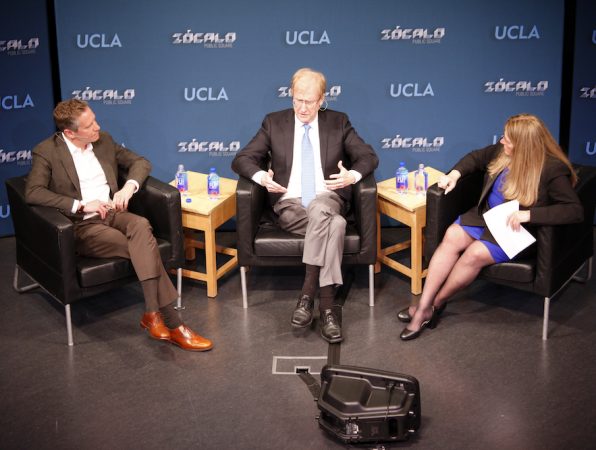 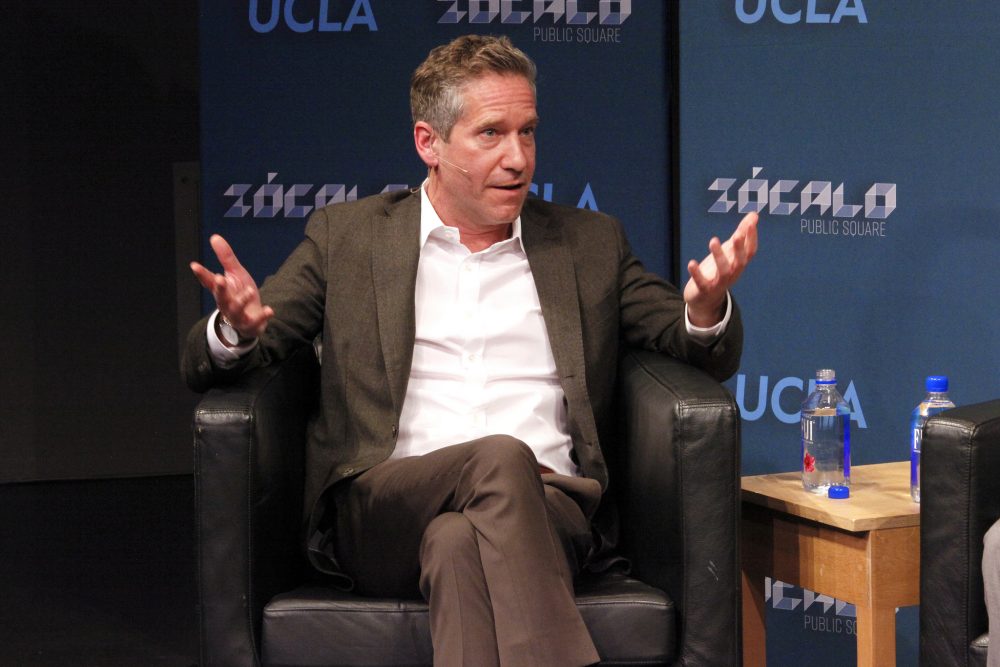 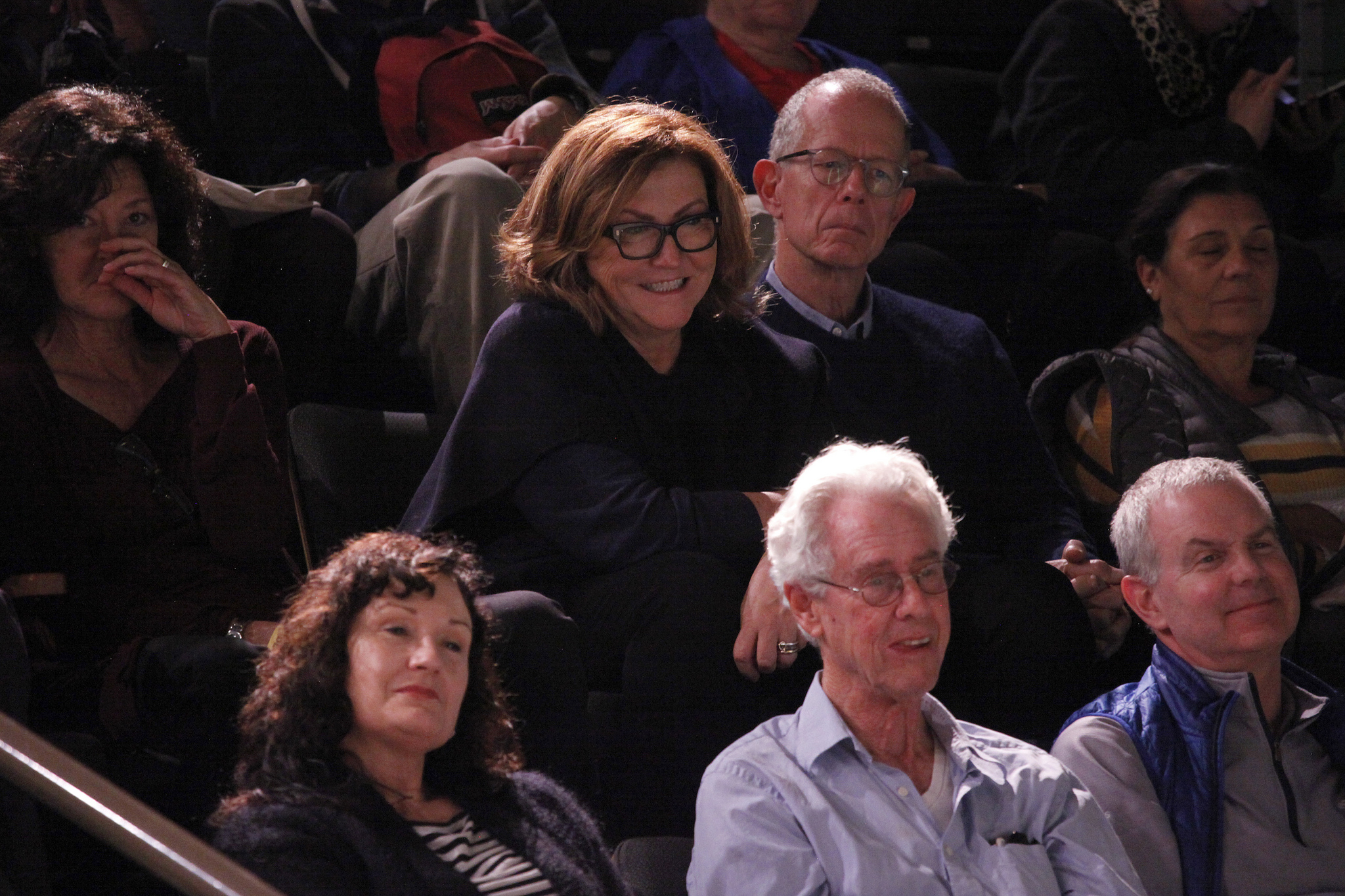 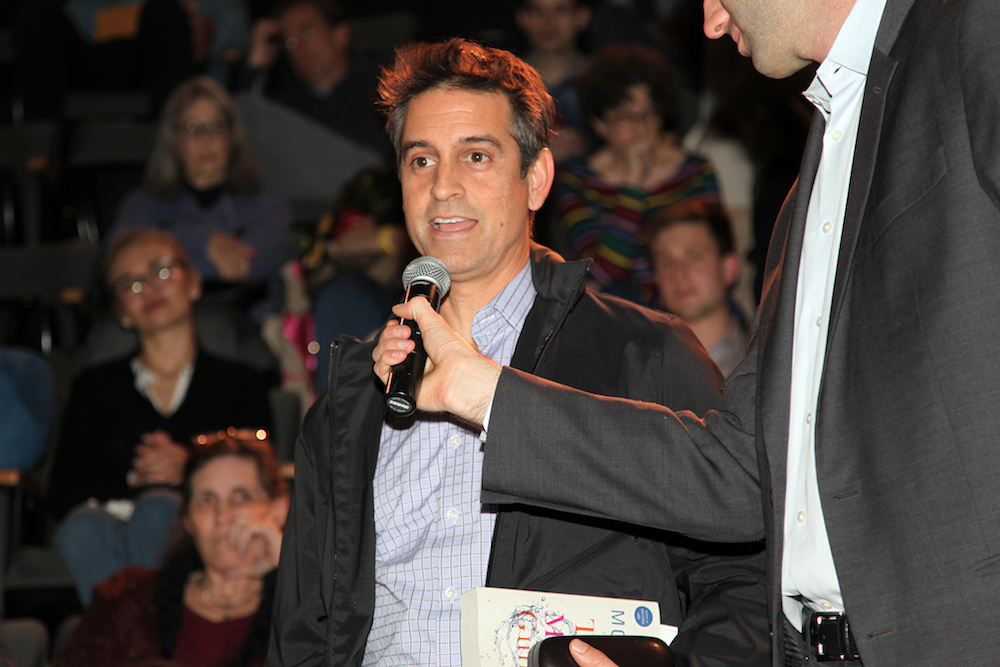 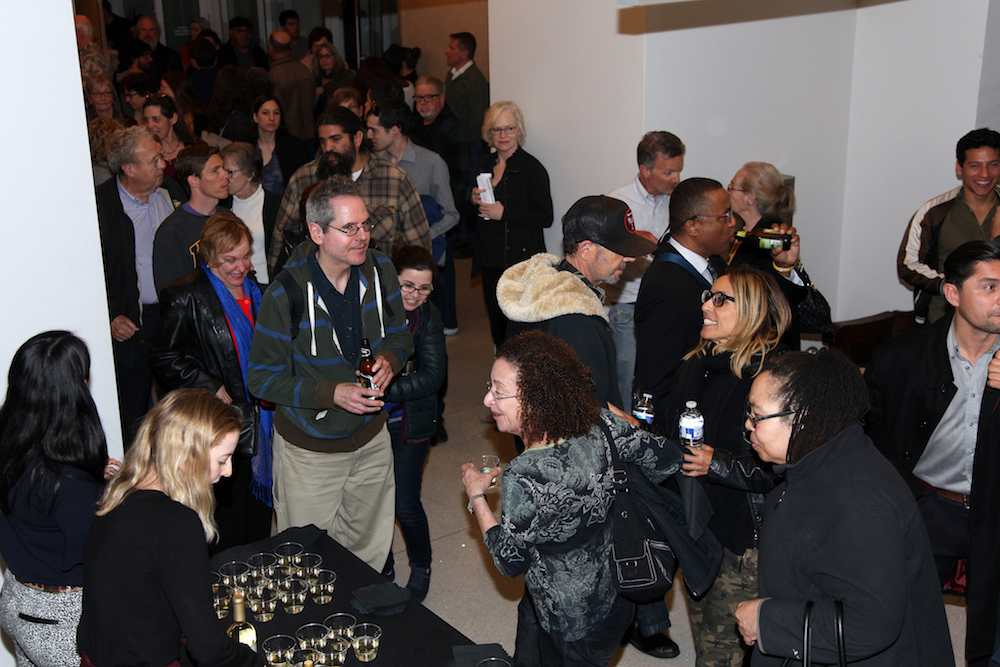 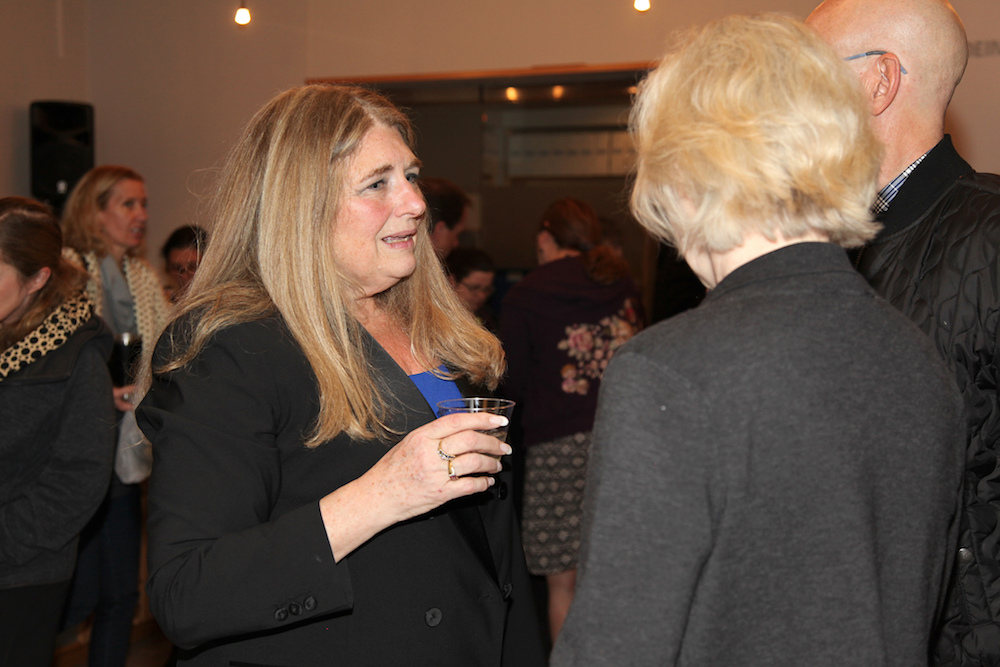 The New York Times editorial board member Carol Giacomo speaks with guests at the reception.