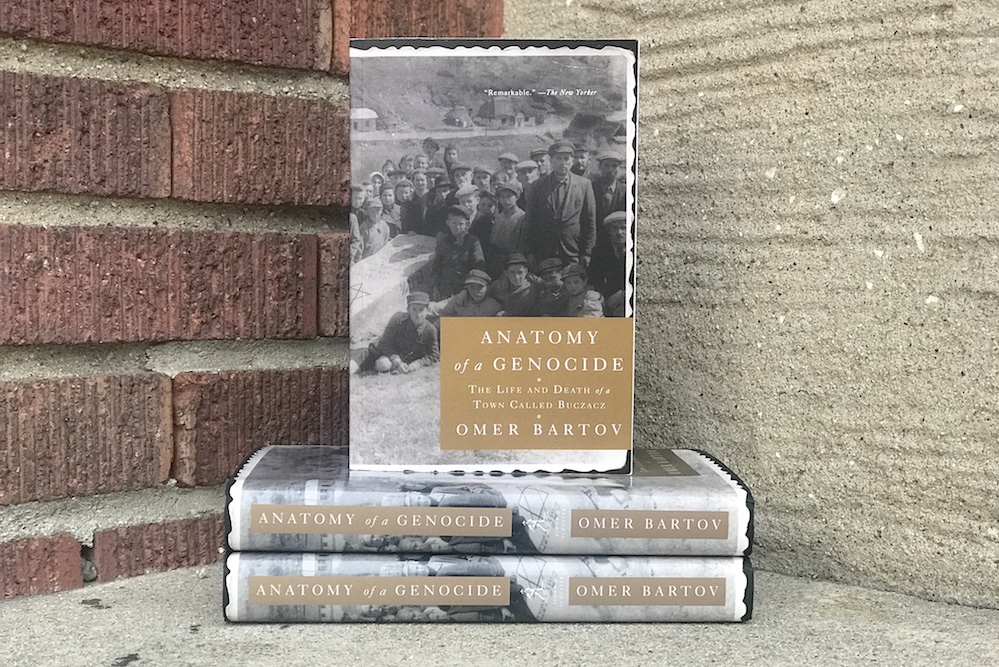 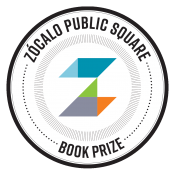 Omer Bartov, John P. Birkelund Distinguished Professor of European History at Brown University, is the winner of the ninth annual Zócalo Book Prize for Anatomy of a Genocide: The Life and Death of a Town Called Buczacz, a groundbreaking historical investigation of an Eastern European border town during World War II.

The prize is given to the nonfiction book that most enhances our understanding of community and the forces that strengthen or undermine human connectedness and social cohesion.

“Anatomy of a Genocide,” wrote one of our judges, “helps us to understand how human connectedness can be ripped apart. What sets it apart from any previous account of the Holocaust is its historical sweep and its microscopic focus on one community, showing the deep roots that connected perpetrator and victim, how they changed places, how they betrayed each other, and now, how they remember the horror. It is a masterpiece of historical writing and a haunting warning of the fragility of order and goodness in our world.”

Our judges were unanimously impressed by Bartov’s scholarship and thoughtfulness, and we were deeply moved by the book’s melding of the personal and the political, from its origins in his own family history to its depiction of how global conflicts over nationalism and identity play out at the community and individual levels. This, in fact, is the core of the ninth annual Zócalo Book Prize Lecture he’ll be delivering: “How Does Community Conflict Turn into Genocide?” Bartov will deliver the lecture and accept the prize, which includes a $5,000 award, on May 2 at the National Center for the Preservation Democracy in downtown Los Angeles. Please see more details on the award ceremony here.

We asked Bartov, who was born in Israel and has a background as a military historian, to tell us more about the two-plus decades he spent working on Anatomy of a Genocide and the strange and disturbing resonance it has in the present moment.

What was the initial inspiration for this book?

The initial inspiration was a question I had about the nature of genocide. In the 1990s, the thinking was that the Holocaust was something that had been planned from the center, from Berlin, and had become highly industrialized and bureaucratized.

There were two genocides in the 1990s, in Bosnia and Rwanda. They were very different; they were one-on-one genocides where the individuals who were perpetrating the killings were often neighbors of those they were killing. There was a highly intimate nature to it. I ended up being very unhappy with this view of the industrial killing of the Holocaust, which made no one really responsible for what happened. How does one understand the Holocaust on the local level? What happened when the killers came from their own communities?

I was looking for a town I could investigate. I interviewed my mom about her own hometown, Buczacz, which she left in 1935. This was the first time I had spoken to her about her childhood for many years. The place she described to me was not a place where people were at each other’s throats. Rather, it was a place where Jews and Poles and Ukrainians had lived together.

I thought since it was a small town, it wouldn’t take long to do my research. It turned out studying this one small town was studying all of Eastern Europe and the relationships between the people who lived there, the different religions, different ethnicities, and how all that made the Holocaust what it was in that region. Fifty percent of Jews were killed under the circumstances of very intimate, local genocide.

Why did you decide to call it an Anatomy of a Genocide?

I had a different name for it originally, “The Voice of Your Brother’s Blood.” My first language is Hebrew, and I grew up in Israel, and when you say that line in Hebrew—it’s from Genesis—people know what you mean. It’s also much shorter in Hebrew. When you say it in English, it doesn’t have the same association. In my mind, the book was about how brothers kill brothers, and how the blood that had been spilled never had a voice and needed to be given a voice. And it had to do with my understanding that in order to grasp local genocide, you need to listen to the people who were there. You can’t just use official documents from Gestapo administrators but need the testimony of individuals.

I was persuaded that most people didn’t understand all this from the original title. I understood that the book itself was indeed an anatomy of a genocide—an attempt to see genocide from below with all its components, everything it is made up of. It is not something you cannot grasp, which is what was often said about the Holocaust—that it was ineffable, that we couldn’t understand it. For people on the ground, however horrifying it was, it was their experience. By saying “anatomy,” I meant we could go down and see that at the time, while it was happening, everything made a kind of sense.

When you started researching the book over 20 years ago, could you have imagined it would feel so relevant in the United States today?

We—most of us, middle-class citizens of relatively stable democratic states—trust that we can rely on the state to provide us with security. Our neighbors are not going to walk into our homes with an ax; and if anybody tried something like this, we would call the police, and law enforcement would come and take care of it for us. How easy it is for all that to disintegrate, for social order and social security to crack once we identify certain groups as not belonging, as being strangers. The forces enforcing the law that we rely on turn out not to be on our side.

To me, certainly, this image has occurred increasingly: that you can call the police, and the police arrive and they arrest you; and you suddenly realize that everything you trusted is gone, and then anything can happen. Then people can walk into your home with an ax, and you know no one is going to protect you. There are communities in this country and many other countries who have long known this. But if you are not marginalized, you think about it only in a kind of historical memory, and suddenly you realize things you trusted are not as secure as they were. And this kind of discourse that was supposed to have vanished with the destruction of fascism is back in all kinds of strange ways. And you realize once it’s back and it’s not pushed back into the hole from which it came, it can become prevalent very quickly. And so, I felt it was becoming urgent to talk about this.

What can we as a diverse society do to strengthen ourselves against the kind of resentment and anger building up as it did in Buczacz?

That’s a really big question. And if anybody knew the answer, we’d be in a different universe. The most important thing, and this is something that anybody who studies genocide knows, is that once you speak about a certain group of people as vermin, as cockroaches, as rapists, you are making the first step. That first step may not lead to genocide, but it takes that group out of the circle of human solidarity. And that means they do not have and should not have the same rights that you do. Once you do that, you are not only delegitimizing or dehumanizing another group; you are making the entire notion of human solidarity questionable. And once you do that, then it’s only a matter of time until you, too, become a member of a group that can be also pushed out of that circle.

This is a fundamental understanding that we had, but people have very short memories and seem to have forgotten. When you start this, you are beginning a cycle that can only end in violence.

The second thing is the relationship, I think, between individuals and the state. As I said before, we all rely, whether we like it or not, on the state, the law, and the agencies that enforce it for our own security. But those can also be easily turned against us. It’s crucial to understand that what is legal or not legal is not necessarily what is right or not right. Most of the people who participate in genocide, and certainly such a genocide as the Holocaust, were not breaking the law. They were law-abiding citizens, and they were following laws that were criminal, structures that were homicidal. It is something difficult for us to wrap our minds around, but it means that we have as citizens an obligation not simply to follow the law but to think, what are the implications of that? What is being done in the name of the law that is immoral and that we have to resist?

The civil rights movement is an example of the U.S. history of that. I don’t think that we as a society right now, neither in Europe, nor America, nor Israel, are sufficiently aware of this tension.