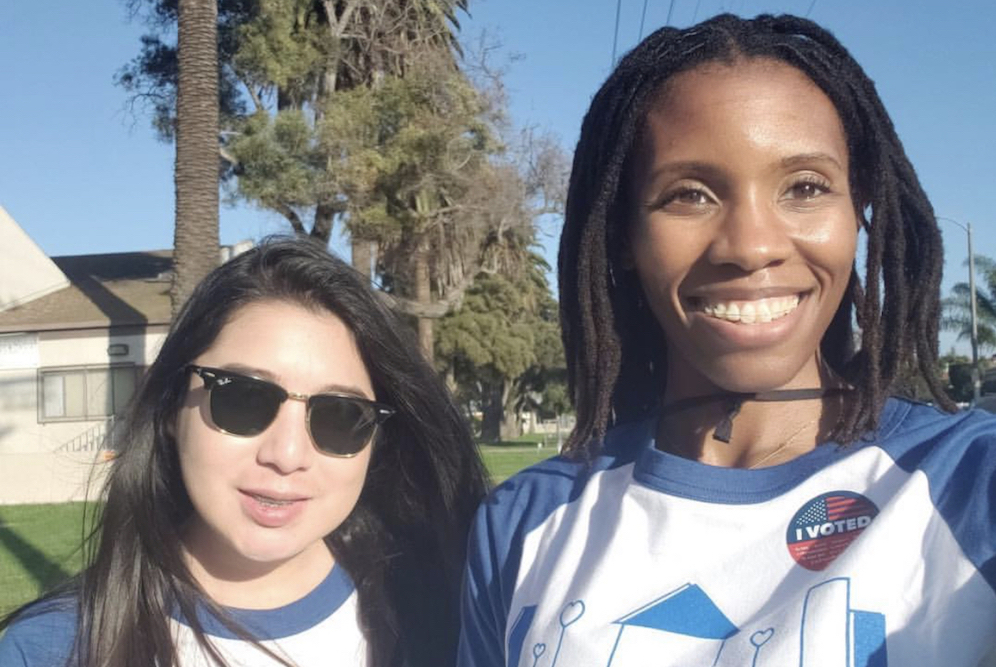 Los Angeles is a city of more than four million people. And in its next budget, it might—I repeat, might—launch an Office of Civic Engagement to help all residents better participate in their city government.

Establishing even this tiny office (it could have as many as eight people and a budget of $700,000) would be a major achievement for a California city. This state is governed by processes as complicated as a Google algorithm and as slow-moving as 405 traffic—and offers little assistance to Californians who want to understand and engage with them.

Despite this, California’s leaders would have you believe that they represent a democratic resistance to the powers that be. And while they claim to be addressing profound disparities and failures in public decision-making, the people who run for office, vote, and participate in other ways (from contacting public officials, to attending public meetings, to protesting) are whiter, richer, and better educated than the state population as a whole.

State leaders have been unwilling to take the crucial first step to reversing those disparities: providing an infrastructure of support that works directly with people to boost their civic knowledge and create more opportunities for people to participate in public decision-making. Such a framework would consist of offices, staff, volunteers, and electronic tools to let the public know about any decision that might affect them and to help them learn how to make their voices heard. The natural place for such infrastructure is at the local level, closest to citizens.

An office like this, however, is almost impossible to find in California localities. Santa Rosa has a small engagement office, with an advisory board and a violence prevention program. And San Francisco has the state’s most sophisticated such office, which combines civic engagement with immigrant services.

Few other cities bother, and with reason. Local budgets are dominated by police and fire departments—and the retirement costs of their personnel—leaving little for public engagement. And many city officials will tell you that, given all the constraints on their power and the difficulty of dealing with NIMBYism, more robust public participation is the last thing they need.

This is a shame. I have traveled the world as co-president of an international forum on direct and participatory democracy, and I’ve been struck by how much more support there is for participation in the cities of Europe, Latin America, and East Asia than here at home. Even smaller cities—like San Sebastian, with 186,000 people in the Basque Country of Spain—has an office of participation bigger than the one being proposed for Los Angeles; it occupies a building once used as a prison by the dictator Francisco Franco.

Bigger world cities, from Madrid to Montevideo, Uruguay, devote millions of dollars and hundreds of people to providing not just support for engagement, but also actual power to make a host of decisions on everything from budgets to plans. Park Won-Soon, mayor of Seoul, South Korea, renamed City Hall to Citizens’ Hall and turned over the first two floors to citizens and engagement efforts.

Many national governments also have plans to integrate their citizens into decision-making. On a recent trip to Mexico, I visited the Instituto Nacional Electoral (the National Election Institute), which has more than 16,000 employees and a long-term strategy for developing civic culture (a project that the United States has outsourced to Twitter).

Rome’s new city government has devoted enormous resources to supporting participation both in person and online. Last fall, at a conference there, I helped draft, at the city council’s invitation, “Magna Charta for an International League of Democracy Cities” (Roman politicians are like Hollywood executives in ramping up expectations), which cities could sign to show their commitment to ever-increasing participation and local democracy. “A democracy city is a place where citizens—be they the city’s elected officials, staff, or volunteers—are always available to assist people when they seek to participate,” reads the document. Since then, I’ve watched in wonder as cities from Taiwan and Czech Republic have signed on. Meanwhile, not a single city in the United States has come on board.

This isn’t a surprise. Americans consider public engagement something that should be done privately, rather than as part of the suite of government services. The only American city with a world-class public participation operation is Minneapolis, where the city’s Neighborhood and Community Relations Department is focused on eliminating disparities in participation and driving up the rate of citizens who participate in local government to at least 80 percent.

I’d argue that within California, the best city when it comes to infrastructure for participation is Los Angeles, despite its hard-won reputation for apathy and low voter turnouts.

L.A.’s leadership is largely based on a decision it made 20 years ago, during a charter revision, to create elected Neighborhood Councils. There are now 99 of these advisory bodies, which advocate for their communities on issues from development to transportation to emergency preparedness, using small budgets funded with taxpayer dollars. There are neighborhood councils in every corner of the city with the notable exceptions of Pacific Palisades and Brentwood, where, not coincidentally, many of the city’s richest and most powerful people live.

While the councils can claim successes ranging from establishing health clinics in Pico-Union, to making downtown greener, conventional wisdom is that the councils are not powerful enough. So, EmpowerLA, the city department that provides operational support for the councils, has sought to establish an Office of Civic Engagement with a staff that would work even more broadly to improve participation.

I’d argue that within California, the best city when it comes to infrastructure for participation is Los Angeles, despite its hard-won reputation for apathy and low voter turnouts.

The question now is whether, and to what extent, the new city budget might fund this project. Backers of the idea—Advancement Project California and leading nonprofits including Community Coalition and InnerCity Struggle—produced a report with several recommendations for what an office might do.

The document is convincing. Such an office could work to boost representation of low-income people, non-whites, and undocumented immigrants in public decision-making processes. And it could offer training sessions to citizens about how local government works, so citizens can learn how to better participate and also help their neighbors with engagement.

And the office would work with elected officials and other city departments to identify the right moments and best opportunities for the public to weigh in on policy and projects. The goal would be to establish “accessibility standards” that city officials would have to follow in public participation. Such standards might include making sure locations and times are convenient for meetings or events at which the public can participate, and that language translation, childcare, and food and drink are available.

“The city should be applauded on the start it has made” on civic engagement, says John Dobard, director of political voice at Advancement Project California, “but there is more the city could do to live up to what it says it values.”

The same could be said for other California communities. There is no better time than now for building an infrastructure for engagement. California desperately needs to rebuild its housing stock and change the way it uses energy—major transformations that will require strong public support. And the next two years will bring a new census and redistricting, both public processes that require participation.

But it won’t be easy, especially when it’s such a struggle for California’s biggest city to open a little office.