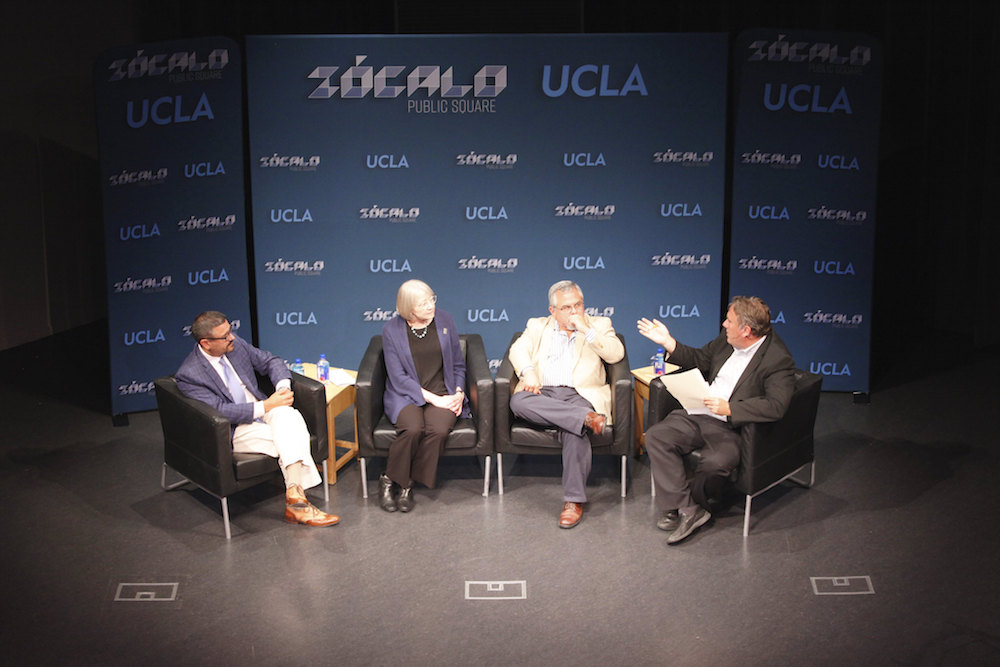 The California presidential primary traditionally has taken place in June, often well after the presidential candidates for all parties have been decided. But next year, California will join 12 other states for the Super Tuesday primary on March 3rd, 2020. What effect will this have on the election? Could California primary voters pick the next president?

This was the question panelists at a Zócalo/UCLA Downtown Event explored on May 15, at the National Center for the Preservation of Democracy in downtown Los Angeles. Zócalo Public Square California & Innovation Editor Joe Mathews moderated the event before a full house.

So, how exactly does the California primary work? The state is divided into congressional districts and each district gets a certain number of delegates. In the Democratic primary, districts with more Democratic voters, such as Maxine Waters’s district, get more delegates, vice president of the American Association of Political Consultants Rose Kapolczynski explained. You “get credit for being more Democratic,” she said. In every congressional district, the votes for all candidates are tallied, and if a candidate captures at least 15% of the vote of that particular district, they are awarded a portion of the delegates that were assigned to that district. Another portion of delegates is allotted based on how the state votes as a whole.

The early calendar dates of the New Hampshire primary and Iowa caucus could still somewhat dampen the impact that the California primary can have, since so much about the presidential contest could be determined before Californians ever get to the polls. However, the California primary will be important, “just not first, second, or third, or fourth,” in importance, Kapolczynski said.

California, Latino Decisions co-founder and UCLA political scientist Matt Barreto explained, can be very influential in 2020 both because of the earlier primary date and for other, more fundamental reasons. California is the most diverse state, has the most diverse Democratic electorate, and has the most Democratic delegates to award, over 400 total. “It is the biggest prize,” Barreto said. And it could nudge the nation in its own forward-thinking direction.

But while Californians are very comfortable voting women into legislative office, California has never had a woman as governor, and Los Angeles has never had a woman as mayor, Mathews noted. Kapolczynski agreed, as research suggests that voters are much more likely to vote for a woman running for a legislative office rather than an executive office, which is why “we haven’t broken the ultimate glass ceiling yet.” Voters wonder, “Is that woman tough enough? Do I trust her with my taxes, to spend them right? Is she going to educate my kids? What happens if there’s a war?” she said, adding that despite the progress women have made, “there are still those reservations.”

California is one of the most diverse states in the U.S., which would suggest the state would be more open to non-white candidates. In some ways it’s true, and Barreto also sees evidence of an increase in white voters in California supporting minority candidates. Segura countered, however, that electing diverse officials in “California is not without its challenges,”—noting that there has been reluctance to elect minority candidates to the Senate and other high, statewide offices.

How about the other ways California might influence the election? Can we expect national candidates that aren’t Californians “to become Californians for a period of time?” Mathews wondered. “Are we going to see them in the almond groves with the blossoms in February?” “Is some desperate, attention-seeking candidate going to do an event that’s cannabis-themed, where they are eating brownies or smoking something?” The audience and panelists laughed. And while Barreto predicted that “Beto will probably surf,” Segura said that we won’t likely see any candidates at cannabis events because they will “have to go to compete in Mississippi” just a few weeks after.

Would a Republican primary challenger to President Trump be able to compete in California? Segura believes there’s zero chance. The California Republican Party “is not able to pivot,” he said, because there aren’t enough moderate primary voters to really have an impact. And of course it doesn’t help that Trump’s likely plan, as Segura sees it, “is to treat any challenger as if they don’t really exist.”

California can and likely will influence the national debate when it comes to issues that are of importance to the state, including immigration reform. But Segura said there’s “a dirty little secret” when it comes to immigration politics. Rather than being a divisive issue, it’s one that the majority of Americans can agree on. Seventy percent of Americans believe in comprehensive immigration reform with a path to citizenship, Segura said. California has already had a lot to do with the movement that’s already occurred on this issue, Barreto said.

Other issues that are important to California—housing, homelessness, and water issues—might not initially be part of the national debate, but there is a way the primary can broaden discussion of these issues and make them part of the national conversation. Water management, for example, can easily be linked to climate change—and California has shown the nation, notably through Governor Jerry Brown’s environmental initiatives, that “your economy won’t collapse if you take significant action on climate,” Kapolczynski said.

While the March 3rd primary will take place just a week after the Oscars, we shouldn’t expect Hollywood to have much of a direct impact on the elections, said Kapolczynski. Celebrities are concerned with their brand, she said, so they rarely come out to wholeheartedly support a specific candidate. Where they can and have made an impact is urging their fans to register and turn out to vote. “That’s considered safe ground in Hollywood because it’s democracy,” Kapolczynski said, “and we’re all supposed to love it unless you’re in the White House right now.” In order to get people to the polls, you have to make it easy for them, and meaningful, she added, and “a celebrity can make it meaningful for some people.”

During the question and answer period of the evening, one audience member wondered about the impact of the senior vote in California. The panelists agreed that because of threats to programs like Social Security, that the senior vote in California will likely trend even more Democratic than it has in the past. If Trump actually had a viable Republican primary candidate to contend with, this would be where he would suffer, Segura said.

California’s March 3rd primary “will come and go before the Rams stadium is finished” and “before the new Crenshaw light rail line opens,” Mathews said. And while California’s impact on selecting the next president remains to be seen, we “might be seeing the return of California picking the president and being relevant this year,” Barreto said. 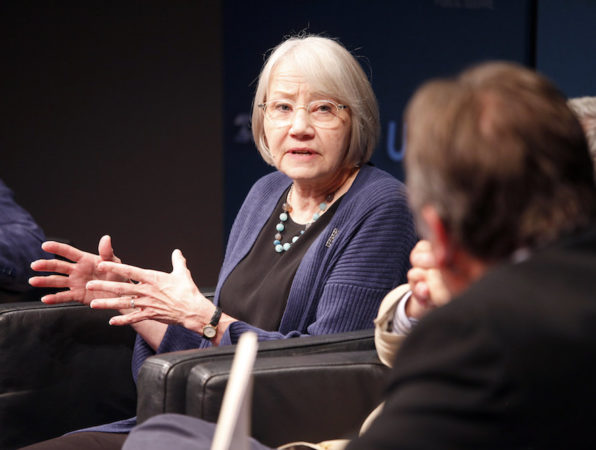 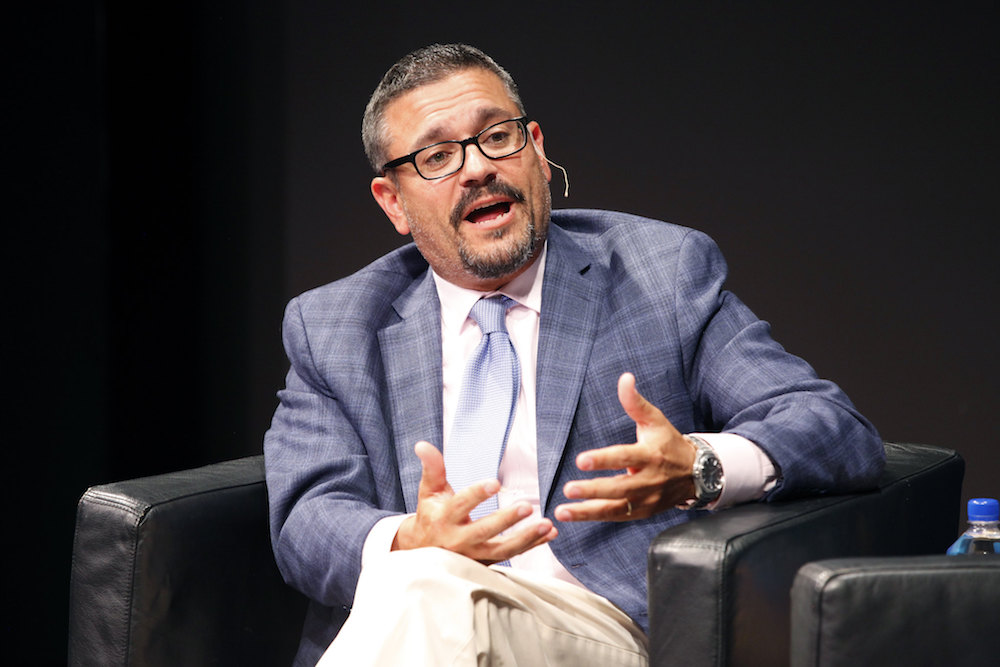 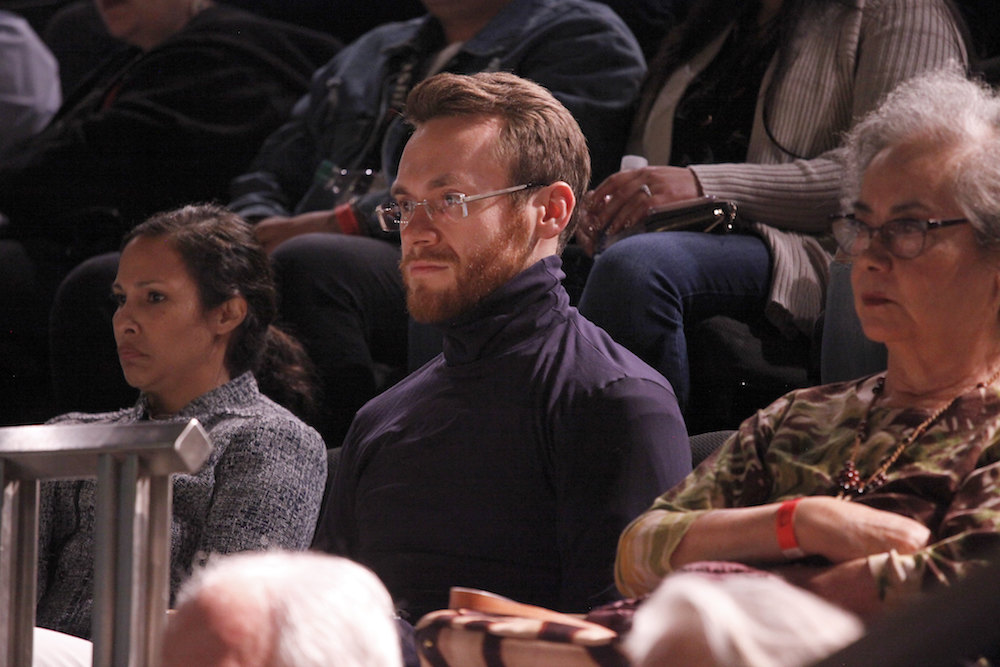 The audience at the National Center for the Preservation of Democracy in Los Angeles. 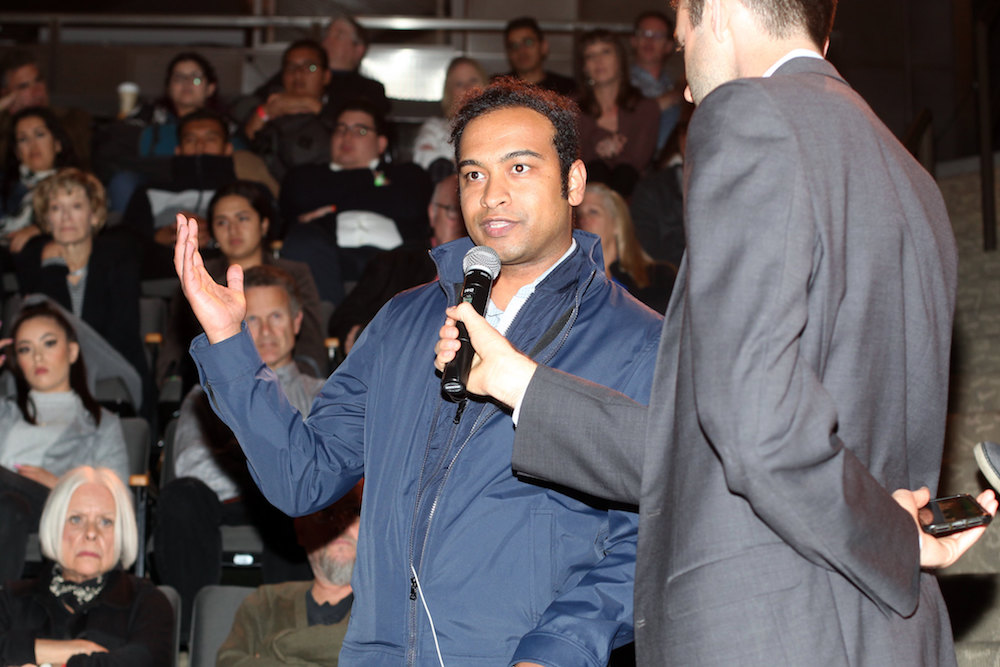 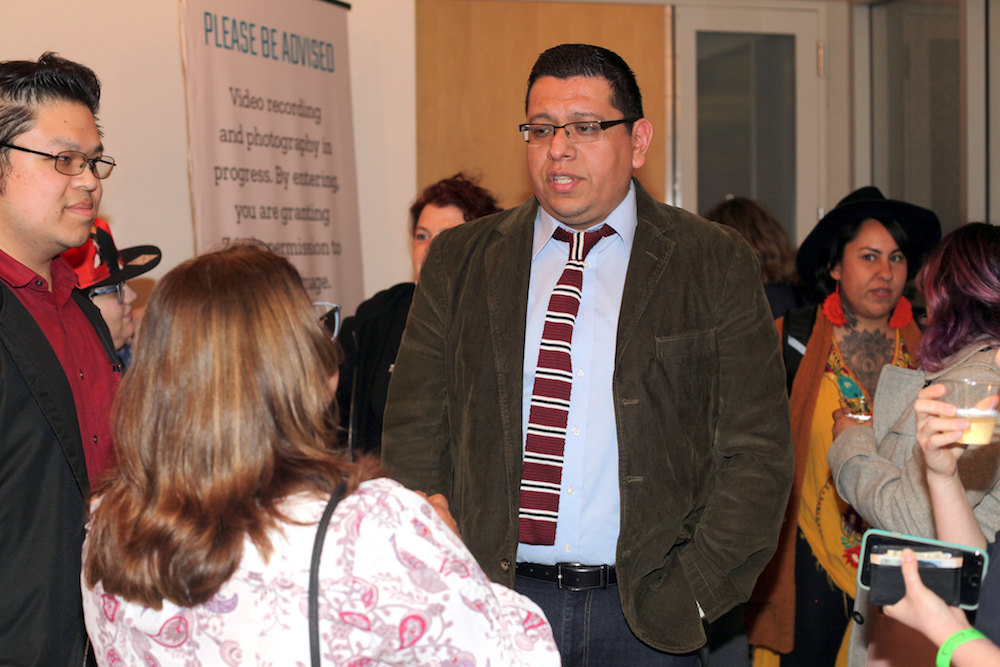 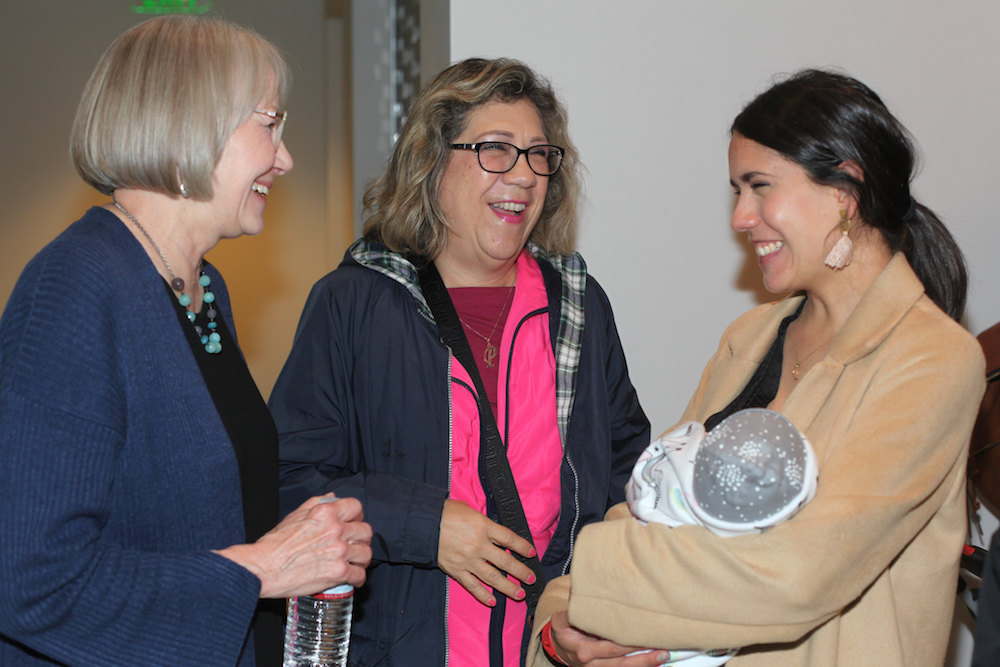 Rose Kapolczynski, vice president of the American Association of Political Consultants, speaks with guests at the reception.