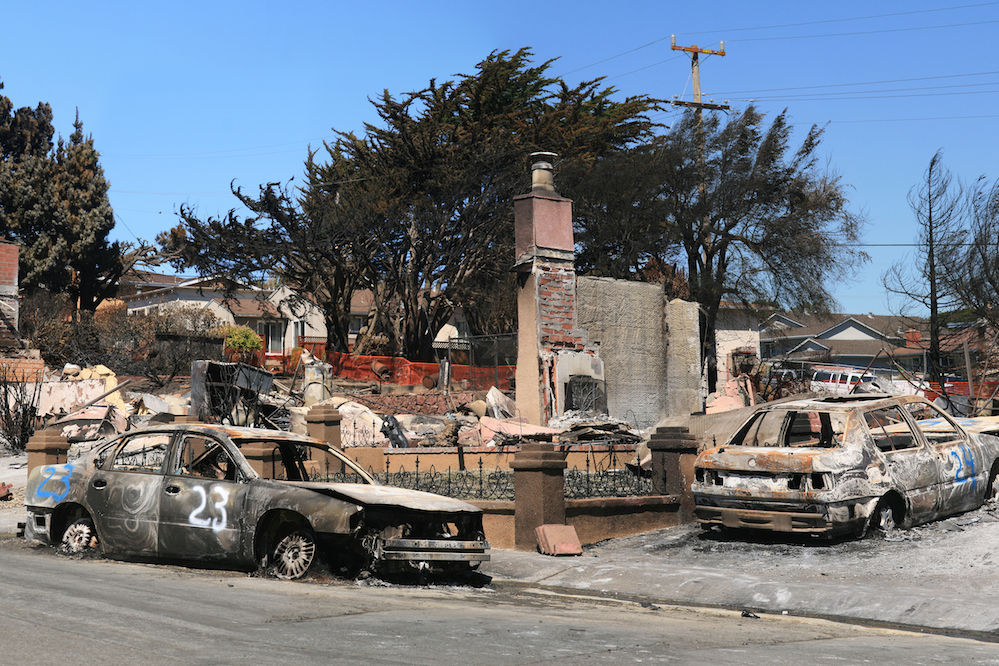 After all, the PUC already has been assigned responsibility for nearly every other wickedly difficult problem in California.

Are we asking too much of the PUC? Perhaps, but this is almost certainly how things have to be in a state whose citizens and government agencies routinely dodge the most complicated challenges. The PUC is full of smart and technically proficient people, from engineers to scientists to judges, who have grown accustomed to getting blamed when they can’t resolve the impossible problems we keep sending their way.

California leaders’ preference for the PUC as a universal solvent for bureaucratic clogs was the little noticed subtext of the recent debate over the wildfire legislation known as AB 1054. While media and politicians debated whether the new law was a bailout for privately-owned utilities, the legislation’s details were all about giving the PUC the thankless job of creating complicated new rules and standards around prevention and costs of wildfires.

Such transfers of responsibility are justified by the fact that politicians lack the technical expertise of the PUC. But there are other reasons too. Companies, particularly in telecommunications, find it more efficient to submit to regulation by one large and sophisticated statewide entity—the PUC—than to tangle with regulation by California’s myriad of local governments.

And politicians, in turn, appreciate how the commission serves as the state’s biggest political piñata. The PUC, by taking the lead on so many hard questions, ends up absorbing blows that might otherwise be directed at elected officials.

There are rewards for playing the punching bag. The PUC has become the most powerful regulatory entity in a regulation-mad state.

And that power can produce some results. The PUC gets significant credit for the rapid adoption of renewable technologies—namely wind and solar—by the privately owned electric utilities it regulates.

The five-member commission, appointed by the governor, is likely to become even more powerful in the future. That’s because its responsibilities—the regulation of telecommunications, electricity, gas, water, passenger transport, and rail safety, among other items—overlap with the two greatest forces altering California life: the digitalization of everything and climate change. Many of the PUC’s newest duties, including wildfire safety and the regulation of Uber and Lyft, are the product of those forces.

The PUC’s specific decisions often make news, even if the public knows very little about the people making them. In just the last year, the commission has acted on a bizarre array of tricky questions involving wildfire prevention, high-speed rail, the electrification of transportation lines, the electric grid, battery storage on that grid, emergency preparedness, clean energy for disadvantaged communities, broadband access for rural communities, and water on the Monterey Peninsula.

To do all this, the commission has grown into an agency with 1,300 employee positions and more divisions than the Marines and Major League Baseball combined.

While the size and reach of today’s PUC is new, the commission has always been central to the story of modern California. Indeed, the commission was established by the voters in the same historic 1911 special election that introduced important reforms of Gov. Hiram Johnson and the California Progressives, including the ballot initiative.

The commission was conceived as a new regulatory check on the power of the railroads. But it only took a few years to expand its authority to natural gas, electricity, telephones, water, cars, and trucks.

That expansion, and the post-World War II extension of the PUC’s powers to regulate new communications industries, created a tension that has never gone away. In our rapidly innovating state, the PUC is always struggling to keep up with new technologies and new companies. But the statutes and structure of the PUC retain the formal and legalistic feel of its early 20th century origins, when its goals were to defend monopolies while also making sure the services those monopolies provided were accessible and affordable for all Californians. This has resulted in a tension between the agency’s very modern technical expertise and its antiquated structure.

Late in the 20th century, the PUC took on more formal duties as the protector of consumers. And in our current decade, the PUC has been tasked with protecting public safety—especially after its failure to prevent the deadly explosion in 2010 of a Pacific Gas and Electric Company gas pipeline in the city of San Bruno.

As the PUC has added responsibilities, it’s often built new structures on top of the old, giving the agency a very decentralized feel, almost as though it were a confederation of a dozen boutique agencies.

Almost since the beginning, the PUC has faced criticism for favoring the utilities it regulates. Earlier in this decade, a public scandal erupted when federal and state investigations showed inappropriately close communication between then PUC President Michael Peevey and the Pacific Gas and Electric Company.

But even as California leaders denounced the PUC and urged audits and reform, they kept adding to its duties. After the Peevey scandal, PUC leaders and the legislature discussed reducing the commission’s responsibilities so it could focus more on regulating gas and electric utilities. A proposal to hand Lyft and Uber off to Caltrans was discussed. But in the end, only a few of the PUC’s smaller responsibilities in transportation—like the regulation of ferry services—were given to other agencies.

Even after the recent deadly megafires, including the one that destroyed Paradise and was linked to a PG&E transmission tower, the response in Sacramento was to boost the PUC’s resources and to house a new wildfire safety division at the agency, at least temporarily. And with some state officials suggesting that the PUC step up field inspections of utility infrastructure, it’s conceivable that it could add thousands of new personnel.

And politicians, in turn, appreciate how the commission serves as the state’s biggest political piñata. The PUC, by taking the lead on so many hard questions, ends up absorbing blows that might otherwise be directed at elected officials.

Running a commission like this, one assemblyman has said, is like “managing a lion.” That’s an understatement. The current PUC president, Michael Picker, widely praised for restoring credibility for the PUC after previous scandals, recently announced his retirement. Asked by the San Francisco Chronicle if he had enjoyed the work, Picker replied: “It’s the most frustrating job I’ve ever had. Not the worst—I worked for a meat packer picking up dead cows once.”

When Gov. Gavin Newsom announced he would replace Picker with Marybel Batjer—one of the kindest and most resourceful people in state government (she managed cabinet agencies both for Jerry Brown and Arnold Schwarzenegger)—I initially wondered if the governor was punishing her. I’ve been assured that he’s not. But Newsom has done her no favors.

It would be hard enough to run the PUC as it exists now. But with a six-year term, Batjer will soon be overseeing a PUC that does even more than it does today as it tries to keep up with California’s many inventions.

Figuring out how to better regulate a regulator that everybody wants to regulate everything is the supernova of problems. The PUC’s portfolio should really be narrowed to improve its focus, and its structures modernized and made more democratic. But if you asked the governor and the legislature to take on such reforms, they’d probably just kick the task back to the PUC itself.