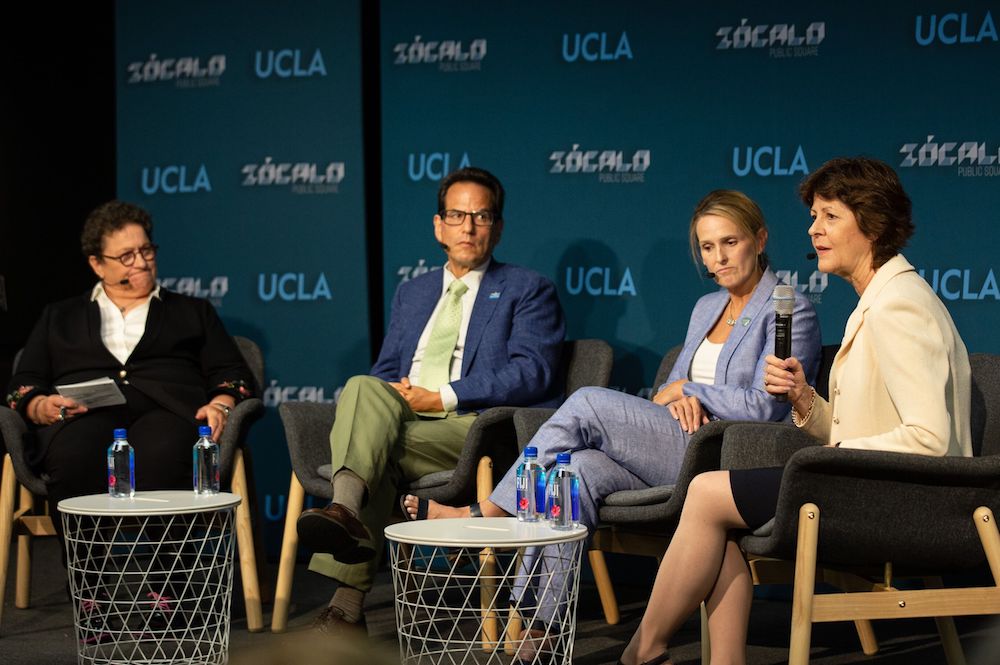 Is there something about modern life that causes depression?

Worldwide, rates of depression increased by 15 percent between 2005 and 2015, according to the World Health Organization. Almost everyone has been touched by depression, if not their own then that of a friend or family member. As depression becomes our new normal, the question of how to diagnose, prevent, and treat it becomes ever more urgent, said a panel of experts at a Zócalo/UCLA event titled “Is Depression a 21st-Century Epidemic?”

Before a full audience at the House of Sweden in Washington DC, the event began with a question from moderator Amy Ellis Nutt, former science writer for The Washington Post, that underscored the complexity of the task of treating the disease: “How can we truly assess the rate of depression in the US or the world without an adequate definition of what depression is?

In fact, depression, which spans emotions ranging from sadness, to the inability to work, to thoughts of suicide, may not be one disease, said psychiatrist Nelson Freimer, who is director of the UCLA Center for Neurobehavioral Genetics. “We really have to start thinking of depression as a group of illnesses which have many features in common,” he said. But Freimer cautioned this fact should not deter us from determining what forms depression takes are so we can understand and treat them.

One theme of the evening was that current limits to diagnosis and care should not define the sort of research done on depression. When half of American counties have no psychologists, new modes of treatment are necessary. Shelli Avenevoli, Deputy Director of the National Institute of Mental Health (NIMH) said we need to start thinking about options for treating people without using an on-site therapist or doctor.

The NIMH, she said, is looking into using telehealth—or video—so that mental health professionals can reach people in remote emergency rooms, or even do family therapy to rural homes.

Indeed, the treatment of the future—whether it is targeted drugs or new innovations in therapy—may not involve much one-on-one therapy at all, panelists suggested.

Michelle Craske, director of UCLA’s Anxiety and Depression Research Center, said that increasing access to mental health care, while important, would not be enough to address the problem of depression. “When you think of the rates of depression and anxiety and related conditions, and especially among youth, it’s almost impossible to think we’ll ever have enough clinicians to do the job,” she said.

A further complication is that current treatments for depression—whether drugs or therapy—only put the condition in remission about half the time. That’s why some scientists, in search of more effective treatment, are trying to determine which genes are involved in different underlying causes of depression.

Freimer noted that the field of cancer therapy has undergone a revolution over the last 20 years so that patients are now pre-screened to see which drugs are likely to be most effective. He said he hoped for something similar to happen in depression treatment.

The other big change underway in the treatment of depression is a shift towards trying to make sufferers feel more joyous (as opposed to making them less miserable). As the controversial drug ketamine has been used to successfully treat some people whose depression has resisted standard medicines, researchers have realized that positive moods and negative moods are “not on a continuum,” said Craske, because the brain circuits for negative emotions are different from the ones for positive emotions. “There’s a shift in the field away from negative and towards positive,” she said.

Michelle Craske, director of UCLA’s Anxiety and Depression Research Center, said that increasing access to mental health care, while important, would not be enough to address the problem of depression. “When you think of the rates of depression and anxiety and related conditions, and especially among youth, it’s almost impossible to think we’ll ever have enough clinicians to do the job,” she said.

As the evening went on, panelists suggested that the outlook for depression is not as bleak as it currently seems. A multidisciplinary effort by UCLA is studying 100,000 people to find underlying genetic and environmental causes for depression. Included in this project, called the Depression Grand Challenge, is a program available to UCLA’s 44,000 students, of whom one in five experiences depression during the school year. Students can use an online screening tool that connects them to resources ranging from online therapy, to student coaches, and even to emergency teams. Some 6,000 students have used the program and gotten help where they needed it. And professionals have met with 650 students expressing suicidal thoughts, according to Craske.

When it came to the question of whether modern life is making us depressed, the panelists’ verdict was cautious.

A member of the audience, who said he works in technology, asked whether technology was worsening mental health problems. The panel agreed that it’s likely that technology—which enables such stressors as online bullying, social isolation, distraction, and withdrawal—is bringing depression to the surface in people who are at risk for it. But technology also offers enormous opportunities for outreach and, prevention. Craske said it was an “amazing way to get treatment to people who otherwise could not get it.”

Avenevoli agreed, “The reality is that we are not going to change the culture of technology. So how do we leverage it for treatment?” 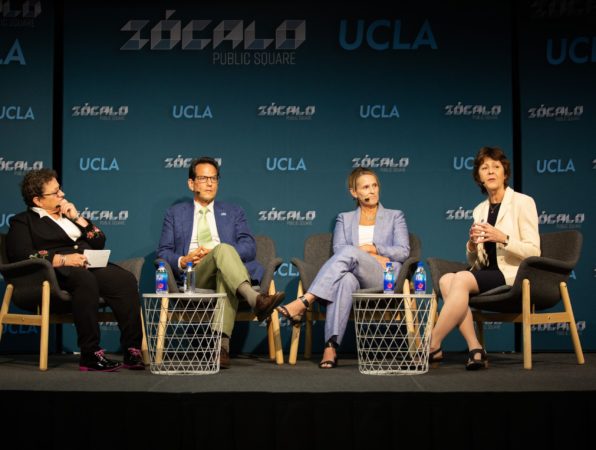 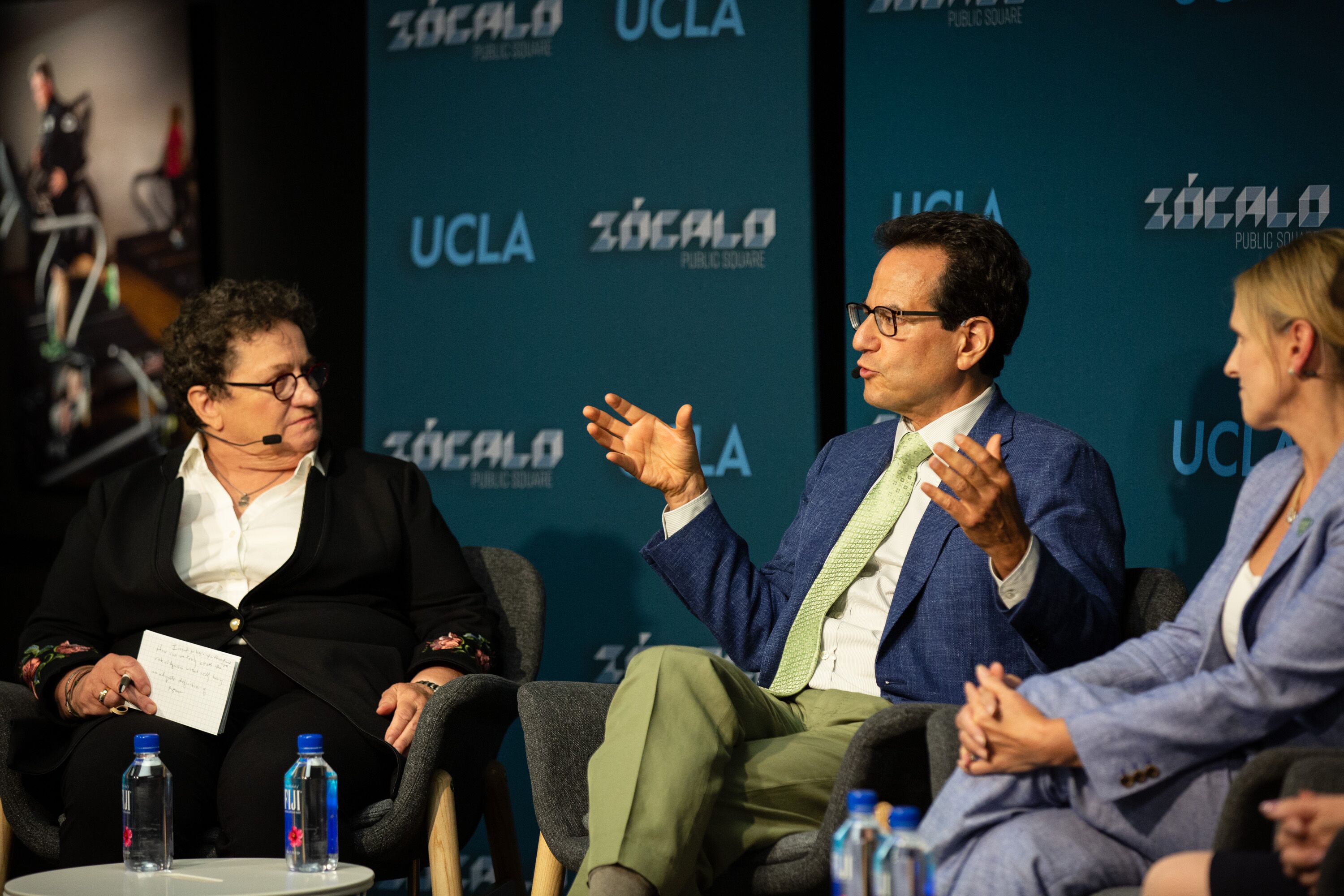 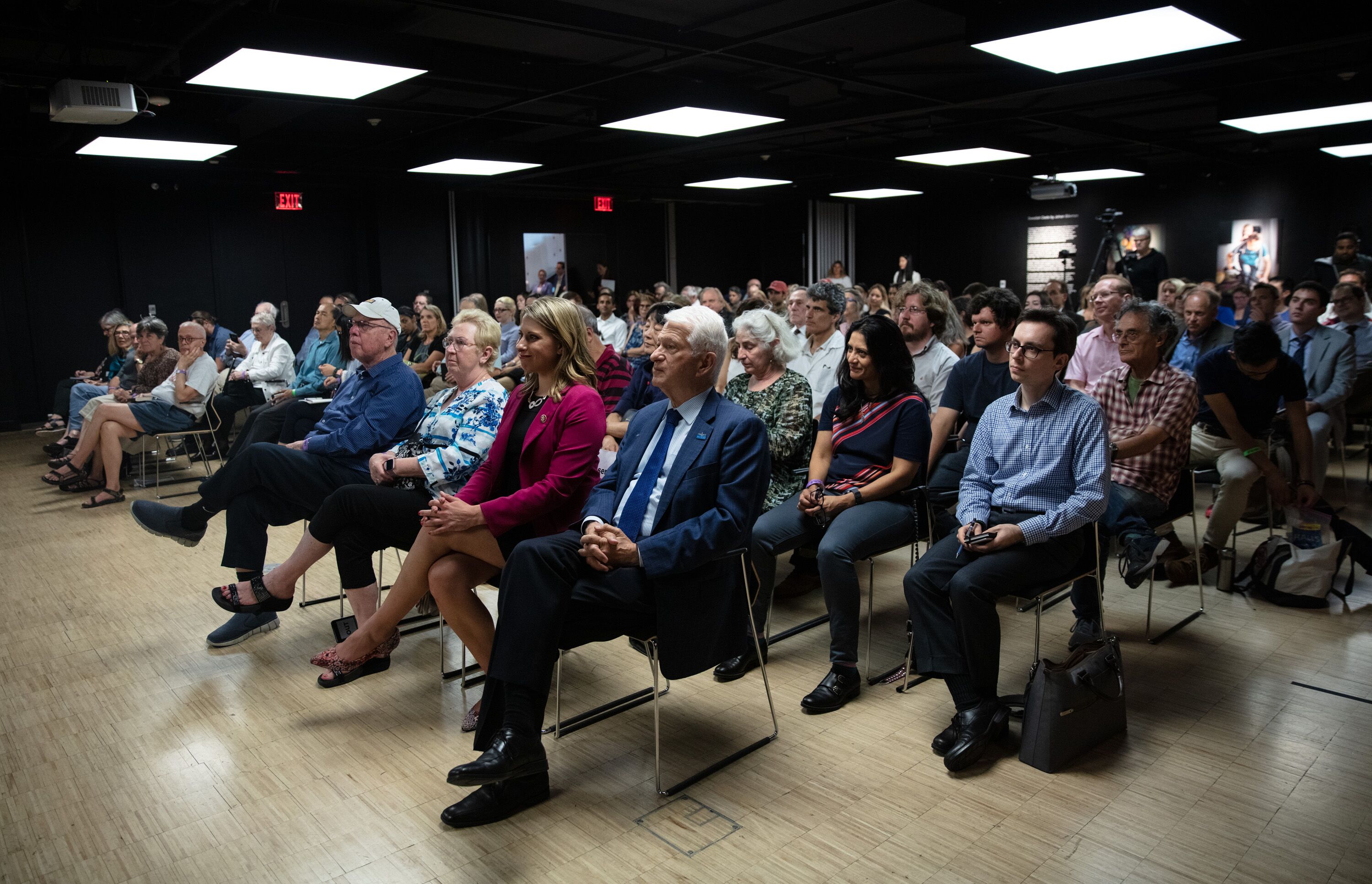 A full house at House of Sweden in Washington, D.C. 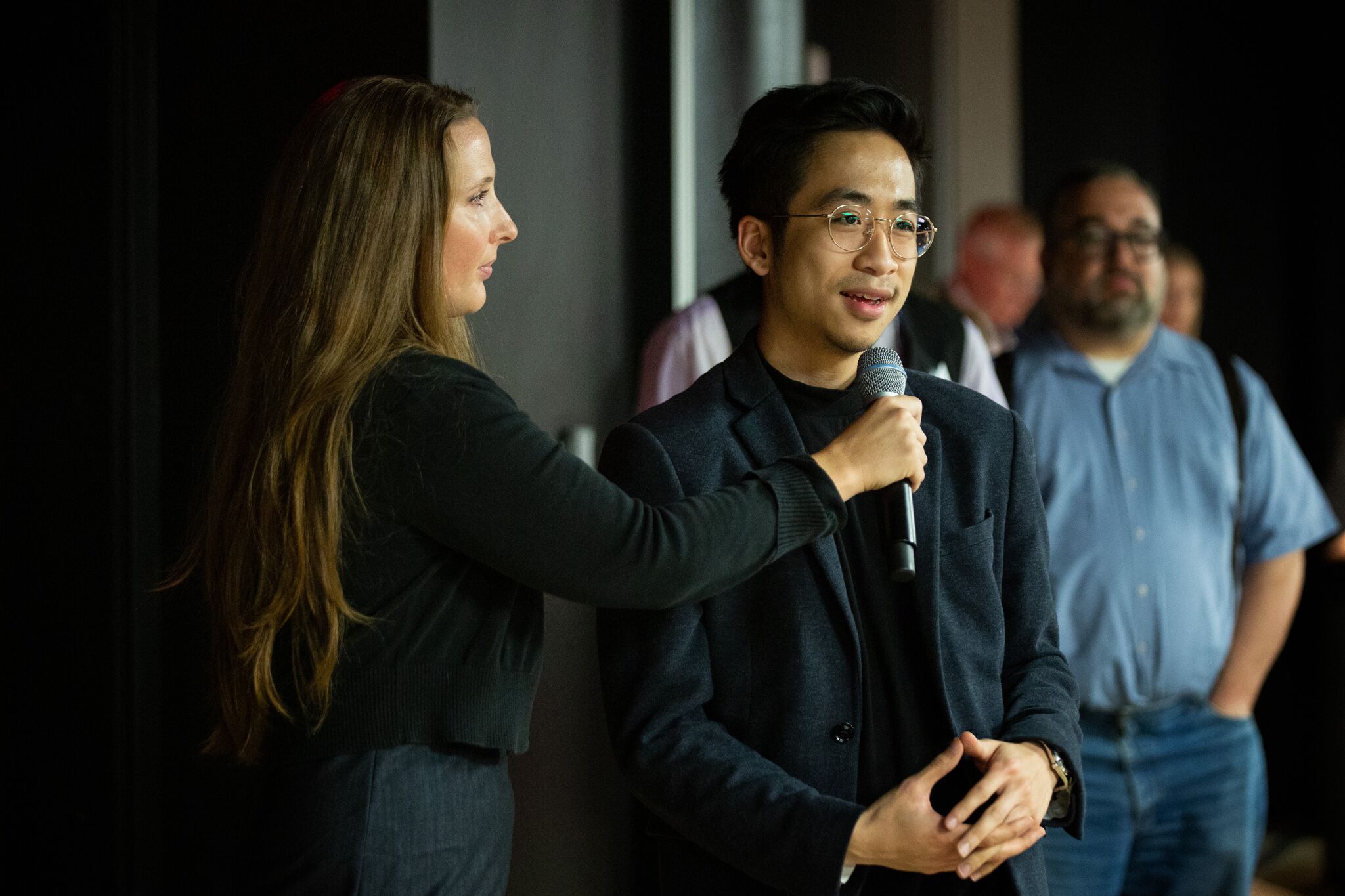 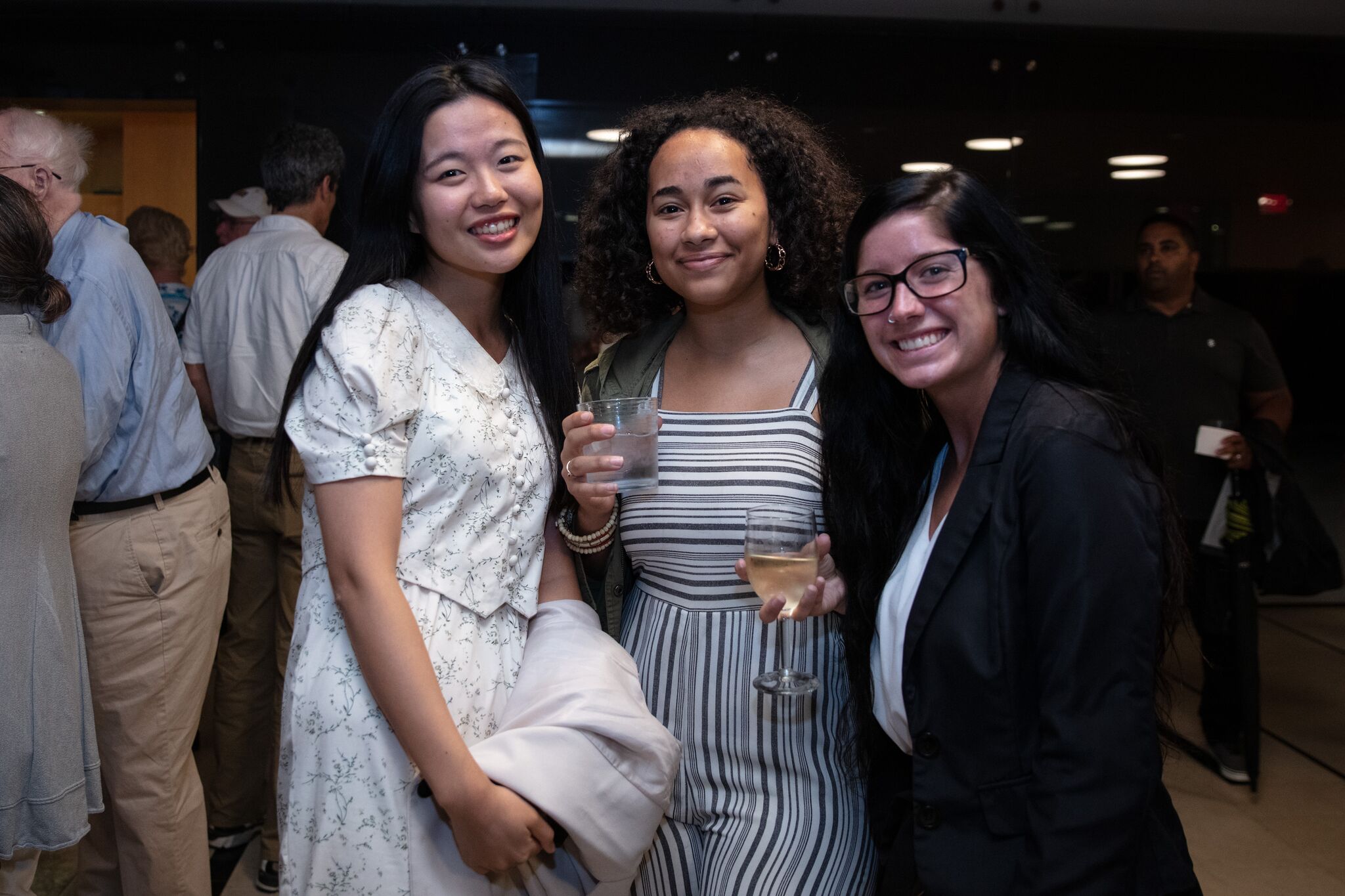 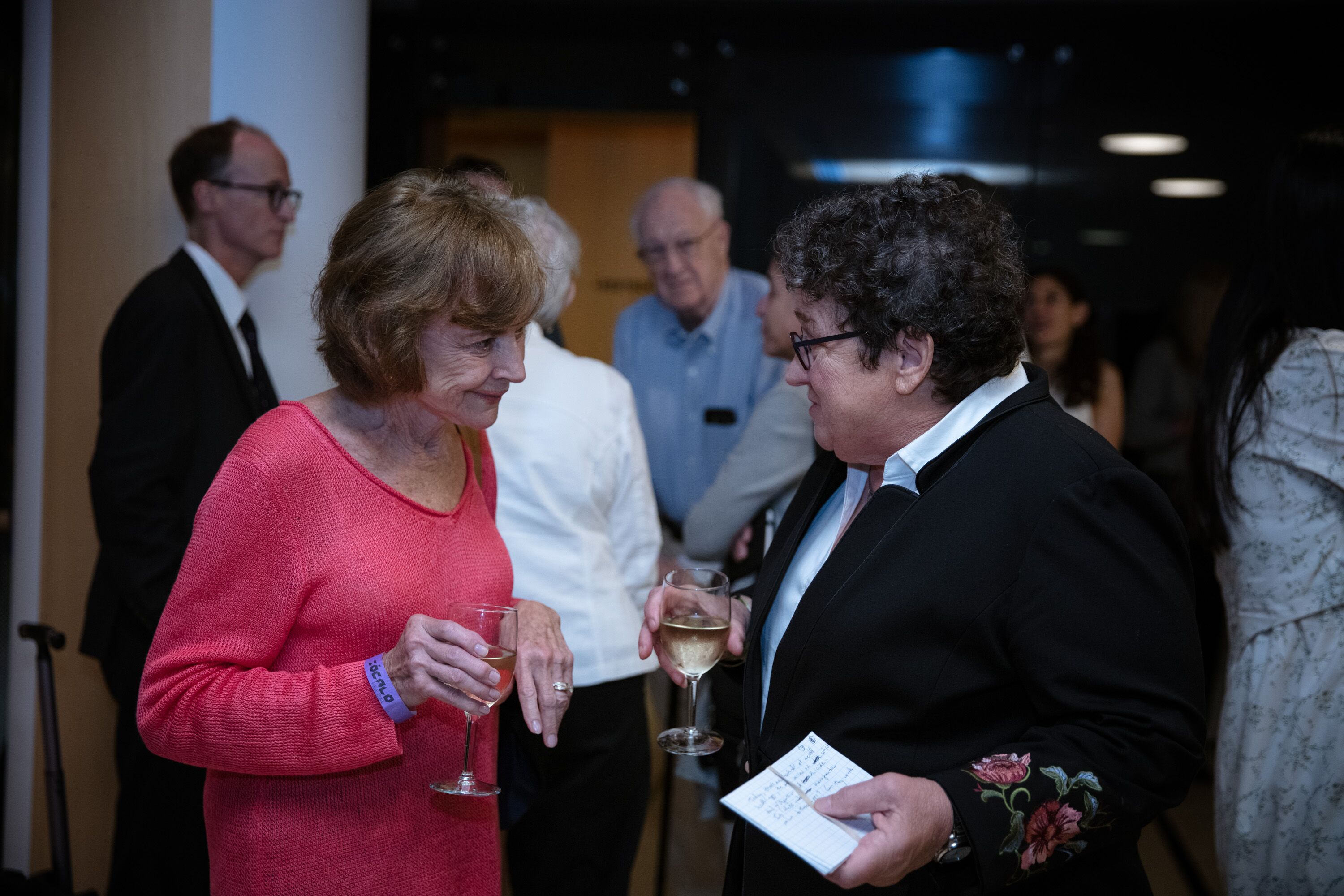 Moderator Amy Ellis Nutt speaks with guests at the reception.