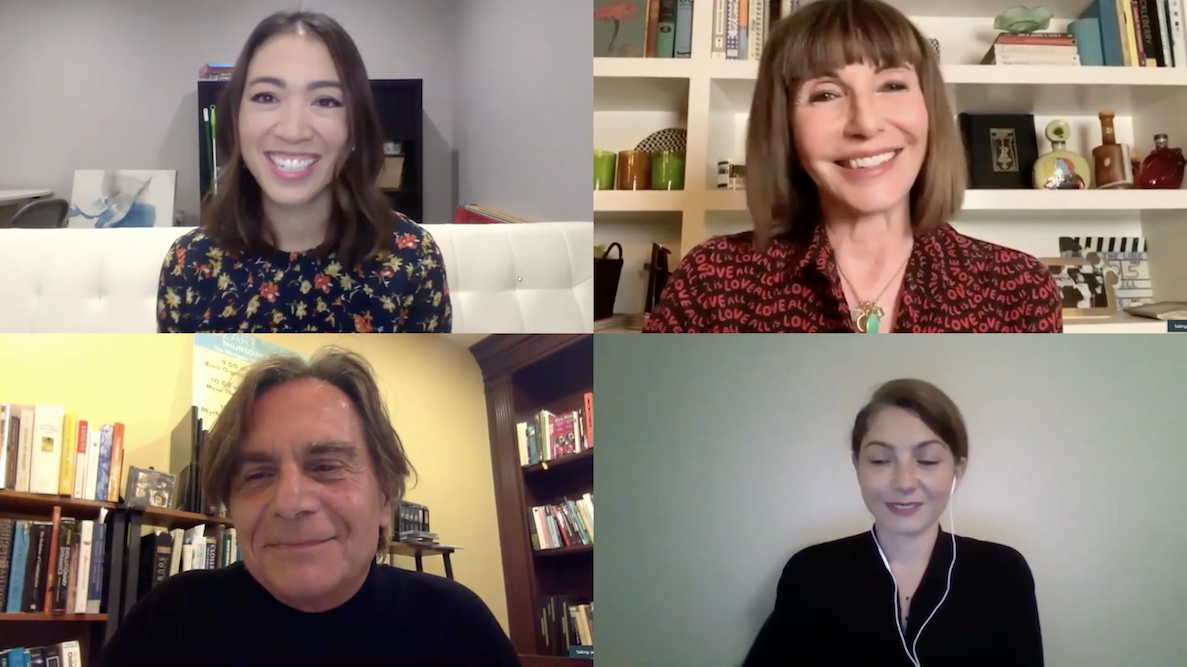 Music can improve the academic performance and impulse control of children. It can ease anxiety and depression. And it may even help the rest of us cope with the novel coronavirus pandemic, said a panel of musicians and brain scientists at a Zócalo Public Square event last night.

The event itself represented a novel attempt to cope with the challenges of coronavirus. For the first time in its 16-year history, Zócalo, which has produced more than 600 events to date, presented its first last night without a live audience. Instead, the evening discussion, entitled “How Does Music Change Your Brain?,” was conducted live on Zócalo’s YouTube channel, with the panelists speaking over internet video links while remaining at home, as California authorities have mandated.

The format produced a fast-paced discussion between panelists—as well as freewheeling exchanges among the hundreds of audience members on YouTube’s live chat. At one point, after actor and songwriter Mary Steenburgen, one of the evening’s panelists, explained how she had been drawn to the accordion, the Nirvana bassist Krist Novoselic, who also plays accordion (and is a Zócalo board member), appeared on the chat and offered to jam with her once the discussion was over.

NPR host-at-large Elise Hu, the event’s moderator, began the night by asking why the effects of music on the brain are so powerful and meaningful. That touched off a conversation that mixed the musical and the medical, with panelists discussing both detailed neurological research as well as their personal experiences with music.

Tramo laid out both evidence and anecdotal experience of how music can affect brains, and noted that these insights are not new. “Remember, Apollo was the god of both medicine and music,” he said.

Steenburgen, an Academy Award winner, recalled how she woke up from a 2007 surgery on her arm, which required a general anesthetic, and “felt very different … I felt as if the sound of my brain had changed. I was obsessed with anything musical.”

At first, this was distressing. “I wanted my old, much quieter mind back,” she said. But when she realized her new reality wasn’t going away, she decided to “take what [she] was hearing and then express it in songs.” After considerable work with other songwriters and a music lawyer, she became an award-winning songwriter herself. “Glasgow (No Place Like Home),” a song she co-wrote for the 2019 film Wild Rose, won critics’ and audience awards, and was short-listed for an Oscar.

Steenburgen, now star of the NBC TV drama “Zoey’s Extraordinary Playlist,” about a young coder who develops the power to hear people’s innermost feelings through song, still isn’t sure what happened. “But to this day, my brain is different from what it was,” she said. “Logic would tell me that I got access to something that was there already … I had a grandmother who was extremely musical. Sometimes I’ve wondered, ‘Could I have done this all along?’”

UCLA neuroscientist and ethnomusicologist Mark Jude Tramo, who directs the Institute for Music & Brain Science, said that Steenburgen’s experience reminded him of Dr. Oliver Sacks’ account of Tony, a patient who got hit with lightning and became preoccupied with piano music. Tramo added that surgeons often listen to music as they work, and it may have an effect on them and their patients. “I recommend that you ask your surgeon what he was playing,” he said.

Tramo laid out both evidence and anecdotal experience of how music can affect brains, and noted that these insights are not new: “Remember, Apollo was the god of both medicine and music,” he said. But Tramo stressed that we need more research—including clinical trials—so that medicine can make better use of music in actual treatment.

Music treatment, as he pointed out, “is effective, but it is not available to everyone because of Medicare and third-party payers.” Tramo, who also serves as co-director of the University of California Multi-Campus Music Research Initiative, later quipped that we “want to make the hospital a little bit more like Disneyland, and a little bit less like Salem”—during the witch trials, that is.

USC Brain and Creativity Institute research psychologist Assal Habibi, who is also a classically trained pianist, described her research with children, starting at age 6. She noted that children who study music improve their emotional development, are better at being empathetic, and show improved cognitive skills and executive function. When asked why, she noted that music training changes the function and structure of the brain. She added: “We know that children, when they’re moving to a rhythm, … they tend to be more social.”

Habibi also cited evidence that music can help with depression and anxiety—and not just in children. In one intervention in her research, older adults were put into a choir, and the experience helped with their hearing skills, which allowed them to enjoy socializing more, and that in turn improved their overall well-being.

The current pandemic came up repeatedly throughout the evening, including during a question-and-answer session that featured questions drawn from suggestions made by audience members on the live chat.

Habibi suggested that people make use of this time to “have an artistic experience at home as a family.” Have children play on pots and pans, and experiment with music. “I would emphasize that they play whatever they want to play,” she said.

Steenburgen took note of the powerful scenes of people in Italy singing from their balconies. “It not only put smiles on their faces and lifted them up,” she said. “But it lifted all of us up who saw that” online.

Perhaps that could be an inspiration, Steenburgen said, just as the difficult moments after her surgery convinced her to embrace songwriting for the first time. “Maybe during this time when we’re all stuck in our houses,” she said, “people will say yes to some things they’ve never said yes to.”

Several audience members asked what books the panelists recommend on the subject. Here are a few: 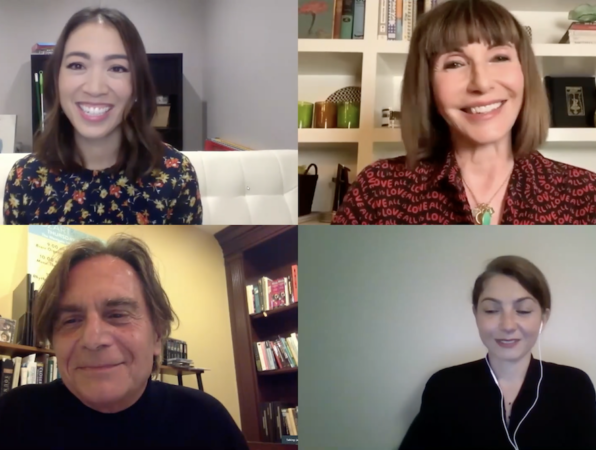 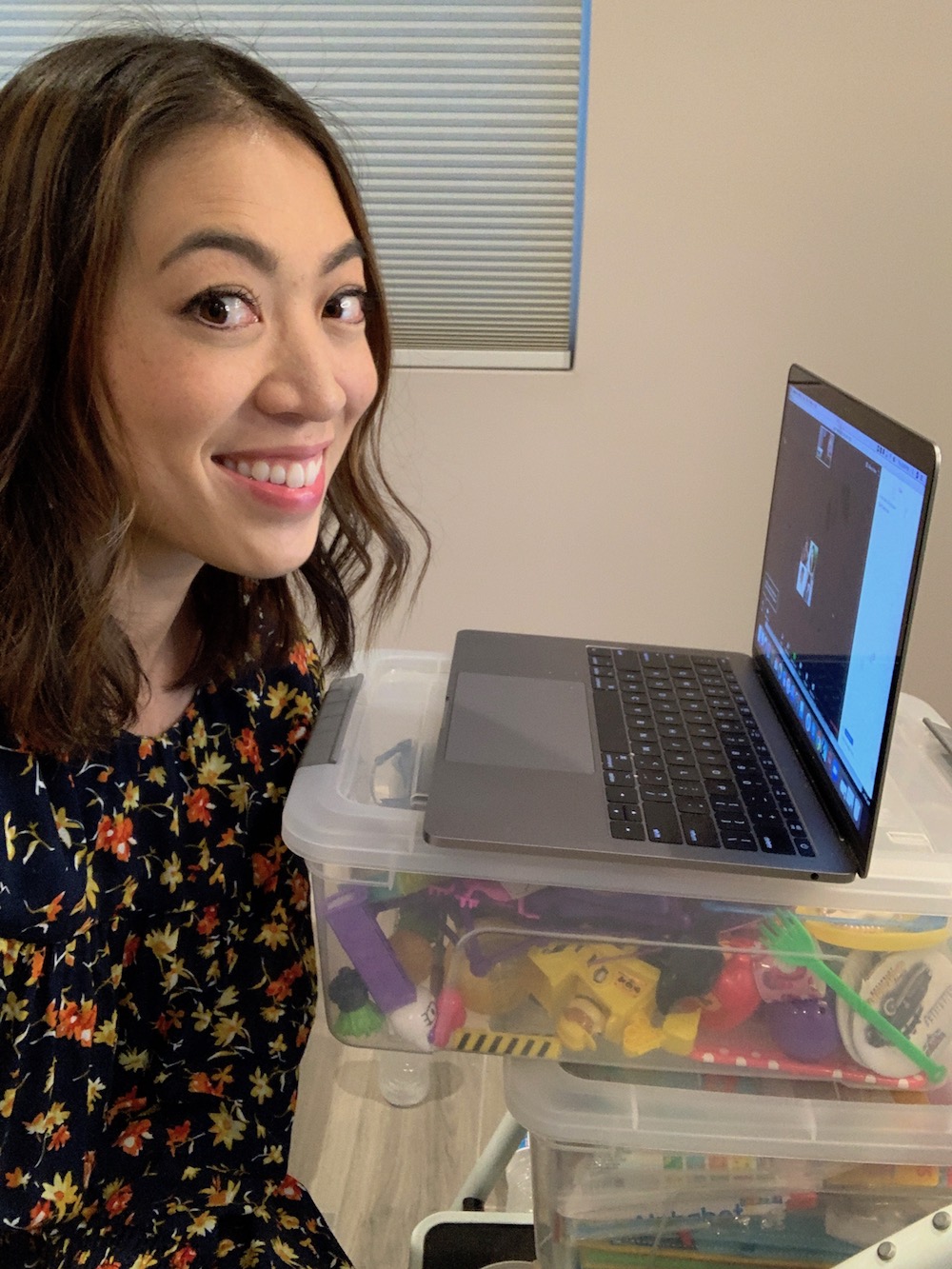 Moderator Elise Hu, NPR host-at-large, took a selfie of her setup behind the scenes 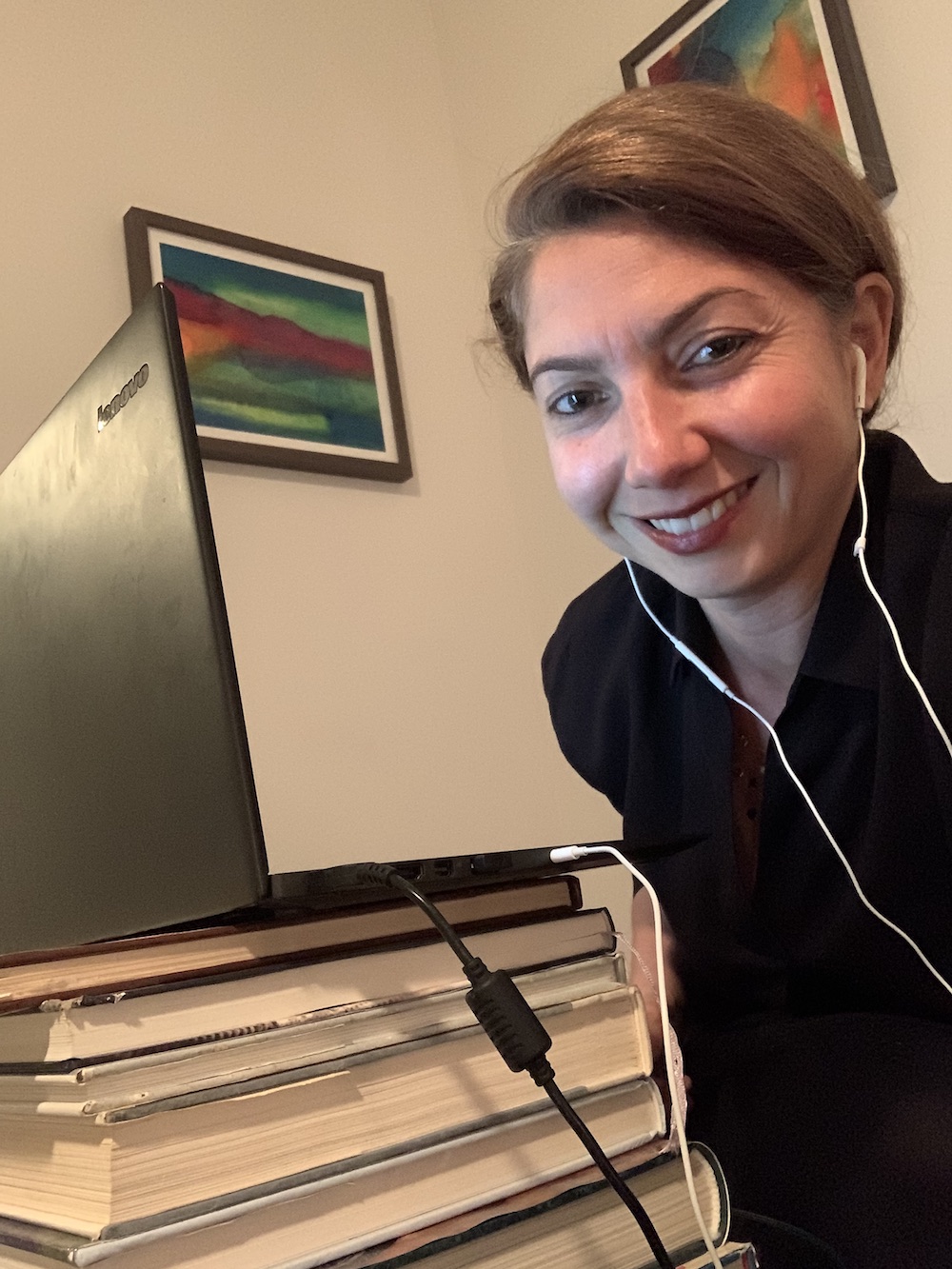 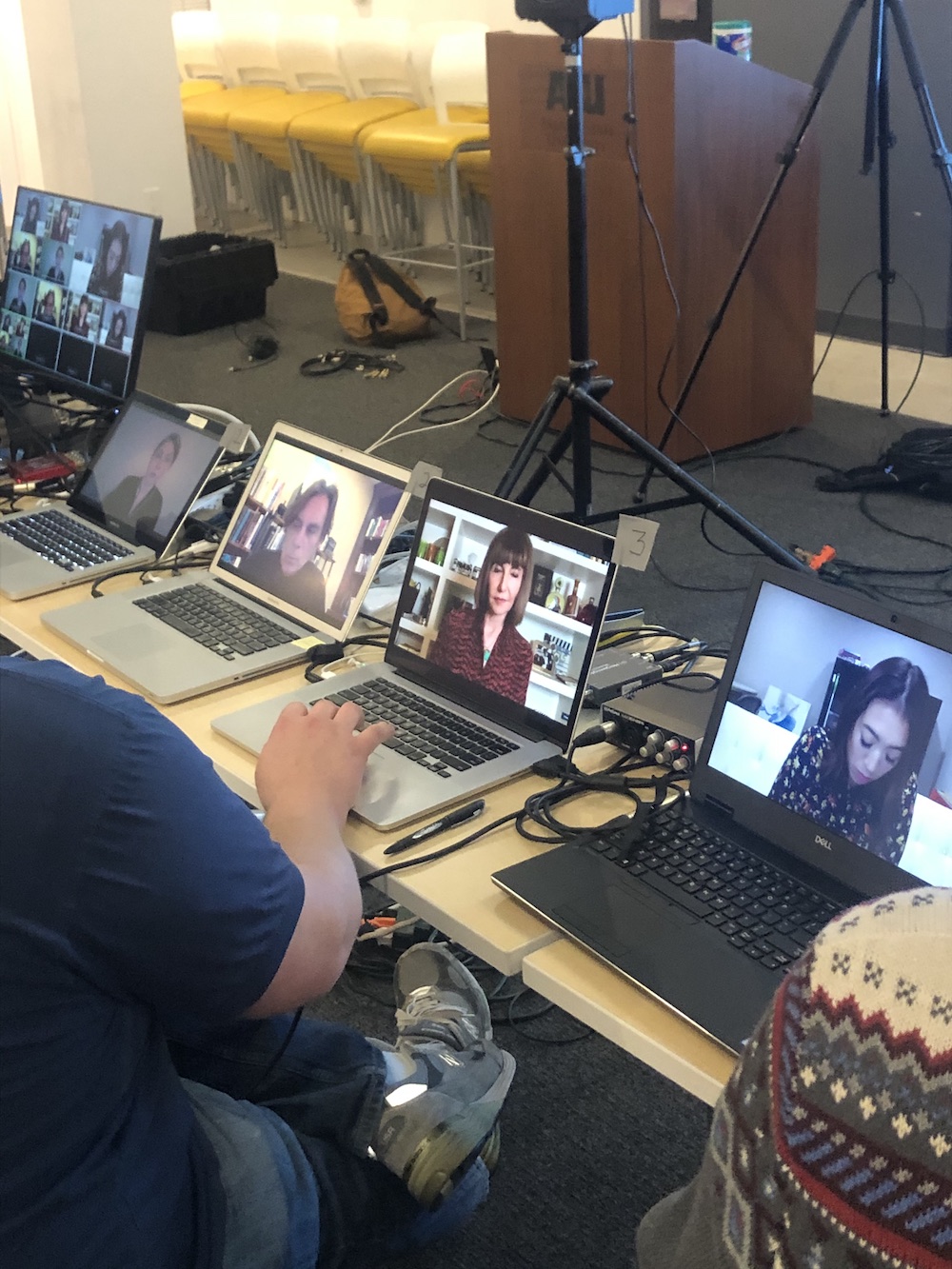 In lieu of a reception, we made a playlist with song picks from the panel and Zócalo staff