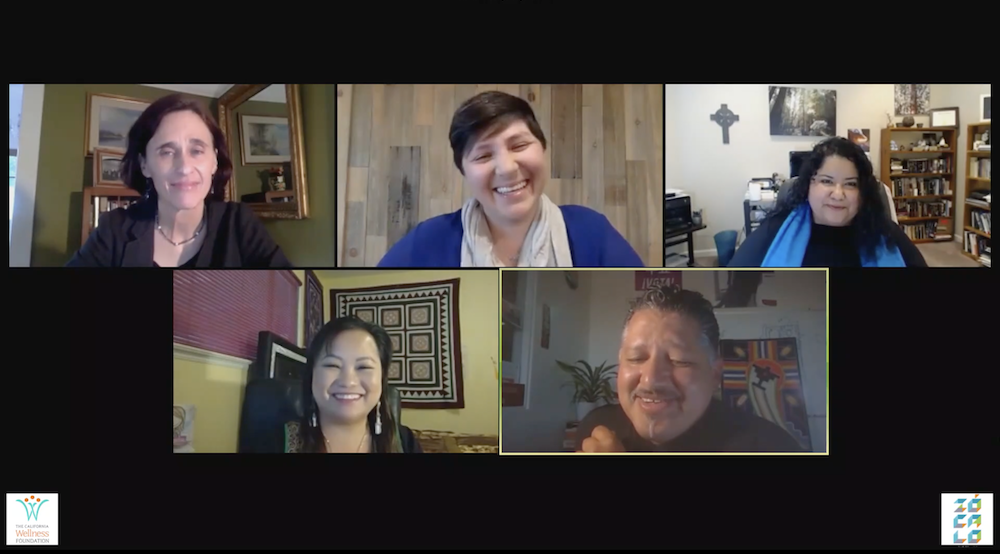 In California, the COVID-19 shutdown coincided with the lettuce season in the small Fresno County town of Huron. Its mayor, Rey León, has since been struggling to convey shifting safety guidelines to the people of his small town. He’s had to get creative, cruising around town with a bullhorn, and putting bilingual fliers on windshields, as if he were promoting a party. Except these fliers say things like: “Wash your hands for 20 seconds.”

“I try to make it culturally relevant,” León said while answering a question from an audience member at a Zócalo/The California Wellness Foundation event, entitled “How Can We Make Farm Work Healthier?”

“I don’t talk about singing ‘Happy Birthday’ twice,” added León, in reference to the amount of time you should wash your hands for. “I talk about singing the first verse of ‘De Colores.’ When we communicate with our folks, we want to do it in a language they understand.”

León was not speaking metaphorically. For many Huron families, Spanish is their second language. The people in his town speak, in total, some 12 languages, eight of which are Mesoamerican native languages. “I wish there was a better way to engage with all these farmers and rancheros and contractors,” said León. “I see the campesinos, the farmworkers, walking without masks. I think it would be good if they have masks.”

A panel on making farm work healthier in America is relevant at any time. The panel that León joined had, in fact, previously been scheduled to take place on an April evening in Fresno before the pandemic broke out, forcing the discussion to move online instead.

COVID-19 makes the discussion even more urgent. All four panelists said the current crisis adds a new health threat for farmworkers, while deepening existing health risks that range from unstable housing to economic insecurity to a propensity for diabetes and respiratory diseases. At the same time, the attention that the pandemic is bringing to the food supply chain may provide an opportunity to better address farmworkers’ needs.

“It’s not a secret, a large percentage of our farmworker base are undocumented immigrants who, because of the way the law was structured, are now not going to get the $1,200 stimulus check that every other American is getting,” Masumoto said. “That’s an example of how we make laws that continue to marginalize farmworkers.”

“Farmworkers and small farmers are considered essential right now. But most people don’t really know what they do or even the risks they take to bring food to our tables,” said KVPR news director and event moderator Alice Daniel, as she started the discussion, which streamed live last night on Zócalo’s YouTube channel. “What’s at stake for everyone?”

Organic farmer and artist Nikiko Masumoto brought a historical perspective. As a fourth-generation farmer, she noted that the U.S. food system depends on immigrant laborers who lack political power and equal rights.

Take the federal stimulus package to help Americans whose lives have been disrupted by the COVID crisis, Masumoto said. “It’s not a secret, a large percentage of our farmworker base are undocumented immigrants who, because of the way the law was structured, are now not going to get the $1,200 stimulus check that every other American is getting,” she said. “That’s an example of how we make laws that continue to marginalize farmworkers.”

Masumoto recalled the ways that American xenophobia has long been tied up with land and agriculture, but she also expressed hope that the current moment might produce a better world for people who work in the fields. “We can’t live without food and thus, if we don’t address the people who produce our food, we can’t move forward,” she said.

Another panelist, medical sociologist Tania Pacheco-Werner, who is co-assistant director of the Central Valley Health Policy Institute, called attention to how government policies can keep farmworkers safe right now. In the focus groups Pacheco-Werner conducts, farmworkers “say over and over again, let’s follow the laws that are already in the books,” she said. Specifically, farmworkers complain of farmers and contractors violating existing safety laws, and that the state occupational safety and health agency is too “bare bones” to implement and enforce laws.

At the same time, Pacheco-Werner said, too many laws on economic relief, health, and labor exempt farmworkers from their protections. “Often, they are seen as their own category,” she said. “And when we look at them as a different category, what they really become is secondary citizens within our labor force. That further perpetuates the health disparities they’re already going to go through because of their income, because of their immigration status, because of their language capabilities.”

Going forward, farmworkers need to be integrated into labor, health, and other policies. “We really need to see how they are essential to our food chain,” she said. “Food is tied to security. They’re tied to our national security, and they should be seen in that manner.”

Another panelist, health researcher Chia Thao, shared her own story of growing up in a farming family. Now as a health expert whose work focuses on pesticide use and the well-being of small-scale farmers in the Central Valley, she says she’s seen first-hand how there are large data gaps when it comes to farmworkers and their needs.

“I found that there’s a lack of voice in the community because there’s no research looking into the community,” said Thao, who is currently a doctoral candidate in public health at the University of California, Merced. “So we don’t know their needs. We don’t know some of the challenges and struggles that they have.” When farmworkers’ needs are met, the change can be powerful; for instance, Pacheco-Werner pointed out how, under the Affordable Care Act, there are now more community clinics in less populated places, including down the street from where she lives in the Fresno County city of Sanger.

During the discussion and in a question-and-answer session with a robust online audience, panelists offered specific ideas for improving the health and lives of farmworkers.

León championed the concept of a 401F (“F for farmworker”) retirement plan that would supplement other income (including Social Security, and be part of a suite of supports that include health insurance, sick leave, and citizenship for those who want it). If farmworkers could comfortably retire, instead of working into their 70s, they’d have time to serve as community resources to local farmers’ markets or community gardens, the mayor suggested. “We need our elders to come back home,” he said.

Pacheco-Werner also emphasized the importance of building more supportive structures for farmworkers, especially for those who are undocumented. Making them eligible for public relief and for protections from evictions or foreclosure would not only allow farmworkers to shelter in place in the current crisis, but would also help stabilize the neighborhoods where they live when this is over. “We have to think about farmworkers as part of communities,” she said.

Masumoto echoed that point. “When we ask questions about the well-being of farmworkers,” she said, “We see a mirror of ourselves as a collective and our failings to address all of these intersecting issues—health and well-being, transportation, access via language, the ability to have some of the most fundamental parts of life: shelter, security, that your voice matters.” 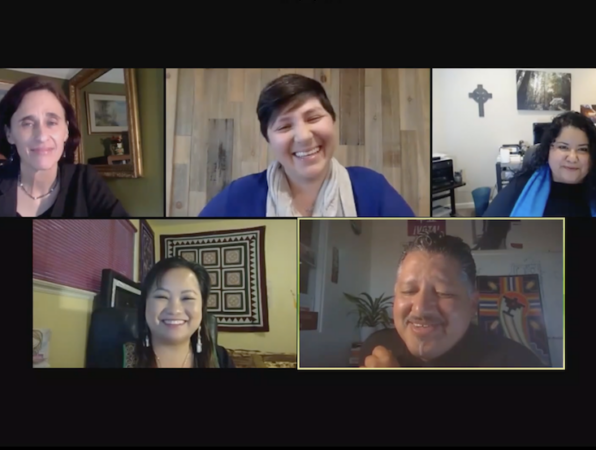 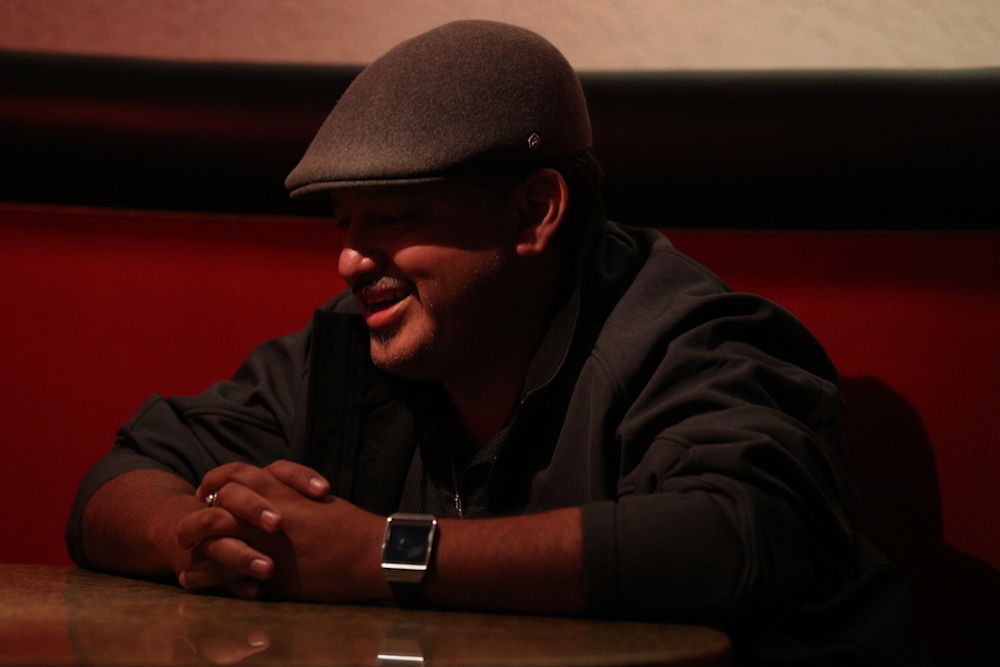 Chia Thao, health researcher and doctoral candidate in public health at the University of California, Merced. 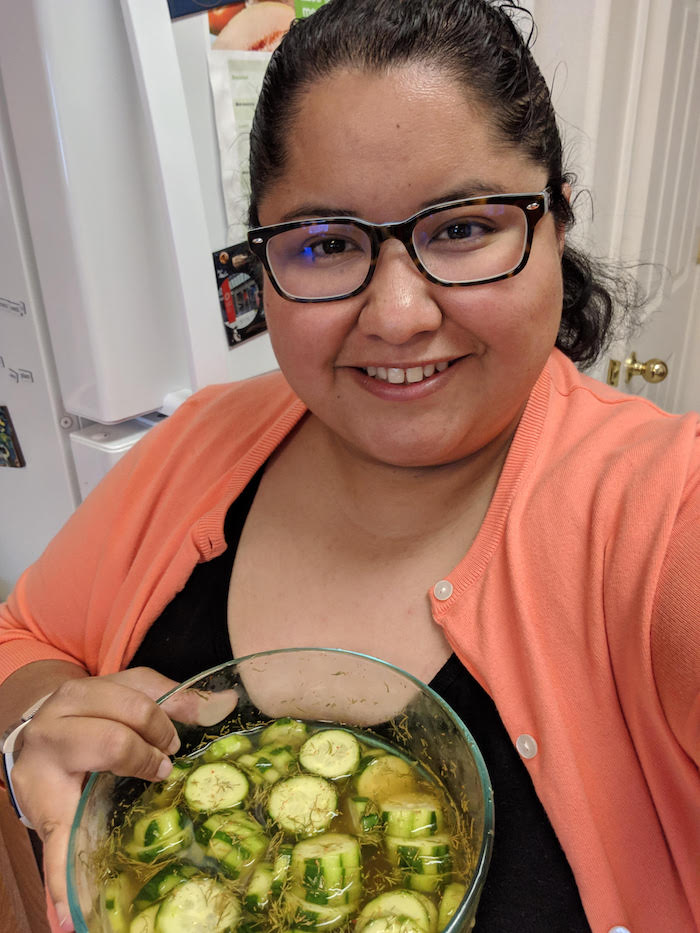