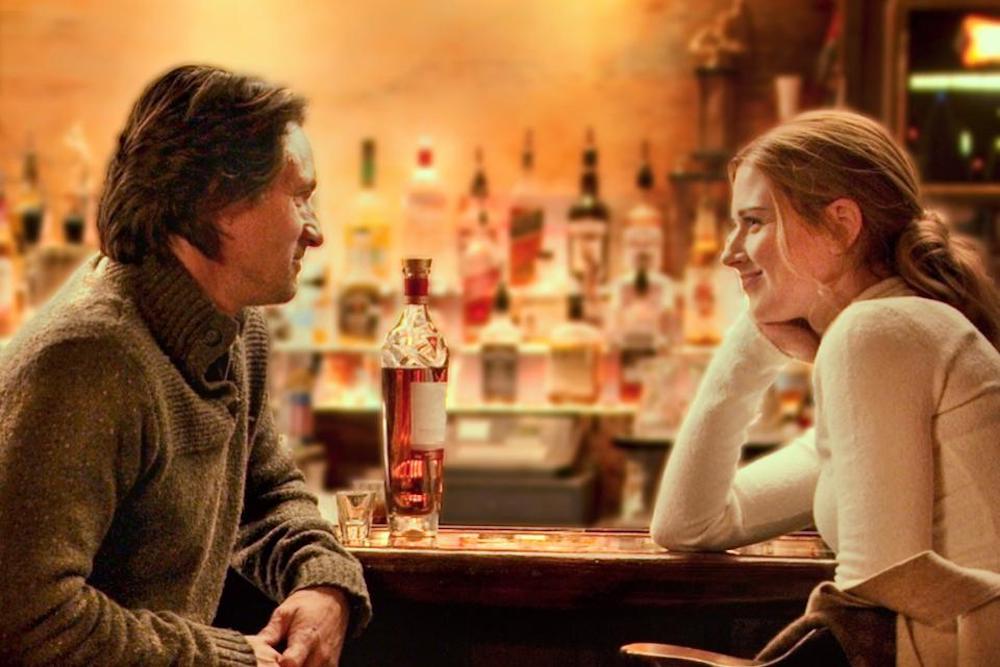 Melinda “Mel” Monroe, a 32-year-old nurse practitioner and midwife, is working at a major L.A. County hospital when her husband suddenly dies. Grief-stricken and seeking to get away, she takes a job as the only nurse and midwife in Virgin River, an unincorporated village of 600 in the mountain forests of far northern California.

But will she stay? It’s no idyll. The housing she was promised is in disrepair, and the old town doctor feels threatened by her presence. And while sparks fly with the hunky Marine veteran who owns the only local bar, Mel finds that she can’t escape the loneliness, drugs, violence, economic struggle, and health care problems of L.A. All those same problems are present in rural California, too.

Don’t bother looking for Virgin River on any map. The town is the literary invention of the romance novelist Robyn Carr, who has made it the fictional setting for 20 novels that have sold more than 13 million copies since 2007. A 21st book arrives this fall.

I’m not the intended customer of the romance genre, but early in the COVID-19 lockdown, I started watching the recent Netflix adaptation of Virgin River. Despite the predictable plots and plodding dialogue, I couldn’t stop watching—Virgin River offers an intriguingly unconventional portrayal of a part of California that few Californians have seen with their own eyes. I find myself thinking even more about the show now, as the uprising against police violence spreads quickly from cities to rural settlements the size of Virgin River.

While the geography of Carr’s novels and the Netflix series are vague, Virgin River appears to be in a remote county which has no incorporated municipalities and sits among the rivers, trees, and mountains between coastal Eureka and inland Redding. The place best fitting that description is Trinity County, population just 13,000, and one of only four California counties that are considered fully rural. (Definitions of “rural” vary, but the U.S. Census defines rural as anything not urban, and defines urban as any cluster of at least 2,500 people.)

In California, America’s most urbanized state, this is a fraught but important time to think about places like Trinity County and Virgin River. All too often, Golden State urbanites ignore or demonize remote communities when we should embrace them as partners in addressing our state’s most serious problems.

Today’s conventional wisdom is that the Golden State, and the whole country, really, are badly divided between two different universes: the rural and the urban. Political narratives dwell on the alleged chasm between our bluer giant urban regions and our redder lightly populated places. Those narratives both polarize us (by exaggerating conflict and emboldening white racists to claim rural victimhood) and weaken democracy (by spreading the toxic idea that the country can’t be governed because it is just too divided).

Under COVID, our media has been obsessed with the differences between how more urban and more rural counties responded to the pandemic. Gov. Gavin Newsom, under pressure from the political right for not recognizing the purportedly different realities in rural counties, abandoned his statewide shelter-in-place in favor of a localized, county-by-county approach.

In California, America’s most urbanized state, this is a fraught but important time to think about places like Trinity County and Virgin River. All too often, Golden State urbanites ignore or demonize remote communities, when we should embrace them as partners in addressing our state’s most serious problems.

Political and media stories of rural-urban divide may keep audiences engaged and riled up. But these narratives so badly exaggerate the differences between small and large California that they constitute a dangerous form of misrepresentation. To the contrary, data and experience teach us that rural and urban California are remarkably similar, particularly in the challenges they face.

And on this highly relevant point, the romance novels about Virgin River—for all their clichés—understand California far better than most Californians do.

The Virgin River novels, like the television series, are all about the union of urban and rural. In most of Carr’s books, a struggling person—usually a middle-class professional from a bigger California city—ends up in Virgin River, looking for escape or healing. Most but not all are women. Among them are a Sacramento prosecutor, who was nearly killed by a criminal; a twice-divorced LAPD officer who was shot in the line of duty; a San Francisco sous-chef whose career has collapsed; a Silicon Valley public relations warrior who got burned out; Native American rancher from the urbanizing Inland Empire.

In Virgin River, their experiences are invariably mixed. On the plus side, these Virgin River arrivals always seem to find attractive local residents with military experience—Carr started writing romance novels four decades ago as an Air Force wife—and talents for heterosexual lovemaking. On the other hand, the new arrivals all must adjust to their disappointment that Virgin River, for all its natural beauty, can be just as difficult as the urban environments they left behind.

The plots emphasize domestic violence, post-traumatic stress, environmental damage, housing access, America’s healthcare failings, and the challenges of addiction, business practices, and criminality surrounding the area’s growing marijuana industry. Virgin River is mostly white, but there is growing racial and ethnic diversity, just like in the real rural California. Considered together, Carr’s books and the Netflix series make a convincing argument that in the 21st century, we are all so connected that you can never escape yourself.

“There’s a need for positive drama,” Carr, a former California resident who now lives in Las Vegas, told Entertainment Weekly. “Not just goody-two-shoes, everything-is-beautiful kind of story, but a kind of story where people have real problems and real issues and they have to resolve them.”

Carr, who has set other novels in the Sierra foothills, the East Bay and Half Moon Bay, has said that Virgin River could be a community anywhere. And in this, her novels match the data.

Our constant talk of urban-rural divides has obscured the real story: the way once-remote places have become more urban. As more people are priced out of our mega-regions, they move to previously rural places, where growing populations support more urban-style development.

There is a convergence here, for good and bad. California jobs, both rural and urban, are heavily skewed to healthcare, retail, tourism, and government. Wherever I am in California, rural or urban, I hear civic leaders worry about the same stuff: decaying infrastructure, housing affordability, healthcare costs, and a lack of skilled workers.

Cities, once seen as dens of crime and disease, have become safer and healthier, while urbanizing remote places have fallen in rankings of public health and safety. And police misconduct, now dominating the news in cities, also plagues California’s small towns, many of which have seen George Floyd-inspired protests. Even Trinity County saw protests.

The mixing of urban and rural is actually quite Californian. Most of the people in counties that are considered remote, from Inyo to Humboldt, live in urban clusters. And 32 percent of California’s rural population lives in counties that are at least 91 percent urban. San Bernardino County—our largest county by area, extending from the L.A. suburbs to the Nevada and Arizona borders—is becoming more urban (as its suburbs grow denser) and more rural (as its far-flung areas lose people) at the same time.

While our winner-take-all politics exaggerates divisions, a closer look at Trinity County, which appears ruby red on political maps, shows that 49 percent of the county didn’t vote for Trump. Meanwhile, polling shows that dark blue Los Angeles County has a few million residents who support the president.

Virgin River, especially in the Netflix version (which, alas, was shot mostly in British Columbia), testifies to the lack of borders between rural and urban. Its storylines wrangle with the myths around both places. The “old country doctor” with whom L.A. nurse practitioner Mel Monroe tangles turns out to be a onetime medical hotshot from Seattle. Mel’s love interest, that outdoorsy barkeep, grew up in Sacramento and spent his military career in the Middle East.

“Small towns can be nice,” the hunk, Jack Sheridan, tells Mel while he makes coffee after she complains about the lack of Starbucks. “And they can have their own brand of drama. And danger.”

Virgin River is not so far away from the rest of California after all.