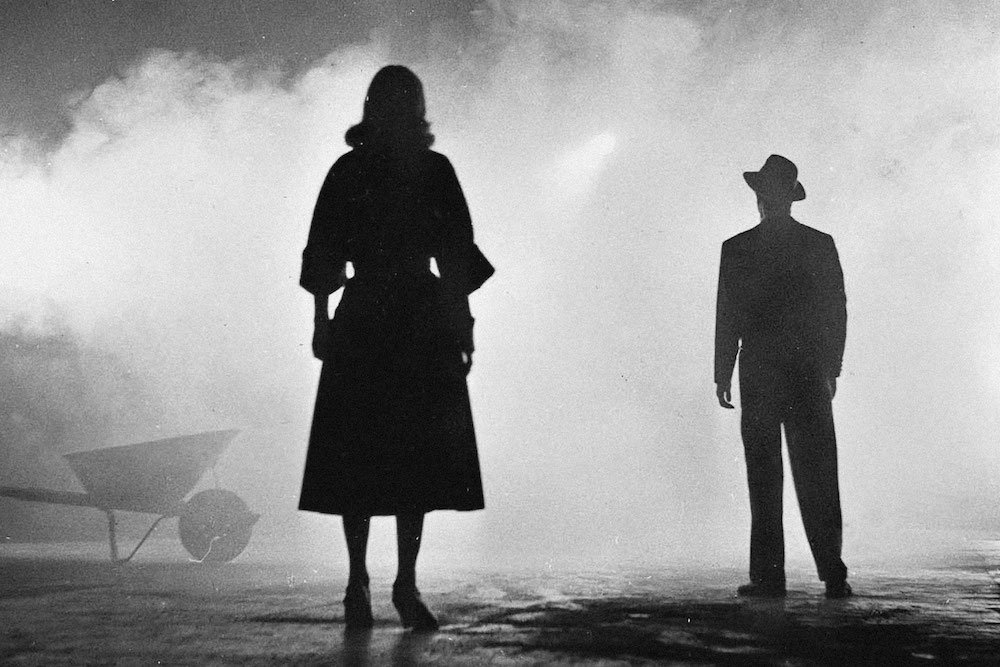 The classically American genre of hard-boiled crime fiction has long championed the maverick detective, but recent bestsellers are showing how we can beat corrupt systems together. Screenshot from The Big Combo (1955) courtesy of Wikimedia Commons.

In early July, the Guardian reported that sales of crime fiction have boomed during the pandemic, with readers “pouncing on stories of murder and revenge.” Crime fiction has dominated United States bestseller lists for years, and this summer is no exception.

Why? Crime fiction has long flourished in periods of social and political friction, when we hunger for both justice and escape. But it feels especially intriguing now. Today, the genre once dominated by white male detectives features more main characters from all genders, ethnicities, races, classes, and abilities. Its stories pursue—and even deepen—skepticism of America’s traditional congratulatory self-image. Crime novels, with their corrupt politicians and police officers, often sow mistrust of the nation’s habitual heroes. And while the genre has long championed maverick individualism as a model for success, it increasingly centers on community—a focus that seems newly relevant in the midst of national failure.

The classically American genre known as hard-boiled crime fiction was born during the 1920s, a time of rampant political corruption, white nationalism, and massive income inequality. The United States had recently emerged—victorious but traumatized—from World War I and the flu epidemic that took 670,000 American lives. The hero of so many of these stories, a maverick who set his own rules, followed his own ethics, and outsmarted the police, attracted readers by the thousands.

From Race Williams to the Continental Op to Sam Spade, hard-boiled private detectives also lined up with a common political current of the time, namely the dedication to “rugged individualism,” a phrase coined by Herbert Hoover in 1928 to describe a profoundly American mode of living. Hard-boiled detectives practiced self-sufficiency in every arena—mental, emotional, ethical, and existential. They didn’t emulate others, or yearn for the past, or try to be different.

Over the past century, maverick fictional private detectives have responded—directly or indirectly—to what was going on in politics. In many cases, they furnished the words and actions that Americans wanted from their elected officials, or would have liked to embody. During the Depression, Dashiell Hammett’s overworked but steady Continental Op was a model of resilience and humility. During World War II, Philip Marlowe, master of social critique and the clever one-liner, showed that European cultural eminence needed lowbrow American toughness in order to survive. During the Cold War, Mickey Spillane’s Mike Hammer, quick with a gun and fearless with revenge, embodied tough-talking anti-communism. In essence, the hard-boiled had become a wishful American self-portrait.

The one exception to hard-boiled detective dominance came during the Civil Rights era, which failed to produce a signature hero. The genre’s individualistic nature no longer seemed to meet the moment. The social justice movements of the ’60s evolved through the power of collective civil disobedience, with even the most iconic leaders connected to, rather than separated from, the masses. Individuals as such weren’t leading the way in forging new paths or departing from majority-established norms. Instead, multitudes were doing this, they were doing it together, and they were doing it for others.

More importantly, though, the genre’s racial politics were exposed as wrongheaded. As Shirley Chisholm put it, “‘Liberty and justice for all’ were beautiful words, but the ugly fact was that liberty and justice were only for white males.” Hard-boiled crime fiction had long made it seem that individualism was a choice—a decision not to conform—and that that choice in and of itself granted toughness and social power. “I don’t belong to any order,” says Carroll John Daly’s Race Williams in his debut appearance in the 1923 short story, “Knights of the Open Palm.” “It would be mighty bad in my line.” But of course, only white men—members of a social group at once powerful and invisible—had the luxury of full self-determination. It’s no accident that the “order” Williams casually decided not to join was the Ku Klux Klan.

For men like Race Williams, living as full individuals under the law and in the eyes of society was a given. For the women and African Americans marching during the 1960s, it was the goal. To pretend that individualism was simply there for the taking, as hard-boiled fiction often did, was an untenable and even perverse proposition.

The classically American genre known as hard-boiled crime fiction was born during the 1920s, a time of rampant political corruption, white nationalism, and massive income inequality. The United States had recently emerged—victorious but traumatized—from World War I and the flu epidemic that took 670,000 American lives. The hero of so many of these stories, a maverick who set his own rules, followed his own ethics, and outsmarted the police, attracted readers by the thousands.

The Civil Rights era was the end of the road, or at least the end of an unobstructed road, for a certain sort of fictional detective. The idea of an irreverent but exemplary white guy outsmarting the establishment could be reasonably appealing (to white audiences) when the establishment was simply moribund or incompetent or outdated. The hard-boiled detective couldn’t deny that he had coasted on that establishment’s racism and sexism. It was true, too, that he had worked, sometimes actively and sometimes with studied indolence, to keep individualism a white man’s prerogative. But grappling with all this would dismantle the easy confidence and entitlement that was also his main attraction.

In the 1970s, white male characters in crime fiction dealt with a changing social landscape in several ways. Some went for complete anachronism or denial—such as Mickey Spillane, whose Dogeron Kelly novel The Erection Set featured actress Sherri Malinou, the author’s second wife, posing naked on the cover. Some, like Robert Parker’s Spenser, surrounded themselves with women and people of color, but often used these characters as inscrutable accessories (“Hawk was as impassive and hard as an obsidian carving”), while nonetheless guarding center stage for themselves.

Only with the arrival of the ’80s did readers begin to see numerous fictional detectives from underrepresented communities. What the nation lacked in political representation, it made up for in fictional private detectives. There were female detectives (Kinsey Millhone, V I Warshawksi, Sharon McCone, Tess Monaghan), detectives of color (Easy Rawlins, Blanche White, Ivan Monk, Elouise Norton, Pete Fernandez, Charlotte Justice, Jack Yu), and queer detectives (Roxane Weary, Bobbi Logan). It was good to see characters surmounting racism and sexism, but in the real world, these forces remained exhaustingly consistent.

Crime fiction has never really shown us ways for populations to beat systems of crushing discrimination. The present historical reckoning, fueled by pandemic and protest, thus offers a chance for the genre to do more. Can the next generation of detectives overcome the intrinsic limits of their own individualism and show the rest of us how to surmount the white male supremacist system?

Undergirding the entire genre is an understanding that those who guard money and power, hurting others in the process, are suspect. This is a basic premise that has driven crime fiction from Edgar Allen Poe to Scooby Do to Jessica Jones—and, fortuitously, it’s the same premise driving social justice movements today.

Some of the most popular detective novels of the last two years (Kristen Lepionka’s Once You Go This Far and Stephen Mack Jones’s Lives Laid Away, to name only two examples) turn a sharp eye on systemic and institutional injustices. They build on the many fictional detectives, especially those created by women and writers of color, who have been speaking truth to power and focusing on collaboration for decades.

Individualism in crime fiction—as in business and politics—has often meant standing in the foreground, solving the problem, and taking the credit. It is harder and much less intuitive to put out unsung effort for the good of others. It runs against instinct and in some sense against national personality. What is more, it runs against the rules of narrative; most stories need a hero.

But the idea of justice resting on the shoulders of one man is an anachronism, and a destructively egocentric one. The civil rights protests of 2020 have illuminated (again) the power of collective action. They have also demonstrated that treating individualism as a limited commodity—as the hard-boiled did for decades—is a dead end. Individualism is an abundant force. Rather than isolating one person or group at the top of the pile, it can galvanize each of us to claim our power and stand up for ourselves and others. Fiction, and real life, show how we beat corrupt systems together.