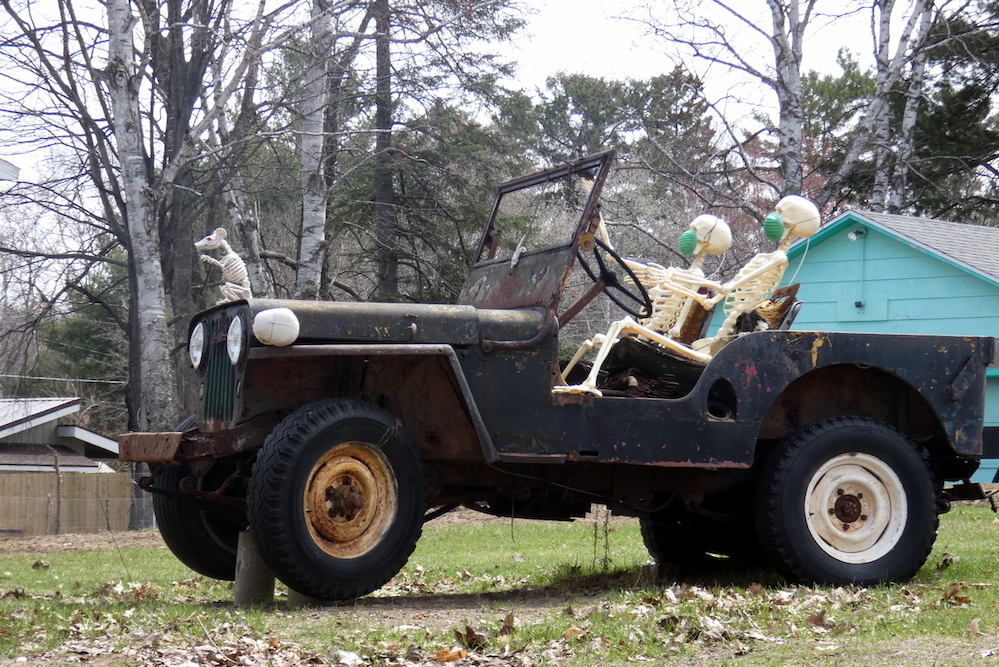 Even remote Marquette, Michigan, isn’t immune from the virus. Courtesy of yooperann/flickr.

Last winter, I felt pressure and spasms beneath my breastbone and went in for a cardiac stress test. Two days later, I left the hospital with a stent in the circumflex coronary artery and a plastic pill organizer packed with statins, blood thinners, and beta blockers. I had been a hale 63-year-old who hiked miles each day, lifted weights and ate and drank sensibly—most of the time, anyway. Now I’m a high-risk senior with a pre-existing condition, a baby boomer presenting a bullseye to COVID-19.

At my age, some physiological organ system was bound to go awry. I could have had a heart attack. I didn’t. Now I’m almost grateful for heart disease because it inoculates me from teaching in a classroom this fall. Letters from my physicians to Northern Michigan University, where I teach journalism, allowed me to obtain a medical deferral, to opt out of face-to-face instruction and deliver my lessons virtually.

I’m close to retirement, and this pandemic is far from over. I suspect I will never return to a classroom. This year, I certainly won’t be dropping into the newsroom of the school newspaper on production night, gathering students in a circle to workshop essays. And I won’t be standing in my cap and gown extending handshakes to seniors coming down the commencement aisle.

I came into the academy for the final third of my career after having been a magazine editor at a publishing company in Pennsylvania. Teaching has been a splendid profession—tenure track, a ninth-month schedule, funding for travel and professional development, time to research and write, young people to mentor, and summers to spend with my three sons.

I arrived in the Upper Peninsula of Michigan, a remote, sparsely populated and largely forgotten part of America, in 2001. Residents here scrutinize maps of the United States on television, in newspapers, and on products to find if the U.P. is missing or perhaps drawn in as part of Wisconsin or Canada. Often it is. When the 9/11 attacks occurred, my then 8-year-old son came home from his new grade school and asked if terrorists would come to the U.P. I shook my head, “Not a chance. Don’t worry.”

Not so with disease. In March, the virus, carried by a worker, infected a nursing home a few blocks from my house and killed several residents. A well-known township official who got infected did a phone interview on the local TV, advised listeners to obey the quarantine, and then died two days later.

The regional medical center is here in Marquette—about a half mile from me—where the most severe cases come for intensive care. In this small college town, most people mask up. But when I venture into the hinterlands and the national forests and stop into little grocery stores for supplies and fishing bait, my mask and I get stares. What are you afraid of? Gradually attitudes are changing, but it’s taken far too long.

This summer, the virus put the kibosh on all the beer, music, food, blues, lumberjack, art, fishing and folk music festivals, as well as the Upper Peninsula State Fair. Yet tourists from “down below”—what we call the rest of Michigan and the Midwest—flood across the Mackinac Bridge, hauling campers and boats, disgorging kids and dogs, renting cottages, and jamming the campgrounds. Going up north is what Michiganders do in summer, and after the lockdowns and the COVID carnage downstate, the U.P., with fewer than 1,000 lab-tested cases and just 18 deaths as of late August, probably seems safe and disease free.

Thousands of miles of shoreline rim this peninsula—lots of beach for physical distancing—but several times this summer young people collected on public bathing areas and grooved like there was no tomorrow and no coronavirus. It was akin to the super-spreader scenes we’ve all gawked at on television, and a portent of the conduct occurring as undergrads return to the university, swelling the population of Marquette by one-third. Students fuel the economy and provide labor in restaurants, coffee shops and bars, but do we really want them back? And do their parents want to pack them into those petri-dish dorms?

I’m close to retirement, and this pandemic is far from over. I suspect I will never return to a classroom. This year, I certainly won’t be dropping into the newsroom of the school newspaper on production night, gathering students in a circle to workshop essays. And I won’t be standing in my cap and gown extending handshakes to seniors coming down the commencement aisle.

I’m a parent, too. My youngest son, about to turn 21, has asthma, and is moving into a house with three other students at Michigan Tech. Another son, living at home, works a summer parks-and-rec job for the city and encounters maskless knuckleheads drinking and picnicking in park pavilions. My oldest son, in Colorado, operates video production for the Professional Bull Riders. Flying on airplanes and working in partially filled arenas in Vegas, Sioux Falls, and Tulsa, he plays lab rat for the “let’s bring back sports” experiment. Cowboy up, they tell him.

I am not sanguine about any of it.

In all of the back-to-school rhetoric, it has been gratifying to hear students pine for the classroom and personal interaction with professors. When I first came to campus 20 years ago, students routinely knocked at my office unsolicited to chat about writing and get extra help. As technology advanced, later generations preferred to text, e-mail, or call rather than talk in person. That way, they didn’t have to lift their faces from their phones.

Personal conferences now typically require coercion or messages like “you better come see me because you are flunking this class.” As professors, we are just as complicit. We have “retention software” that sends “Red Flag” warnings with canned responses to alert students of poor academic performance. Oddly enough, it seems to work.

For years, universities peddled online education with superlatives about the efficacy of instruction, improving outcomes, and providing content to far-flung students. Universities drove down operation costs by running virtual classes, and yet still tacked on new, online fees.

Once upon a summer session, Northern Michigan University held in-person classes. It was a lovely time to teach. No icy sidewalks and mountains of plowed snow. Lake breezes wafted through open windows. We wore our summer clothes and led our classes outside, where students sat cross legged beneath shade trees, and chattered about books. We studied nature writing and trekked into the national forests on field trips. The school’s motto was “Northern Naturally.” Over the last ten years, the majority of summer classes have moved online. Campus is nearly undergrad free. Teach English in summer and you’re tethered to a computer checking e-mails and monitoring discussion forums.

Virtual instruction has its place, especially in a pandemic, and some students clearly flourish in such an environment. I volunteered early on to learn the tools and the lingo of remote learning—synchronous and asynchronous, the Moodle platform, audio conferencing—and then after a few classes decided it wasn’t my cup of pedagogy. The experience served me well, however, when the shutdowns came in March. I delivered what I felt was an effective remote learning course while some professors struggled to post to the gradebook and learn Zoom.

My home office now resembles a recording studio, with cameras and microphones to produce instructional videos and narrate PowerPoint presentations for my classes. My colleagues in the English department were supposed to begin face-to-face teaching last week, but now have to wait; a laboratory in Chicago could not process all the COVID test results from thousands of incoming students and faculty in time. My own test took six days to come back—useless for contact tracing. As I write this, already some 40 students have tested positive and are holed up in quarantine. I read daily missives from the university about its reopening plans. No doubt, administrators are sincere with their task forces, safety protocols, quarantine dorms, Plexiglas panels, and school-branded masks. They canceled all fall sports. Yet there are no guarantees.

The county health departments are underfunded and understaffed for testing and contact tracing. The governor of Michigan issues public health orders only to be sued by the legislature. Wacky militias with heavy weaponry threaten to again invade the capitol building in Lansing. The federal Center for Disease Control weakens recommendations for school openings. Arrogance, incompetency, and sheer lunacy reign at the national level. There’s no plan. We are on our own.

I won’t go back to the classroom—not until there’s a vaccine, an antiviral treatment, a coordinated national policy, and some end to the selfish behavior I see in the streets. Until then, I just don’t have the heart for it.