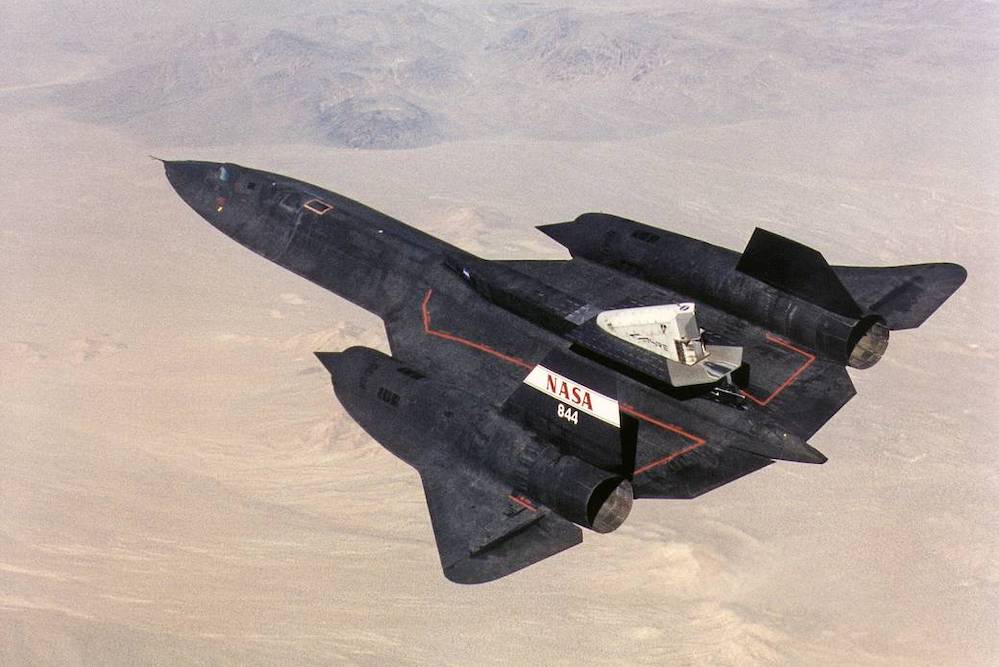 Palmdale’s starry-eyed dreams are costing its residents. In this picture, the SR-71 Blackbird flies over the Antelope Valley on October 31, 1997. Courtesy of NASA Photo/Lori Losey.

Hello, Palmdale. It’s planet Earth calling. Are you ever coming back here?

You, a sprawling and struggling working-class exurb of 160,000, may be located in the Antelope Valley, at the north end of Los Angeles County. But your civic head lives in outer space, where you endlessly formulate far-fetched schemes to make yourself a portal to the future.

I don’t know whether it’s your hot desert air, your elevation (2,657 feet above sea level), or all the psychedelically orange poppies that bloom in springtime. But you are always madly charging toward some grandiose goal—to host a new-age “intercontinental airport,” to become the central hub of a new Western high-speed rail system, or to lead a new era of space warfare—and never quite reaching it.

Though Peanuts creator Charles E. Schulz put his museum way up in Sonoma County, Palmdale is the real Charlie Brown of California cities, kicking at the dust but never connecting with the football.

Your latest face-plant speaks volume about the combination of space-age nostalgia and futuristic myopia that afflict you.

You just spent 18 months telling the world that you should be the new, permanent headquarters of the U.S. Space Command—which handles the space operations of all military branches, including the newly formed Space Force. You pursued Space Command even though the creation of Space Force, and the momentum for a new Space Command headquarters, came from President Trump, who hates California. Civic and business leaders across the Antelope Valley promoted this bid even though Palmdale did not appear on an initial 2019 list of the military’s top prospects.

This did not deter you, because you mistakenly believe that, because you were a pioneer in space generations ago, you have something special to offer now. Publicly, your people talked about the Antelope Valley’s 1950s development of an aerospace industry, about how the SR-71 Blackbird first flew in Palmdale in 1964, about the “Right Stuff” era that saw test pilots at nearby Edwards Air Force Base become astronauts, and about how the space shuttles Columbia and Challenger were built there 40 years ago.

The high desert does retain enough defense and space institutions to brand the Antelope Valley (the name comes from pronghorn who grazed there in the 19th century) “Aerospace Valley.” These include Plant 42, a classified Air Force aircraft manufacturing facility where NASA, Lockheed Martin’s Skunk Works, and Boeing all have a presence. Thirty miles away is the Mojave Air & Space Port, which has been used by SpaceX and others in pursuit of private commercial space flight.

But despite all of that, you failed to earn a spot among the six finalists in the Space Command beauty pageant.

Rather than seeking command over space, Palmdale and the Antelope Valley would be wise to invest in its people instead.

This should not have surprised or disappointed you. But you don’t seem to recognize that California long ago lost its dominance of aerospace, as the Department of Defense, playing politics, spread its defense contracts to every corner of the country. Today, if the aerospace industry can be said to have a headquarters, it’s in Northern Virginia, where companies flock for proximity to their biggest customer, the federal government.

If a California site were somehow to be chosen for Space Command, Vandenberg Air Force Base, in Santa Barbara County, would make far more sense, since it’s a proven center for space launches. Vandenberg even made the 2019 list of top prospects, but no California facility is on the new list of finalists. By most accounts, Peterson Air Force Base in Colorado Springs, already the Space Command’s interim headquarters, is a lock to keep it.

But none of that has stopped Palmdale, which may keep campaigning until a final decision is made in 2026. The idea of Space Command is simply irresistible. It gives city and business officials a chance to play booster, and it gives powerful real estate interests the chance to juice speculation in Antelope Valley land and homes from Rosamond to Ridgecrest.

Never mind that the relentless self-promotion is reminiscent of the deranged general played by Steve Carell in the recent Netflix spoof Space Force, who goads doubters of the new branch’s viability by asking, “Are you going to sit there like an idiot doing nothing, or are you going to shoot for the stars?”

Palmdale might do better to look down from the starry desert sky and figure out ways to improve its own position. It offers residents all the cost and regulatory headaches of being in California, with few of the benefits; its median household income is $10,000 under the state average, its poverty rate is 50 percent more than the statewide figure, and just 15 percent of its adults have bachelor’s degrees. 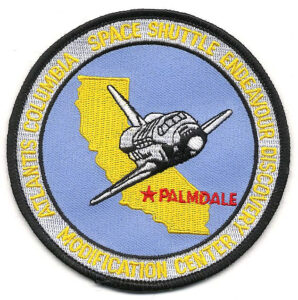 But the Antelope Valley’s leading politicians, rather than serve the poor, have often embraced Trumpian politics. And Palmdale’s civic leaders have often been distracted by a bitter feud—fueled by economic development competition over retailers and car dealerships—with neighboring Lancaster and its mayor, the high-profile lawyer Rex Parris. Palmdale’s aerospace obsession also produced a scandal: Longtime mayor Jim Ledford faces charges related to his acceptance of secret consultancy payments from the AERO Institute, a small nonprofit that contracted with the city to prepare more people for aerospace work.

Space is hardly the only windmill at which Palmdale has tilted. For more than a half-century, the Antelope Valley allowed L.A. to string it along with the promise that it might build a great new international airport in the high desert. And Palmdale has been waiting for more than two decades for the California High-Speed Rail Authority to deliver on its promise to bring its trains to a multimodal station that would be a hub for Metrolink, Amtrak, Greyhound buses, enhanced local transportation, and maybe, a private high-speed rail system to Las Vegas. But high-speed rail now seems likely to go no further south than Bakersfield, if it ever opens at all.

This devotion to big projects is rooted in an illogic: that the desert is full of space to do something big. But the Antelope Valley now has nearly 500,000 residents—comparable to the city of Sacramento. And these people, not square acreage, are actually its greatest assets.

Rather than seeking command over space, Palmdale and the Antelope Valley would be wise to invest in its people instead. Why not experiment with universal basic income, like in Stockton, or put more into job training and integrating prisoners into the workforce, or boost your healthcare economy to produce better health and higher-wage jobs? The region also needs to improve the dangerous and outdated highways—14 and 138—that link it to the rest of Southern California.

And if the Antelope Valley is going to lobby for outside help, its focus should be on higher education. The region needs more than a small satellite of CSU Bakersfield; it would be an ideal place to establish a third Cal Poly campus, which could help produce the more educated and technically skilled workforce that the region is lacking.

One irony of the contest for Space Command is that the military, in assessing potential homes, was looking for far more than proximity to an air force base or aerospace companies. It prioritized areas where Palmdale does not rank high: the quality of local schools, an affordable cost of housing and living, and plentiful jobs for military spouses.

It’s a Shakespearean irony that ought to echo around the high desert: The fastest way to the future lies not in our stars, but in ourselves.