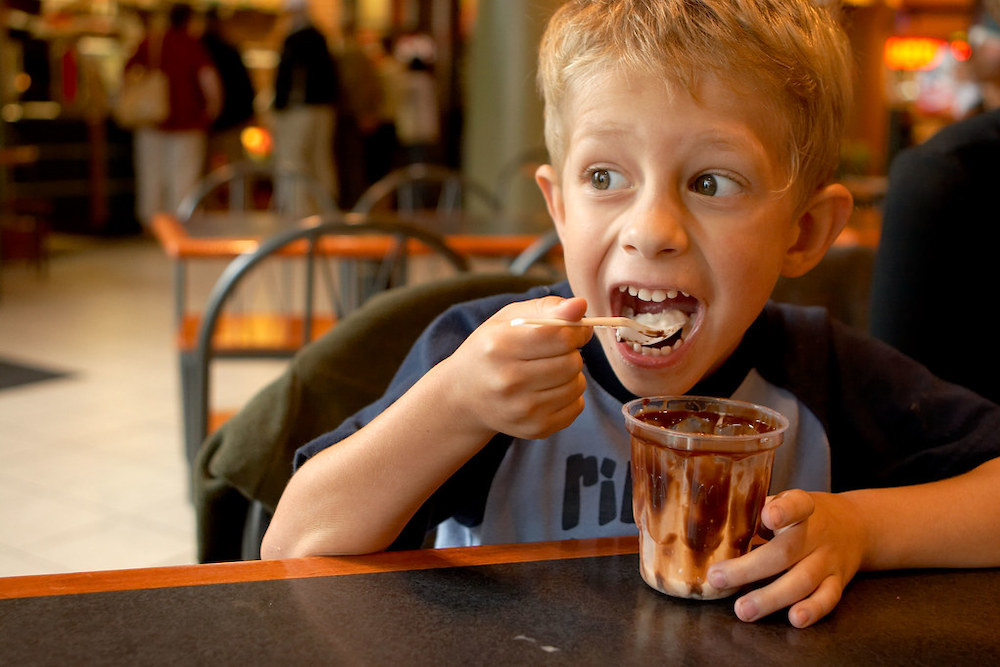 Our state’s grown-up Scrooges are giving kids not ice cream, but coal for Christmas. Photo courtesy of limaoscarjuliet (CC BY 2.0)

Santa, California children need more this Christmas than you can fit in the sleigh. But could you at least give every Californian under the age of 18 their very own barstool?

Why barstools? If our kids are going to get back to education and socialization anytime soon, their best shot lies in restaurants and bars—the places that adults care most about keeping open these days.

Yes, St. Nick, I realize that turning the bars—at least those with outdoor seating—into havens for those too young to drink legally is not a great idea. But it’s way better than anything California has offered its kids during this pandemic.

The policy of our state’s grown-up Scrooges is transparent: let’s make the kiddos more miserable than we are. That means giving short shrift to data about the low risks and low transmission rates of COVID for kids and missing few opportunities to damage children’s academic, social, and mental health.

To that end, Santa, we naughty adults closed the schools (and, at times, playgrounds), failed to develop the testing and safety regimes needed to reopen them, and imposed distance learning that produces educational regression and screen addiction. We’re advising children not to visit their friends, their coaches, their mentors, and even their beloved grandparents, aunts, and uncles. (Also, on the banned list: you, Santa!)

And parents who dare to defend their kids have been attacked as deniers of science, or racists who don’t understand COVID’s disparate impacts, or heartless haters willing to put teacher health at risk.

The message is unmistakable: adult wish lists are the ones that matter this COVID season. Furthermore, no Elf on the Shelf is watching as the elected representatives of these same adults (who won’t let children, even 17-year-olds, vote), flout the COVID rules of their own making.

This dismissal of child interests isn’t radical or new. It’s long been visible in government budgets that privilege old age, in public indifference to school shootings, and in our go-slow approach to climate change. And it isn’t going away. Barring an organized resistance by children, our only hope for better serving kids is to smuggle their interests into policies that protect adults first.

Which is why my three sons, and kids across the state, need those barstools for Christmas. Since this is a society that prizes small businesses over schools and other public infrastructure, let the kids dine out!

I recognize that may not be possible for the next few weeks, with restaurants and bars required to be closed for service. But with lawsuits and local governments challenging these closures, you can bet that these establishments’ outdoor spaces, at least, will reopen well before schools do.

If California really cared about its kids, we’d have plans to compensate for this useless year: free before- and after-school tutoring for kids, and a new schedule to keep public schools open for the next four summers.

Under a bars-into-kids-club policy, the food and drinks children order could be paid for by federal school lunch funds—a double subsidy for hungry youth and business owners. While schools have been unable to exploit their ample outdoor space and our warm weather to remain open safely, bars and restaurants have grabbed any sidewalk or parking spot they can—space that could be used for kids to study or for teachers to hold classes. Plus, BYOB—bring your own barstools—would make sanitation a cinch.

Yes, turning restaurants over to kids might make them crowded—but not nearly as cramped as the small dwellings which kids occupy in a housing-starved state. Restaurant wait staff might not be trained educators, but they’d at least represent some adult supervision for the many California children who are left alone at home, or are supervised by older siblings.

Plus, bars and restaurants often have better Wi-Fi than many of the communities where our kids can’t manage to connect to online lessons. It’s a logical extension of the kids you see sitting with school Chromebooks outside McDonald’s, Starbucks, and other fast-food chains that offer free, dependable Wi-Fi.

Now, Santa, adults love to argue that all of the COVID chaos will be over soon, and that kids’ lives will soon be back to normal. But that talking point is a monstrous lie, and you should dump an enormous lump of coal on anyone who uses it.

For one thing, companies have only just started to explore testing vaccines on children, so kids will be among the last to be vaccinated. For another, while the pandemic may end, the damage to children will remain, and adults have shown little interest in repairing it.

Santa, perhaps you could bring California real plans to make up missed instructional time, to give extra support to the majority of kids performing below grade level, to address declining social skills and soaring anxiety (including an escalating suicide rate), and to find all the student dropouts.

Because our state and schools don’t have such plans. Instead, they are using the pandemic to justify doing less for kids.

The most blatant example is the just-released Master Plan for Early Learning and Care, prepared by consultants at the state’s direction. It’s supposed to make real Gov. Gavin Newsom’s signature promise of a “cradle to career” system for child development, but it’s actually a betrayal of 25 years of promises for universal child care and preschool—and an example of why kids simply can’t be too cynical about adults.

The master plan offers no real plan. Instead, it proposes onerous new requirements and confounding consolidations of existing programs, a titanic shifting of deck chairs that could damage those pre-schools and day-cares that close for good during the pandemic. The plan even reverses previous commitments to provide universal pre-school (only some 3-year-olds would get it, and 4-year-olds would get it only after an endless phase-in). Worst of all, this master plan proposes no public funding source for expanding early childhood services, other than imposing complicated new fees on overburdened families.

If California cared about its kids, we’d be making child care universal, seriously enforcing mask mandates, and vaccinating teachers and child care providers first. And we’d have plans to compensate for this useless year: free before- and after-school tutoring for kids, and a new schedule to keep public schools open for the next four summers, from 2021 to 2024, until students have recovered all of 2020’s lost instructional time.

But in California, a place of progressive talk and regressive action, such ideas will be dismissed as too costly and unrealistic.

In that case, Santa, I have one request. Could your elves design a new version of our state seal? It would be just like the old one, except that it replaces “Eureka” with our real motto: “Screw the Kids.”