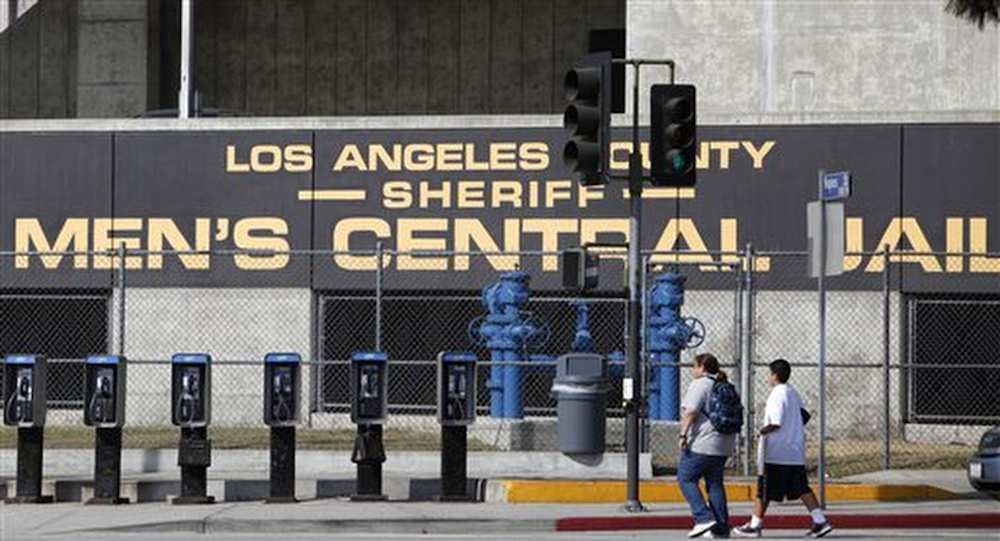 One of California’s most notorious jails could close in 2021. But if the state truly wants to leave its carceral history in the past and create a more open and democratic future, its building must be preserved—and transformed.

Los Angeles County has spent years considering what to do with its cramped and decrepit Men’s Central Jail. Over the past year, with the inmate population dropping due to the pandemic and criminal justice reform, the idea of replacing it with a new jail facility has given way to the pursuit of closing the facility completely in 2021, and perhaps tearing it down. County supervisors have discussed using the site for diversion programs that provide mental health treatment, housing, and other community supports to keep people out of our jails and prisons.

That’s a worthy idea, given our desperate need to stop wasting billions on caging people and to end the vicious cycle of arrests, homelessness, and recidivism. And the temptation to tear down this large and bleak building is understandable. It sits near the end of a dead-end street so bleak that it feels like an above-ground cave.

But progressive diversion facilities can be located on public land anywhere. To tear down Men’s Central Jail would be to risk forgetting what the place has meant, and to miss a historic opportunity to turn this torture chamber into a vital center for California’s future.

The Men’s Central Jail—the largest jail in the nation’s largest jail system and the site of repeated scandals and abuses since its 1963 opening—may be the best artifact we have of California’s extreme history of human caging. It’s also a symbol of how Los Angeles has been a pioneer in incarceration for more than a century.

In her book City of Inmates, the UCLA historian and MacArthur genius grant winner Kelly Lytle Hernández documents how L.A. became “the carceral capital of the world.” It’s a history of caging waves of people—including the Indigenous, Chinese migrants, white vagrants, Mexican migrants, and Black people. In some ways, L.A.’s jails built the city; Los Angeles had one of the largest jail systems in 1910, long before it became a metropolis, and its local governments sometimes locked up people so they could be used as laborers in infrastructure projects.

This shameful past deserves a museum to document its lasting impact, and an institute for deeper study. So why not turn part of the Men’s Central Jail complex into a Museum of Human Caging? Such an institution would be a natural, West Coast partner for Montgomery, Alabama’s Legacy Museum, which sits on land where enslaved Black people were warehoused, and documents the legacy of racial inequality from enslavement to mass incarceration.

And if we want this space to truly serve as a force for change, it should also be devoted in part to making our state more democratic. Turning part of the jail into a forward-looking center for democracy would spin the illogic of incarceration on its head.

We often think of dictatorship as the exact oppose of democracy, but that’s not exactly right. Dictatorships and the 21st-century republics that we know as democracies are both ruled by elites, elected or not. But real democracy, in its essence, is everyday people governing themselves. Democracy’s true opposite is detention, which removes everyday people from participation in governing their own lives and communities. You can’t govern yourself from jail.

In this light, California’s history of caging, and its failures of democracy and equality, are just two sides of the same coin. Which is why part of the Men’s Central Jail should be transformed into the California Center for Democracy.

This is not a new idea. Many places on this planet have recognized just how fitting it is to turn old prisons and jails into centers for advancing democracy.

I’ve seen two outstanding examples of such transformations. In Bern, the Swiss capital, the Käfigturm, a prison tower dating to the year 1256, is today an open forum for democracy and politics, supported by different levels of government, civic groups, the Roman-Catholic Central Conference and the Federation of Swiss Protestant Churches. (Dungeon doors, and inmates’ scribbles on them, have been preserved.)

And in Donostia-San Sebastian, in the Basque Country, the former military detention center for Francisco Franco has become a highly innovative city office for citizen participation, where people can get assistance in turning their ideas and perspectives into laws and official actions.

“Here people were tortured because of political action; now they are supported in exactly doing this,” the office’s head, Amaia Agirreolea Gomez, has said.

In the U.S., you will often find institutions that call themselves democracy centers, but they often are merely stalking horses for ideological programs of left and right. Other democracy centers are unfocused community spaces that rent themselves out for events.

A California Center for Democracy should be devoted to assisting people and groups who don’t have the funds or size to participate in our state’s money-soaked politics. It should be a place where you can walk in and get expert assistance in how to make your voice heard in a current dispute, or to turn an idea you have into law or regulation (it would be the perfect home to help grow the city of L.A.’s fledgling public participation office). This center also should have staff from various universities, and from the state’s legislative counsel, which could assist regular Californians in drafting state legislation or ballot initiatives.

Having such a center would immediately make California and Los Angeles the American leader in democracy support. The combination of a museum and democracy center would fit two state goals of L.A. Mayor Eric Garcetti: better memorializing L.A.’s past, and convincing more American cities to collaborate with each other to advance democracy.

The Men’s Central Jail location is full of potential. The site is just a block from Union Station, Southern California’s most important transit hub, which has a master plan to better connect itself to the surrounding neighborhood. That area includes Chinatown; the historic public space known as La Plaza; the renowned Homeboy Industries; a signature new state park that needs improvement; the Los Angeles River; and L.A. offices of the California Endowment, which supports California communities and makes its space available to citizens’ groups.

Smart redevelopment around the station—including removal of bail bonds businesses (if the state eventually manages to end cash bail) and the construction of pedestrian and bike connections over train tracks that now divide the neighborhood—could link existing institutions with the new California Democracy Center and Museum of Human Caging.

In the future, this awful jail could be transformed into the hopeful linchpin of a centrally located, riverside neighborhood that Californians could visit by bus or Amtrak, or, perhaps someday, on our voter-approved high-speed rail system. I think we should call it the Democracy District.