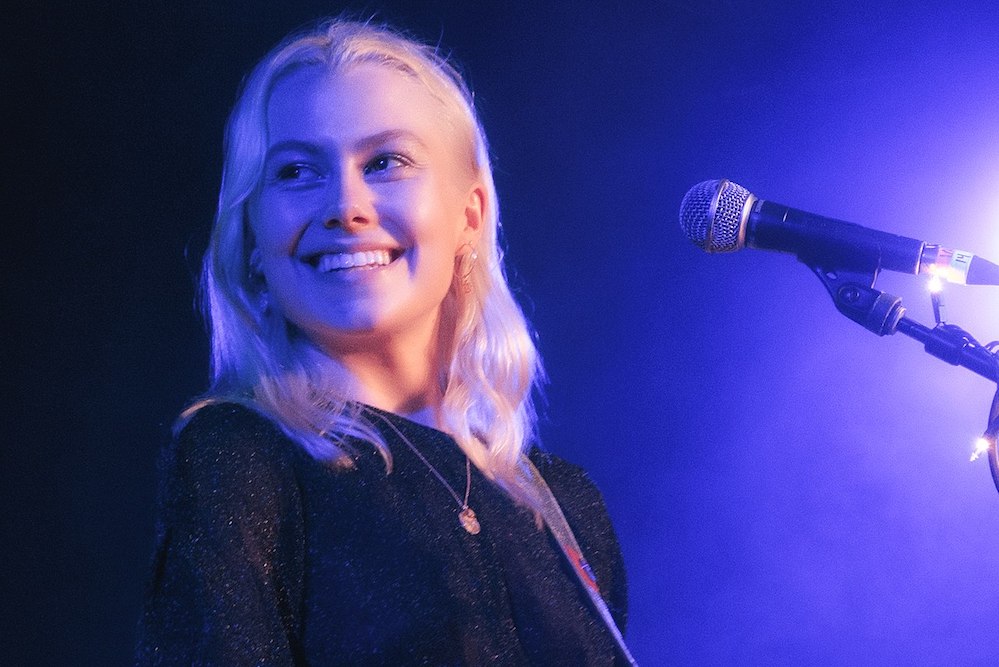 California’s next Joan Didion might be an improvement on the original.

For one thing, she can sing.

Phoebe Bridgers, a brilliant and versatile 26-year-old musician and songwriter, isn’t just contending for four Grammy awards this March. She is challenging the status of Joan Didion, now 86, as the most nationally respected and quotable of California interpreters.

Such a challenge is long overdue. It’s been 40 years since New York Times critic Michiko Kakutani declared that “California belongs to Joan Didion,” and the British novelist Martin Amis (backhandedly) praised her “almost embarrassingly sharp ear and unblinking eye for the California inanity.” Didion’s accounts of the Golden State, in both novels and essays, still influence American perceptions of our state, even though she moved to New York in 1988, and her work is mostly about a mid-century California that died with Jerry Brown’s first governorship. While Didion may have a new essay anthology out this year, Let Me Tell You What I Mean, the most current piece in the collection is from the year 2000.

That’s why the rise of the Didionesque Bridgers, who grew up in Pasadena and lives in Los Angeles, should be welcome.

Bridgers’s challenge comes clothed in homage, not criticism. Bridgers frequently praises Didion’s writing and even her writerly fashion style, and often quotes Didion in media interviews to explain her inspiration for songs about 21st-century California anxieties.

“Didion reminds me of when I’m really dark and the way I think about the world,” Bridgers told the music and culture magazine The Fader. “It’s so hopeless. She just shamelessly goes there.”

Bridgers’ declarations of her Didion love are also, of course, an act of self-promotion. Didion is the rare California figure who managed to be both a mainstream celebrity and a member of the intellectual elite. Bridgers, the sort of rock star who tweets insults even as she wears a Paris Review hat to her New Yorker interview, clearly wants that same mix of mainstream and elite credibility.

But the Bridgers-Didion connection is about more than marketing. Bridgers’s poetic, indelible lyrics manage to match the power and precision of Didion’s famous prose. Take Bridgers’ song, “I Know the End,” which is about driving up the California coast:

Over the coast, everyone’s convinced
It’s a government drone or an alien spaceship
Either way, we’re not alone.
I’ll find a new place to be from

Hearing that last line—a reference to Didion’s memoir of the Golden State she left behind, Where I Was From—made me wonder if California finally had a successor to the Didion throne. So I re-read Didion’s work again, while listening for the first time to Bridgers’ entire discography, which includes two critically acclaimed albums and enough collaborations with other artists to rival Kenny Rogers’ record.

It didn’t take me long to realize the similarities between Bridgers and Didion are uncanny.

Hearing that last line—a reference to Didion’s memoir of the Golden State she left behind, Where I Was From—made me wonder if California finally had a successor to the Didion throne.

Both bring a literary sensibility to pop forms—music and journalism. Bridgers, who has said she tends to “tweak lyrics a million times,” shares Didion’s painstaking method of sweating every single syllable in service of creating unforgettable lines—from “We tell ourselves stories in order to live” (Didion) to “I’ve been playing dead my whole life” (Bridgers).

These two California writers both believe in genre-bending, fusing forms and shifting structures. Didion memorably did this in her “new journalism,” in her elliptical novel, Play It as It Lays, and in the unconventional narrated novel, Democracy. Bridgers writes songs that start as ballads and end with heavy metal (or even destroying a guitar, as Saturday Night Live).

“I love tricking people with a vibe and then completely shifting,” Bridgers told Apple Music.

Both are deft at employing language to cut others. Didion used the New York Review of Books to take down Bob Woodward; Bridgers used her song “Motion Sickness” to take down Ryan Adams. Didion called writing “an aggressive, hostile act” and recounted learning, while at Vogue, how to turn words into “weapons to be deployed strategically on a page.” Bridgers has the same skill: “I’m gonna kill you/ If you don’t beat me to it,” she says in one song. In another, she sings of a friend’s mother, “It’s amazing to me/How much you can say/When you don’t know what you’re talking about.”

Both write with the intense curiosity of explorers who enjoy observing everyday things at a distance. Didion, in an essay about writing, remarked, “I write entirely to find out what I’m thinking, what I’m seeing”—from fear of driving the Carquinez Bridge (in The White Album) to the aftermath of her husband’s death (in The Year of Magical Thinking). Three generations younger, Bridgers, in her hit “Kyoto,” recounts how “I’ve been driving out to the suburbs to park at the Goodwill and stare at the chem trails.” In the title track of her 2020 Grammy-nominated album Punisher, she writes of moving to L.A.’s “Eastside,” Silver Lake, because “I love a good place to hide in plain sight.”

But perhaps what these two brilliant women most share is California itself, and a sensibility that looks at the place through its dreams, its ghosts, and its absence of rationality or reasonableness. Didion’s observation that “California is a place in which a boom mentality and a sense of Chekhovian loss meet in uneasy suspension” is a foundation for Bridgers’s work.

Listen again to “I Know the End,” an “apocalypse song” in which Bridgers sings, “Like a wave that crashed and melted on the shore/Not even the burnouts are out here anymore.” Or check out “Garden Song,” in which she recounts staring at her reflection in a pool at the Huntington Library and declares, “I grew up here, ‘til it all went up in flames.”

That song, she told an interviewer, “is very much about dreams and—to get really LA on it—manifesting. It’s about all your good thoughts that you have becoming real, and all the shitty stuff that you think becoming real, too.”

Maybe Bridgers should aim even higher than Didion. Listening to Bridgers while re-reading Didion, as I’ve been doing, the superior talents of the young musician, and the weaknesses of the older author, became clear.

Didion, who focuses on surfaces, rarely gets to the emotional depths that Bridgers plumbs. Didion’s upper-class Sacramento snobbery—in essays decrying the opening of Hearst Castle to the public, and recalling how she didn’t get into Stanford and settled for Berkeley—hasn’t aged well, as even Bridgers, who barely graduated high school, noted in an interview: “It is funny reading Joan Didion. You get so jealous of her lifestyle, though. She’s like, ‘And then I flew from New York and I ate at the country club and went for a nice walk in a beautiful garden.’”

Didion’s lack of empathy for her subjects can be galling—in her newly released collection, there’s an ugly essay about a Gambler’s Anonymous meeting in Gardena where Didion feels so much revulsion at an addict’s search for serenity that she flees the room rather than hear him out. In contrast, Bridgers’s lyrics are rich in empathy, especially for those who, like the musician herself, struggle with depression.

But it is in portraying California that Bridgers has the most room to improve on Didion. The author, relying on personal experience, offered a pessimistic view of a whiter, richer California than the one we live in today. If the rock musician is to avoid the same mistake, she’ll have to reach more outside her own experience, to find the light in the Didionesque darkness, and honor the hard-won gains among all our Chekhovian loss.