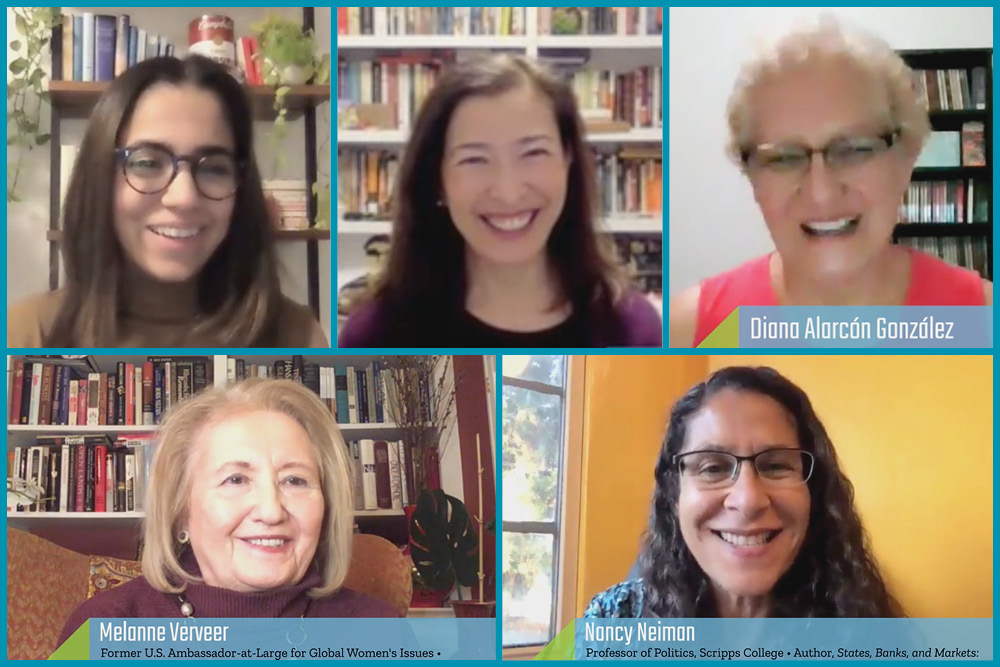 Sweden first introduced the term “feminist foreign policy” in 2014, and since then, a small but growing number of countries—most recently Mexico—have adopted or pledged to implement it.

But what exactly is feminist foreign policy, and how does it work? That’s a question New York Times reporter Alisha Haridasani Gupta found herself pausing on when she wrote about feminist foreign policy last summer—and one she posed to panelists at last night’s Zócalo/Scripps College event, “What Does a Feminist Foreign Policy Look Like?”

“The more we talk about this, and the more we open up the discussion, the more people will understand what it means,” said Haridasani Gupta, who served as moderator for the online discussion, and writes the Times’ gender newsletter, “In Her Words.”

The best way to start, said Melanne Verveer, former U.S. ambassador-at-large for global women’s issues and the executive director of the Georgetown Institute for Women, Peace and Security, is by considering what foreign policy does: “It advances the interest of our country, of our citizens; it advances democracy, human rights, international understanding; it’s about preventing conflicts and it’s about creating good relations with other nations.”

Recognizing that women make up half the world’s population, Verveer continued, feminist foreign policy puts “a gender lens or a gender perspective” on everything the State Department deals with, from economics to human rights issues—a lens that is necessary for meaningful diplomacy. “Women experience most circumstances differently and we have to factor in those differences if we’re going to have more effective foreign policy,” she said.

For Scripps College political economist Nancy Neiman, who studies global markets, her definition is less tied to traditional foreign policy goals. “I would move focus away from the interests of the nation, which is historically what foreign policy is about,” said Neiman, “and think about transnational issues—that the vulnerability of women in global markets is really a transnational issue, and it’s an intersectional issue; it’s about race, class and gender. I think those are the things that have to stay on the table, and the hope would be that more and more countries are interested in actually addressing these important issues.”

“The more we talk about this, and the more we open up the discussion, the more people will understand what it means,” said Haridasani Gupta.

Diana Alarcón González, chief advisor and foreign affairs coordinator for Mexico City, meanwhile, considered it from the perspective of her own constituency of 9.2 million people, of which 52.8 percent are women. “Advocating for equal rights and defining our public policies around the issues of rights means making sure that more than 50 percent of people in our city have equal access to rights,” she said.

New America Foundation fellow Elmira Bayrasli spoke last—and welcomed the differing definitions that came before hers. “It isn’t just one thing,” she agreed.

Looking at such outcomes, Haridasani Gupta asked the panelists for examples that show how a feminist lens can lead to progressive change on the world stage.

Verveer cited the role of women in the negotiations leading to Colombia’s peace agreement in 2016 after 50 years of civil war. “The women had put out proposal after proposal. Finally [they] gathered, in exasperation, in a summit, and came up with a bunch of recommendations at a time where there was a real serious effort to finally do this,” she said. Because of this, the issues that affected women throughout the conflict were considered, and there were recommendations in place in the peace agreement to address them. “For the first time ever,” Verveer added, “there was a gender subcommission that was part and parcel of the peace talks.”

On the flip side, the North American Free Trade Agreement offers a sobering example of what happens when feminist foreign policy isn’t considered, said Neiman, the professor of politics. “The story of Juárez is just a tragedy,” she said, referring to how the expansion of the maquila industry due to the 1994 trade pact led to a wave of migrants, particularly “young, Indigenous women, the most vulnerable of the vulnerable” to work in the expanding assembly plants in Juárez, where the homicide rate for women would increase by 600 percent between NAFTA’s passage and 2001. “We end up with a large number of disappeared and murdered women that is interconnected with the devaluation of young women’s lives,” said Neiman. All of this, she said, came out of a foreign trade policy that didn’t keep women’s interests in mind.

Audience members from the YouTube chatroom also contributed to the conversation. One asked what holds the U.S. State Department back from joining the countries that have already formally announced feminist foreign policies: “Is it just fear of the word?”

“Certainly, the word has something to do with it,” Verveer answered. Feminism has “been over time a loaded word in the United States, and detractors have tried to put all kinds of interpretations on it. But I don’t want to say we don’t have a feminist foreign policy. I think that’s a misapprehension.”

The U.S. may not be up there with Sweden, which first coined the term, she said, but it has made “vast efforts” to integrate issues that impact women into its foreign policy since the landmark Fourth World Conference on Women, which took place in Beijing in 1995.

In Canada, Haridasani Gupta noted, every budget now goes through gender analysis. Did the panelists have any concrete examples of ways governments can commit to feminist foreign policy?

In Mexico City, González offered, officials are ensuring women are at the policy table. “The chief of government, our mayor, just returned a proposal” from a technical committee, she said, because the group had only “two women [among] ten men at the table, and for her, it was not acceptable.”

There is much more feminist foreign policy can do for the world, the panelists agreed.

“Women always have to prove something is going to work when meanwhile there’s abundant evidence of things that aren’t working” in today’s world, Bayrasli said: democracy declining, strongmen on the rise, tensions simmering, and a pandemic killing millions. “Clearly there needs to be a reassessment to how we’re approaching foreign policy now.”

Feminist foreign policy could be a possible solution to the challenges of today, because, she said, it offers “a modern lens to the modern world.” 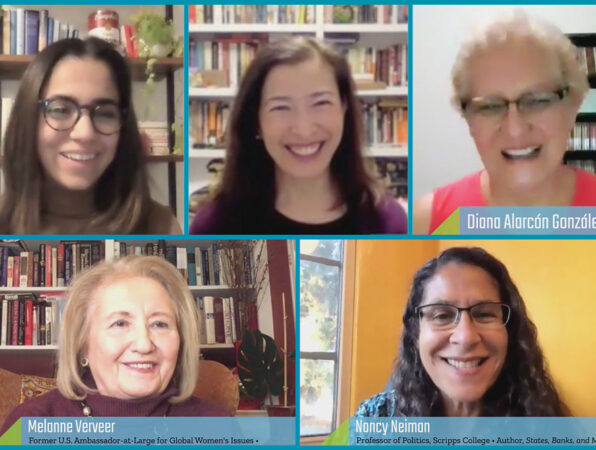