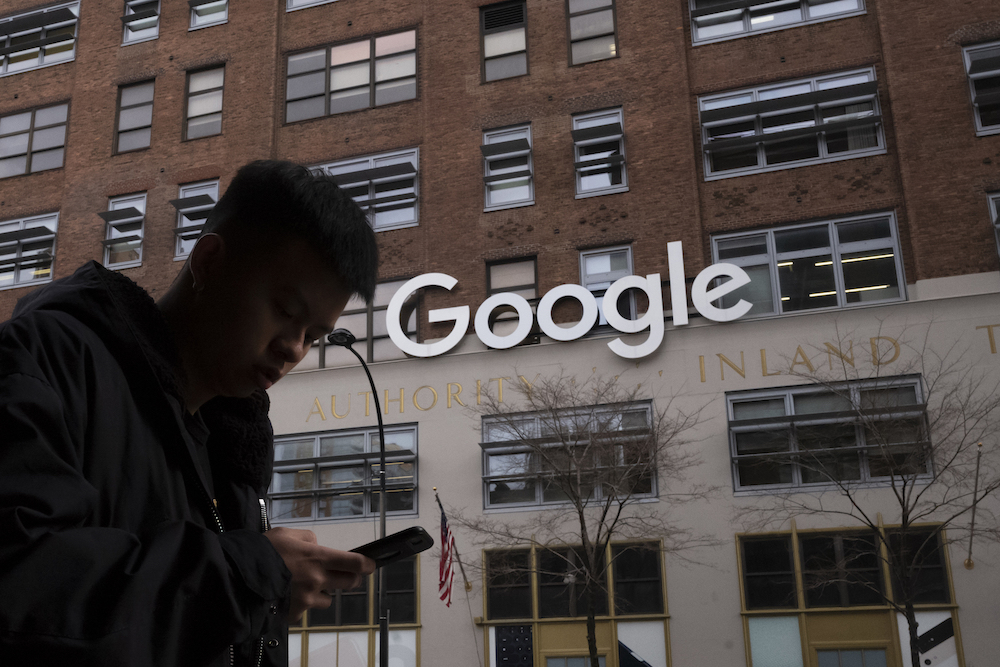 From Australia to Maryland, the free press is waging a battle for survival against Facebook and Google. Besides being gushing firehoses of COVID disinformation and QAnon conspiracies, Google and Facebook have been dangerously undermining the financial stability of media outlets all over the world.

These two companies alone suck up an astounding 60 percent of all online advertising in the world (outside China). With Amazon taking another 9 percent, that leaves a mere 30 percent of global digital ad revenue to be split among tens of thousands of media outlets, many of them local publications. With digital online advertising now comprising more than half of all ad spending (and projected to grow further), this domination has greatly contributed to underfunded and failing news industries in country after country.

Australia’s situation is typical. Its Competition and Consumer Commission found that for every hundred Australian dollars spent by online advertisers, $47 goes to Google and $24 to Facebook.

Most Australians who access their news online don’t go to the original news source. Instead, they absorb the gist of the news from Facebook and Google’s headlines and preview blurbs. With fewer people clicking through these links, the digital media platforms effectively have turned thousands of publishers and broadcasters into little more than uncompensated ghostwriters of content.

Australia decided to fight this thieving duopoly with some rules-setting of its own. A new law approved by the Australian Parliament requires large digital media companies to compensate Australian news outlets fairly for their proprietary content, and to submit to binding arbitration with news publishers if they can’t agree on terms. Media outlets around the world are watching to see how this plays out.

With each crisis revealing the gap between the tech companies’ public-square pretentions and their very real publishing power, the debate has intensified.

The result was jarring, the proverbial “shot heard ’round the world.” Facebook censored Australian users more effectively than the Chinese communist government ever could, prompting charges of “big tech authoritarianism.” Facebook finally relented to Australia’s requirement, in return for some vague and uncertain concessions. But the flexing of raw, naked platform power was unmistakably clear.

Now a similar battle is playing out in the state of Maryland. Over the last 10 years, U.S. newspapers’ advertising revenue decreased by 62 percent, and without that source of funding, newsroom employment dropped by nearly half. That decline coincided with a huge increase in digital media use and, according to Pew Research Center, today more than half of U.S. adults report often receiving their news from social media, search, or podcasts, and only a third from news websites or apps. Those numbers zoom off the charts for young people 29 and under.

Squeezed by these economics, Maryland approved America’s first tax on digital ad revenue earned inside its borders, targeting companies like Facebook, Google, and Amazon. The measure is projected to generate as much as $250 million annually, dedicated to schools. The tech giants are threatening lawsuits against Maryland, even as Connecticut and Indiana legislators have introduced similar measures.

But the real battle is just beginning. One of the most important, unsettled debates of the Internet Age is whether digital media platforms like Facebook, Google/YouTube, and Twitter are the new “public square,” a kind of global free-speech Agora, or just the latest techno variety of old-fashioned publishers and broadcasters. Or a hybrid of these.

With each crisis revealing the gap between the tech companies’ public-square pretentions and their very real publishing power, the debate has intensified. Following the U.S. Capitol ransacking, Facebook, Google, and Twitter all decided to discontinue “publishing” the president of the United States. Before that—as the platforms tried to contain their toxic pipeline of pandemic and election disinformation and racial tension—they slapped warning labels on posts and removed the content of certain users.

Now, in response to Australia’s law, Facebook pulled the plug on an entire country. That’s something only a giant monopoly publisher can do. In 2014, when Spain enacted legislation requiring Google to pay Spanish news outlets for the article snippets in its search results, Google bullied the government and ultimately closed its new service there.

Even before the past year’s seminal events, Facebook, Google, and Twitter acted as publishers by allowing their “engagement” algorithms to make critical decisions about which content is featured at the top of users’ news feeds, and what is promoted and amplified. Their sophisticated “long tail” publishing machines precisely target niche users, showing different content to different people, including political ads.

These are not passive online chat boards, and the Big Tech platforms are not merely managers of the digital public square. They are “robot publishers,” in which algorithms do the essential duties of an editor. From a liability or accountability standpoint, it should matter little that there is a supercomputer behind the curtain, instead of a human.

So it’s pretty difficult to argue credibly that these platforms are not in some sense publishers, deciding what content and sources should disappear or be amplified. These companies have more in common with the New York Times, CNN, and Rupert Murdoch’s News Corp than they do with an online Wikiboard or free speech corner in London’s Hyde Park.

Indeed, Facebook’s and Google/YouTube’s algorithmically curated machines, with 2.6 billion and 2 billion users, respectively, are the two largest publishers and broadcasters in human history. Yet existing law does not treat these companies as either, when it comes to being liable or answerable for their mistakes and abuses. The digital media platforms, seeking to avoid accountability and its costs, hide behind the fact they have billions of users generating content. But that should not obscure the centrality of their publisher role.

Critics of the Maryland and Australian approach claim that treating Facebook and Google as publishers threatens the principle of an open internet, which views the internet as an infinite free speech zone for information sharing, consumer choice, and global connection. It’s a beautiful but outdated dream, and it must be balanced by the “copyright principle,” which was established years before the internet was even invented. Copyright law mandates that any person or organization cannot swipe someone else’s content and monetize it without paying for it.

There is something inherently basic and fair about digital media giants paying for the original news content they use to drive traffic to their sites. But the open internet principle essentially demands that traditional news sources bear the financial burden of continuing to produce quality news without fair compensation, much as it demanded that Napster be allowed to distribute copyrighted music for free without compensating musical artists and record companies.

Taken to its logical conclusion, the open internet principle will cannibalize what’s left of the news media. With no credible news sources to steal from, Facebook and Google would be even more overrun by disinformation. They are eating their own seed.

Canada says it will adopt the Australian approach, possibly India, too. And France and Austria have passed similar laws. The U.S. is known for encouraging competition, so you would think regulators would jump into action. Yet the Biden administration has been silent on this subject. Will the United States, a longtime champion of the free press, step up?