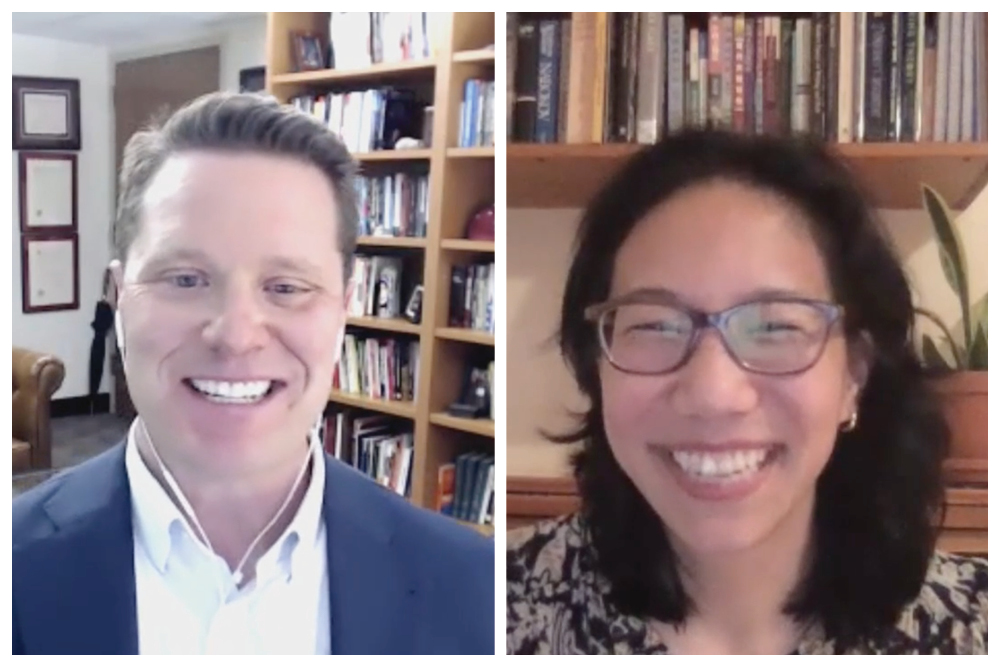 The 2021 Zócalo Public Square Book and Poetry Prize winners, Jia Lynn Yang and Angelica Esquivel, are creators of works that find the humanity in two of Zócalo’s favorite subjects: community and place.

Esquivel opened our annual book and poetry prize program with a reading of her winning poem, “La Mujer,” which “transports across cultures and generations, and yet feels very specific and momentary. It’s profound and moving,” said Tim Disney, who sponsored both prizes this year. Disney congratulated Esquivel for winning the 10th annual Zócalo Poetry Prize, for the poem that best evokes a connection to place.

Disney then introduced Jia Lynn Yang, winner of the 11th annual Zócalo Book Prize, who is also national editor of the New York Times. Yang’s debut book, One Mighty and Irresistible Tide: The Epic Struggle Over American Immigration, 1924-1965, is an “outstanding work in explicating the complicated and fraught history of immigration to this country,” said Disney. “This topic and her masterful treatment of it could not be more salient.” The prize honors the nonfiction book that most enhances our understanding of community and the forces that strengthen or undermine human connectedness and social cohesion.

“My wildest dream of my book was that it would foster a sense of community,” said Yang, as she thanked Disney and Zócalo for the recognition before beginning her lecture. “Thank you for seeing that spirit in my work.”

Yang explained that from 2016 to 2020, she researched and wrote One Mighty and Irresistible Tide, which chronicles one of the most restrictive periods in America’s immigration history. During the Trump presidency, the book evolved into a story with strange and direct parallels to today. In libraries and archives, Yang found stories and arguments around immigration that “did not merely have echoes from the past but messages that seemed to have risen from the dead.” One example: In 1922—two years before Congress enacted strict ethnic- and race-based quotas designed to keep the country white, Anglo-Saxon, and Protestant—one of the authors of that bill, Pennsylvania Senator David A. Reed, said that he was worried that other nations wanted “to make us the trash basket of all creation by sending us the very worst they have.”

There was little resistance to this statement, and the legislation that followed, said Yang who juxtaposed that historical moment to the moral outrage that arose nearly 100 years later when President Trump enacted a Muslim travel ban a week into office. Protestors’ signs in the wake of that ban included a common refrain: “We are a nation of immigrants,” a statement that might seem obvious today, yet, said Yang, “this political idea is not only not that old; it’s quite radical.”

Yang traces it back to a 1951 book by historian Oscar Handlin—an activist and son of Jewish immigrants—called The Uprooted. Handlin was trying to create “a new, romantic idea of American nationalism that is rooted in immigrants,” said Yang—and at the same time, he was endeavoring to get the quota system abolished. He succeeded in those aims—Handlin’s book was credited for helping inspire President John F. Kennedy’s push to abolish the quotas, a mantle that was inherited by President Lyndon B. Johnson, who managed to find success after Kennedy’s assassination.

Yang’s book takes its title from the speech Johnson gave welcoming the passage of the Immigration and Nationality Act of 1965, in which he called the U.S. a country “built by a nation of strangers … joining and blending in one mighty and irresistible tide.”

“In a way, the romanticism of a nation of immigrants is so powerful that we can feel it’s not political,” Yang said. But in this moment, “you have to look beyond the category that you’re in.”

The law, which Johnson said would not be revolutionary, turned out to be exactly that. “This law ends up unleashing huge amounts of immigration from outside Europe,” said Yang. “It’s this group of people … who are now changing this country in enormous and lasting ways that we are only beginning to understand and to see.”

Yang added, “To say that the people who define this country are the same people who are not from it, that it is the outsiders who make it what it is—that is quite an idea.”

Stanford University sociologist Tomás Jiménez, author of The Other Side of Assimilation, then joined Yang for a question-and-answer session. He began by asking her to “tell us about the biographical roots of this project.”

Yang explained that the 1965 law allowed her parents and other family members to come to the U.S. from Taiwan and China in the 1960s and 1970s. She wanted to know why, and why so many of her friends—whose families are from the Middle East and Eastern Europe—came to America. “Why don’t I know why all these people are here?” she said. “How did this country get so multi-ethnic?”

Jiménez asked Yang if Johnson’s eventual success in ending the quotas—and the failures that preceded him—offer lessons for more recent failures to enact comprehensive immigration reform, including for the current administration.

“It’s so deeply morally complicated to figure this out,” said Yang. “It’s very hard to arrive at clear answers,” such as what a number cap on immigrants should be and how you arrive at that number.

Jiménez agreed. “People like me, who think there should be big immigration reform, have a hard time articulating concisely what those tradeoffs should be.” It’s easier, he added, to say what we don’t want immigration to be.

This challenge gets to the heart of the deep contradictions in Americans’ attitudes toward immigration. President Trump’s opponents saw his anti-immigration policies as ahistorical, but “we’ve turned the spigot on and off very hard over the years,” said Yang. At the same time, she added, we don’t treat undocumented immigrants well, and we are currently dealing with a wave of hate crimes against Asian Americans. “It feels like a very volatile mix to me. We are working out all these demographic, cultural, political changes,” she said. “I think the whole country is trying to process, who are we now?”

The people wrestling with that question include Yang’s generation, she said. “In a way, the romanticism of a nation of immigrants is so powerful that we can feel it’s not political,” she said. But in this moment, “you have to look beyond the category that you’re in.”

While new immigrants and their children sometimes feel as though they have no history in their new country, Yang hopes her book serves as a reminder to them that “you don’t have to start from scratch,” and illuminates their connections to “all these other Americans who came before” them. She concluded: “You and we are part of something much bigger.” 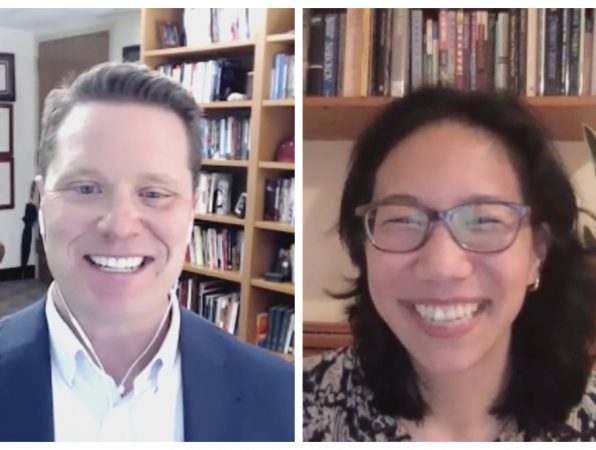 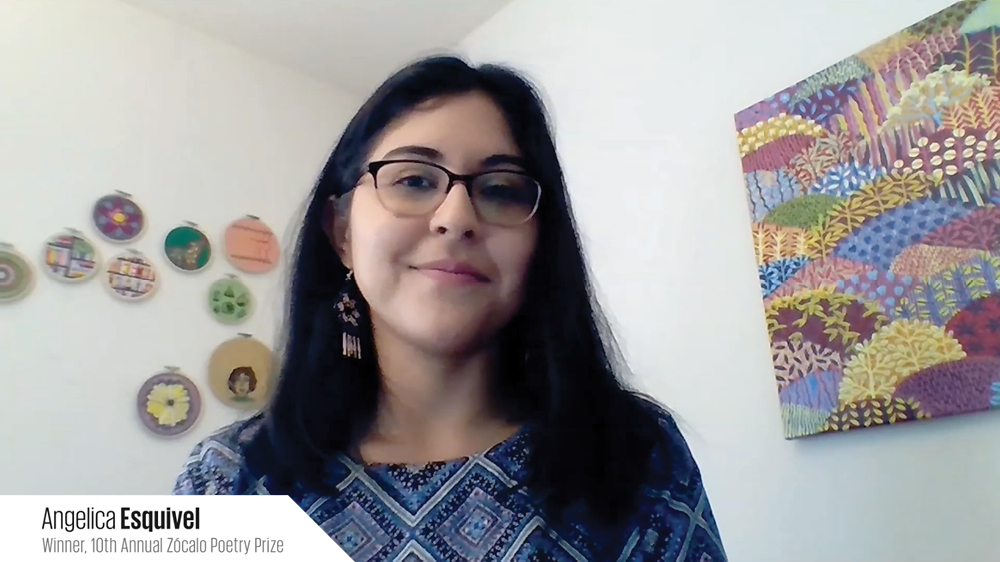 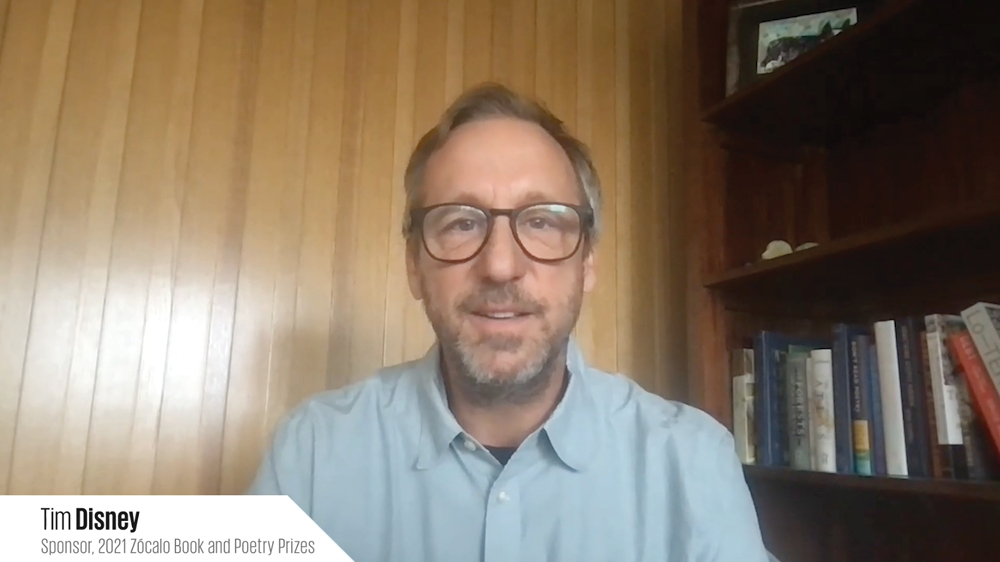 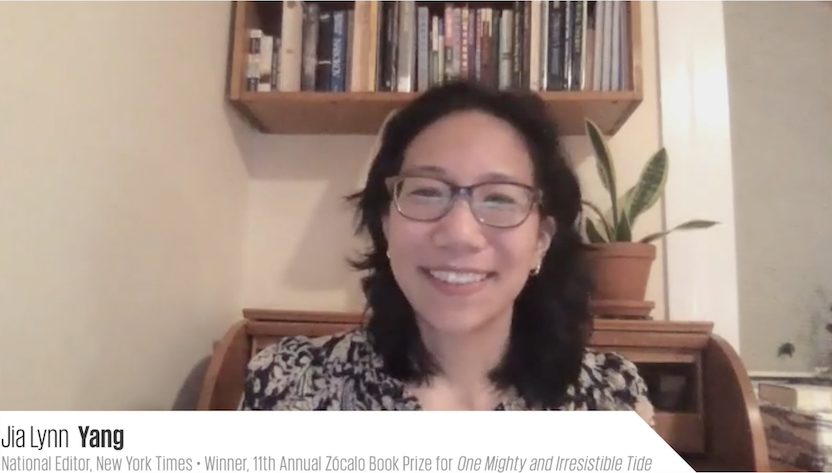