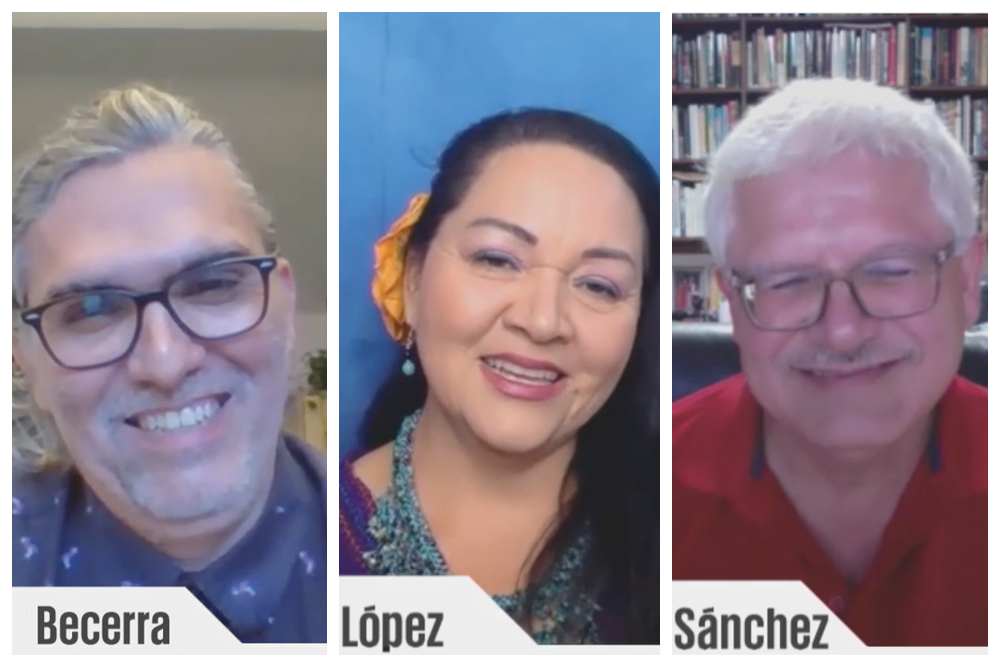 The Los Angeles neighborhood of Boyle Heights has long demonstrated the resiliency, openness to immigrants, and commitment to democratic action that the United States desperately needs now, said speakers at a Zócalo event last night.

The event, titled “Can Boyle Heights Save America?” streamed online. But it was deeply grounded in the small details and larger meanings of a neighborhood—sitting above the Los Angeles River, across from downtown and between the 10 and 5 freeways—that has long been a place for Southern California’s new arrivals.

USC historian and professor of American studies and ethnicity George J. Sánchez—whose new book, Boyle Heights: How a Los Angeles Neighborhood Became the Future of American Democracy, inspired the program—argued that Americans should look to Boyle Heights as they question the true nature of belonging and citizenship.

“This is a country that is having a crisis of democracy,” said Sánchez, a native of Boyle Heights whose parents chose to settle there after emigrating from Mexico. “And people don’t know how neighborhoods can make a difference. I think there’s a lot to learn from Boyle Heights and Boyle Heights history in terms of how do you make democracy actually happen with working-class people, with poorer people.”

Sánchez suggested that despite influxes of people and major disruptions, Boyle Heights has survived and remained a distinctive and cohesive place because its people held onto their different cultures, rather than losing them in a melting pot. “They didn’t melt—they each took incredible pride in their own backgrounds,” he said. “They were fortified in their cultures and in what they brought to each other.”

That statement from Sánchez came near the end of a wide-ranging, hour-plus discussion of Boyle Heights that touched on its food (especially the combo burrito at Al & Bea’s), its art, its beautiful places (from Hollenbeck Park to the Tenrikyo Church), its Victorian houses, the marvels of Roosevelt High School and its vast alumni network, and why the place has so many cemeteries (because L.A.’s 19th-century planners thought that the city would never expand any further east).

After an introduction of the event from another Boyle Heights native—former L.A. County supervisor and UCLA Luskin Los Angeles Initiative director Zev Yaroslavsky—Becerra asked López and Sánchez, “Who are you because of Boyle Heights?”

López replied with two words: “resiliency and survival.” Born in Mexico, she immigrated to the neighborhood as a child and credited the multiethnic influences of its Japanese, Jewish, and Italian histories. “I think I am Boyle Heights,” she said. “Because I am an immigrant [and] because I borrowed from so many different flavors and experiences.” The neighborhood, she added, “taught me to be creative.”

López has spent time elsewhere but keeps returning to Boyle Heights because it is home—and because she wants to be part of protecting such a distinctive place.

Noting the city government’s neglect of the community in many ways, she said she has long feared gentrification and other damaging changes. “You see how all these [other] Latino neighborhoods are being gentrified,” she said. “I wanted to empower people so we could own our own narrative.”

Boyle Heights welcomes immigrants and new arrivals, but they need to respect the neighborhood. Some art galleries that moved in quickly moved out because they didn’t get along with the community. “You’re not Columbus discovering the natives,” she said. “We have cultures. It is not a blank canvas. You’re welcome, you can contribute, but you can’t just whitewash it.”

Boyle Heights, always a very creative place, has become well-known as a center for the arts, ratified in part by the arrival of Self Help Graphics from East L.A. But doing anything new in the community is not easy. López talked in detail about starting CASA 0101 Theater in 2000—which supports the development of local actors and playwrights, with an emphasis on Latino stories—and recounted the difficulties of opening her restaurant, Casa Fina. She said that challenges include permitting issues, perceptions of Boyle Heights as dangerous, and over-policing.

For his part, Sánchez noted that one big reason why Boyle Heights has been resilient is that its people—through unions and organizations like Mothers of East L.A. and Homeboy Industries—have so often had to organize to protect the community. Its proximity to the city center has made it a frequent target for the redevelopment plans of downtown interests. Boyle Heights’ talent for organizing also benefited from the histories of activism among the people who settled there, including Jewish radicals who came in the early 20th century and African Americans who moved in because they could buy houses there. The famous student walkouts in 1968, he noted, were the product of longtime interactions and mutual learning between Chicano activists and African Americans in Boyle Heights.

Today, Sánchez said, the neighborhood is still a place of remarkable interactions between different peoples, often on streets where residents walk more than they do elsewhere in L.A. But he also pointed to threats to the community. Many business owners, he said, are worried that too many property owners don’t live in Boyle Heights and don’t care enough about the neighborhood.

He also said that more Latinos, having left Boyle Heights for college and professional careers, are coming back home. “This is a big difference with other communities,” he said. These returning residents have given Boyle Heights more middle-class people and produced an uptick in home ownership. That puts pressure on the rental market and begs the question: “Is Boyle Heights going to remain a place that low-income recent immigrants can move into?”

Sánchez urged people to watch closely what happens around old industrial properties like the Sears building and at the neighborhood’s southern border, around the 5. These places are ripe for transformation and gentrification, he added, and the city and the neighborhood need to talk about how to protect its “multi-class environment.”

He said such an environment, if preserved, could augur a very different Los Angeles “where Boyle Heights is going to give an opportunity to the Mexican American who may not be bilingual to feel comfortable with recent immigrants.” There’s value in that for everyone.

“Assimilation doesn’t just work in one direction,” he said. “It needs a canvas that can work in both directions. I think Boyle Heights will start playing that role more often.”

The YouTube broadcast of the event was accompanied by a lively chat room, in which current and former Boyle Heights residents, along with prominent journalists, discussed all sorts of neighborhood issues. The panelists addressed questions posed in that chat on everything from political representation of Boyle Heights to the ludicrousness of Silver Lake residents saying they live on “the Eastside.”

“That’s as far east as you’ll go? Really?” López said sarcastically, before suggesting that her theater might need a campaign, or a new show, or at least bumper stickers that make plain where “the real Eastside” is.

López also discussed her and Sánchez’s plans to create the Boyle Heights Museum, which will offer both a history of the neighborhood and a center for democratic action and social justice work.

In response to one audience member’s question, Sánchez noted that the neighborhood is a particularly strong example of “non-electoral democracy.” Its population is heavily undocumented and very young, “so it contains a lot of people who cannot vote.” As a result, Boyle Heights demonstrates the power of other forms of democracy. “It’s about protest. It’s about showing up. It’s about saying, we are citizens of this neighborhood,” he said. 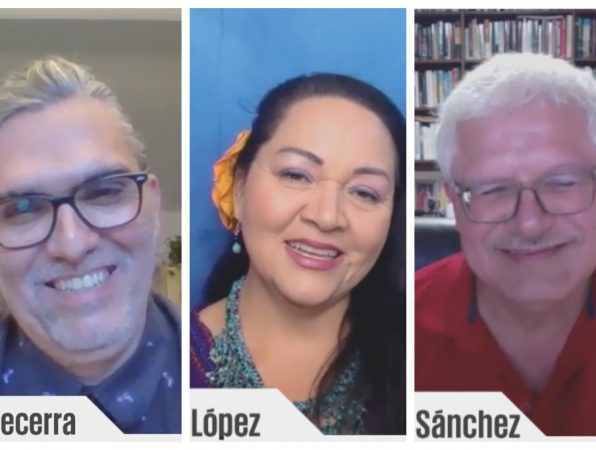