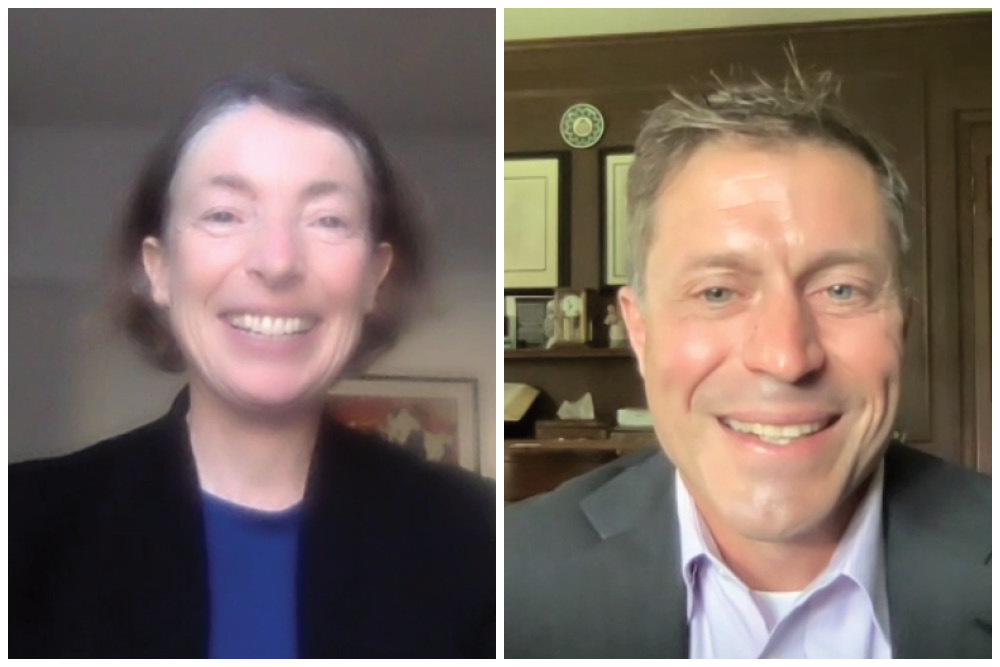 Emma Sky and Steve Miska discuss "What Does America Owe to Veterans of Our 21-Century Wars?"

Four months before the last American servicemembers withdraw from Afghanistan, retired U.S. Army Colonel Steve Miska spoke at a Zócalo/Pacific Council/USVAA event the day after Memorial Day. The topic: what we owe today’s U.S. veterans and one group of their allies—the interpreters who put their lives and families at risk to support them. Miska is the author of a new book, Baghdad Underground Railroad: Saving American Allies in Iraq, and executive director of the nonprofit First Amendment Voice.

Yale University’s Emma Sky, director of the Maurice R. Greenberg World Fellows Program and a senior fellow at the Jackson Institute, interviewed Miska, whom she first met when they were both in Iraq in 2007. She is also among the people who encouraged him to chronicle his experience helping interpreters come to the United States as refugees in a book.

“Why should Americans care about the fate of those who interpreted for U.S. troops?” asked Sky.

“We serve by an ethos of leave nobody behind, and we tend to think of that as those of us in uniform,” answered Miska of the U.S. military. However, he pointed out, interpreters “are men and women who go on patrol with us every day,” and do so under the threat of death, of kidnappings for ransom, and of harm coming to their families. In both Afghanistan and Iraq, U.S. enemies have used violence against interpreters “to send a message to anyone who would think about working alongside us,” said Miska. “We don’t want to violate this ethos that the military inculcated in us.”

Who are these interpreters, Sky asked Miska, and why do they put themselves and their families at risk to help the U.S.?

They have a variety of motives, and those motives have changed and evolved over the past 20 years, said Miska. In the early days, he speculated, “hope was a real driving factor.” For example, a man Miska calls Ronnie, whose story is detailed in Baghdad Underground Railroad, became an interpreter as a teenager just out of high school looking to help renew Iraq post-Saddam Hussein. As the job got increasingly risky, though, he stayed on in order to survive. “Once you’ve committed,” said Miska, “it’s hard to get away from that and to hide that from the nefarious actors who are out there.”

Interpreters and their families in Afghanistan who have applied for Special Immigrant Visas need to be evacuated to Guam, or some other safe third territory—preferably under U.S. jurisdiction—as quickly as possible, before U.S. troops fully withdraw.

In 2007, Ronnie got approved for a Special Immigrant Visa; at the time, there were only 500 such Visas available for Afghan and Iraqi interpreters annually, so Miska explained, it “felt like winning the lottery.” Over the past two decades, thanks to Special Immigrant Visas, 18,000 interpreters have arrived in the U.S. with 45,000 family members; more than 18,000 applicants and 70,000 family members remain in Afghanistan waiting to come.

Their situation is extremely precarious. “These are people the Taliban are mercilessly hunting,” said Miska.

The post-9/11 wars have taken an enormous toll on the military, said Sky, pointing to the 7,036 American service members who have been killed to date, but also that “we’ve been fighting without winning for 20 years,” with goalposts that kept moving. The costs to Afghanistan and Iraq have been even higher. Are Miska and his partners in helping interpreters driven “by guilt, by a type of penance… because this is something we could actually do and do right?” she asked.

Miska said there are many reasons to protect interpreters, including assisting U.S. troops and counterterrorism investigators around the world, who need local allies that will trust them. “There might be some guilt in there; that’s absolutely true,” he added. “But it’s guilt because we’re being precluded from trying to honor something that we really believe in,” he said, returning to his point about the military’s “no one left behind” ethos.

Turning to Sky, who is British, Miska said that there’s a long, global history of protecting allies; after the American Revolution, for example, the British evacuated between 60,000 and 70,000 Loyalists to Jamaica, Nova Scotia, and London.

What would the equivalent of that action be right now, asked Sky: What is Miska asking from President Biden and his administration?

Miska said that the interpreters and their families in Afghanistan who have applied for Special Immigrant Visas need to be evacuated to Guam, or some other safe third territory—preferably under U.S. jurisdiction—as quickly as possible, before U.S. troops fully withdraw. Government resettlement agencies—which have worked at a similar scale after wars in Vietnam and Kosovo, for instance—need more support to do so. “It won’t be easy,” he said.

The difficulties don’t end when interpreters are able to ultimately arrive in the U.S. Challenges range from enrolling children in school to adjusting to a culture of paper plates. (Miska’s mother, who sponsored a family, would find dinner plates and silverware in the trash due to a misunderstanding about which place settings were indeed disposable.)

Miska called on veterans and civilians alike to do whatever they can to help refugee interpreters, from becoming sponsors to getting involved with organizations like Miry’s List in Los Angeles, No One Left Behind, and the International Refugee Assistance Project. For veterans, specifically, he advised that they check in with their interpreters, and contact their representatives in Congress for help because unlike most issues that have become politically polarizing, assisting interpreters is one of the precious few issues that both parties agree on. 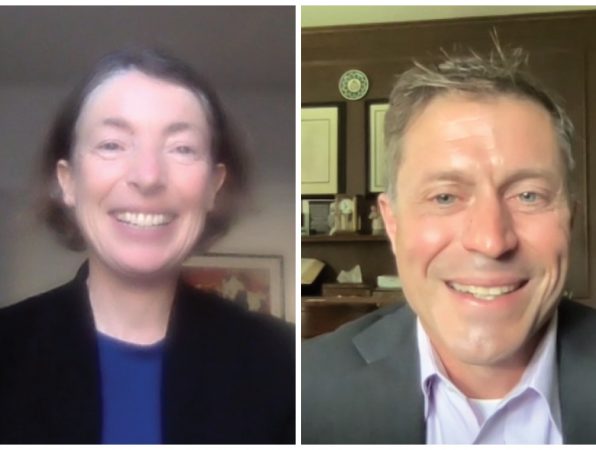