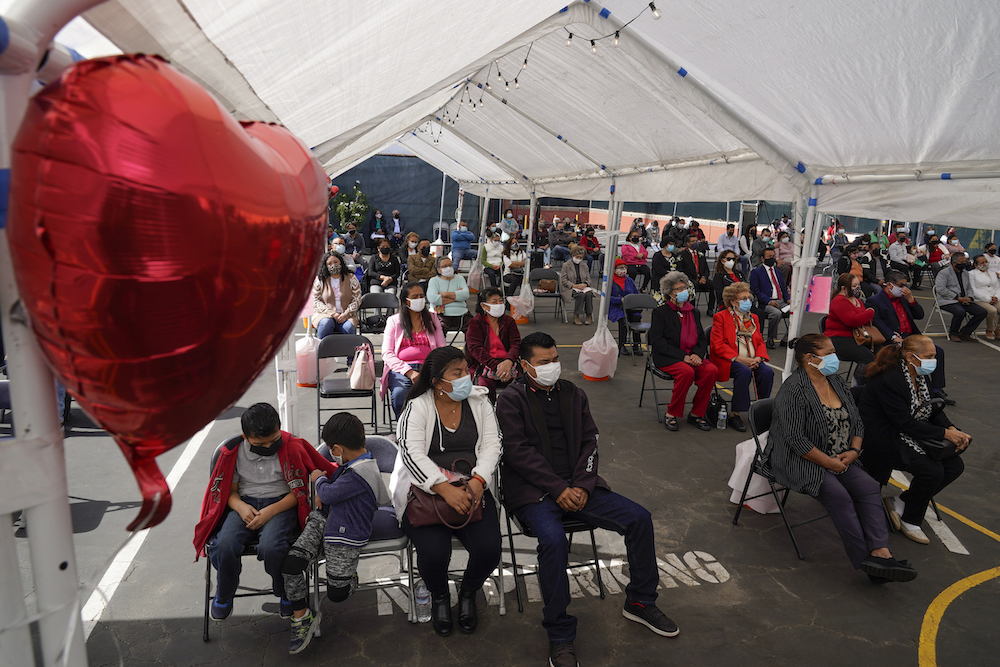 Judging by news coverage, the only religion trend originating in California during the pandemic was of conservative evangelical COVID denialism and defiance.

But away from the headlines, a very different trend took shape.

California has always set the pace for American religion. Home to waves of migrants from around the world and every region of the United States, California is one of the most religiously diverse places on the planet. The diversity and cultural churn force religious institutions to innovate and adapt. That was especially true during the pandemic.

In my interviews around the state as a religion journalist, I began to discern a pattern that helped me to understand how COVID was transforming religion all across the country. The broad majority of believers responded to the pandemic with a resilience and creativity that both surprised them and endowed them with a new set of skills and a reinvigorated sense of purpose. The enforced adaptations augur a counterintuitive post-pandemic future: religious renewal.

A subset of conservative evangelical churches, and some conservative Catholics, chose to view it all as an existential threat. They responded by defying authorities, staging protests, resisting vaccines, and embracing conspiracy theories about the virus’s origins and the motives of government officials. Religious anger over pandemic restrictions contributed to the late-term drive to install Justice Amy Coney Barrett on the Supreme Court and helped to motivate Christians to storm the U.S. Capitol on January 6.

But this divisiveness did not translate into gains for evangelical churches. The Southern Baptist Convention, America’s largest evangelical denomination, lost members during the pandemic and is now embroiled in a bitter leadership struggle. Thom Rainer, a church consultant and former president of the convention’s research arm, predicted a coming wave of clergy resignations. “The vast majority of pastors with whom our team communicates are saying they are considering quitting,” Rainer wrote in a blog post last year. The 2020 Census of American Religion found that the number of white evangelicals in America has declined to an all-time low. Regardless of their ongoing political influence, conservative Christians are exiting the pandemic facing serious demographic, institutional and reputational challenges.

For everyone else, the future looks unexpectedly hopeful. Polls show that the vast majority of religious believers in the United States, including evangelicals, did not protest, storm the Capitol, or refuse to be vaccinated.

What they did do was scramble to adapt. They lost their high-production value in-person services but adopted new technology on the fly and boosted public service ministries. They lost some members but reached new ones with online and outdoor worship services. They rediscovered their inner spiritual resources and the benefits of a supportive religious community. The same poll documenting white evangelical decline also recorded an uptick for other Protestant traditions and a reversal in the recent rise of the religiously unaffiliated. Another survey, by the Pew Research Center, found that the pandemic strengthened religious faith for close to a third of all Americans, especially evangelicals and Catholics.

For Christians, the pandemic kickstarted what could become a mini reformation.

For Christians, the pandemic kickstarted what could become a mini reformation.

“It forces us to ask the question: What’s the most important thing?” said Tod Bolsinger, vice president and chief of leadership formation at Fuller Theological Seminary in Pasadena. “What really matters? What is the gift that we give to a community?”

Mariners Church in Newport Beach was once described by a local reporter as “the Dallas Cowboys of churches,” a reference to the congregation’s wealth, homogeneity, and popular Sunday services. But in recent decades, Mariners has sought to become a leader in multicultural ministry, with a diverse membership and outreach programs in less affluent Orange County communities.

“How do you serve a community when the way you served them historically might not be viable anymore?” said church spokesperson Cathi Workman. During the pandemic, Mariners began holding pop-up services in parking lots and other unoccupied spaces throughout the county. Members provided childcare for essential workers, offered work space and technology assistance to families adapting to online school, delivered more than one million meals, held blood drives, and helped local adults with special needs.

In Sonoma County, evangelicals bucked their faith tradition’s hostility to government and formed an alliance with local authorities to provide shelter and meals to residents in need. A coalition of roughly four dozen churches, which formed four years ago in the wake of devastating wildfires, met regularly with county officials to coordinate services and craft local ordinances in ways that preserved safety without unnecessarily burdening places of worship.

“We have this conviction that the long-term impact of trying a collaborative approach with local government and key community stakeholders will be better than the short-term gains of trying to go at it in a more antagonistic way,” said former pastor Adam Peacocke, who now leads the coalition. The partnership, he said, helped to elevate churches’ public profile.

Though white evangelicals are among the most vaccine-hesitant groups in America, moderate evangelicals have been prominent in vaccine outreach efforts. In November, Rick Warren, best-selling author and founder of Saddleback Church in Orange County, partnered with the U.S. Department of Health and Human Services to broadcast an online interview about vaccines with National Institutes of Health director Francis Collins, who is himself an evangelical.

Curtis Chang, a former evangelical pastor who now teaches at Duke Divinity School and runs a church consulting organization in San Jose, formed Christians and the Vaccine, a national media campaign that partners with government agencies and health advocates to allay religious concerns about vaccination. Chang said he conceived of the campaign after conversations with local public health officials convinced him that many people in government don’t understand how conservative religious people, including white evangelicals and Spanish-speaking Pentecostals, respond to health crises. “The vaccine is in danger of getting sucked into the culture wars in the church,” he said.

The most lasting change wrought by the pandemic likely will be churches’ new self-understanding. When people are sick, dying, and afraid, bingeing Netflix only goes so far. For anyone religiously inclined, a spiritual community is an irreplaceable source of support and consolation. Scrappy immigrant places of worship already knew that. Many Christians had grown doubtful or forgotten, blinded perhaps by the role money and politics have come to play in their operations.

COVID forced American Christians to take a hard look at themselves. Some recoiled from the introspection and demanded their old routines. Others stepped up. They now are less afraid of change, more confident of their role in their communities, and more certain of their faith’s inestimable personal value.

My own prediction is that politically driven Christians will continue flailing, dragging the religion’s overall reputation down with them. But there will be a countervailing force, as the makeshift adaptations COVID forced upon churches are no longer needed, and they must decide what to keep and what to let go. Smaller, more spiritually engaged places of worship will hang on to fortified social service ministries and more confidently proclaim answers to life’s hard questions. They will experiment with digital outreach and display a persistence and relevance no one could have predicted before COVID. Such changes are especially visible in California. But they are happening everywhere.

Alan Cross, pastor of Petaluma Valley Baptist Church, part of the coalition of evangelical churches that partnered with Sonoma County authorities, said that the pandemic reminded him that a vibrant future for religion in America depends on fundamental values of compassion and public service. His church’s efforts to help struggling neighbors drew people in, and helped their congregation continue to diversify to reflect its surrounding agricultural community. “You have to sacrifice. But in that, God will raise up something beautiful,” he said.