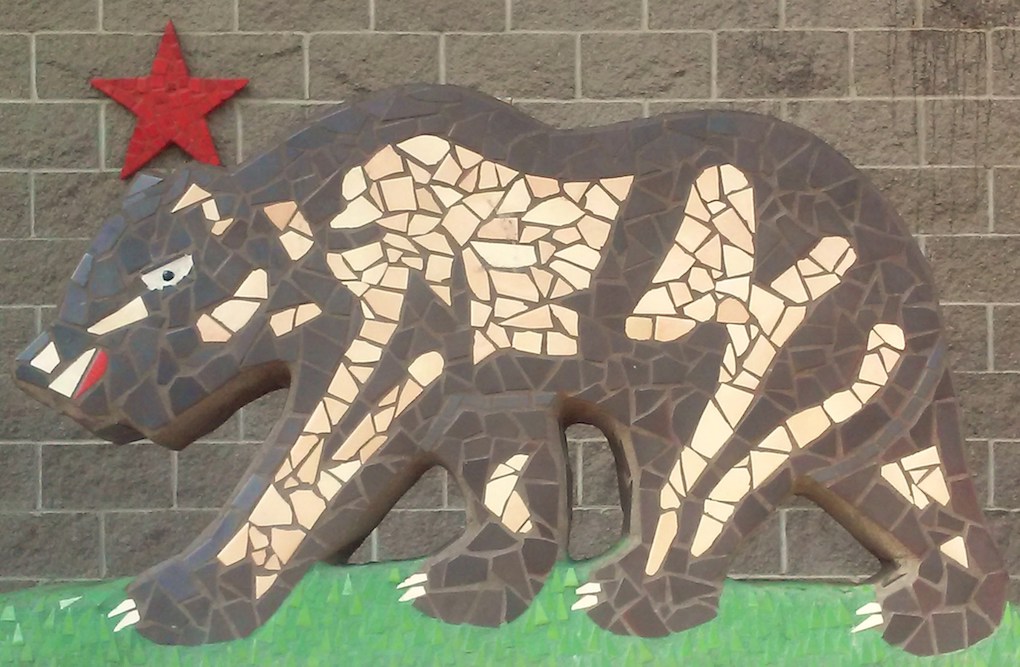 A series of mass shootings culminated in a savage, Columbine-style attack on a Sacramento-area school that killed 35 kids and two cops. The shooters used semi-automatic rifles and pistols with large-capacity magazines—weaponry that had been illegal in California until the conservative majority of the U.S. Supreme Court threw out the state’s gun control laws. Californians raged that the justices—and the federal government—had effectively murdered their children.

That anger soon spiraled into a cold civil war, with California’s elected leaders openly defying federal officials and laws by outlawing most guns, and imposing a mandatory buyback. An authoritarian Republican president retaliated with an economic blockade of the state. After right-wing militias invaded the state and used Facebook Live to broadcast their massacre of California Highway Patrol officers enforcing state gun laws, California’s governor declared her intention to depart the Union, subject to the result of a referendum by voters.

This path to establishing the Golden State as an independent nation is fiction, at least for now. But this account—invented by the Christian conservative writer David French in his 2020 book Divided We Fall: America’s Secession Threat and How to Restore Our Nation—might be the most realistic and detailed scenario for a Calexit that I’ve encountered.

The scenario packs a special power because French is a careful and rigorous thinker who desperately wants the United States to remain united. A lawyer, military veteran, and champion of socially conservative causes, he is also loyal to the American tradition of pluralism: he broke early and decisively from friends and allies to oppose President Trump and harsh partisanship. His book is a thoughtful and fair-minded examination of how Americans, across not just the political spectrum but also the nation’s geography, have segregated themselves into communities of the like-minded—and started to hate those with whom they disagree.

French argues that this negative polarization is so extreme that the country may well split apart. To demonstrate how real the threat is, he offers two all-too-possible scenarios—a Texas-inspired departure of the South rooted in abortion politics, and a guns-rights clash that takes first California, and then Oregon and Washington, out of the U.S.

The Calexit scenario is based on California progressives’ very real fears of minority, illegitimate rule because of problems with the Senate, Electoral College, and Supreme Court.

In French’s Calexit scenario, Republicans eliminate the Senate filibuster to give their president extraordinary powers to subdue California. The Supreme Court—which layers opinions with celebrations of self-defense that Californians see as inspiring gun violence—is stacked with conservatives because Republican Senates had blocked previous appointments by Democratic presidents. Californians see the president—who seeks to arrest the governor and other top state officials for their defiance—as illegitimate because he lost the popular vote in an election marked by voter suppression.

Given a choice between freedom or occupation, Californians vote by more than two-thirds to leave the Union. Soon Oregon and Washington join them.

When California’s governor declares her independence referendum, she says: “The time has come to form a new nation—one born not out of violence but through peace, a nation that is built from the ground up to respect the environment, trust its citizens with decency, and shun the war-making impulses that have cost the lives of countless millions.” She pledges a non-violent departure and publicly asks the president to respect the results of the vote.

The Republican commander-in-chief doesn’t merely respect the vote. Recognizing that California’s departure will ensure an America dominated by conservatives, he seeks to encourage Californians to leave the Union. He announces a new conservative agenda that is anathema to California. And he makes it plain that if Californians vote to remain in the Union, the state will be put, at least temporarily, under military rule.

Given a choice between freedom or occupation, Californians vote by more than two-thirds to leave the Union. Soon Oregon and Washington join us. The new American Pacific Republic is demilitarized; the U.S. provides defense and military protection in return for an “open market” agreement on trade and technology.

French thinks Americans can prevent such a split of their country by embracing tolerance and pluralism. He defends “the rights of communities and associations to govern themselves according to their values and their beliefs—as long as they don’t violate the fundamental rights of their dissenting members.”

Despite his conservative views, he argues, in the name of national unity, for letting progressives in states like California have much more power to go their own way. As an example, he suggests the federal government allow the Golden State to enact its own single-payer health system as an experiment.

If Americans don’t agree to disagree, and live by pluralism, the results will be bad not just for the country, but for the world, French argues. With the U.S. distracted by its own breakup, French suggests in his scenarios, China could easily seize Taiwan, Russia could reclaim much of Eastern Europe, and presumably other secessionist movements around the globe would be emboldened, creating new conflicts.

That’s a sobering analysis. But by this Californian’s lights, the final results of French’s Calexit scenario don’t sound so bad. With New England states also forming their own democratic alliance, the three American nations, along with Canada and Mexico, form one common North American economic union. Tens of millions of Americans relocate to nations that are more aligned with their culture and ideological preferences.

And while America is less of a force in the world, Californians, and the people in America’s three very different nations, seem happier.