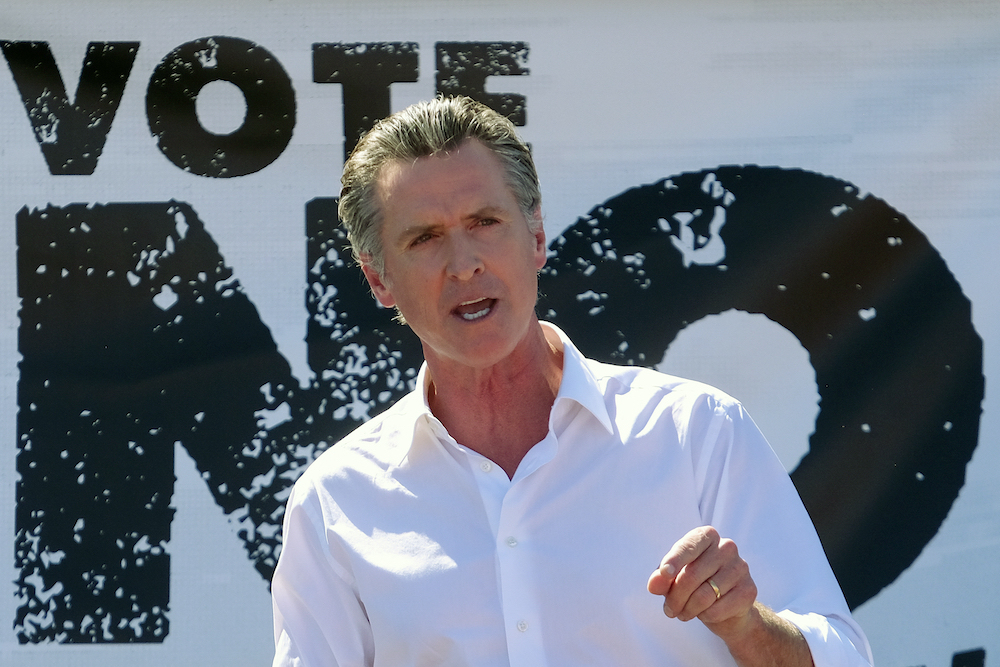 This is the speech Gov. Gavin Newsom should have given during the recall campaign, but didn’t.

I know a lot of you think this recall is pretty strange. But you don’t have to go far to find a recall that’s even stranger.

When I first heard about López Obrador’s self-recall, I laughed. Then I asked myself: What constitutes a victory when you seek to recall yourself? Are you a winner when your self-recall succeeds and you are forced out? Or are you a winner when the people vote down your recall because they insist you remain in office?

That’s when it hit me: A self-recall is the ultimate win-win (which is why the Mexican president’s political opponents want to deny him a vote that might make himself look selfless and democratic). So why didn’t I—or at least my expensive team of political consultants—think of this self-recall thing first?

In retrospect, my biggest campaign mistake may have been resisting the recall so forcefully. By calling it a massive threat to California, I tapped into fear, not hope. I made the recall seem bigger, and that made it more real. And I made it about me—a big mistake, because I’m not always an easy guy to like.

Instead, I should have welcomed the recall, and what it says about the struggles of this state and its people.

The harshest punishment you could give me would be to keep me in this crazy job, and to force me to keep governing an ungovernable state and to keep presiding over a California apocalypse that never ends.

Of course, I would have had to point out that the recall petition’s sponsors were weird Trumpers who hate my policies of supporting immigrants, the poor, and people caught up in the criminal justice system.

But I should have emphasized that I’m a huge believer in democracy and the right of the people to choose their own leaders.

The pandemic, and the escalating crises in California, from homelessness to fire, are huge. They’re causing people an unprecedented level of pain. More than 65,000 Californians are dead of COVID. School closures have done long-term damage to our children. Businesses and jobs have been lost. Whole towns, plus thousands of homes and other buildings, have been reduced to ashes.

I’ve done my best to respond in big, creative ways. I’m proud of most of what I’ve done, and when I’ve screwed up, I’ve tried to fix my mistakes. But I understand if others feel new leadership is required. My fellow Californians are my boss, and have the right to make a change. So, I welcome the recall vote and the public’s verdict on whether I’m the guy you want to move the state forward.

Honestly, if I had to do it again, I would have embraced the recall right after the French Laundry news broke. Perhaps that would have robbed it of the momentum it needed to qualify for the ballot, or to make the campaign as close as it’s been.

Perhaps it would have been enough if I had said: I take the blame for all the state’s problems. Now let’s focus on solving them. Instead, I’ve added to the political conflict that is making it so hard to convince people across the spectrum to come together to address all the crises we face.

It’s been a mistake to respond to the recall primarily by attacking the motives of those who support it. The more than 1.5 million Californians who signed petitions are not all Trumpers acting in bad faith. They are our neighbors, and we need them now—as partners in ending the pandemic.

I also regret discouraging any of my fellow Democrats from running to succeed me. I love California, and this state’s success means more to me than my own career, which is why I should have recruited a candidate of my own to run as my replacement. I should have given my supporters a clear choice on the second question on the ballot, and that should have been the person I would most trust to lead this state, if the majority of voters no longer want me doing the job.

My messaging—around the recall and the contest to replace me—has helped poison this election, making it more challenging to achieve the higher turnout I need to keep the governorship. When you tell people an election is an illegitimate trick, it’s harder to get them to vote in it.

Let me close with one argument for voting no, and keeping me in office, that you probably haven’t heard. But it’s the one that touches my own lived reality.

The truth is that my own personal life will be better if I get recalled. I could give up the endless headaches of dealing with California’s many crises, and go back to my fabulous home and loving family (who will no longer get criticized for their every masked or unmasked move). I’ll have no shortage of opportunities to make even more money in various business ventures across this state. If I am recalled by a tiny margin, and my replacement is ineffective and unpopular, I could attempt a political comeback—perhaps even in next year’s gubernatorial election.

I understand that many of you want to punish me. So, if that’s your goal, recalling me isn’t the best way to do it. The harshest punishment you could give me would be to keep me in this crazy job, and to force me to keep governing an ungovernable state and to keep presiding over a California apocalypse that never ends.