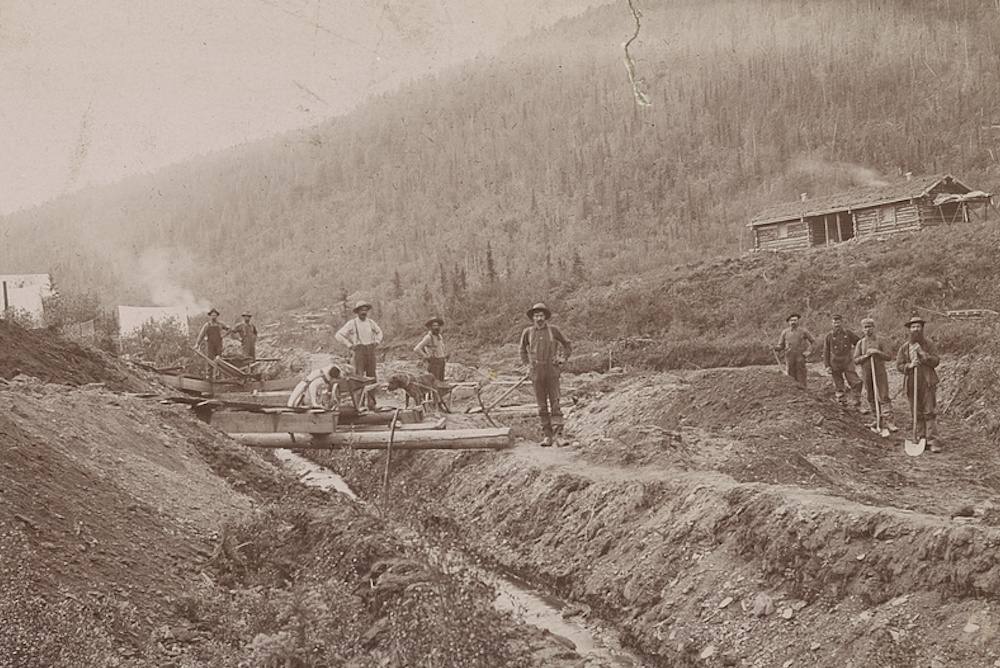 America, you’ve got the dates wrong.

Your intense debate over which year marks the real beginning of the United States—1619 (slavery’s arrival) or 1776 (Declaration of Independence)—has become predictably polarizing. You might even say that this argument over how to understand our history, repeated ad nauseam in school board meetings and on cable TV, has come to resemble what this nation was like before California entered the Union:

If we want to find a compelling origin story for the country in which we actually live, then it makes little sense to center the early human horrors of the tiny, pre-industrial 17th-century Virginia colony, or to elevate the propagandistic pretensions of 18th-century white men starting a country with a population as big as today’s Riverside County.

For all the differences between partisans of 1619 (progressives who see America as entirely founded on slavery) and 1776 (conservatives touting the whitewashed nonsense that America was founded on freedom), they share a common and still socially acceptable prejudice: East Coast bias.

Much like a party that only truly starts when the coolest kid saunters in, today’s United States—antically ambitious, deliriously diverse, violently war-mongering, maniacally money-grubbing, and kaleidoscopically cruel—did not really get rolling until California arrived in 1848.

To close this culture war battle, the nation must look West toward reality. Much like a party that only truly starts when the coolest kid saunters in, today’s United States—antically ambitious, deliriously diverse, violently war-mongering, maniacally money-grubbing, and kaleidoscopically cruel—did not really get rolling until California arrived in 1848.

If we’re going to have a new historical curriculum built around just 365 (or 366) days, 1848, that year of revolutions around the world, is the obvious choice. Two 1848 events—California’s Gold Rush and the Treaty of Guadalupe Hidalgo—together constituted an undeclared revolution, essentially re-founding the United States with different peoples, different borders, and far different aspirations.

James Marshall’s discovery of gold at Sutter’s Mill brought people to California from every corner of the world, including a huge, unprecedented influx from Asia. The Gold Rush arrivals were not drab and pious Puritans, seeking religious freedom. They were a motley and largely unrefined lot, fleeing jailers and bad debts in search of fortunes, which they rarely found. What they would find were new debts, in a United States that their descendants would help turn into the world’s largest debtor nation.

The Gold Rush, wrote the historian H.W. Brands, was “one of those rare moments that divide human existence into before and after.” Among the things it changed was the scale and speed of American ambition, lighting a fire in the belly of a slow and dull country.

While “the old American dream…was the dream of the Puritans, of Benjamin Franklin’s Poor Richard, of Thomas Jefferson’s yeoman farmers: of men and women content to accumulate their modest fortunes a little at a time, year by year by year,” Brands wrote in The Age of Gold, “the new dream was the dream of instant wealth, won in a twinkling by audacity and good luck.”

California would help redefine the reality and perception of the American character—as impatient, intemperate, volatile. “Changes of public sentiment are sudden and violent,” Lord James Bryce, the British political scientist, and student of the U.S., would write in his classic The American Commonwealth. “The most active minds are too much absorbed in great business enterprises to tend to politics; the inferior men are frequently reckless and irresponsible; the masses are impatient, accustomed to blame everything and everybody but themselves for the slow approach of the millennium, ready to try instant, even if perilous, remedies for a present evil.”

The Gold Rush also ushered in a bigger and more brutal economy. Gold mining, by requiring more capital and mechanization, hastened the arrival of the Industrial Age, and the rise of the larger banks and financial institutions that rule us to this day. It spurred entrepreneurial efforts in food and clothing (like Levi Strauss’s blue jeans), created demand for new transportation networks, and established a working class of wage laborers. In Europe, a writer named Karl Marx, having just released a manifesto in 1848, made notes on California’s creation of a “new stage of development” and began work on Das Kapital.

The second great event of 1848—the signing of the Treaty of Guadalupe Hidalgo, between Mexico and the U.S.—reinforced the seismic shifts of the Gold Rush with a change in borders. The U.S. expanded its territory by one-third, for just $15 million. California, New Mexico, Nevada, and parts of Arizona, Utah, Wyoming, and Colorado entered the union. The treaty, which ended the Mexican-American War, also made legal the 1845 annexation of Texas, which would become the only American state with credible pretensions as a California rival.

This land grab, one of the largest in world history, all but negated the country’s founding fairy tale of underdog colonists pursuing righteous revolution to overthrow the tyranny of big, bad Britain. The treaty also established a pattern of expansion by bullying and militarism. It was an unjust ending to what Ulysses S. Grant called “the most unjust war ever waged against a weaker nation by a stronger.”

That sin, and the expansion it enabled, launched a new era of American horrors. Many of these undergird our society today, but we don’t think nearly enough about this context. One irony of the deeply pessimistic 1619 Project is that, by focusing so extensively, on slavery and the African American experience, it lets the nation off the hook for the full scope of its awfulness.

The conquest of the West, and the settler ambitions inspired by gold, accelerated the extermination of the continent’s indigenous population. Historians have recognized official slaughter of California’s Indian population—which dropped from 150,000 in the 1840s to 30,000 by 1873—as a genocide. The Gold Rush began a wave of Chinese immigration and a new American method of discrimination: exclusion. This era also saw the U.S. turn Mexican Americans, whose citizenship had been guaranteed by the treaty, into a lower caste. And this was the beginning of California inventing rationales as diverse as its people to justify their imprisonment, en masse.

California’s defenders have long pointed to its ban against slavery in its 1850 constitution, 15 years before the United States prohibited slavery in 1865. But many of the American horrors invented in 19th-century California have never gone away. Mass incarceration remains a fact of life. The powerful and lawless police and sheriff’s departments that originated in 19th-century California still do violence, often with impunity, to people of color. Violence and hatred against people of Asian heritage is on the rise again. The Southern border is still militarized, and is still used as an excuse to deny the rights of mobility and citizenship to migrants and their loved ones. And wage slavery is as 21st-century as an Inland Empire logistics warehouse.

Contemporary politics, which has come to obsess the country, is also rooted in 1848. California and Texas are, of course, the two giants that determine much of what passes for governance in the U.S. these days. They also represent the giant industries—technology and energy—that both empower and threaten human civilization.

In 1619, this wasn’t even a country. In 1776, we were inventing a myth, rather than a nation. 1848 was the year that the United States became an oversized monster—the land that we love, and love to hate.