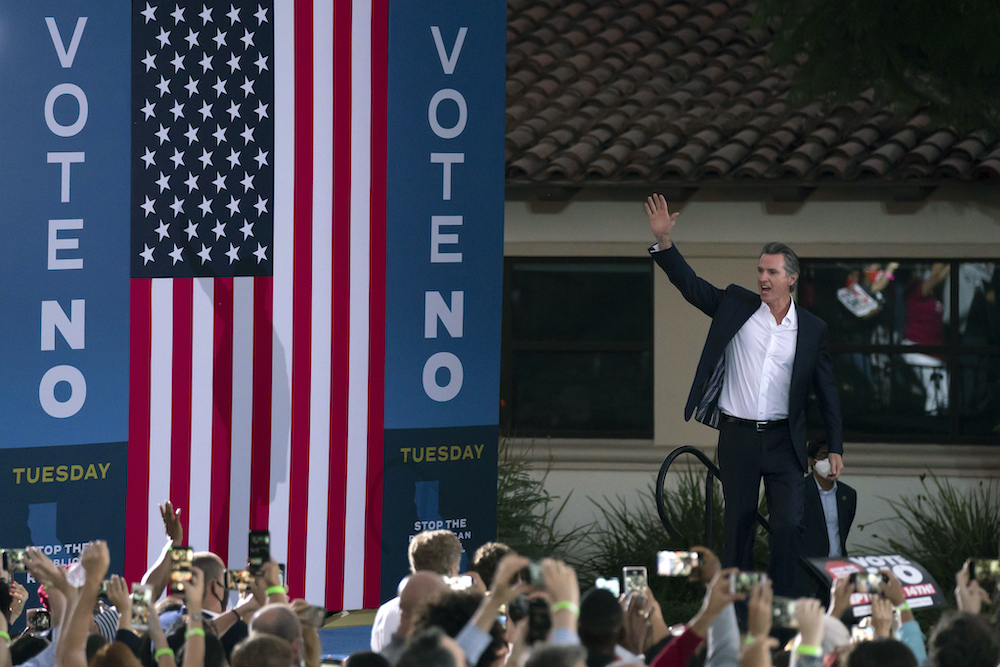 It’s hard to think of a better bargain in our high-cost state than the failed recall election against Gov. Gavin Newsom. At an estimated cost of $276 million—less than $7 per Californian—our state got a months-long democratic exercise that inspired dramatic new public investments, improved the governor’s performance, and may even save lives.

Maddeningly, many Californians who claim to be defenders of democracy persist in calling this democratic triumph an expensive waste of money. (Some of these thoughtless critics even have the gall to call themselves Democrats.) If they don’t want to look like hypocrites, they should stop complaining, reconsider this election’s math, and reflect more deeply on the price of democracy.

Let’s start with the number: $276 million is almost nothing in a state California’s size. That figure represents less than 1 percent of the current budget surplus, and about one-tenth of 1 percent of the overall state budget. To put it in another context, the election cost $100 million less than baseball’s Los Angeles Dodgers are paying their right fielder.

Media commentators have spent the past two weeks claiming, falsely, that the recall took $300 million away from schools or healthcare or homelessness. The truth is the exact opposite. The recall helped increase funding for those core government services to historic heights—in part because of the pressure the election put on our state’s ruling Democrats as they negotiated a budget this summer.

And let me blunt: If legislators and the governor had had another $300 million, it’s quite possible they would have blown it on a giveaway to their own political backers. In fact, that’s precisely what happened in July, when some of the same Democratic politicians questioning the recall’s cost spent $330 million to double the size of an unnecessary and ineffective tax credit for wealthy Hollywood producers.

Those same politicians could have reduced the cost of the recall by $60 million if they hadn’t insisted on moving the election date up to September 14 to give Newsom a political advantage.

But let’s not get too upset about that bit of hypocrisy, because even with the additional cost, the recall was worth it.

Spending more on elections has never made more sense than it does right now. California’s election system is in the midst of a historic transition to make voting easier. New practices, like opening vote centers for weeks before elections and sending everyone a mail-in ballot, are so far a success, with turnout up. But this progress is fragile because of a rising wave of disinformation attacking elections and democracy. The people who run our elections—county officials and volunteers—are facing harassment and threats because they do their jobs honestly.

Spending more on elections has never made more sense than it does right now.

More than 80 percent of the $276 million cost of the recall is going to those same county election officials—who, in running the recall election, get to reinforce new election infrastructure, find new ways to bring out voters, and take measures to protect themselves and their elections against threats. The rest of the money (more than $30 million) is used by the state to do things like print and distribute voter guides in the different languages that Californians speak.

Think of the recall’s cost as money spent on infrastructure—democratic infrastructure. And instead of complaining about it, think of how much more we could invest in it. If we’re serious about saving democracy, we should create funding for every California municipality to have a robust office to support public participation and civic engagement, as foreign cities often do. We also should raise and stabilize election funding, hire more public workers to help hard-to-reach people participate and vote, and provide more public financing for campaigns, with an emphasis on supporting greater information and debate on ballot measures.

Just look at the dramatic transformation of our governor, who was flailing and unfocused—until it became clear the recall would qualify. Then, Newsom made personnel changes in his team, and curbed his bad habit of creating working groups or commissions or task forces to address tricky problems rather than managing them himself. (The nadir of Newsomian delegation was a “task force” to study…pause for a breath…oxygen in late 2020, instead of simply getting more to hospitals.)

Facing recall, Newsom started taking big, direct actions—and never stopped. After keeping kids out of classrooms for too long, he pressured to force schools to reopen. He replaced a miserly offer of loans to struggling businesses with a system of generous grants. He junked the confusing COVID-19 colored-tier system and reopened the state in June.

If this sounds like cheerleading, well, Newsom saved that too, reversing a ban that initially kept cheerleaders off the sidelines after high school sports reopened.

The hip-hip-hoorays didn’t stop there. Newsom reversed himself and moved aggressively to shut down homeless encampments. And his recall year budget made too many historic investments—from health coverage to college affordability—to list here. To pick just one: after 25 years of California politicians promising and failing to deliver universal preschool, Newsom’s recall budget plan actually provides for a full year of transitional kindergarten for all 4-year-olds.

When you understand this context, Newsom’s landslide victory does not mean that the election was unnecessary. To the contrary, his win shows the recall’s value. The election affirmed the governor’s big impactful acts of governance, and set the stage for more aggressive action, especially around the pandemic. Newsom framed the election in part as a choice about pushing hard for more vaccinations—meaning this recall will almost certainly save lives.

Now, we Californians just have to keep Newsom—who is prone to distraction and flights of fancy—disciplined, vulnerable, and on edge. He has been more effective in 2021 as his public personality grows saltier, angrier, and wounded.

And if Newsom gets complacent after being re-elected next year, perhaps some civic-minded Californian can qualify another recall to improve the governor’s focus—and give us another opportunity to spend $300 million on our democracy.