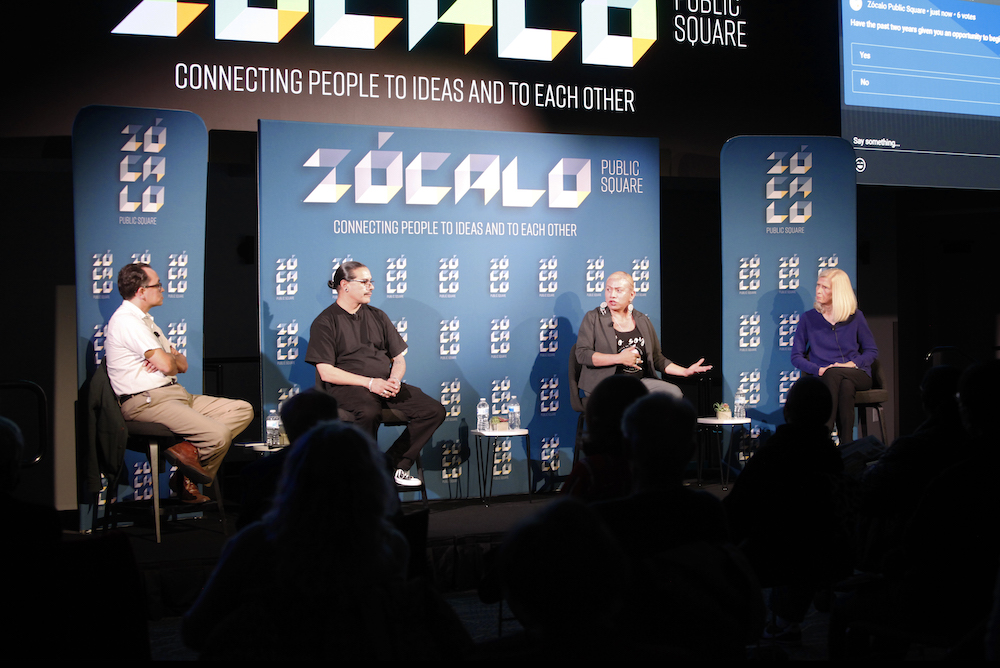 At the beginning of last night’s Zócalo event, “How Do We Begin Again?,” moderator Gustavo Arellano asked everyone watching live at the ASU California Center at the Herald Examiner and online to close their eyes and think about somebody they’d lost in the last two years.

The author and Los Angeles Times columnist shared that the person in his own thoughts was a man he’d profiled but never had a chance to meet, Father Francisco Valdovino. The beloved priest of Our Lady of Guadalupe Church in Mecca, California, spent all of 2020 protecting his community from the pandemic before he died of COVID at age 58.

It was a fitting kick-off to the conversation—the first convened in Zócalo’s new home on Broadway in the heart of Los Angeles—which invited panelists to reflect on adaptation, survival, and resilience.

So, what does it really mean to begin again?

It all depends on the context, said Boyle Heights artist Fabian Debora. The co-founder and executive director of Homeboy Art Academy, which serves formerly gang-involved and previously incarcerated people, said that stopping and starting again wasn’t an option for the especially vulnerable folks he works with, who are trying to reenter their communities.  Beginning again, he said, means learning to adapt within these challenging circumstances. But it’s important to remember that new beginnings don’t require new answers. Instead, he said, he turns to the past to remember and reflect on cultural knowledge that’s been handed down over the generations. “That’s where we find the medicine in order to continue to move toward the healing element that is greatly needed,” Debora said.

Bamby Salcedo, the CEO and president of the Los Angeles-based TransLatin@ Coalition, a national organization that supports transgender Latin@s, explained that the question is synonymous with the trans experience. “Every day is a rebirth,” she said of members of her community. This cycle of renewal is a form of freedom—but it is also tied to violence, especially for trans people of color. More than 45 members of the U.S. trans community were killed in 2021, “a record number of murders,” she said. “We walk with targets on our back.”

Psychologist Annette L. Stanton brought the conversation back to how Arellano began it, with acknowledgments. Through her work studying stress and coping in people dealing with cancer, the UCLA distinguished professor and department chair has observed that many people who successfully finish treatments such as chemotherapy or surgery often go through a phase where they struggle to celebrate that they’re well again. The difficult work is “not done when you finish treatment. Just like it’s not going to be done when we ‘finish’ a pandemic, or a racial reckoning, or trauma,” said Stanton. But by acknowledging where we’ve been, said Stanton, we can begin to move forward all the same.

Arellano then asked the panelists to reflect on how the communities they work with have taught them new lessons on beginning again.

People with cancer remind us to focus on the important things in life, said Stanton. “If I’m not doing what’s most meaningful to me, if I’m not doing what brings me joy, if I need to change something in my life—I better do it now,” she said. “Because cancer hits you in the face with, well, how long am I going to be here?”

Salcedo offered inspiration from a TransLatin@ Coalition member who just reached the milestone of being 90 days out of prison after a 24-year sentence. “We can learn from trans people that we are just who we are, but we’re able to accomplish amazing things if we are provided the opportunity,” Salcedo said.

Debora agreed. “I am a true testament of what giving an opportunity and an investment can look like,” said Debora, a former gang member himself. “Today I’m a leader in my community, and I’ve impacted many lives.”

How are you going to begin again in 2022, Arellano asked the three panelists.

“I’m going to amplify and take on this opportunity to continue to invite folks to help us to create that equity and that access and those resources that are needed to help us reach that bigger picture, whatever that looks like,” said Debora.

Salcedo shared the end-of-year ritual she’s been doing for decades. For the last two weeks of the year, she secludes herself to write, reflect, heal, and use the time for spiritual growth and renewal. During this time she makes sure to clean—“I believe in new blessings, but I need to open space for new blessings”—and create a vision board. This year, she also will be thinking about finding and building TransLatin@ Coalition’s new home, something she invited the audience to help with. And finally, she said, she makes sure to make time to pamper herself by taking a bath with freshly cut flowers: “So I welcome the new year refreshed.”

Turning to audience questions, the panelists tackled questions from how community colleges can create new beginnings (Debora called on them to hire more formerly incarcerated people to teach) to what advice they have for aspiring elected officials in Los Angeles’ upcoming midterms elections (Salcedo was blunt: “Stop the bullshit”). They also reflected on the significance of care for beginning again.

“You can only give what you get,” said Debora, who fielded the question. To break harmful cycles, practicing self-care is key. “As a leader, I get called and pulled in many directions, but I’ve got to take care of my backyard first so that that doesn’t contribute to what I’m fighting against.” 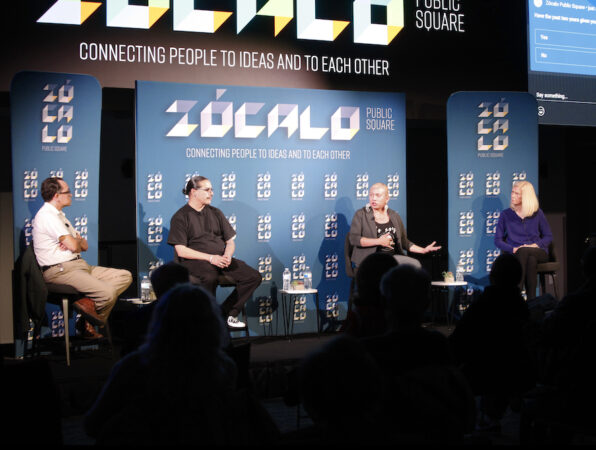 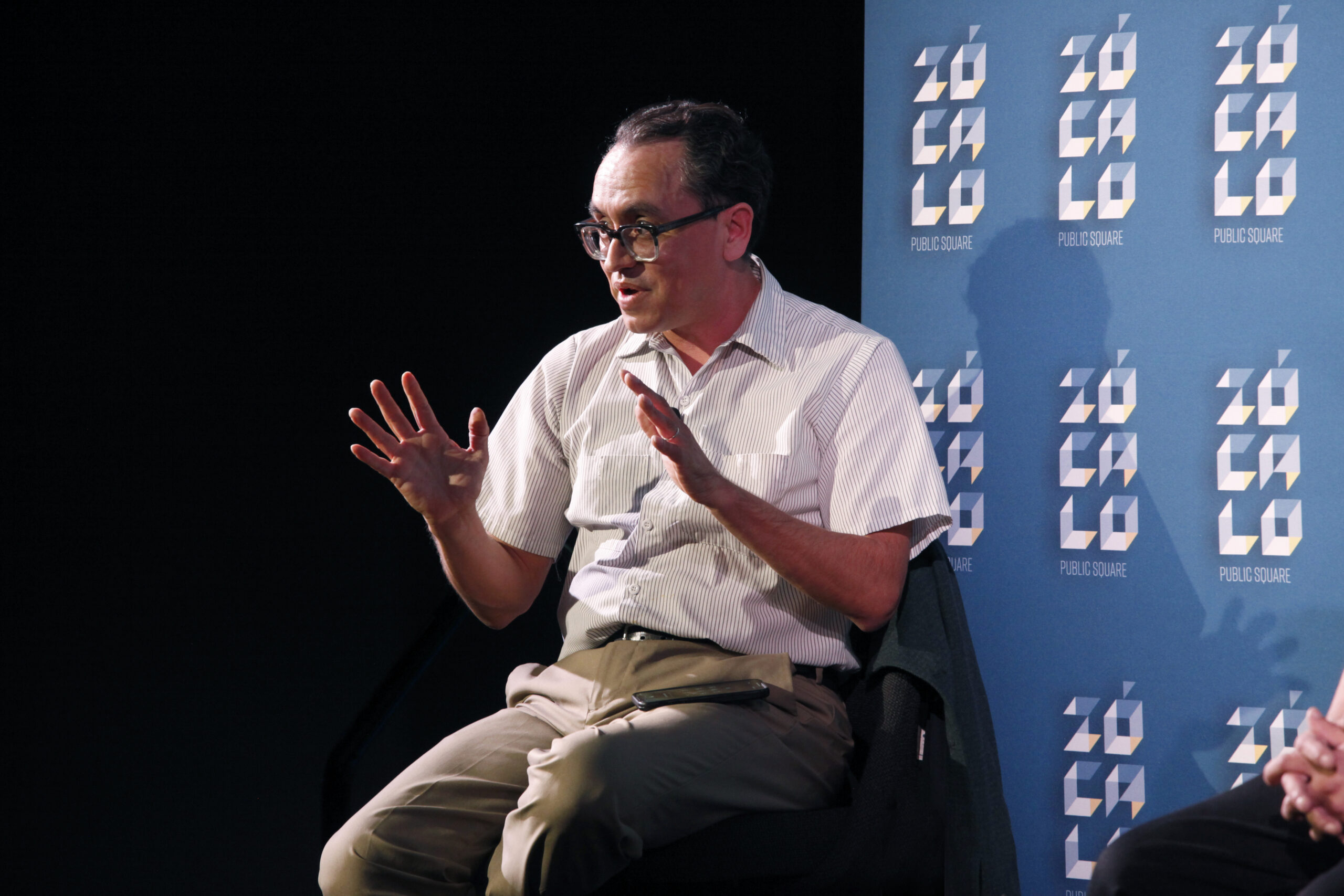 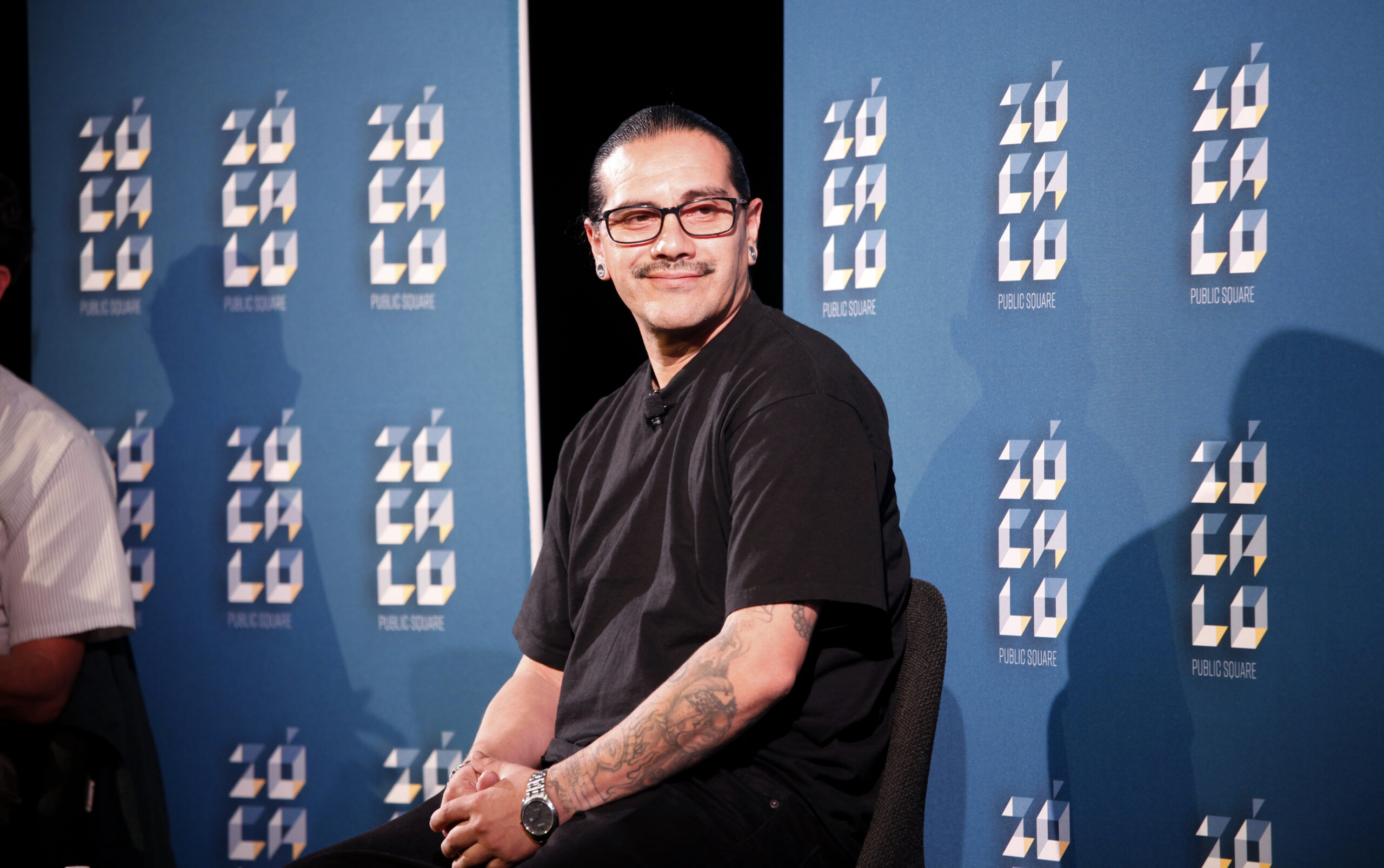 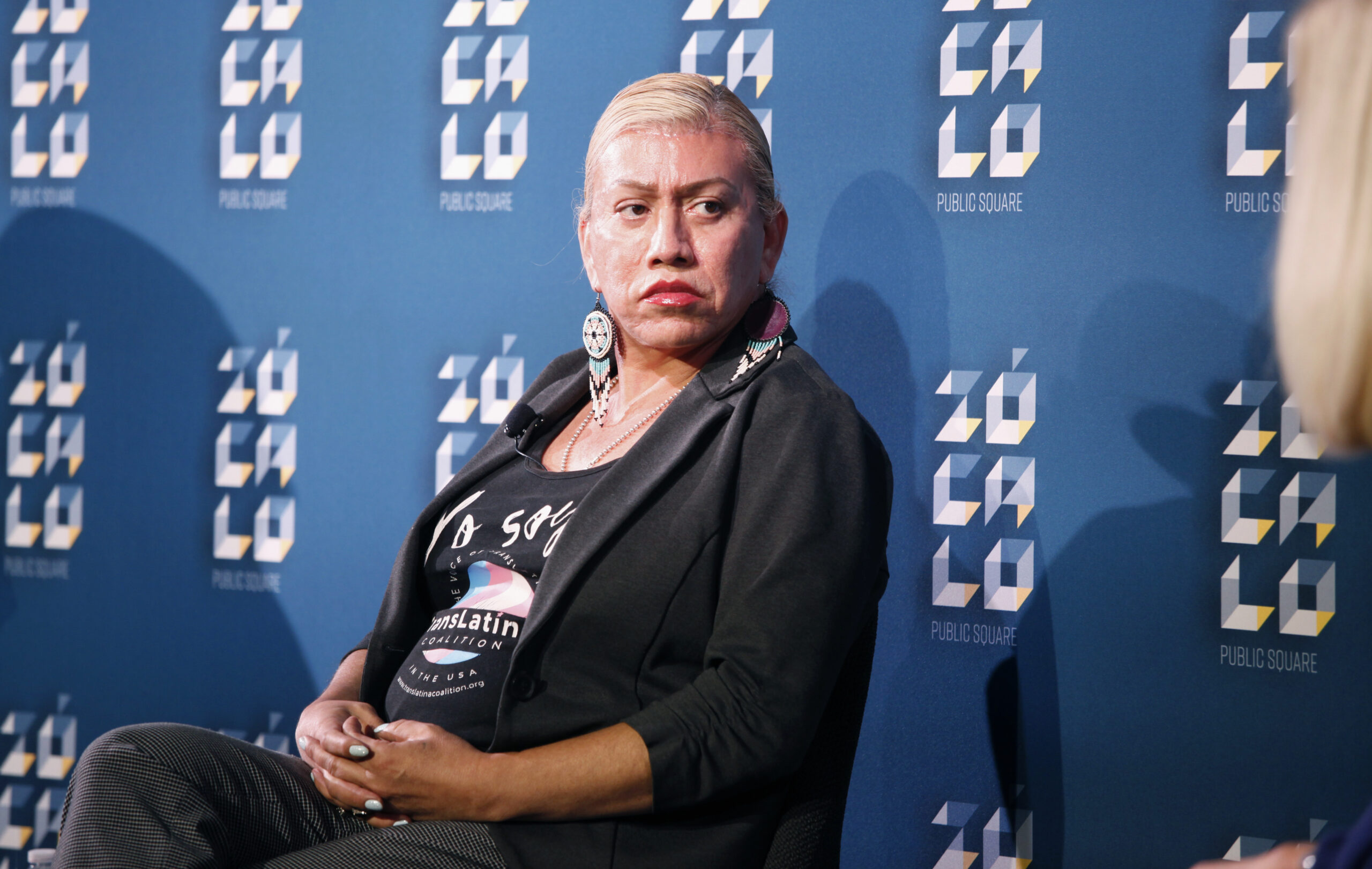 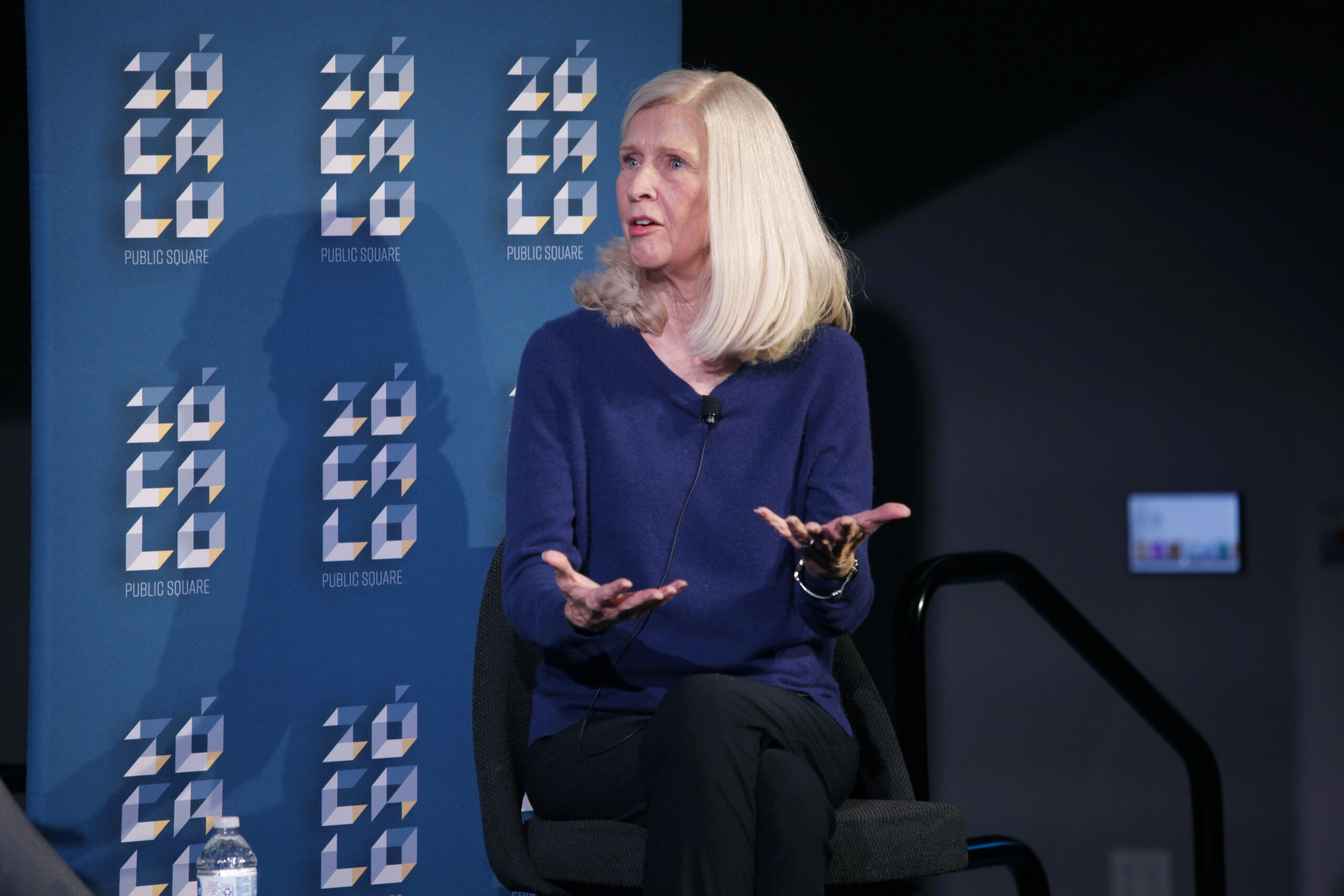 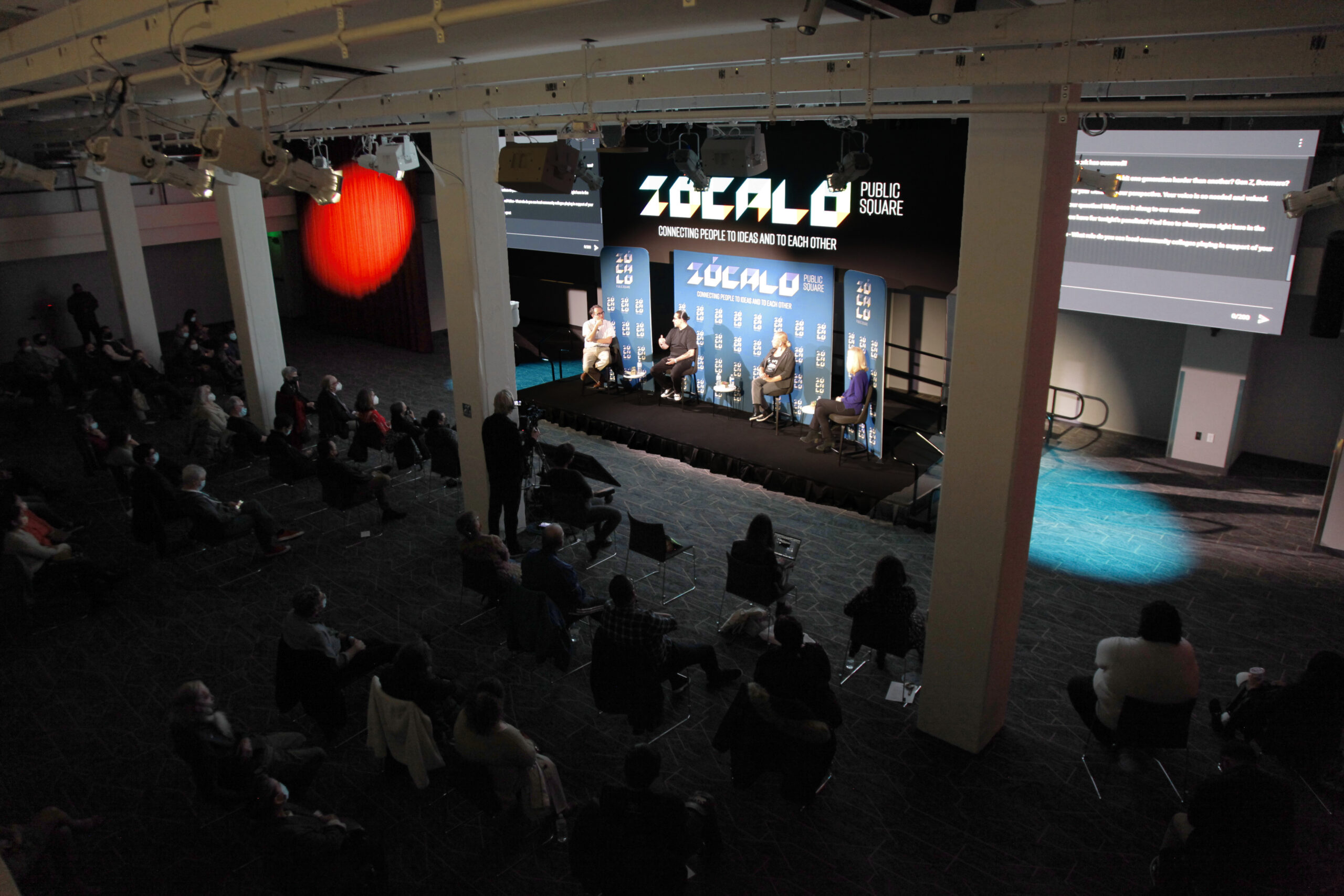 Check out our new digs at ASU California Center at the Herald Examiner! 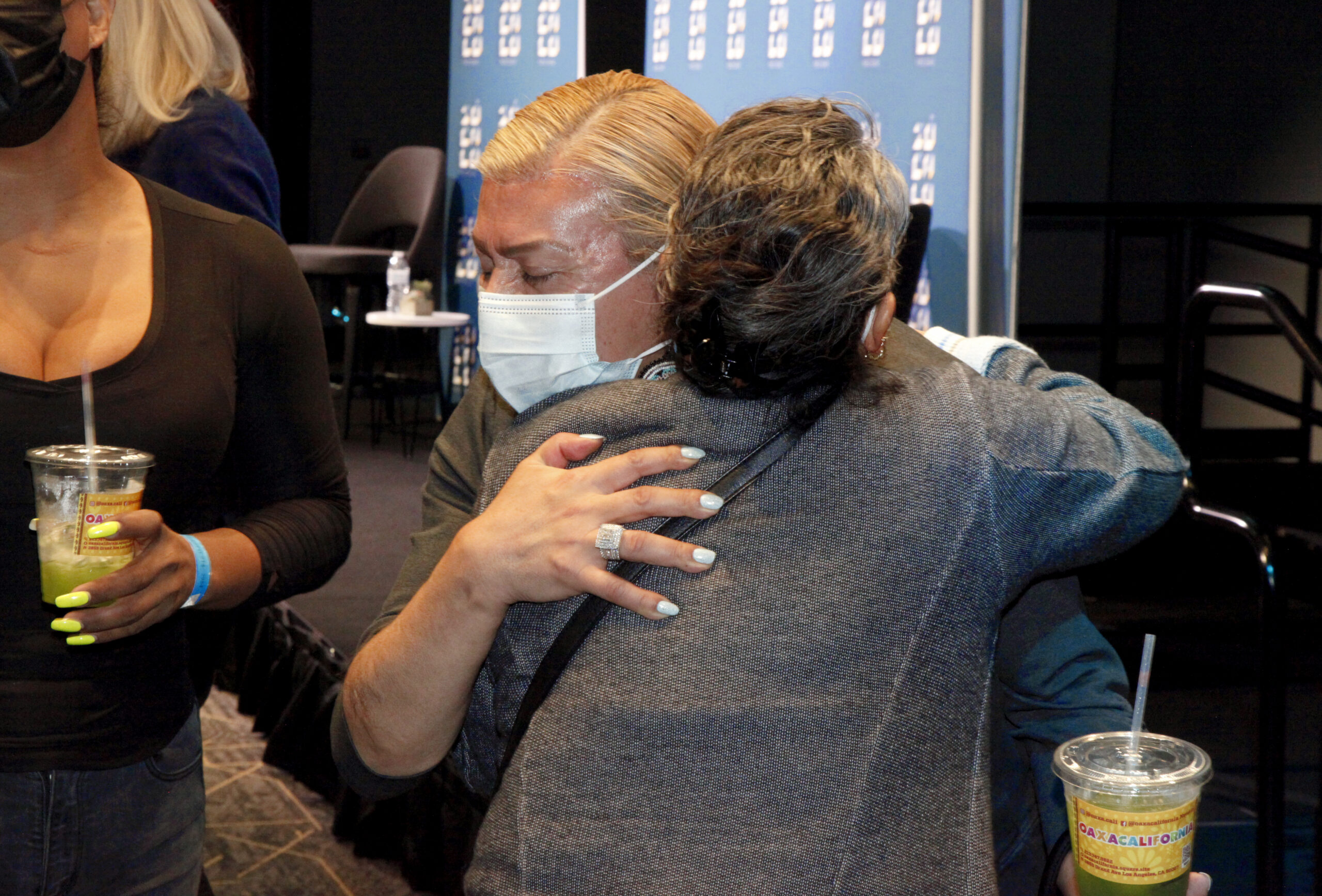