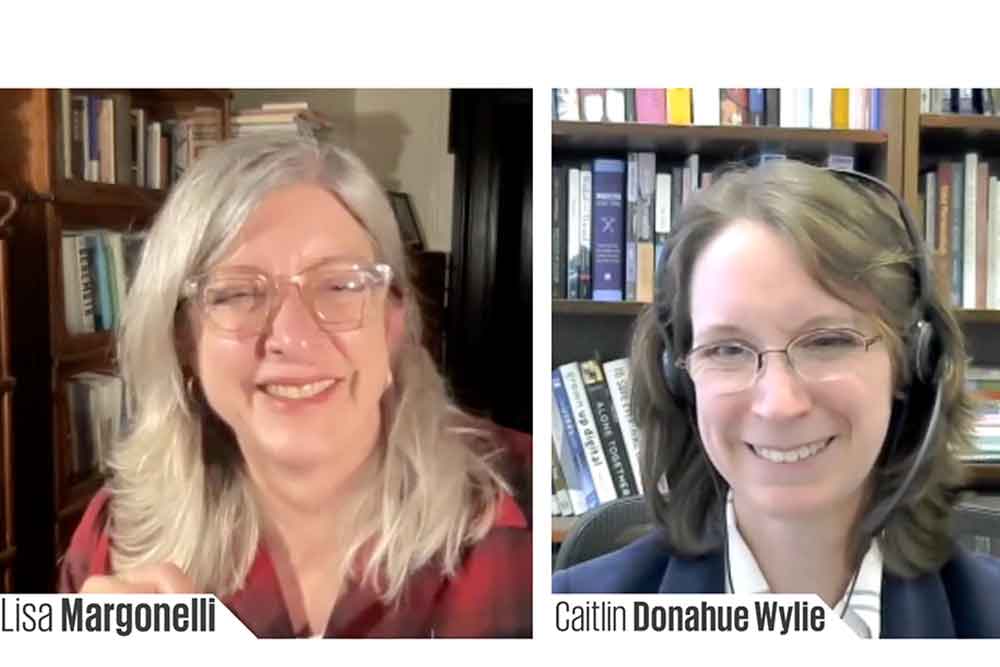 Issues in Science and Technology editor-in-chief Lisa Margonelli (left) is joined by social scientist Caitlin Donahue Wylie (right) to discuss her research on fossil preparators at a Zócalo event.

How do colossal Tyrannosaurus rex and Triceratops fossils get from the ground to the natural history museum? And could that process—which involves not just paleontologists but a largely uncredited group of staff and volunteer fossil preparators—have the power to make science more transparent, trusted, inclusive, and effective? These are two of the questions tackled by University of Virginia social scientist Caitlin Donahue Wylie at yesterday’s Zócalo/Issues in Science and Technology event, titled “Can Dinosaur Fossils Make Science More Accessible?”

“We all know how incredible the fossils are, but the work behind [them] is just as interesting, maybe more so,” Wylie said, kicking off the conversation with Issues editor-in-chief Lisa Margonelli.

Margonelli asked Wylie to take the audience through the fossil preparation process. It’s something Wylie knows firsthand: As a high school student, she volunteered as a fossil preparator at a University of Chicago lab and was later hired into that role as an undergraduate.

Preparators are not trained in science and do not have Ph.D.s, but they develop invaluable expertise on the job, she told Margonelli. When a fossil arrives at the lab encased in rock, preparators must carefully open the specimen with power tools and then identify the mineralized bone amidst the rock. “It’s easy for them,” Wylie continued, “and very challenging for the rest of us.” Fossil preparators call this recognition “the eye”; the entire process, she said, is a “sensory experience” that requires a nuanced knowledge of textures and colors, and the ability to repair fragile bone particles.

“I was watching these technicians do these incredible tasks, and yet they weren’t authors on the papers,” she recalled of her early time in the lab with preparators. “They were sort of treated as support staff. I found that really confusing.”

Wylie went on to volunteer in the preparation lab at the Natural History Museum in London, where she had to “relearn how to prepare a fossil” according to U.K. techniques and philosophies. Twenty years later, this experience inspired the research behind her recent book, Preparing Dinosaurs: The Work Behind the Scenes, and a new essay for Issues, “How can we not record these very different ways of preparing specimens in scientific papers?” she said. “Scientists think that fossil preparation is irrelevant to their knowledge claim. They don’t seem to recognize that different techniques matter for their work.”

Having trust between preparators and scientists as well as with the public is crucial to creating better science research.

That’s in part because of the rigid academic hierarchy in fossil preparation labs. Fossil preparators are not cited in papers, and paleontology publications have no methods section indicating how specimens are prepared. The scientists get author credits and bring in the grants that fund the lab and staff preparators. The preparators “see themselves as working for the sake of the fossil,” said Wylie. “They are the protectors of these specimens.” Preparators feel they have autonomy over the techniques they use—what sociologists call “craft control”—and can oppose scientists, for example, if they think a bone needs more time in preparation to become more stable. Scientists themselves typically don’t intervene in decisions over fossil preparation technique because “they think it too low status,” said Wylie.

“I started this project thinking I was going to liberate fossil preparators—that they were unrecognized, oppressed, marginalized, proletariat—and that I was going to come along and show the world how amazing they are and that they deserve authorship,” she recalled of her research. Wylie interviewed workers, spent time at social events, and attended institutional meetings at a number of different paleontology labs in museums and universities. She was surprised to find that preparators feel they do have power in the lab, and they don’t care about author credits or degrees.

Despite the tensions and hierarchies in these labs, Wylie found moments of connection, as well, including one lab where preparators throw “chili Thursdays.” Lured in by the wafting smells of chili from the slow cooker, preparators, scientists, museum administrators, collection managers, students, and volunteers all cram into a dinosaur lab surrounded by fossils. “It was an awesome image of who really does science,” Wylie said.

By contrast, science writ large can feel like a closed-door sphere of knowledge production, where multiple key cards are needed to gain access to where it “happens.” Margonelli asked Wylie how fossil preparation can help break down and challenge our ideas of what science is, where it occurs, and who does it.

Wylie noted that both staff and volunteer preparators do not consider themselves scientists—but they see their work as “making science possible.” The traditional pipeline of getting students involved in science research starts early, “and yet, we lose people all along the way,” Wylie said. “Most of those people are women, people of color, first-generation college students.” She argued that recognizing work like fossil preparation, which doesn’t require a Ph.D., as science would help make science more inclusive and, eventually, more effective for everyone. “Science needs us”—people from all backgrounds—“to contribute, otherwise they’re going to get really narrow results that don’t matter in the world,” she said.

Fossil preparation can be seen as one form of citizen science, which also includes people who test the air quality in their backyards and report it to the Environmental Protection Agency and others who collect data on birds in their region. This type of work can help challenge the traditional notion of scientific research as exclusive, and help empower citizens to advocate for themselves, said Wylie. Many preparator labs in museums have glass walls that allow visitors to look into the workspaces. This, too, Wylie said, can “show science is human work. It’s everyday work. Not some sort of magical thing behind closed doors.”

“Fossil preparators act as mediators between scientists and the public,” Wylie said in response to an audience question submitted via YouTube chat. Because their work is put on display at some museums, many fossil preparators translate the scientific work being done in labs not only to each other but also to visitors. Wylie believes their dual roles as research contributors with a foot in the more public world could be replicated in other fields. “Transparency is trust,” she said. Having trust between preparators and scientists as well as with the public is crucial to creating better science research.

As the discussion came to a close, Margonelli asked Wylie to articulate her vision of science. “My goal,” Wylie responded, “isn’t to make every person a scientist, but rather for us all to understand what science is in practice. So that we can trust it, so that we’re not afraid of it, so that we’re willing to engage with it, and help make it better.” 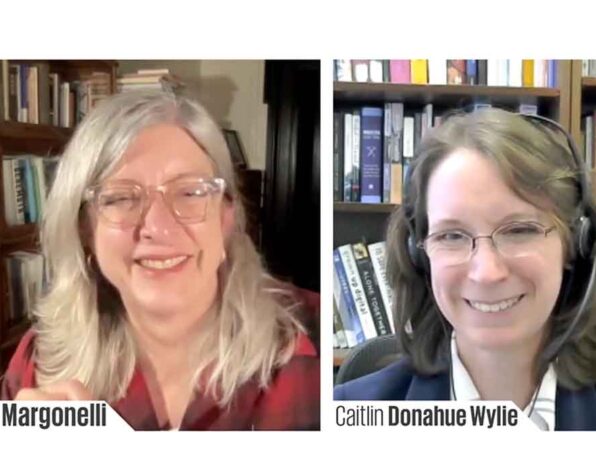 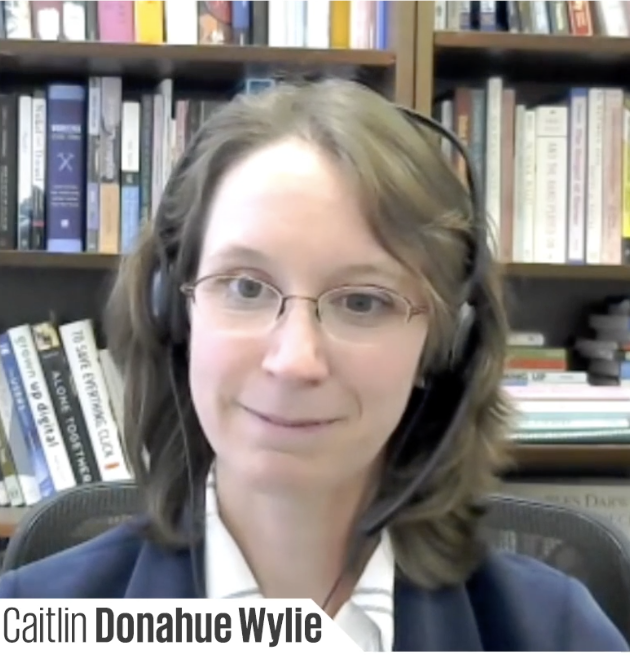 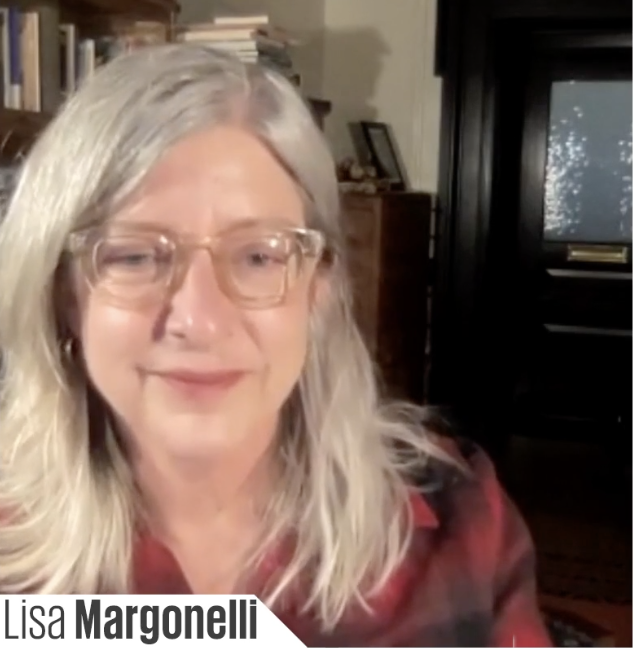 IN THE GREEN ROOM INTERVIEW