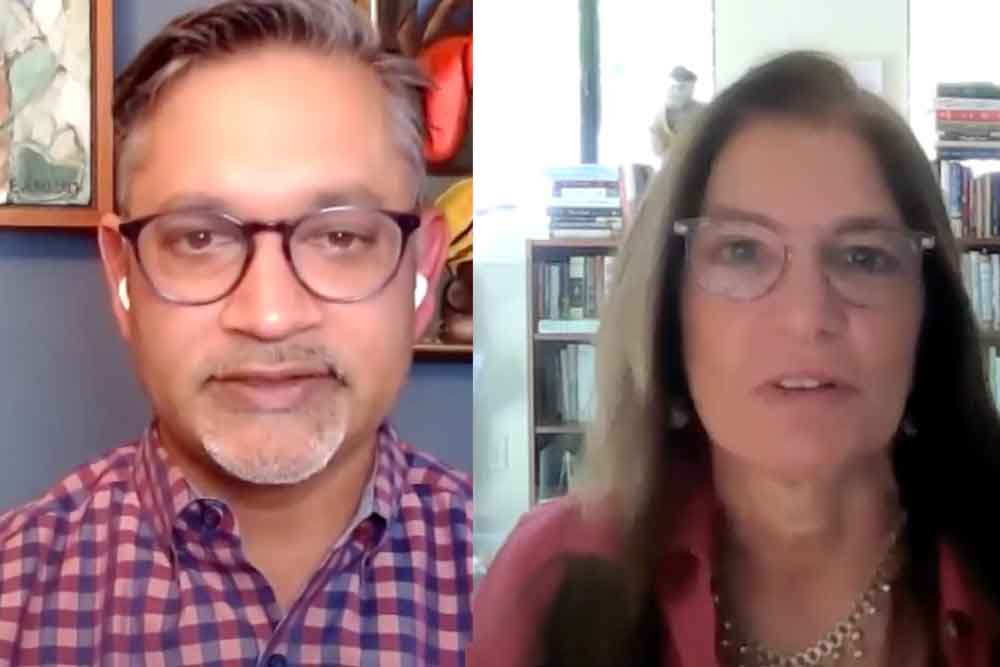 The Zócalo event “Could Immigration Unite Americans?” comes at a time when much of the world has actually come together in support of one group of immigrants. But, as New York Times national correspondent Miriam Jordan reminded Zócalo’s virtual audience, the global embrace of displaced Ukrainians contrasts sharply with the welcome (or lack thereof) received by refugees from Africa, the Middle East, and Central America.

“What can we say about that in this moment?” Jordan asked National Immigration Forum president and CEO Ali Noorani.

Noorani, who is also the author of the new book Crossing Borders: The Reconciliation of a Nation of Immigrants, began by acknowledging the inspirational global response to the Ukrainian refugee crisis. “It’s like nothing I know I have ever seen in my lifetime,” he said. But he added that the warm response to the mass movement of people from and within Ukraine also makes the hypocrisy and racism of the current refugee resettling system—created after World War II—glaringly obvious.

“It’s really clear that the public”—who are helping Ukrainians settle into new homes and communities—“is much better than the governments who are administering refugee resettlement systems,” said Noorani.

This was a reoccurring theme throughout the discussion: that people at a local level are better equipped to think and talk about immigration than their leaders—and the best way to unite people around immigration is to act on a community level.

But on a national scale, Noorani said, we need global leadership to come together to build a new international refugee system that makes it possible for anyone to get to a safe place.

One step toward a new system is depolarizing the immigration narrative. Over the past few years, amid the Syrian refugee crisis, politicians on the right have been wielding fear and insecurity as a weapon to close borders and stigmatize immigrants. In response, Noorani and his colleagues at the National Immigration Forum have been working across the aisle with a few different conservative groups, including white evangelicals, in efforts to find common ground.

They have been trying to “understand how evangelicals are seeing immigrants and immigration, what their fears are, and what their aspirations are,” said Noorani. He and his team worked with one group of evangelical women who were “skeptical of the way the Trump administration was treating immigrants, but they didn’t have another way of thinking about it,” he said. After discussing immigration from both a policy and biblical perspective, the group eventually took a trip to Oaxaca, where the evangelical women met with migrant mothers trying to find protection in the U.S.

Jordan asked if these kinds of interactions give Noorani “reason to believe that it’s possible to have a civil conversation around immigration?”

Yes, said Noorani. “It’s not because all Americans believe that we’re a nation of immigrants.” Rather, “people are seeing that their community is a community of immigrants.” He elaborated on that statement in response to an audience question submitted via YouTube chat about responding to the fear certain Republicans foment about immigrants. Creating conversations that push back happens via people’s “in-groups,” said Noorani—their family and friends, faith groups, local law enforcement officials, and local community and business leaders.

The immigration fears that Noorani and his colleagues see come up most often revolve around “culture, security, and the economy,” he said. “If we can acknowledge those fears and then create ways so that they’re not just answered, but that people are also invited into opportunities to think and act differently when it comes to immigration, then you start to move the needle,” he said. “Too often in our politics, we don’t acknowledge those fears. We dismiss them outright, and then we keep moving.” Such dismissal or diminishing of fears can make it difficult to create consensus.

Noorani’s new book, out next week, contains stories from around the U.S. and the world, in part because he wants to take the discussion around immigration out of a strictly policy framework. Instead, he hopes to take “the realities that were being lived” in communities and “connect those to the politics and the policies that in so many ways make this debate not just complicated but really, really ugly.”

Nonetheless, a number of audience members in the online chat asked him how to convince Congress to fix the nation’s broken immigration system.

Before 9/11 and “the hardening” of the U.S.-Mexico border, there was a great deal of “circular migration” between the nations, said Noorani. For example, workers would leave Oaxaca, work eight months in construction or agriculture in the U.S., then return home. “Frankly, it worked,” said Noorani. Restrictions at the border today make such movement impossible, leaving undocumented immigrants stranded in the U.S. for years. Returning to a circular system would ease a lot of pressure at the border, said Noorani.

It would also undermine a major business for cartels. “We have outsourced nearly the entirety of our immigration system to the cartels. They are making billions of dollars just on the movement of people,” he said. In response to another audience question about how the U.S. is collaborating with Central American nations on immigration issues, Noorani said that the closing of most official immigration channels has forced desperate people to turn to unofficial channels. “The problem is not the migrant leaving Central America. The problem is really the cartel that has monetized that journey,” said Noorani. What if, instead of paying a cartel $10,000 for a visa, a migrant could pay the U.S. government $10,000 for a visa? “We have to work really hard to reframe the public’s understanding of what the problem is,” said Noorani. 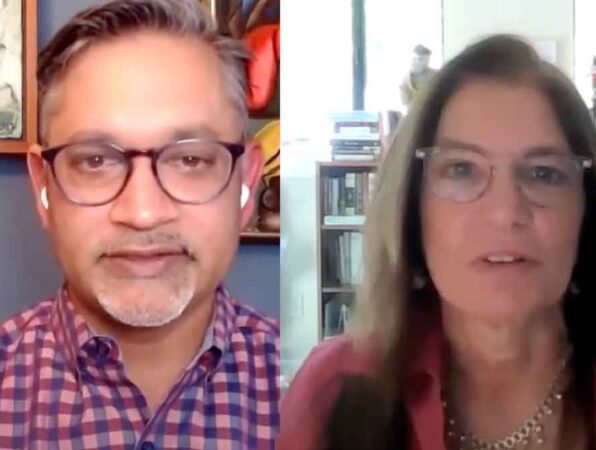 IN THE GREEN ROOM INTERVIEWS