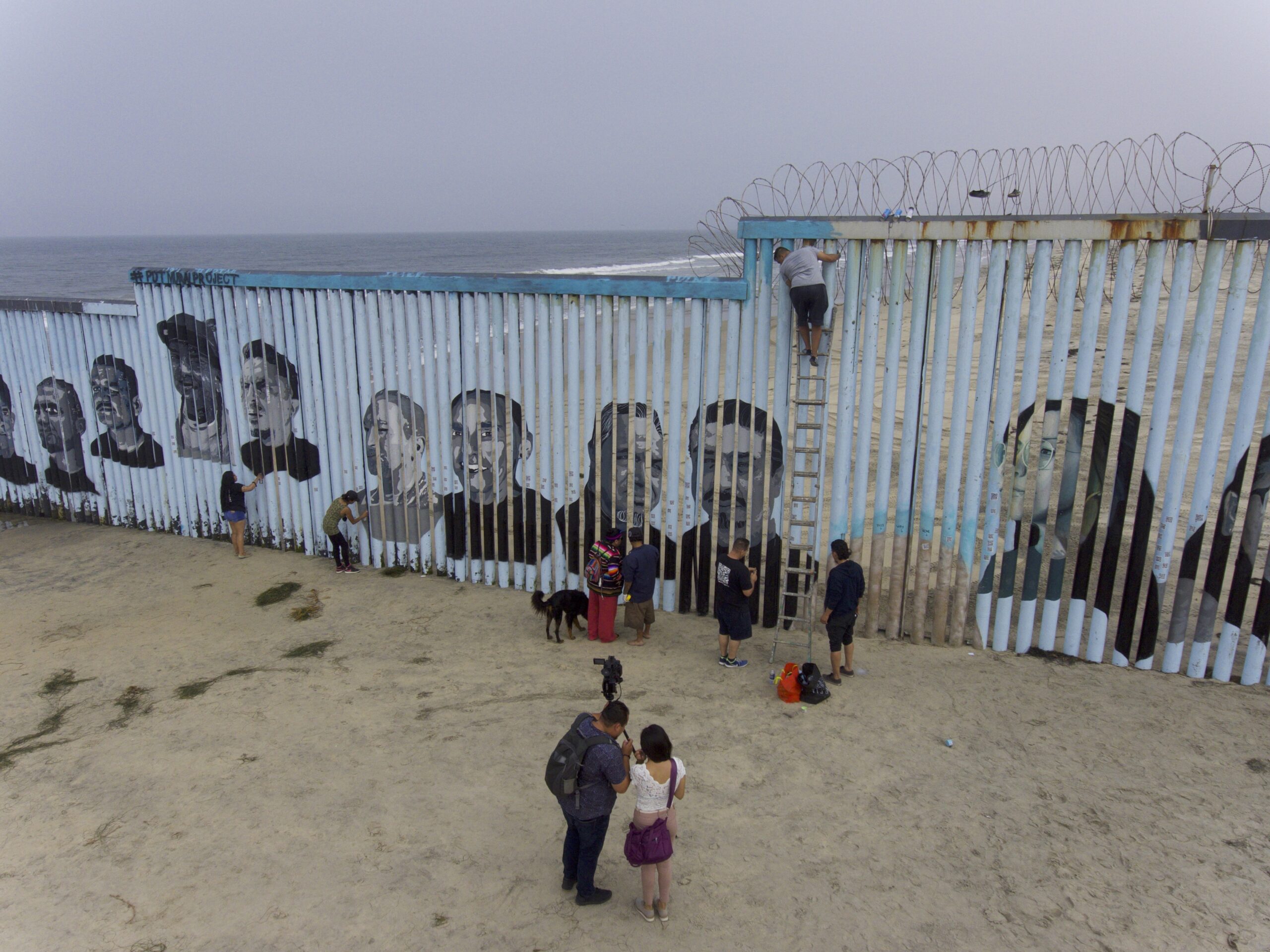 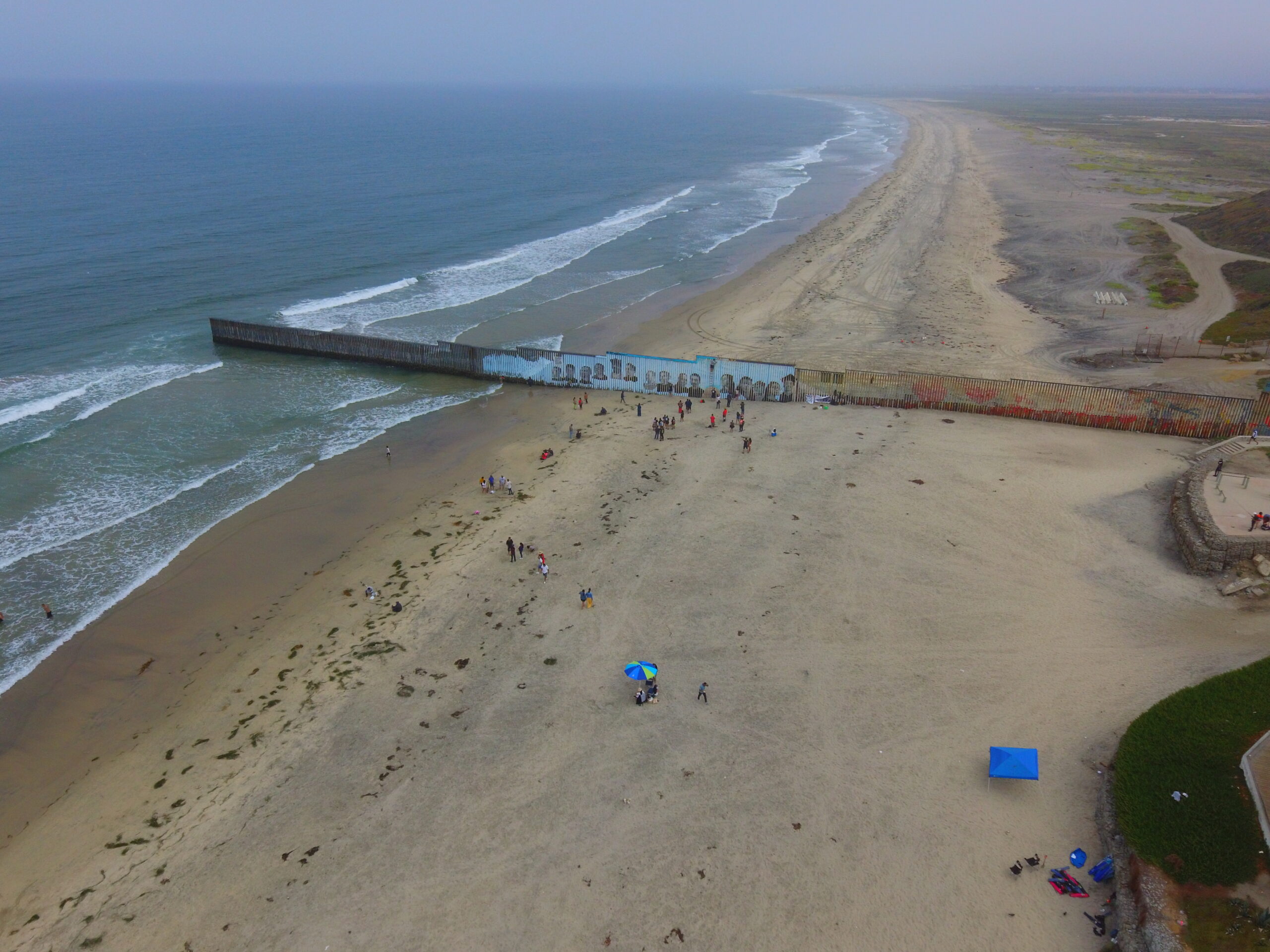 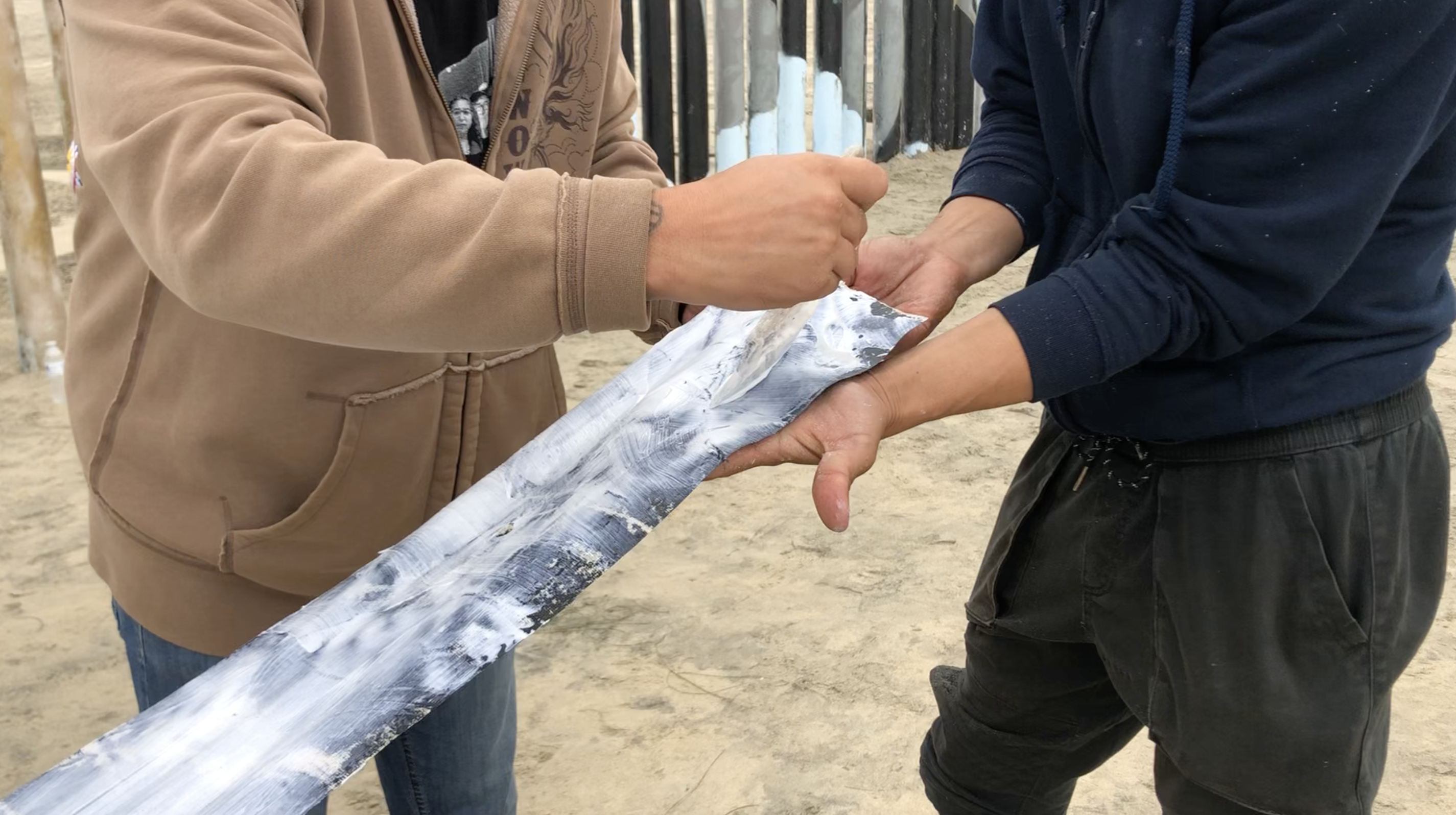 
The archive, it keeps growing. Another story. This time, Jorge. Yesterday it was Angel, the day before that, Ruben, Andy, Hector, Alex.

I first met Jorge in June 2017, at a Father’s Day celebration at Friendship Park in Playas de Tijuana. We were steps away from the border fence separating Mexico and San Diego’s Border Field State Park. Jorge, who was one of the only young folks there that day, and he reminded me of my younger brother Jose, and my friends back in Compton. Jorge, who was 26 years old, wore a long white t-shirt, high white socks, and baggy khaki shorts. He had a short haircut, tattoos, and a piercing in his ear. He mostly spoke English, and he made American cultural references, quoting artists such as Dr. Dre and Kendrick Lamar. Jorge liked to sing along with Lamar’s “DNA” when he rode in the car. The lyrics—“I was born like this, since one like this… I transform like this, perform like this”—align with his story.

At first, I thought Jorge was just visiting Tijuana. But I was wrong. He was stuck, having been deported there twice. His “crime” was being a “childhood arrival,” brought into the U.S. as an undocumented minor by his mother. It did not matter that Jorge came into the country as an 8-month-old infant and grew up feeling he was an American. Nor did it matter that he didn’t learn he was undocumented until he was 18 years old, nor that he had no family in Mexico. U.S. law would not allow him to go home.

Thousands of others, who were raised in the U.S., and who only know how to move around the world as Americans—who migrated to the U.S. as minors and became cultural and social citizens by learning English, attending American schools, participating in society, and developing a sense of belonging—languish in a similar situation.

When I met Jorge, I began to question why someone who was raised in the same country as me, and who went through the same educational system, was now forced to live abroad. I questioned why I had never heard more stories like Jorge’s back at home. In the U.S., deportation is usually described in numbers or heated rhetoric, and personal stories go untold—as if there is shame surrounding the forced removal of a generation of immigrants we raised.

At the border mural, two-way conversation is key. Deported people get to inform our understanding of deportation, a reciprocity not afforded to them by the law enforcement system, and the staunch border fence erected in its name. 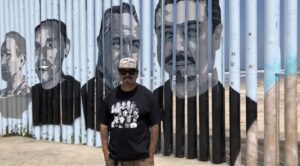 I questioned, too, the limits of being a researcher, and felt guilt for not doing more. Perhaps I was motivated by being part of a mixed-immigration status family that is no stranger to deportations. I wanted to be a vocera, an advocate. I wanted to force audiences to engage with the stories I was hearing.

Bearing witness to the human impact of deportation became a starting point for the Playas de Tijuana Mural project, which I launched in August of 2019 and concluded in July 2021. Located on the westernmost point of the Mexican side of the border, at the edge of the Pacific where Playas de Tijuana meets San Diego, the mural stretches 150 feet long and 20 feet high. Its 15 grayscale portraits are made out of cloth, and were painted in an art studio and a migrant shelter before being cut up into strips and glued directly onto the border fence. The mural is interactive: viewers can point their phones at QR codes located next to each portrait to access YouTube videos of audiovisual stories put together by the migrants themselves, part of the Humanizing Deportation and DACAmented: DREAMs Without Borders digital storytelling projects.

The backdrop baby-blue paint blends into the sky, and creates the illusion of erasing the border. It highlights the faces on the mural and the human stories they tell, upstaging the border fence itself. Depending where a visitor stands, they will see a version of the mural unique to their perspective. The mural becomes metaphor: Throughout life, we choose how to read and see the stories that are presented to us, and the process can change our perceptions. 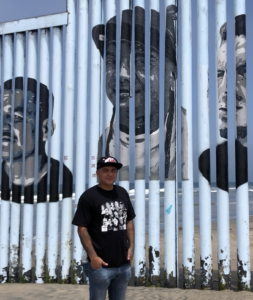 For many U.S. childhood arrivals, the border fence is a constant reminder of their exile from their families and a country that helped shape their identity. Such is the case for Chris Cuauhtli, a mural subject who was born in Tamazula, Jalisco, illegally adopted by U.S. citizens at the age of 3, and raised in Sacramento. His adoptive parents never legalized his immigration status, and he was deported in 2019. Chris is now an English teacher, translator, and tattoo artist in Tijuana. Isaac, who was born in Oaxaca, and raised in the San Diego metropolitan area, was pulled over at an immigration checkpoint. He was a student with no criminal record, but he was arrested and deported anyway, the border patrol agent commenting, “Congratulations! You are the first person we get for the month of June.” Alex Murillo, a U.S. Navy veteran and U.S. childhood arrival, questions, “Why was I good enough to fight and die for America but I’m not good enough to live there?” Immigrant veterans hold permanent resident status and thus are eligible to enlist in the military, but receive no special consideration in deportation proceedings. Outrageously, the most accessible way for deported veterans to return to the U.S. is by dying. It is only then that they are repatriated for their military funeral, and buried with honors.

In putting the project together, I wanted to change the way we consider art-making. It was vital for the storytellers to paint their own portraits. Instead of producing the mural himself, the lead artist, Mauro Carrera, provided tools for the storytellers to become artists. Together, the storytellers, volunteers, Carrera and myself drew the portraits—using a projector and Sharpies we traced photographs of each storyteller onto cloth. We then painted each face using gray tones we mixed ourselves. Through this method, the storytellers got to control how they would be seen and understood by others, creating a counter-narrative to the media and political rhetoric that prevails on the other side of the border. 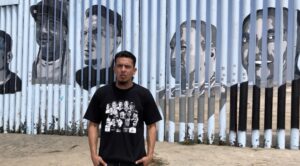 At the border mural, two-way conversation is key. Deported people get to inform our understanding of deportation, a reciprocity not afforded to them by the law enforcement system, and the staunch border fence erected in its name. Throughout the project, there is a spark of resistance, of reclaiming the barrier that continues to inflict violence on the storytellers. Because of the mural, Javier Salazar feels others care about him and is no longer alone in fighting for his return home. Daniel Ruiz feels empowered to continue sharing his story because he knows others are willing to listen. José Avila, who was deported to Tijuana in 2021, shares appreciation for finding a community through the project—a group of folks who provide support upon arrival in Tijuana, helping U.S. childhood arrivals adapt to Mexican society, culture, and bureaucratic processes.

Research demonstrates that most Americans support the legalization of immigrants brought to the U.S. as children. But the various proposals to benefit the approximately 800,000 childhood arrivals—legislative efforts such as Deferred Action and Childhood Arrivals (DACA) and the Development, Relief, and Education for Alien Minors (DREAM) Actcontinue to fall short. DACA and the DREAM Act, while seeking to protect a selective group of immigrants, set eligibility guidelines that creates a deportable class of childhood arrivals excluded from legal protection.

So far, the mural has withstood weathering and some vandalism. As long as it stands, it will invite visitors to inquire about the 15 faces on its surface. Viewers, who perhaps only engaged with this ongoing American sin in a superficial way, can begin to understand the circumstances that led a generation of immigrants, as American as any of us, to be banished to a country they don’t recognize.

My intention is for people to leave the space not able to unsee or unhear the stories, and unable but to learn more. The simple act of scanning a QR code can fold any viewer into the conversation, presenting the option to become an advocate or a perpetrator. The storytellers talk, and the visitors ask: Which am I?