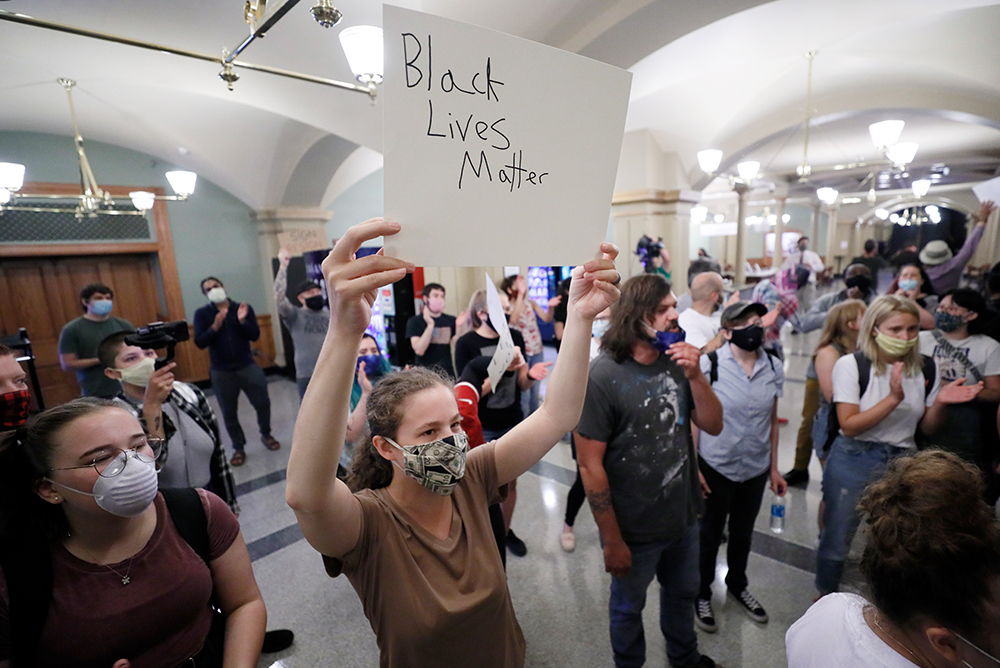 Recent debates over how race fits into American politics have centered on one word: “woke.” Florida’s “Stop WOKE Act,” which took effect in July, is intended to restrict how schools and businesses can talk about race. While this policy was part of Republican Gov. Ron DeSantis’ campaign against critical race theory, Democratic Party members have used similar language to argue against making race a central issue of their political platform. In November 2021, long-time Democratic Party strategist James Carville claimed “stupid wokeness” was to blame for the party’s loss in the Virginia gubernatorial election.

The idea of “staying woke” became an important refrain among Black Lives Matter activists after a spate of police killings of Black men, including Michael Brown in Ferguson, Missouri. These debates over “wokeness” are the latest in a long history of Republican efforts to win over white Democratic swing voters with racially conservative attitudes that political scientists call “racial resentment.” Democrats have often tried to maintain support from these whites by staying silent on racial issues.

But my research shows that racial resentment among white Democrats is at all-time low and by failing to take stronger positions on racial justice—out of concern they could alienate moderate whites – the party is missing a historic political opportunity.

Since the civil rights movement of the 1950s and 1960s, Democrats have taken gradually more progressive positions on racial justice issues, social welfare programs, and immigration policies than Republicans. As a result, majorities of racial and ethnic minorities have increasingly supported the Democratic Party and self-identified non-Hispanic white voters have steadily allied with the Republican Party. According to data from the American National Election Studies (ANES), in 1968, 52 percent of white Americans identified as Democrats and 37 percent as Republicans; by 2020 those values had reversed: 53 percent of white voters were Republicans, while only 37 percent of white voters aligned with the Democratic Party.

There is empirical evidence that Democrats could see gains if they embrace the progressivism of their core constituencies: racially liberal white voters and people of color.

But even as the party’s non-white voter base grows, Democrats have continued to express concerns about losing white voters because of racial positions. In 2017, a former Bill Clinton pollster blamed identity politics for weakening the party’s electoral chances. Earlier this year, racial justice activists like Cliff Albright, co-founder of Black Voters Matter, chided President Biden for omitting racial justice issues in his State of the Union Address, even as he addressed his nomination of Ketanji Brown Jackson, the first Black woman to serve on the U.S. Supreme Court.

My research suggests, however, that when Democrats stay silent on race to appease white moderates, they are making a tactical error. It’s a lose-lose situation for Democrats who are soft on racial justice because Republicans will still attack them for being too liberal. In Arizona, Ohio, Georgia, Pennsylvania, Texas, West Virginia, and elsewhere, Republican candidates aligned with former President Donald Trump continue to take aim at Democratic positions on identity politics, regardless of Democrats’ reluctance to raise the issue. Additionally, when Democrats avoid racial issues, they fail to address the needs of their large, and growing, constituency base of people of color and risk alienating their own base of support.

Social scientists such as Donald R. Kinder and Lynn M. Sanders introduced the concept of white “racial resentment” to describe the more subtle forms of racial prejudice that emerged after the civil rights movement. Instead of extreme beliefs about biological inferiority and preferences for segregation, racial resentment addresses a more covert type of racism that is expressed in the language of personal responsibility and denial of racial discrimination.

Researchers measure this form of prejudice primarily through survey research. Respondents are asked questions about perceptions of work ethic and personal responsibility. For example, respondents are asked how strongly they agree with statements like, “Irish, Italian, Jewish, and many other minorities overcame prejudice and worked their way up. Black people should do the same without special favors.” And: “Generations of slavery and discrimination have created conditions that make it difficult for Black people to work their way out of the lower class.” Individuals who deny the consequences of racial discrimination and blame Black people’s poor work ethic for racial disparities receive a higher “resentment score.”

This suggests that Democrats have an historic opportunity to advance more racially progressive policies. By leveraging burgeoning white progressivism on race, Democrats may also serve the interests of—and thereby, attract—another crucial constituency: people of color, whose support for the Democratic Party appears to have eroded somewhat in recent years.

We find that during the 1980s and 1990s, white Democrats had only slightly lower levels of racial resentment than white Republicans, and both were more politically conservative than now. The two groups began drifting apart in the early 2000s, a trend that accelerated at the beginning of Barack Obama’s presidency in 2008 and became a gulf by 2016. By 2020, the two parties were further apart than ever. While white Democrats’ resentment scores declined dramatically, white Republicans’ racial resentment scores in 2020 had not changed much since 1986, the same year Howard Beach race riots in Queens, New York, killed a Black man and the state of Arizona rescinded the Martin Luther King Jr. holiday.

There are two likely explanations for this trend: More racially prejudiced white Democrats have left the party in recent years, or they have substantially changed their views. Multiple surveys of the same individuals between 2011 and 2020 provide evidence for the latter explanation: they show that whites who remained Democrats have expressed less racial resentment over time.

The next critical question for political researchers and Democratic strategists is: Does declining racial resentment among white Democrats suggest there is greater support for specific policy solutions?

Our analysis shows that many white survey respondents in 1980s and 1990s opposed policies that are perceived to benefit Black people, disproportionately, such as affirmative action and welfare spending increases.

Our analysis suggests that the Democratic Party’s reluctance to take stronger positions on racial justice due to concerns about racially resentful whites is a lost opportunity. There is empirical evidence that Democrats could see gains if they embrace the progressivism of their core constituencies: racially liberal white voters and people of color.